Working in close collaboration with local volunteers and Community of Komańcza, a team of archaeologists from Kraków’s Jagiellonian University have discovered the remains of two World War One cemeteries as well as solved the mystery of an obelisk mentioned in The Good Soldier Svejk around Łupków in the region of Podkarpacie.

Containing the graves of soldiers killed during the winter battles for the Łupkowska Pass in 1915, the cemeteries are thought to have been later built two years later before falling into disrepair and being swallowed by nature. 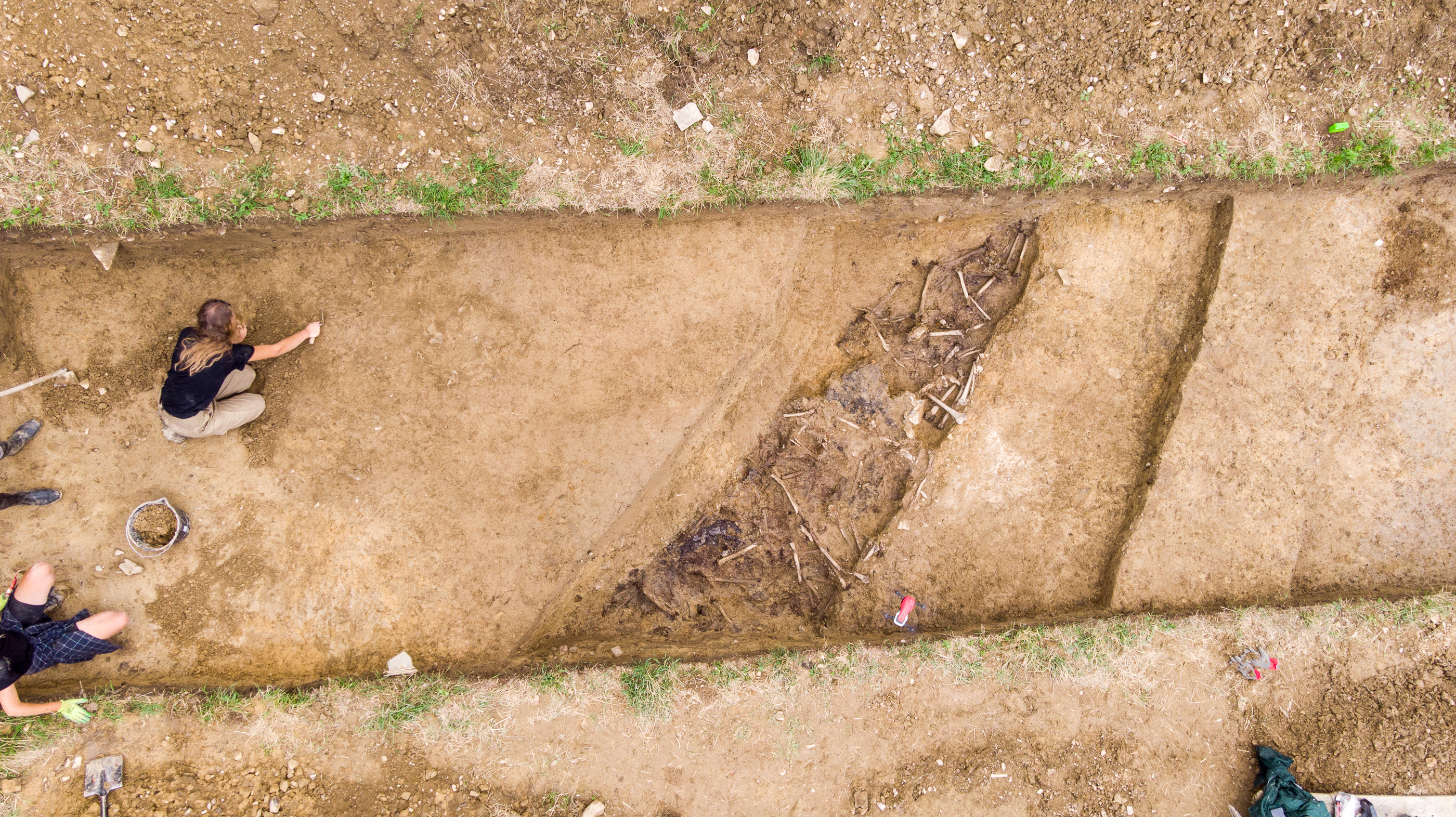 The graves contain the remains of soldiers killed during the winter battles for the Łupkowska Pass in 1915.Press materials

“At the end of WWII and just after there were lots of clashes between Poles and Ukrainians in this area,” says Dr. Marcin Czarnowicz, the lead archaeologist heading the Jagiellonian team. “A huge number of people were expelled from their homes, and that resulted in the degradation of the area. Villages simply vanished, and so too did cemeteries.

Discovered in Łupków and Zubeńsko, the cemeteries have yielded fragments of equipment, hundreds of cartridge cases and personal belongings such as, for example, a wallet.

“That’s been sent to the conservator,” says Czarnowicz. “We found it with a piece of paper sticking out of it so we’re hopeful that it might be a personal document that will reveal who was buried here.” 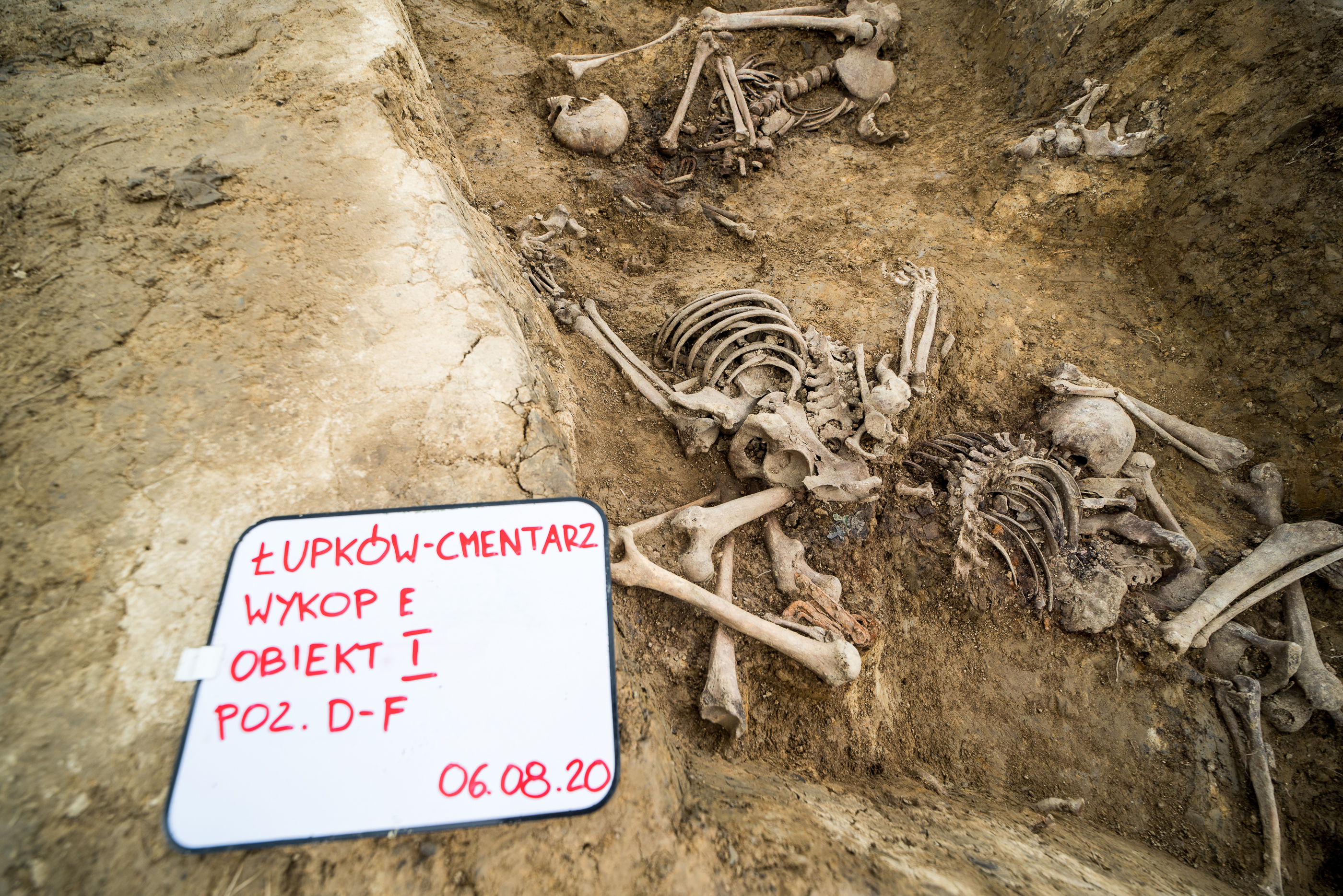 The finds have helped forge a better understanding of the soldiers’ daily lives and habits, not to mention their beliefs.Press materials

Other finds, adds Czarnowicz, have helped forge a better understanding of the soldiers daily lives and habits, not to mention their beliefs.

“The Russian soldiers, for instance, often carried pocket knives and religious crosses,” says Czarnowicz, “something that we’ve found to be in complete contrast to the Austro-Hungarian troops.”

Likewise, the discovery of the two cemeteries has also lent researchers a deeper insight into the way the dead were buried. In this case, the graveyard at Łupków consisted of two individual sectors divided between Russian and Austro-Hungarian soldiers. In Zubensk, however, the cemetery took the form of four semi-circles, three in which bodies from both sides were buried. 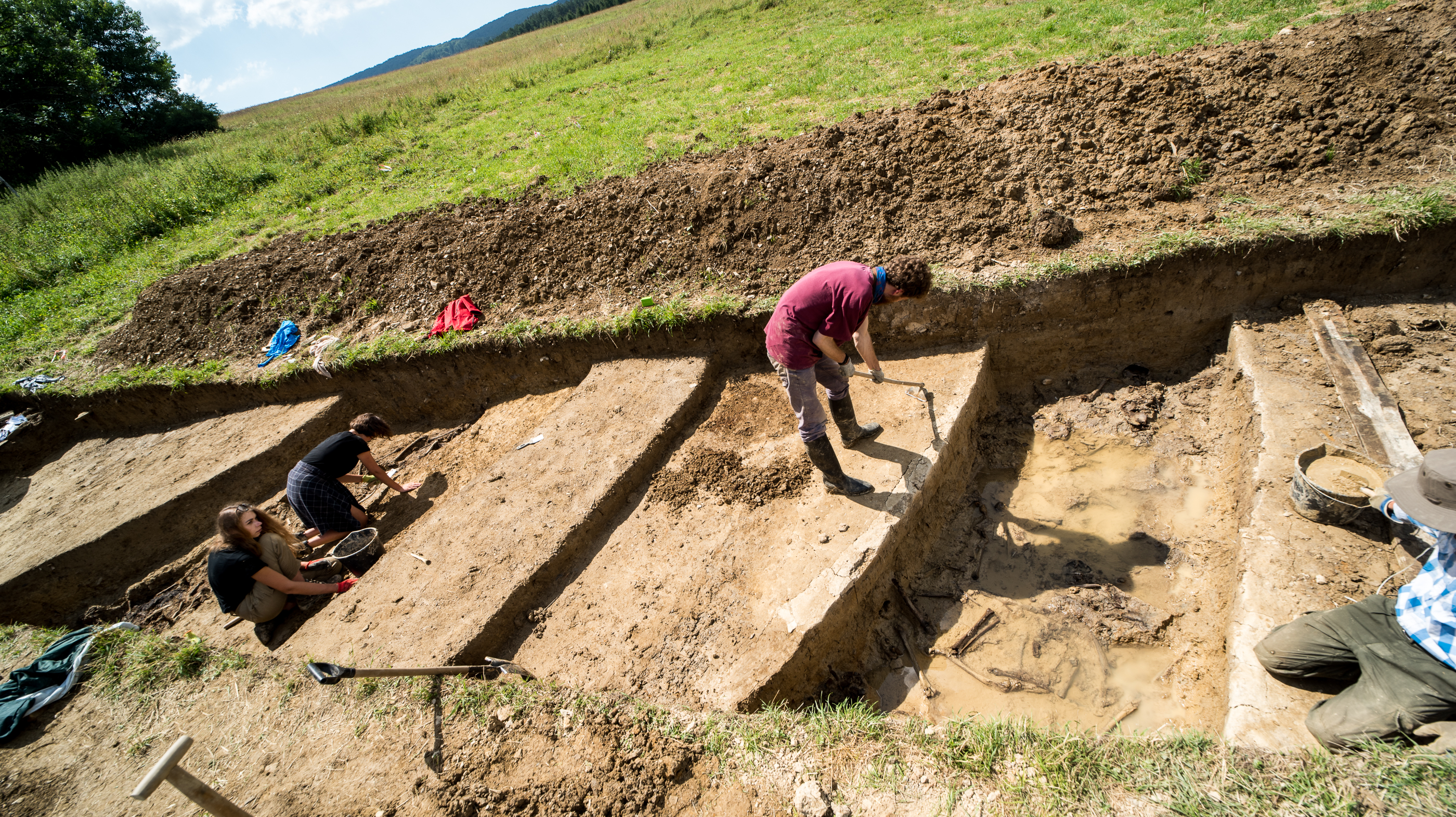 The graves were discovered by a team of archaeologists from Kraków’s Jagiellonian University.Press materials

Of equal importance has been the discovery made nearby from the obelisk featured in Jaroslav Hasek’s best-selling book The Good Soldier Svejk.

“The monument was in such bad shape that we were afraid to excavate around it. It has a rectangular space outlined with concrete construction in front of it. A similar thing built in the same manner was located about 1.5m to the west.

“This place was excavated by my team,” says Czarnowicz, “inside an empty coffin was found most probably belonging to a Red Army Officer who died in November 1944. Putting all the puzzles together we deducted that obelisk itself was erected in 1916 to commemorate the fighting between Austro-Hungarians and Tsarist units but was later used to bury Red Army officers.”

These latest findings are part of a wider ongoing project that was first initiated in 2015 and represents the tip of the iceberg. 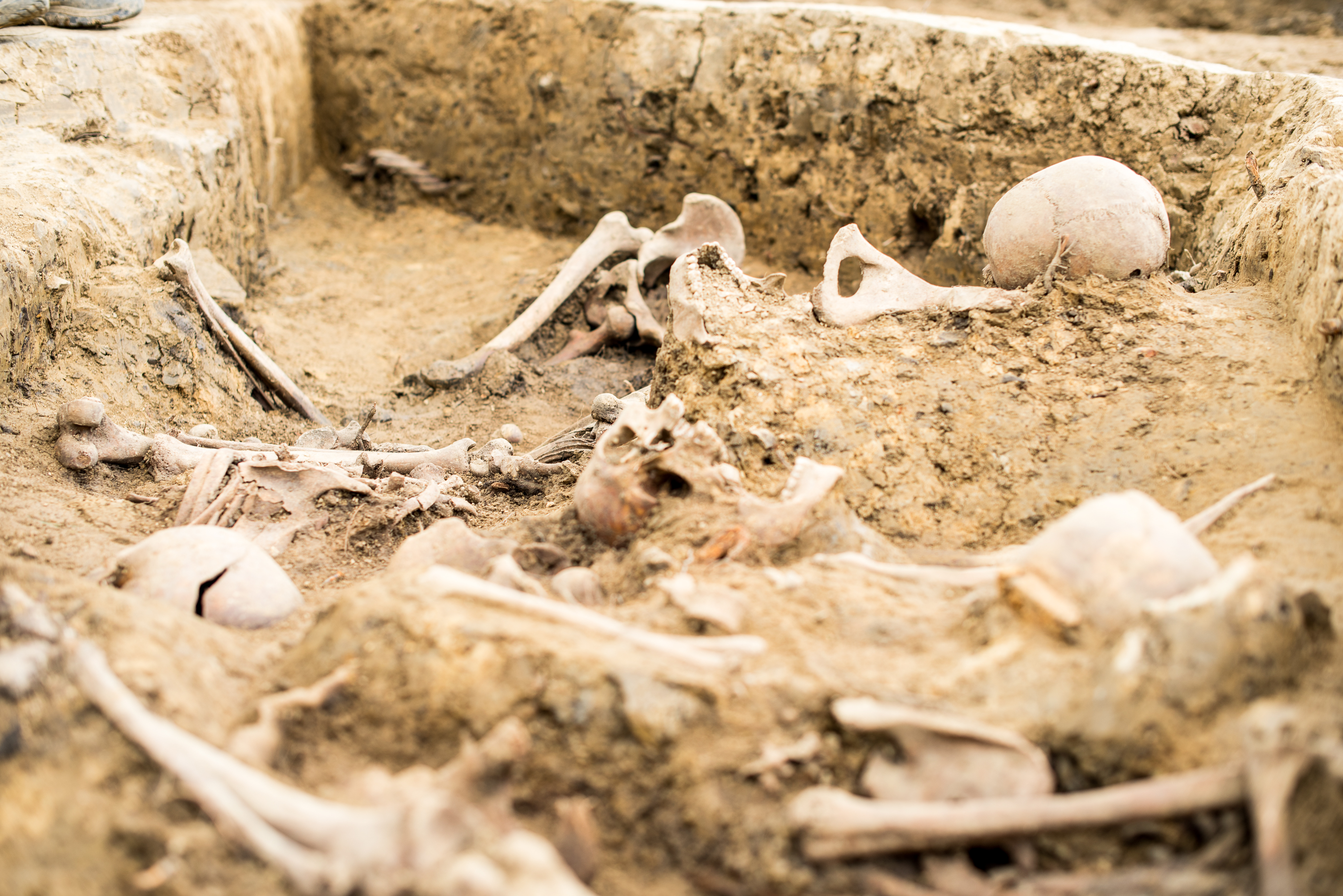 The team believes there could be more human remains in the area.Press materials

“It’s difficult to say how many bodies remain to be found, but for certain there’s thousands out there,” says Czarnowicz.

The highly fluid nature of the frontline and the ferocity of the fighting means that yet more cemeteries are guaranteed to be found.

“Both armies sustained high losses here but with so many casualty lists lost in battle and very thinned out archives it’s hard to put an accurate figure on them,” continues Czarnowicz. “It’s quite possible that there might be hundreds of such cemeteries so we will never find them all, but with the help of the local community we can certainly find many more.” 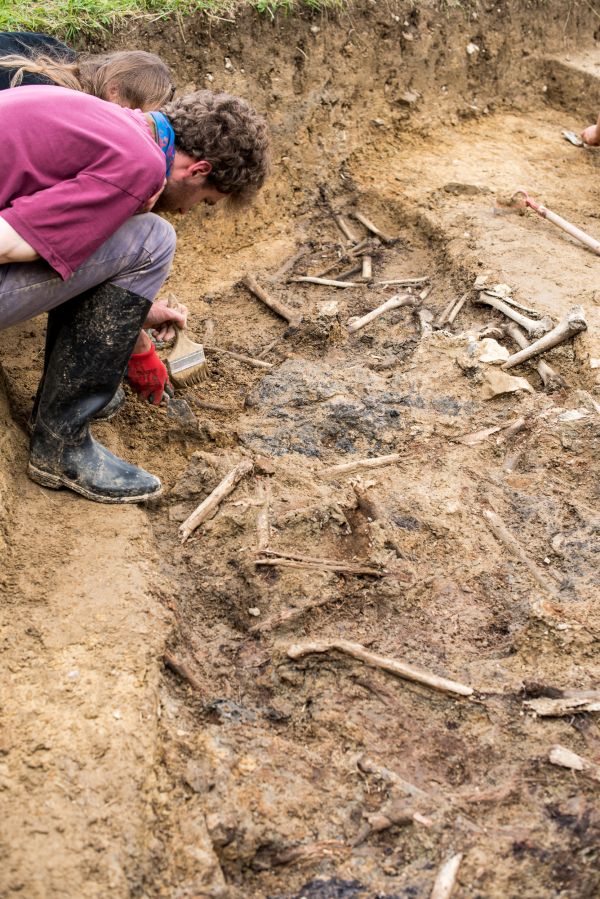 “It’s difficult to say how many bodies remain to be found, but for certain there’s thousands out there,” says Czarnowicz.Press materials

In this regard, Czarnowicz is quick to praise the enthusiasm of the locals  as well as the warmth with which they have received his team.

“Originally we were a little hesitant that the local reaction to us wouldn’t be so positive, primarily because pupils tend to be taught that this was a war between Russia , Austria and Germany,” he says. “Now, however, more people are coming to realize that Poles also fought on this front as well and that’s made people more receptive. Actually, in the area we’re working we’ve learned that one of the units was 95% Polish.

Due to resume their work in the area later in the month, other developments also await, not least the launch of a smartphone app that will allow visitors to follow cemetery trails as well as the line of the front.