An appeal has been launched to find a young woman who mysteriously disappeared after her husband was killed for saving the life of another woman who had been sold to Red Army soldiers as a sex slave for a bottle of vodka.

Lidia Przerwa was last seen in 1947 when her husband Jerzy Przerwa, a lieutenant in the Polish People’s Army, was executed by firing squad over the deaths of three Soviet soldiers in the western town of Leszno.

At the time, Lidia was six-months pregnant, desperate and was forced to leave her apartment.

Where she went and what happened to her nobody knows.

The only known photograph of Lidia shows her lying in the snow and holding a large snowball as she smiles at the camera. 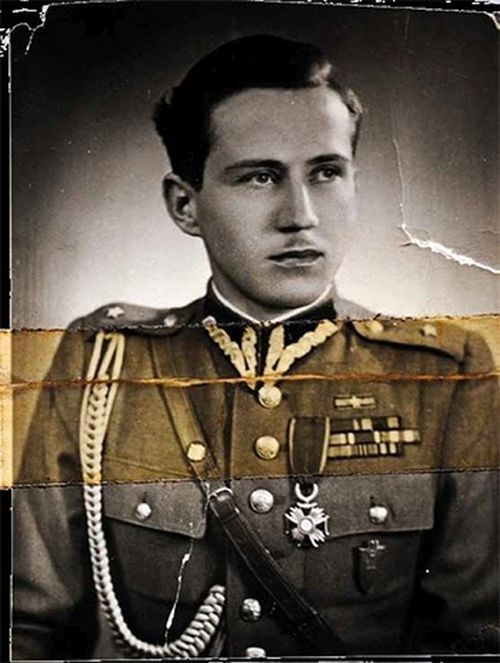 For almost two decades, veteran investigative reporter Krzysztof M. Kaźmierczak, who has been researching what is called the Leszno Skirmish, has been trying to find out what happened to her.

But despite publishing dozens of articles and three books on the subject and tracing most of the people involved in the extraordinary incident, Lydia’s fate remains a mystery.

Almost nothing is known about her, apart from that her maiden name was Mioduszewska.

Now the Institute of National Remembrance has joined in the hunt by launching an appeal for any information that may help solve the mystery.

Kaźmierczak told TFN: “There are strong clues that suggest Lidia went to America, or even that she came back to Poland from there after the war. 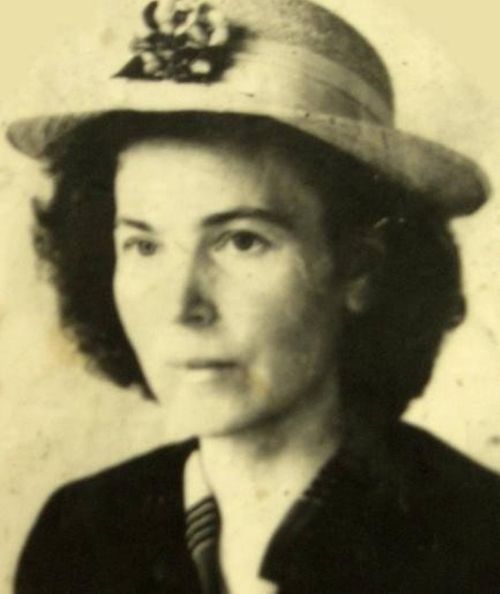 Zofia Rojuk was being transported from Pomerania to Legnica with her captors when she managed to tell another passenger that her husband had sold her for a bottle of vodka, her baby had been taken and the soldiers were taking her to their barracks as a trophy.Krzysztof M. Kaźmierczak

“Perhaps her family had sent her away before the war. She was Jewish after all. She may have come back to Poland after the war to look for her family.

“Communism hadn’t been fully installed yet. She may have met Jerzy and fallen in love

“She may even still be alive, so this is the last chance to find her.”

In March 1947, Lidia had been married for just a few weeks.

Her 22-year-old husband Jerzy was in command of a platoon of soldiers in Leszno. 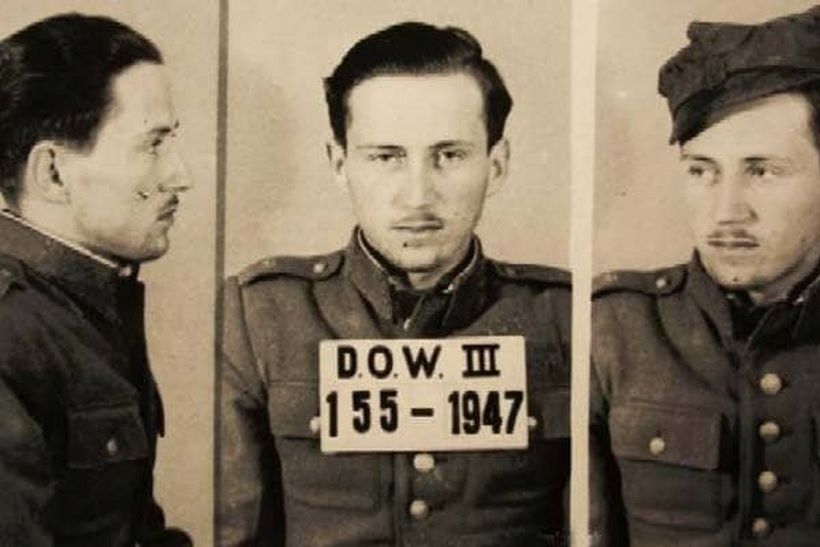 After a skirmish between Przerwa’s men and the Soviet soldiers left two Red Army officers and a soldier dead, he was arrested and sentenced to death.Krzysztof M. Kaźmierczak

In the middle of the night, one of his men knocked on the door to report that a woman was being held captive on a train by drunken Soviet soldiers at the train station in the town.

The woman, Zofia Rojuk, was being transported from Pomerania to Legnica with her captors when she managed to tell another passenger that her husband had sold her for a bottle of vodka, her baby had been taken and the soldiers were taking her to their barracks as a trophy.

Her fellow passenger managed to alert railway workers who then telephoned the station in Leszno where a militia officer tried to intervene.

When the Soviet soldiers threatened him with their guns, he contacted the local People’s Army garrison headed by Lidia’s new husband Jerzy Przerwa.

Despite his young age, Przerwa was an experienced officer who had fought with the Polish army all the way to Berlin and had been decorated several times. 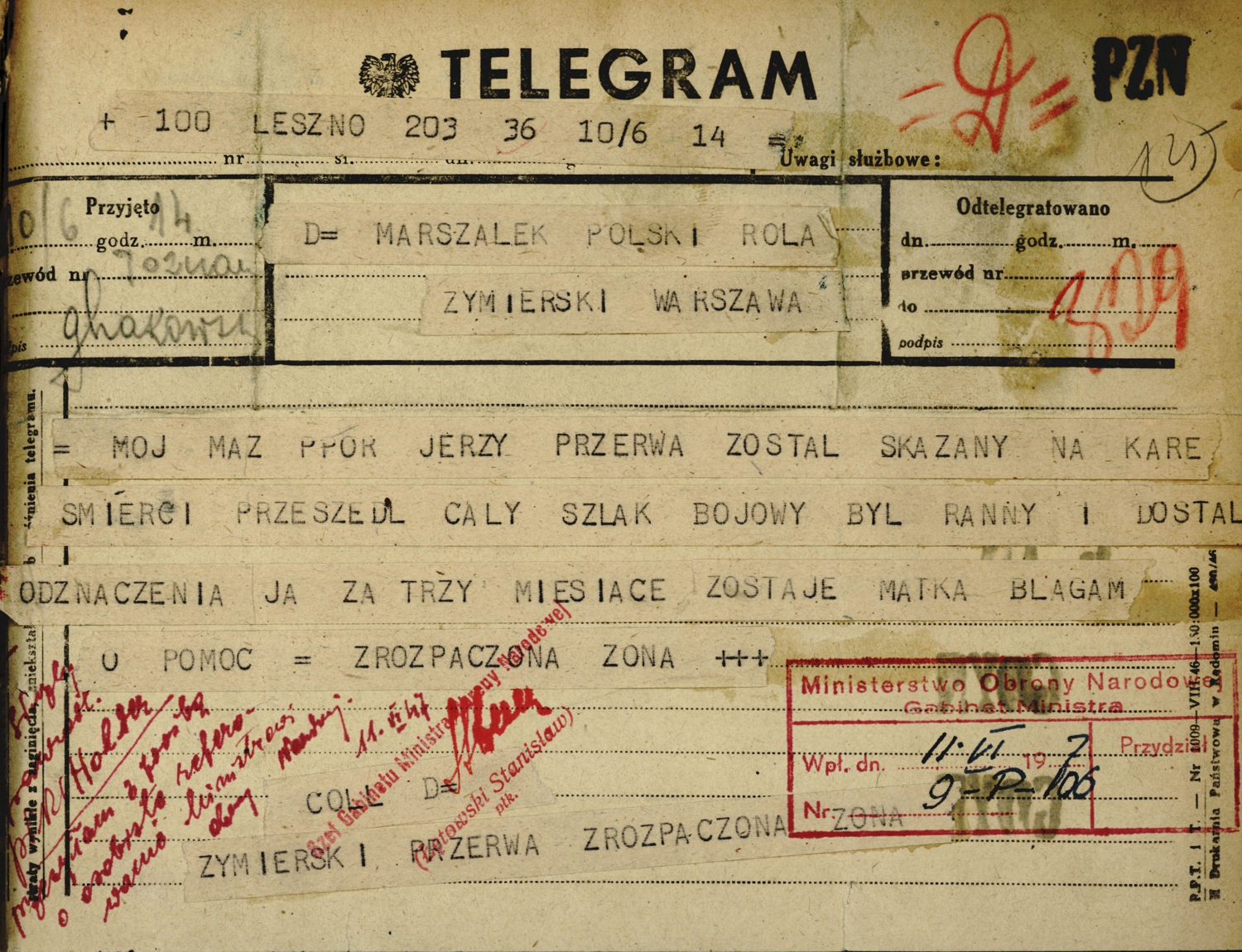 In a desperate bid to save her husband, the young Lidia sent a telegram to Marshal of the Polish Army Michał Rola-Żymierski pleading for his mercy. It was the last time she appeared in records.Krzysztof M. Kaźmierczak

Taking a sixteen-man team to the station, he ordered his soldiers to load their weapons and surround the building as he began talks with the commander of the Soviet unit.

Przerwa’s men were not to let anyone out of the station building until the officers had come to an agreement but when the Red Army men eventually came out, an argument erupted which resulted in the drunk Soviets beginning to fire their weapons.

In the skirmish that followed, two Soviet officers and a private were killed, and five Red Army soldiers were wounded.

Przerwa and his men were promptly arrested, put on trial and sentenced to death, despite the evidence against them being contrived.

In a desperate bid to save her husband, the young Lidia appeared in court to give evidence and sent a telegram to Marshal of the Polish Army Michał Rola-Żymierski pleading for a stay of execution. 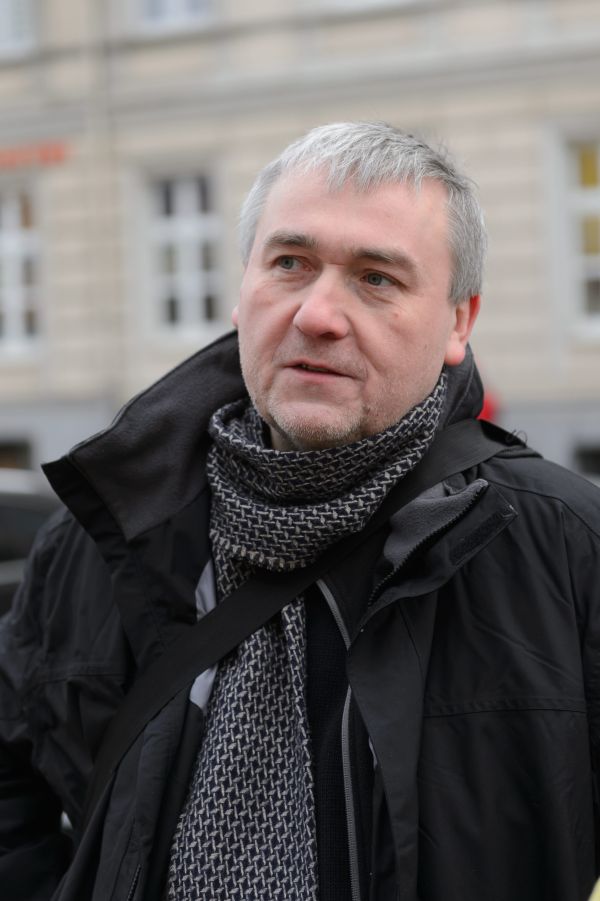 For almost two decades, veteran investigative reporter Krzysztof M. Kaźmierczak, has been trying to find out what happened to Lidia. Jakub Kaczmarczyk/PAP

In the telegram she wrote: “My husband Lt. Jerzy Przerwa has been sentenced to death.

“He fought throughout the war, was injured and received honours.

“In three months I will be a mother. I am begging you for help.

That was the last time she appeared in the records. 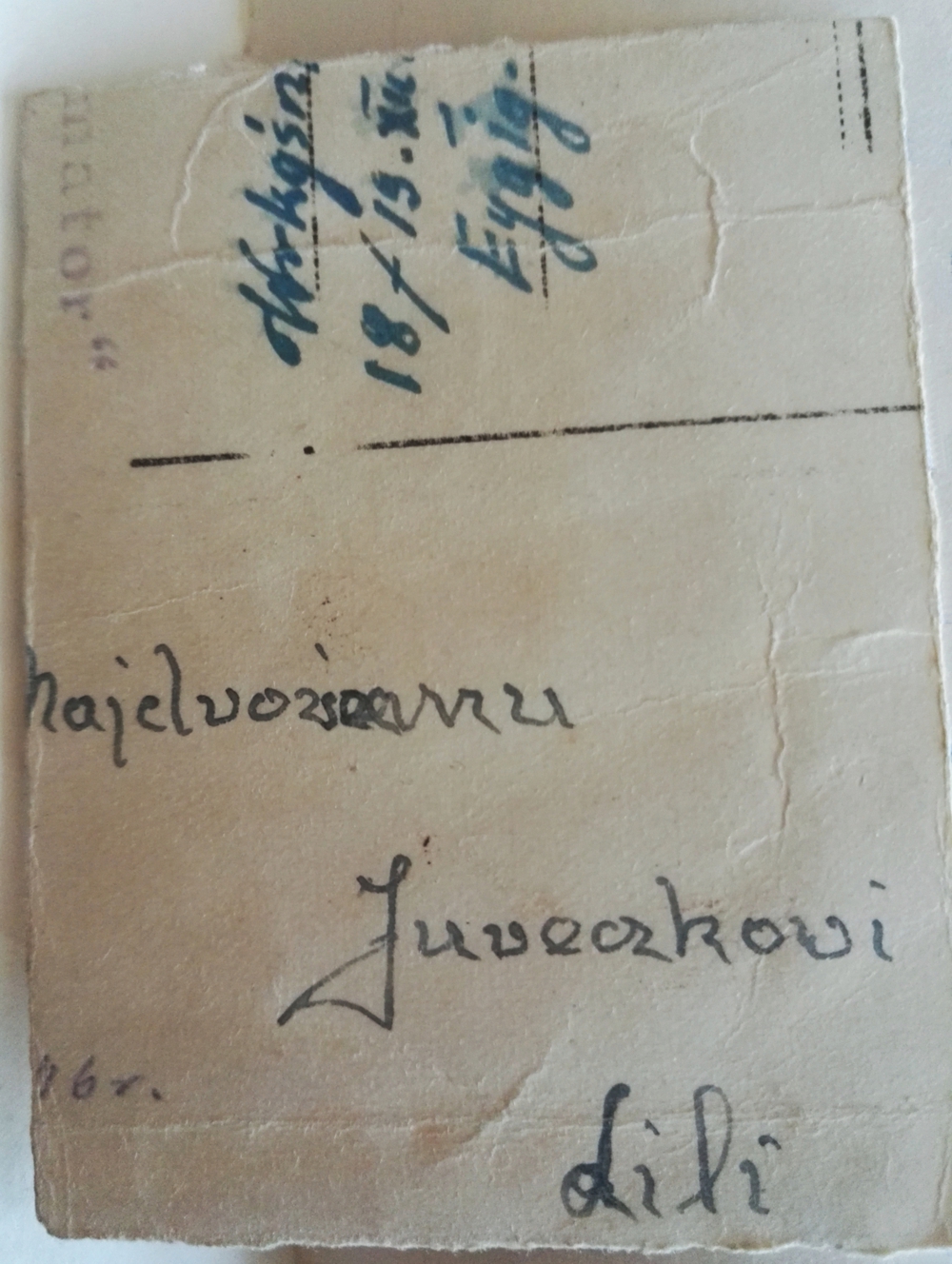 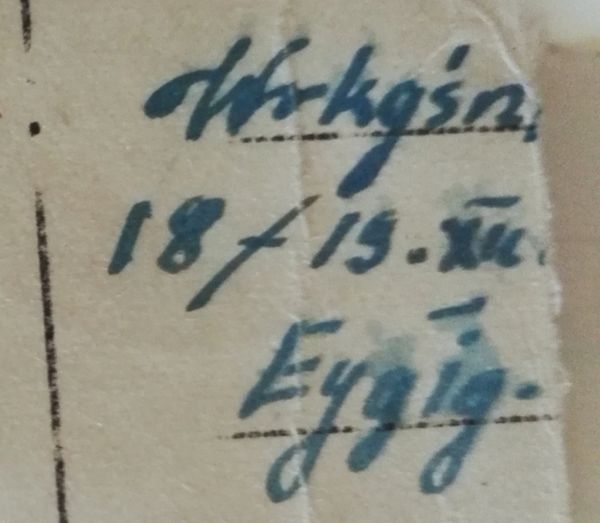 Kaźmierczak believes that clues written on the back of Lidia’s photo may help solve the mystery.Krzysztof M. Kaźmierczak

A few years ago, investigative journalist Kaźmierczak managed to track down the son of Jerzy Przerwa’s sister.

Kaźmierczak said: “He remembers that his parents always referred to Lidia as the “American”. There are two possibilities. The first is that somehow she left for the US after her husband was killed.

“The other, more likely in my opinion, is that she came back to Poland from the US.”

Support for this theory can be found on the back of the only surviving photograph of Lidia.

He said: “A big clue is what Lidia wrote on the reverse of the photo. ‘My dearest Jureczek’, but in Polish she misspells the word ‘dearest’ (najdroższemu) and has to correct it, suggesting that perhaps although she knew Polish language, she may have been out of practice, especially in writing.” 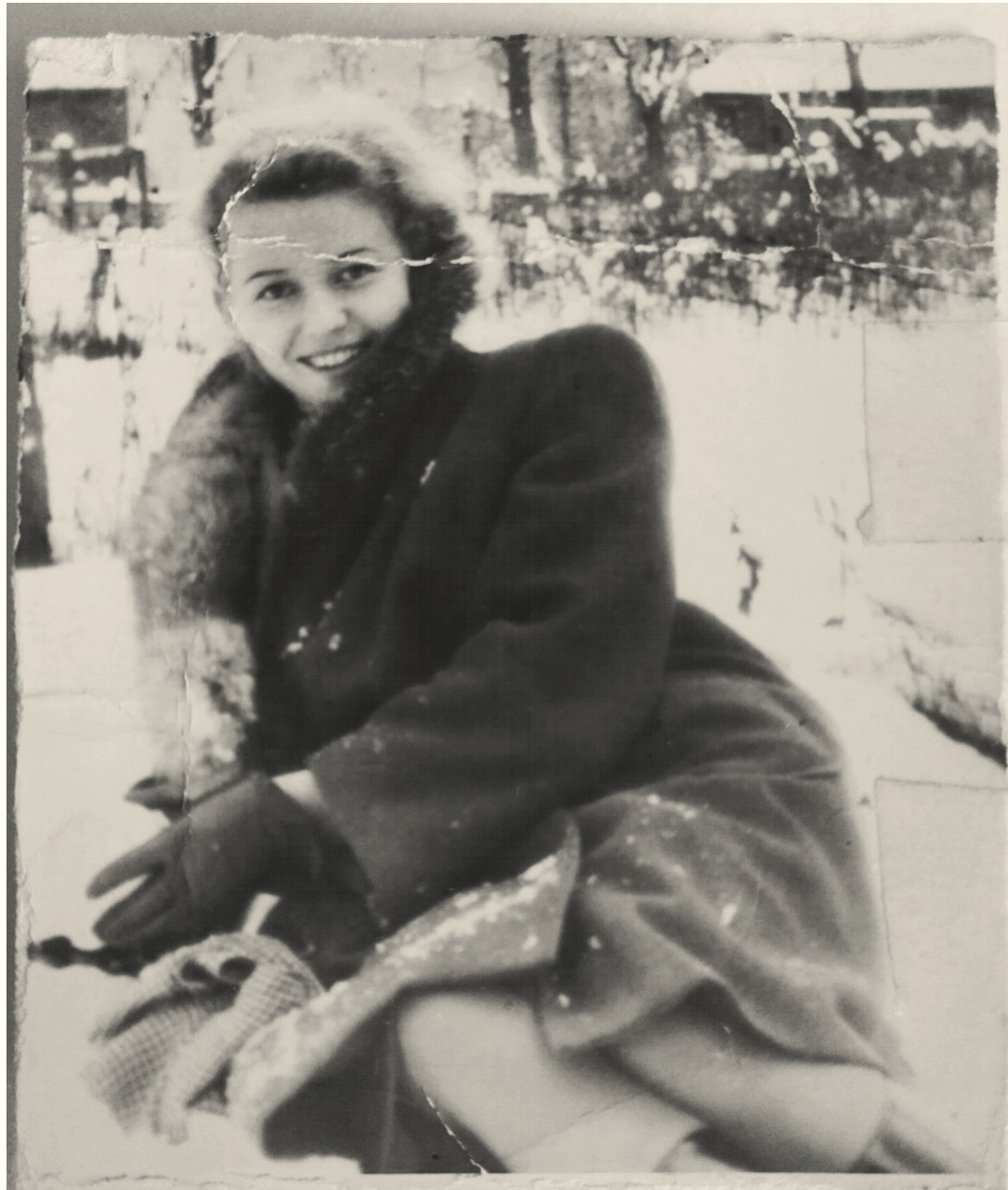 The only known photograph of Lidia shows her lying in the snow and holding a large snowball as she smiles at the camera.Krzysztof M. Kaźmierczak

A further riddle is an additional, yet illegible handwritten note on the back of the photograph.

Kaźmierczak said: “I don’t understand what it says but it may be important.”

“It is in a different ink and I suspect that it was added by Jerzy’s sister. Perhaps Lidia sent the photo to her, so that she could pass it on to her brother.”

A final theory is that Lidia may have gone to Israel. “The events were happening around the time that the State of Israel was being created. Many Polish Jews went there at that time. I had someone look in Israeli archives but they found nothing,” he said.

Józef Krasowski proved he’s ‘knot’ too bad after becoming the youngest Pole to ever win a world championship sporting event when he secured a blistering 36 point victory at the O’pen Skiff international regatta in Calsetta, Sardinia. So, how a-boat that!

It’s not the sights that make Wschowa so special, it’s the atmosphere