A new money app which allows you to get paid earlier than normal is gaining international praise from the world of finance.

The brainchild of technologists Piotr Smoleń and Daniel Wartołowski, the app offers credit through what the company, Symmetrical, calls the credit cloud.

“We want the financial industry to function similarly to the stock exchange. That taking a loan resembles an IPO. You show your data, based on which you get quotes from market participants and decide to cooperate with who has made the best offer to you,” Piotr Smoleń co-founder of Symmetrical told Polish Forbes.

Access your money: The app will allow you access to your salary early with just a few clicks.   Symmetrical

The Warsaw based start-up has also registered in London, protecting its ability to operate throughout Europe whatever will happen with Brexit. The varying financial regulations of countries outside the EU could, however, slow the growth of the company.

“We want Symmetrical to be able to become a financial institution within a few minutes,  providing  services on a global scale. The biggest challenge is that we have to create a legal infrastructure for every market in which our potential clients operate. We assume that the firm that does this the fastest will become the first choice partner for the largest companies,” Smoleń said. 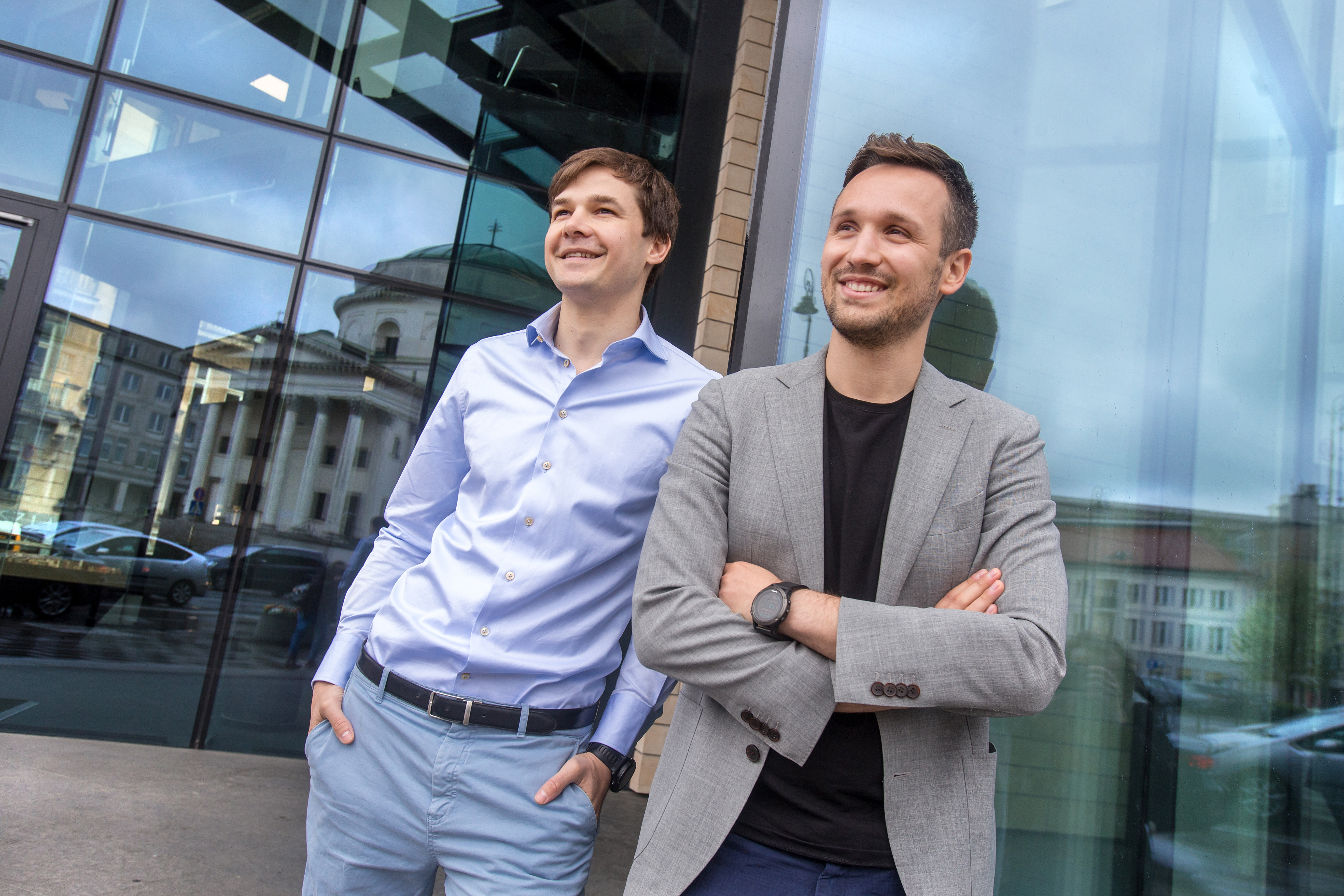 The app which offers credit through what the company calls the credit cloud is the brainchild of Piotr Smoleń (R) and Daniel Wartołowski (L).Symmetrical

Inside the EU the Revised Directive on Payment Services or PSD2, which will come into force fully on September 14th this year, will allow more companies to offer financial services.

Under the legislation banks are required to build application programming interfaces  also known as APIs, which are sets of code that give third parties secure access to their back-end data.

The data can only be accessed with the individuals permission but start-ups, such as Symmetrical, will now have access to the data and can compete with traditional banks in offering not only loans but mortgages and other financial products.

Symmetrical label their business model as B2B2C, business to business to consumer, acting as a conduit to any business who can join and start granting loans like a traditional financial institution. 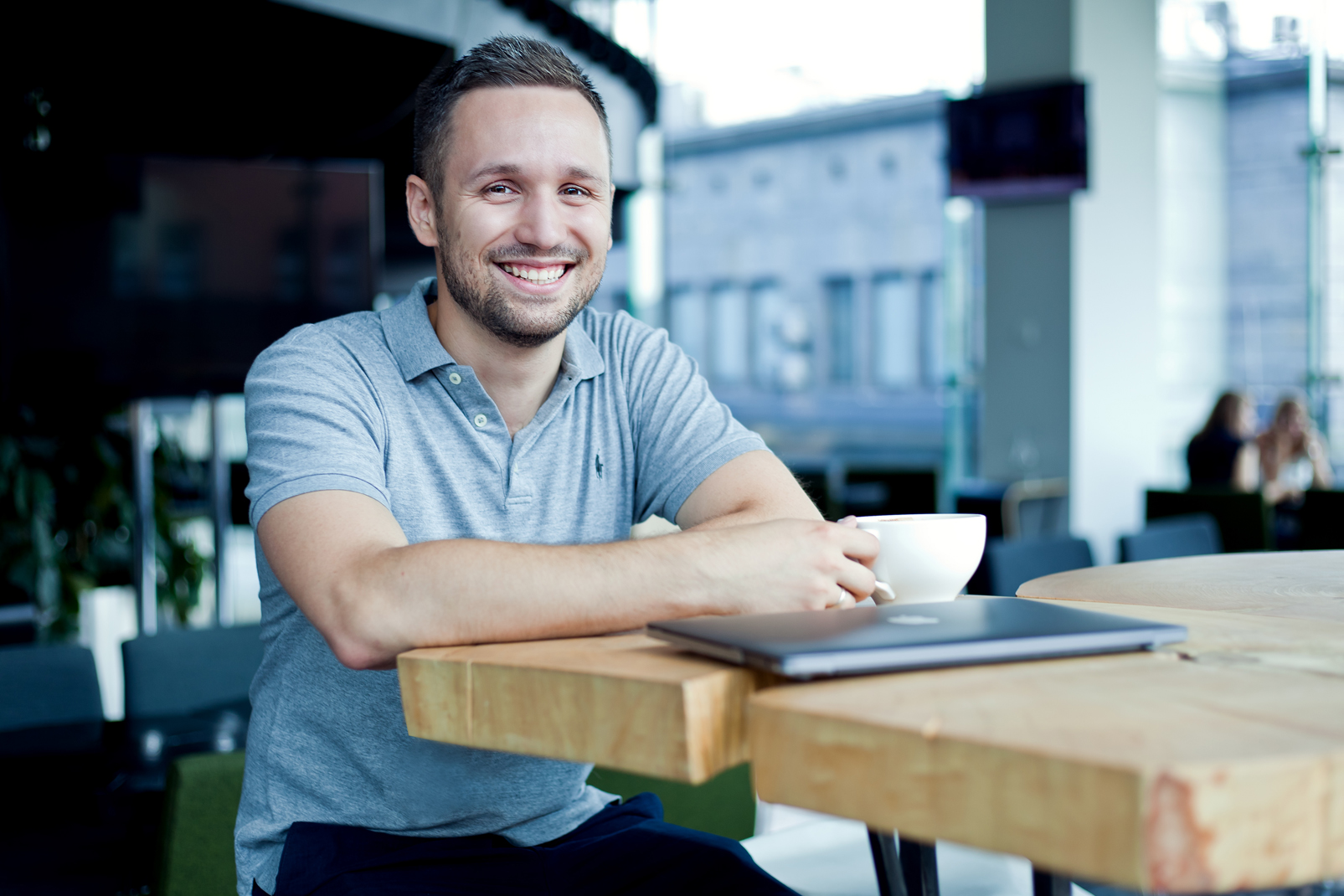 Piotr Smoleń told Polish Forbes: “We want Symmetrical to be able to become a financial institution within a few minutes, providing services on a global scale.”Symmetrical

In May 2019 the company raised 5.8 million PLN in funding from three venture capital (VC) firms and several angel investors.

The VCs who provided funding were Finch Capital a Dutch investor worth $14 billion, California’s Plug and Play who most notably invested in PayPal  and Polish Market One Capital who had previously invested in successful Polish start-ups Packhelp and CallPage.

One of the angel investors, Piotr Niedźwiedz, the co-founder of successful Polish technology companies Deepsense and Neptune told Polish Forbes:“There are start-ups that have a very bold vision but are unable to take the first step or aim at a fairly brave goal, which is why they are not able to build a big business.

“To overcome the asymmetry in the financial market, Symmetrical set itself a very demanding task  but at the same time found a product for employers that is relatively simple to commercialize.”

There are already a number of companies internationally who are offering services that allow workers access to their salary early, a function that helps prevent them falling into a debt trap with payday lenders who charge exorbitant amounts.

According to the Money Advice Service in the UK there are 17 million adults of working age with less than £100 in savings.

Symmetrical’s app would allow individuals in that situation to manage their finances in a more timely fashion rather than putting things off until payday each month.

Access your money: The app will allow you access to your salary early with just a few clicks.