A new interactive educational app will show you what happens in and around the borders of what would become the fledgling Polish state from 1914, through the First World War and until 1922.

The project is a collaboration between the Maria Curie-Skłodowska University in Lublin and, app developer the Workroom Group, which was funded by the Ministry of Science and Higher Education. The application features lectures about events that took place and does so in the voice of historical figures to immerse the user even deeper into history.

“In the ‘Trails of Independent Poland 1914–1922’ history enthusiasts will traverse five routes,” a Workroom Group spokesperson explained to TFN. “Each of them is one interactive history lesson told by a teacher. All lessons are enriched with digital maps, multimedia, photos and source documents hidden in 78 time capsules in various places on the map.” 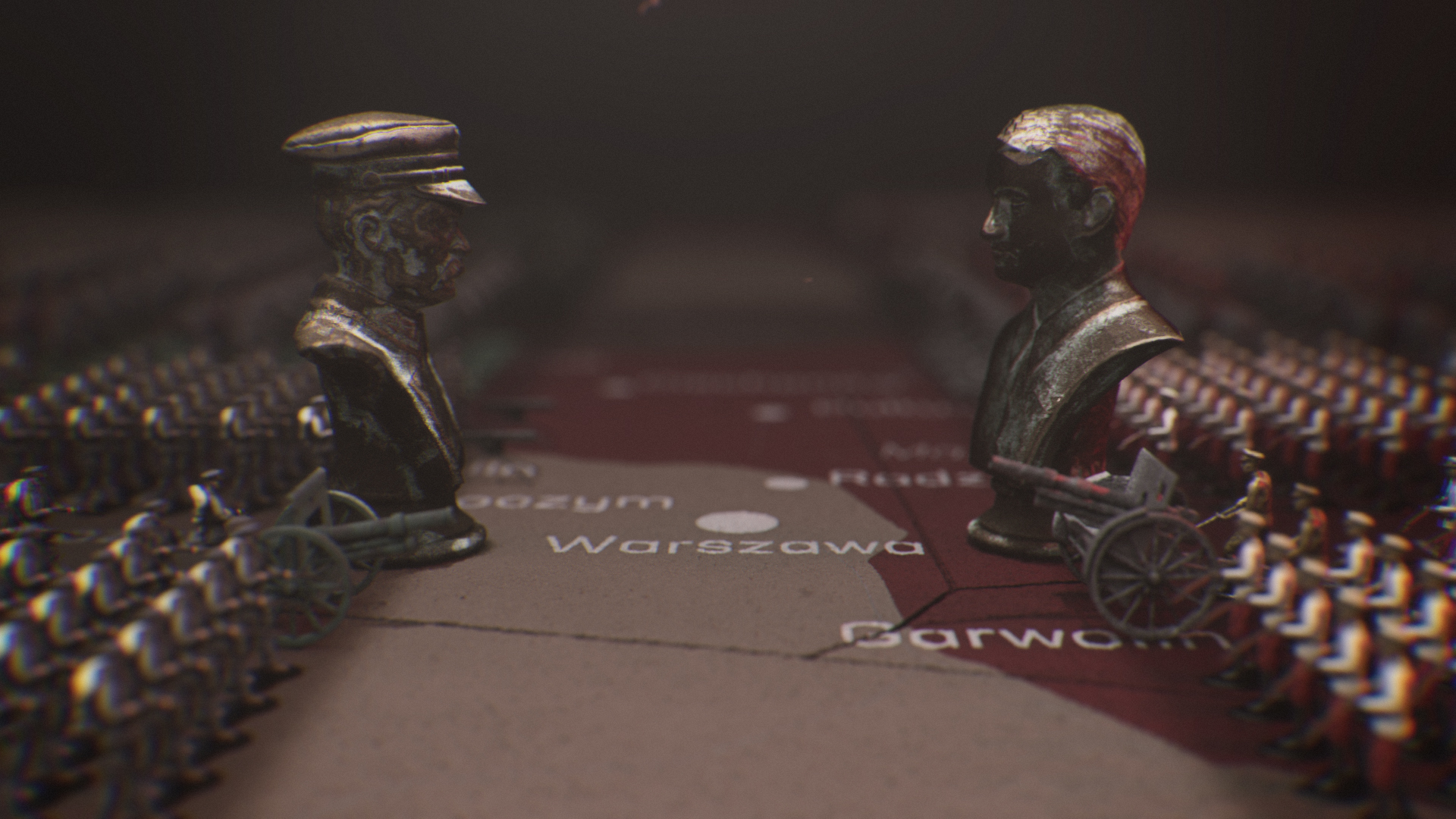 The Battle of Warsaw is examined in sometimes shocking detail.Workroom Group

The interactive historical atlas was prepared by a team led by Professor Jan Pomorski at the Institute of History of the Maria Curie-Skłodowska University. Professor Pomorski is a leading historian having previously published eight books and in 2012 he received the Knight's Cross of the Order of Polonia Restituta.

There is an animated account of the Battle of Warsaw, were users will hear the voice of Józef Piłsudski as the video recounts the climactic moment of the Polish-Bolshevik war of 1920. The 3D-rendered video uses toy soldiers, which were popular in that period, to illustrate the human cost of the war. In one scene the figurines are piled atop one another, discarded victims from both side, lumped together as a cost of war. The figures are not seen as individuals but just a replaceable copies battling to define new borders.

Through the video the changing face of the Polish territory is shown on evolving maps and differing plans for Polish expansion are detailed. The role of cryptologists is examined and it is shown how civilians were ripped from their day-to-day lives and forced onto the frontline. The videos brutal approach to the cost of war may shock the target audience of teenagers, who are used to video games about the era which warp the historical understanding and effects of war. 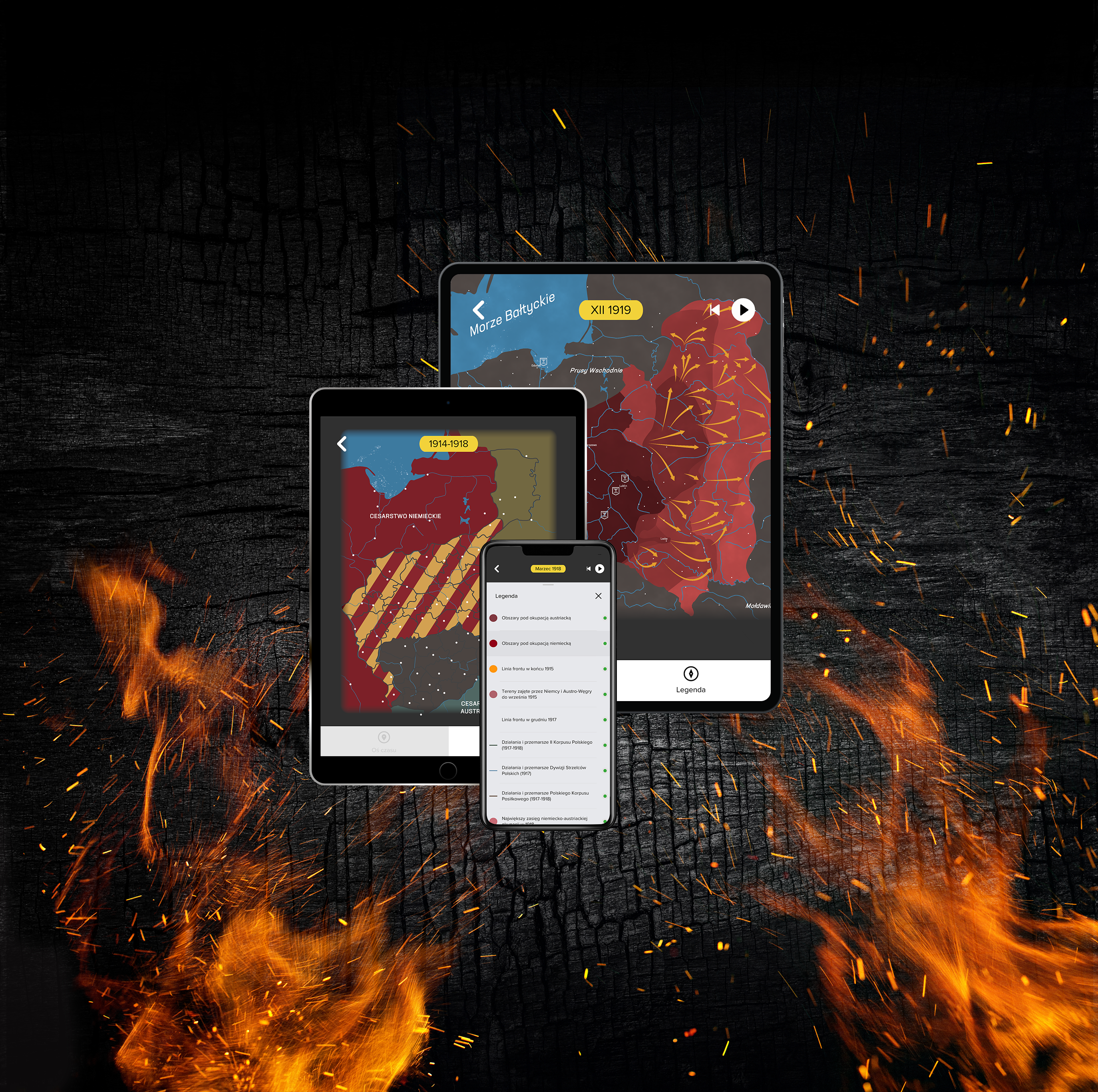 There are plans to release an English-language version of the app.Workroom Group

The application has 30 interactive maps which come alive with extensive historical knowledge in the form of multimedia along with over 300 photos and documents from the period. The user is encouraged to explore the maps to find the 78 hidden time capsules and discover the secrets of the past. At the end of each of the five lessons the user will have a quiz, helping them retain the information they have just learnt.

This period is of key importance as Poland had been wiped off the map before being restored, first as a Kingdom under German control and then as a republic in 1918 at the end of the First World War. The Polish territory continued to change until 1922, were the application ends.

There are plans to release an English language version of the application in the near future as well as expanding the current application to include virtual reality headsets making the experience even more immersive.