Apocalypse Not Now: how the undercover work of one Polish officer helped avert World War Three

Day One: half a million Polish troops act as the spearhead of the offensive, attacking Nato positions in the north of Europe. Within six to eight hours, it is predicted that these Polish forces will be heavily decimated by the resistance they meet. But they are not entirely alone, however, for their actions are to be backed up by a series of Soviet nuclear strikes on “The West”. It is forecast that those Poles on the frontline that have survived the initial bloodbath will push into Denmark the following day.

Day Three, and the Polish cannon fodder that has been fed into the meat grinder will start seeing support trickle in from over three million Red Army troops that have started pouring westwards through Poland. Joining this second echelon are 38,000 tanks and armoured vehicles. The numbers are ferocious, but so too is Nato’s resolve. By Day 5 they will counter-attack this next military wave with bombers carrying nuclear and chemical weapons. This “first strike” will cause the Warsaw Pact coalition 50 percent losses, with the area between the River Odra and Wisła absorbing anything between 70 to 300 nuclear blasts. For the second time in fifty years, Poland will resemble a sea of smoking ruins.

Using it to their advantage, Western knowledge of this Soviet simulation, and other top secret Kremlin plans, was used as leverage that would ultimately cause a fatal wedge in the Iron Curtain. 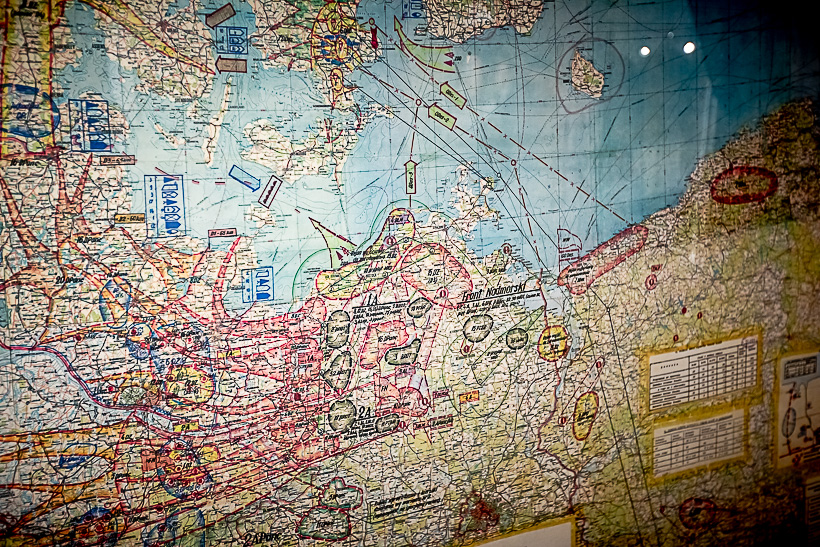 A map of the Warsaw Pact’s plan to invade Western Europe. Thanks to Kukliński the plan remained just on paper.Kalbar/TFN

Cited as one of the key turning points in modern global politics, the 1986 Reykjavik summit did not begin in the jolly manner that many would like to believe. Gorbachev, it is said, was in a frosty mood and disinclined to make concessions. But that changed, fast, when he was handed a set of documents by President Reagan. In them, blueprints detailing all the major Soviet shelters that were to be used in the event of World War III. Gorbachev went pale. Immediately, he recognized that the West held the superior hand of cards. The road had been paved for negotiations to begin in earnest.

The question is, how did such vital information fall into American hands? The answer lies squarely at the foot Colonel Ryszard Kukliński, the Chief of the Strategic-Defence Planning Division of the General Staff of the Polish Army.

Described as “the first Polish officer to serve in Nato”, Kukliński is widely hailed as the most important CIA agent of the 20th Century. “In the last 40 years,” wrote CIA director William Casey in a memo to Ronald Reagan, “no-one has done more damage to Communism than that Pole.”

Born in Warsaw in 1930, Kukliński rose through the ranks of the Polish army and by 1963 was called to serve in the General Staff. However, his festering antagonism towards Communism reached tipping point in 1970 when a string of civilian protests in northern Poland were brutally suppressed by the regular army. Contacting the American Embassy in Bonn off his own initiative in 1971, a meeting was brokered the following year in Holland with Kukliński using the excuse of a military study cruise around Northern Europe as his cover. It was the beginning of a relationship that would see him pass an estimated 35,000 pages of documents to the CIA in the space of nine years. 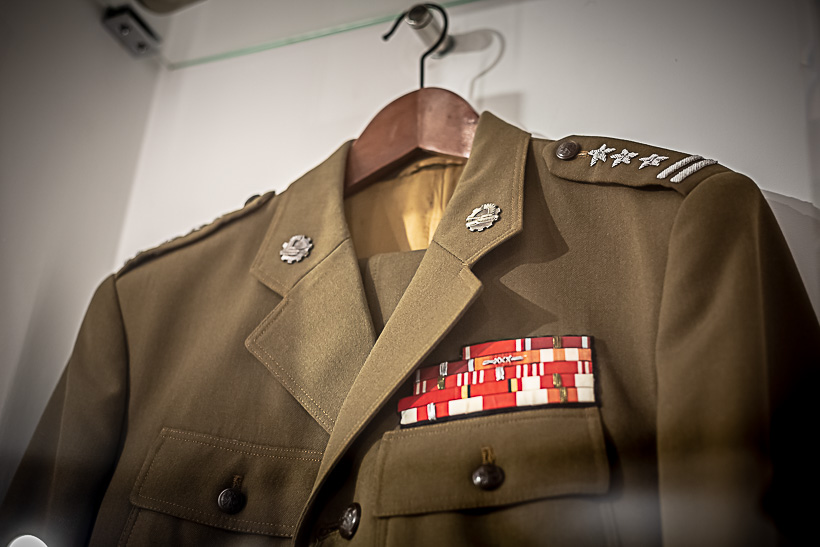 A senior officer in the General Staff, Kukliński was a trusted soldier, and few, if any, suspected him of being a spy.Kalbar/TFN

A brilliant strategist, Kukliński’s tactical acumen allowed him to embed himself in the deepest inner circles of the Soviet war machine. According to one anecdote, during one planning session involving the Warsaw Pact’s senior military staff, Kukliński noticed a critical mistake that had escaped the others so stepped out onto a giant floor map in his socks to correct the flag markers. Impressed by both this impudence and judgement, Marshal Dmitry Ustinov, the Soviet Union’s defence minister, strode out to embrace the little Pole in his arms. In layman’s terms, Kukliński had hit the big time: he had earned the trust and respect of all the main players.

Discreet though he was, by 1981 suspicions had gathered that there was a mole in the Polish General Staff. For Kukliński, escape became of paramount importance. Having arrived to a banquet honouring the November Revolution at the Soviet Embassy in Warsaw, he dismissed the chauffeur of his Volga limousine and then, on leaving later in the evening, slipped into an identical Volga driven by an undercover CIA agent. Spending the night in a safe house in Żoliborz, the next morning he was given civilian papers and a forged passport and flown to London. His family, meanwhile, were spirited to Germany in an American embassy car. The operation, blessed by Reagan, went without a hitch.

The discovery of his flight (allegedly three days later) stunned the General Staff. In later years, General Czesław Kiszczak conceded that while he sensed that there was an informer in the ranks, the last person he suspected was Kukliński himself. Sentenced to death in absentia, Kukliński settled in the States, whereupon he averted at least two attempts to abduct him and one botched assassination. Though the Cold War had officially ceased by then, his sons were less fortunate and died in shady circumstances in the early 90s within months of each other. 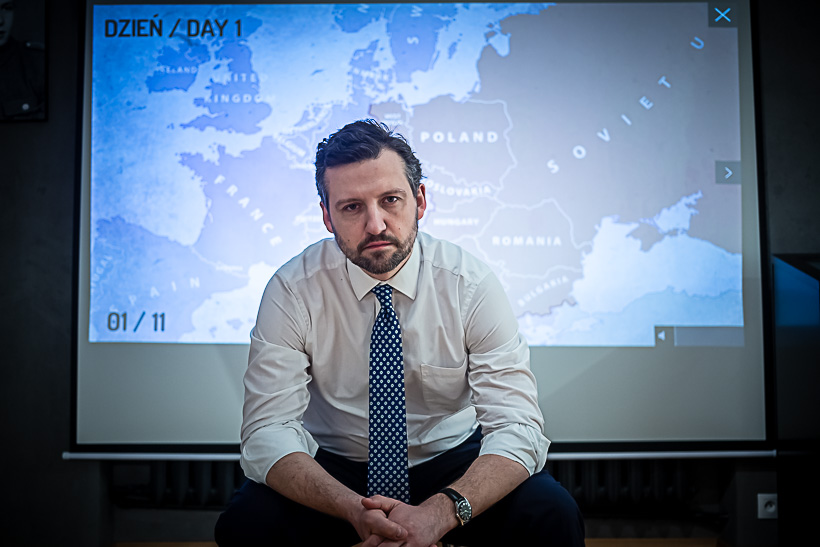 'I don’t expect people to call him a hero,' admits Filip Frąckowiak, the museum’s director, 'and neither did Kukliński – never did he want be seen as one.'Kalbar/TFN

The subsequent smear campaign against Kukliński was effective, to the extent that there are many who still accuse him of betrayal. “He possessed rare knowledge of what was going on and what stood to happen,” says Filip Frąckowiak, the director of the General Ryszard Kukliński Museum in Warsaw’s Old Town. “If Kukliński was a traitor then what does that make Jaruzelski? Jaruzelski also had this knowledge but chose not to do anything with it.”

It’s a point that’s come to be frequently addressed by defenders of Kukliński, least not Zbigniew Hebert who wrote: “The argument that Kukliński was a traitor, in accordance with the laws in force in the Polish People’s Republic, is formally correct, but completely absurd, because by this logic, we would also have to remove the names Pułaski, Traugutta, and Piłsudski from school textbooks… Here is what really matters: the right to independence, the right to exist, and, finally, the right to national dignity. He became a symbol of fighting for what is great in our society against foreign aggression. Heroes are always alone.”

“I don’t expect people to call him a hero,” admits Frąckowiak, “and neither did Kukliński – never did he want be seen as one.” Speaking on his first visit back to Warsaw in 1998, just a year after he was officially rehabilitated in the eyes of Polish law, the extraordinary humility of the CIA’s top foreign asset was revealed to all: “I saw in Poland an avalanche of steel flowing west, a strategic first step as Soviet troops pushed towards the Atlantic... And if that wasn’t enough, Europe was exclaiming that it was better to be red than dead. I had to do something! Everything that I did – I was thinking about Poland. Even if my contribution was small, I wanted to stand on the right side of history. And even if, in a broader perspective, my actions did not amount to anything great, I wanted to give my all…” 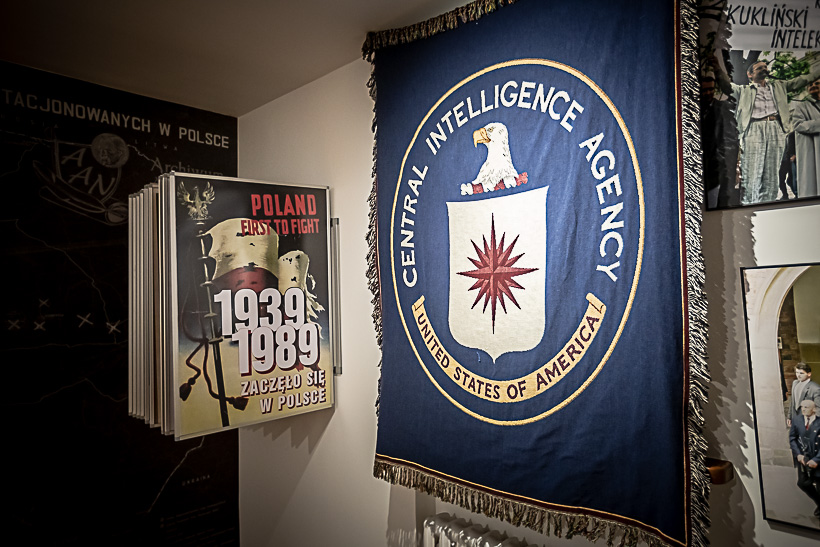 Kukliński is regarded as the CIA’s most important spy of the last century.Kalbar/TFN

For Frąckowiak, the museum has become an intensely personal affair. Founded by his late father, Józef Szaniawski, the original concept for a museum dedicated to Polish intelligence achievements was dropped when Kukliński died in 2004. Thereafter, Szaniawski, who had for years acted as Kukliński’s plenipotentiary, decided to solely commemorate the undercover work of his close friend. The museum was opened in 2006, with Frąckowiak assuming the role of director following the passing of his father in 2012. “I first met Kukliński when I was 18,” he smiles, “and I have to be honest, at that age you’ve got other things to think about than the Cold War! I could never have imagined I’d one day be the director of a Kukliński museum, but I suppose that’s fate.”

Szaniawski himself was heavily immersed in the struggle against Communism. A journalist for PAP, for 12 years he worked covertly for Radio Free Europe, passing over 500 secret despatches to the station concerning the situation in Poland. Outed in 1985, he was jailed for 10 years for his subversive activities and became the last political prisoner of the PRL to be freed when he was released in 1989. Not long after, he established a close bond with Kukliński, a concrete friendship only broken by death. 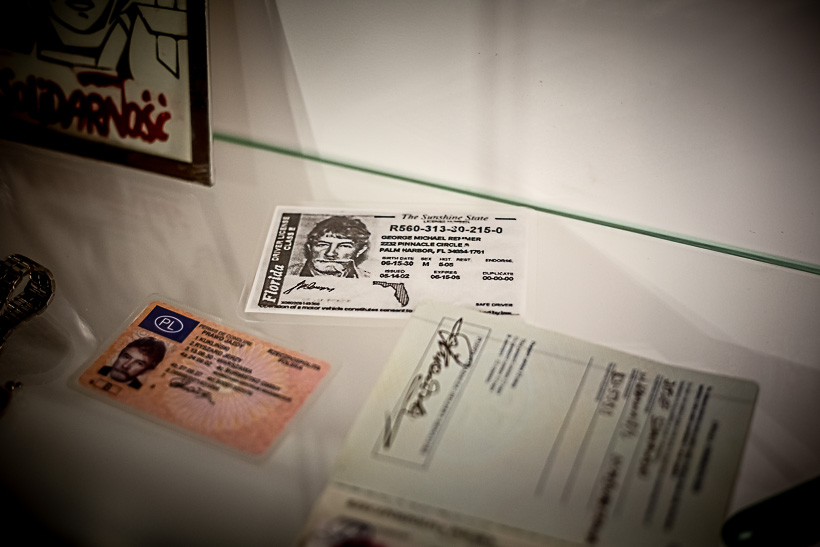 Sentenced to death in absentia, Kukliński settled in the States, whereupon he averted at least two attempts to abduct him and one botched assassination.Kalbar/TFN

Though occupying a small corner of the Old Town, the museum has become a vital reminder of times gone by. Fully-updated last year, it’s generously endowed with Kukliński’s keepsakes: identity cards, photographs, awards, decorations and uniform, not to mention both copies and originals of the documents he smuggled. In a dark, modest side room, Szaniawski’s own contribution is remembered, providing a disturbing insight into the paranoia of those years. Without doubt, the most touching element on display in the museum is a letter from a five-year-old Filip addressed to his father in prison; it is an intense and private glimpse into the madness of the era.

Continuing his father’s legacy, Fracowiak carries the torch of Kukliński’s memory with confidence and decorum. Aside from last year’s substantial renovation of the museum, there have been travelling exhibitions in such places as the House of Commons and the parliament of the EU. And though active in politics himself, Fracowiak is firm in his refusal to politicize the museum. “Kukliński wouldn’t have wanted that,” he says, “and he shouldn’t be used as an element in any existing political conflict. What we want, simply, is to educate people. To have dialogue. Even with his enemies.”

Postscript: Colonel Ryszard Kukliński was posthumously promoted to the rank of General and is buried on the Avenue of Honour in Warsaw’s Powązki Cemetery.