Kornel Morawiecki, a leading anti-communist opposition activist and father of Mateusz Morawiecki, the prime minister, was laid to rest in Warsaw's Powązki Military Cemetery on Saturday.

Morawiecki, who was afforded a state funeral, died on September 30 aged 78. Among those attending the ceremony were President Andrzej Duda and Andrej Babis, the Czech prime minister. 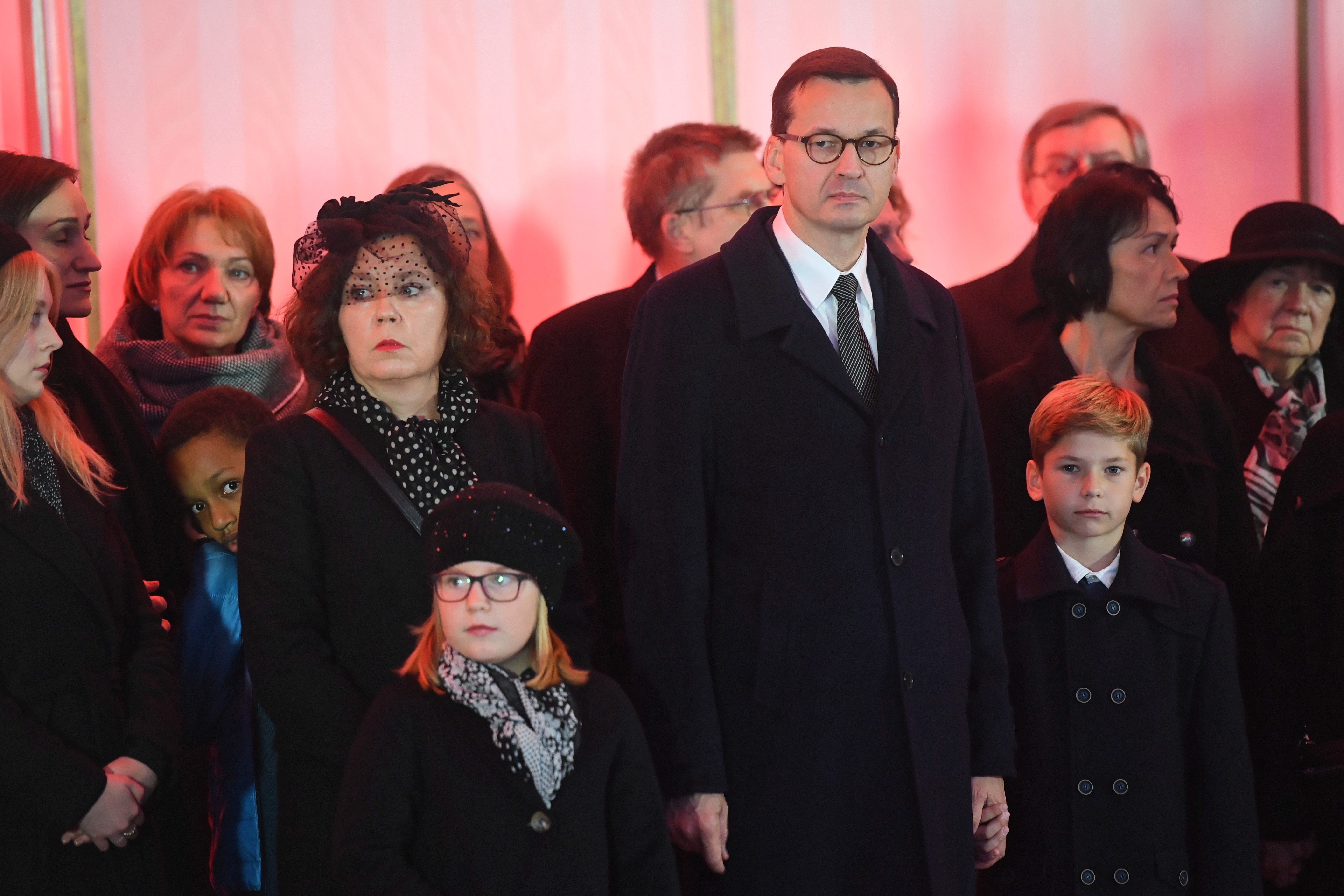 "All your actions, your words, the good that you gave to others, your fight for freedom, have yielded a great harvest," said Morawiecki’s son Mateusz during the funeral. "It has grown, powerfully. That is why our love, your love, is stronger than death." 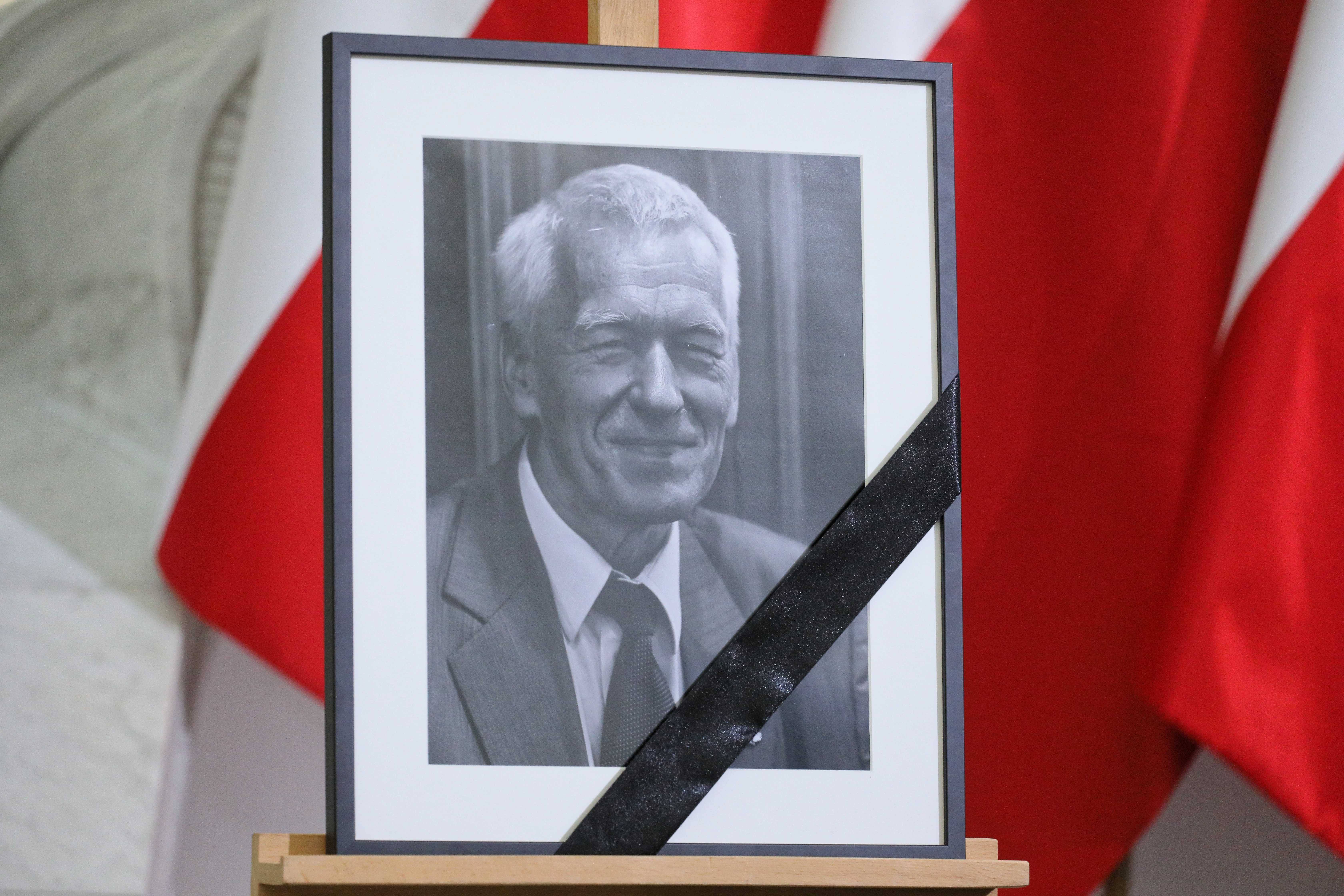 Morawiecki rose to prominence in the 1980s as one of the co-founders of the Fighting Solidarity organisation.Paweł Supernak/PAP

Morawiecki rose to prominence in the 1980s as one of the co-founders of the Fighting Solidarity organisation. Formed as a response to martial law and the crushing of the Solidarity trade union, it called for an end to communist rule. 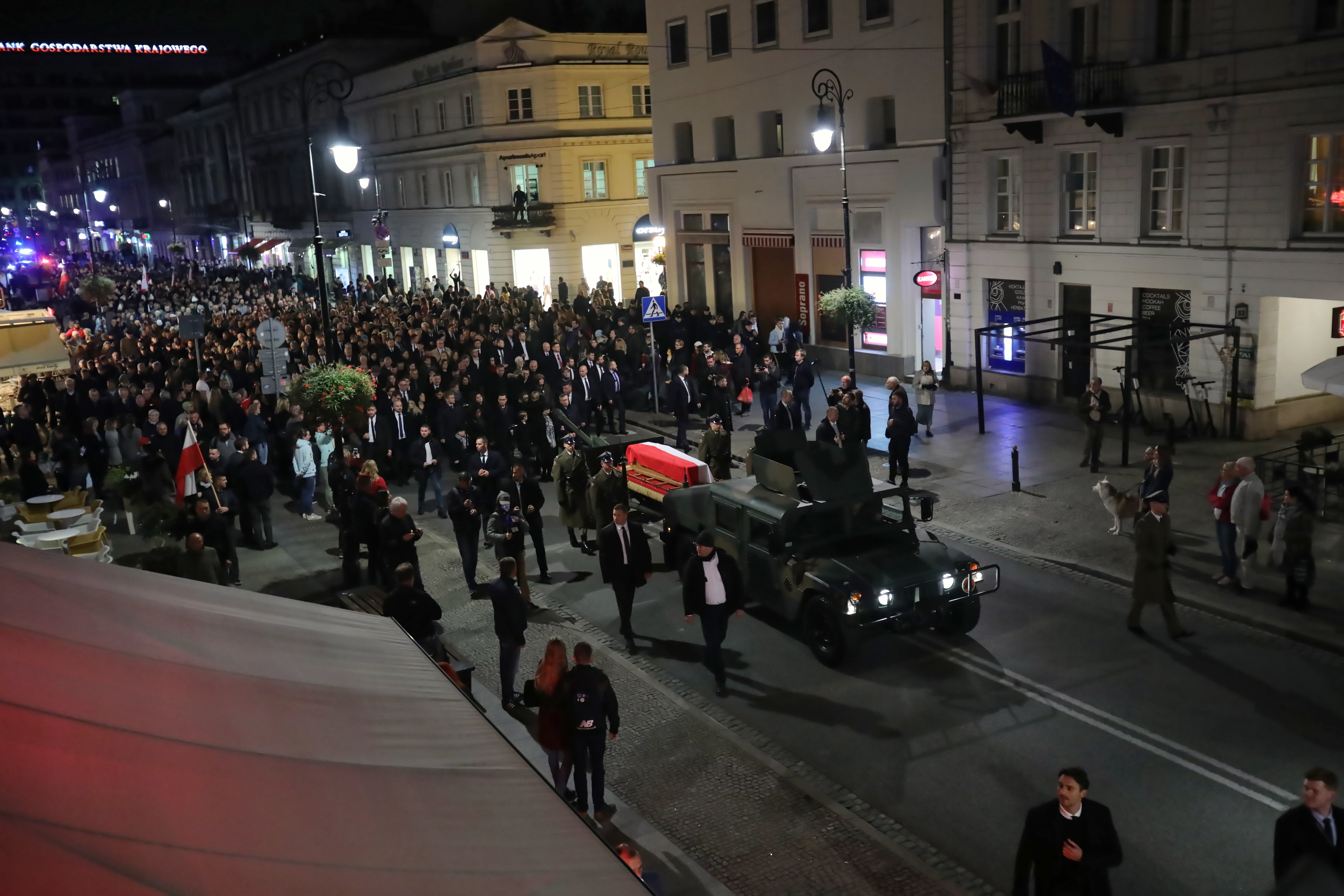 A gun carriage pulling Morawiecki’s coffin winds its way through the street of Warsaw.Wojciech Olkuśnik/PAP

Despite the organisation’s name Morawiecki rejected violence, and instead engaged in information warfare against the communist state by printing underground newspapers, and even trying to infiltrate the secret police.

Morawiecki’s clandestine activities made him the most wanted man in Poland. But despite meeting, by his own account, some 1,500 people across the country nobody betrayed him, although he was eventually caught in 1987. 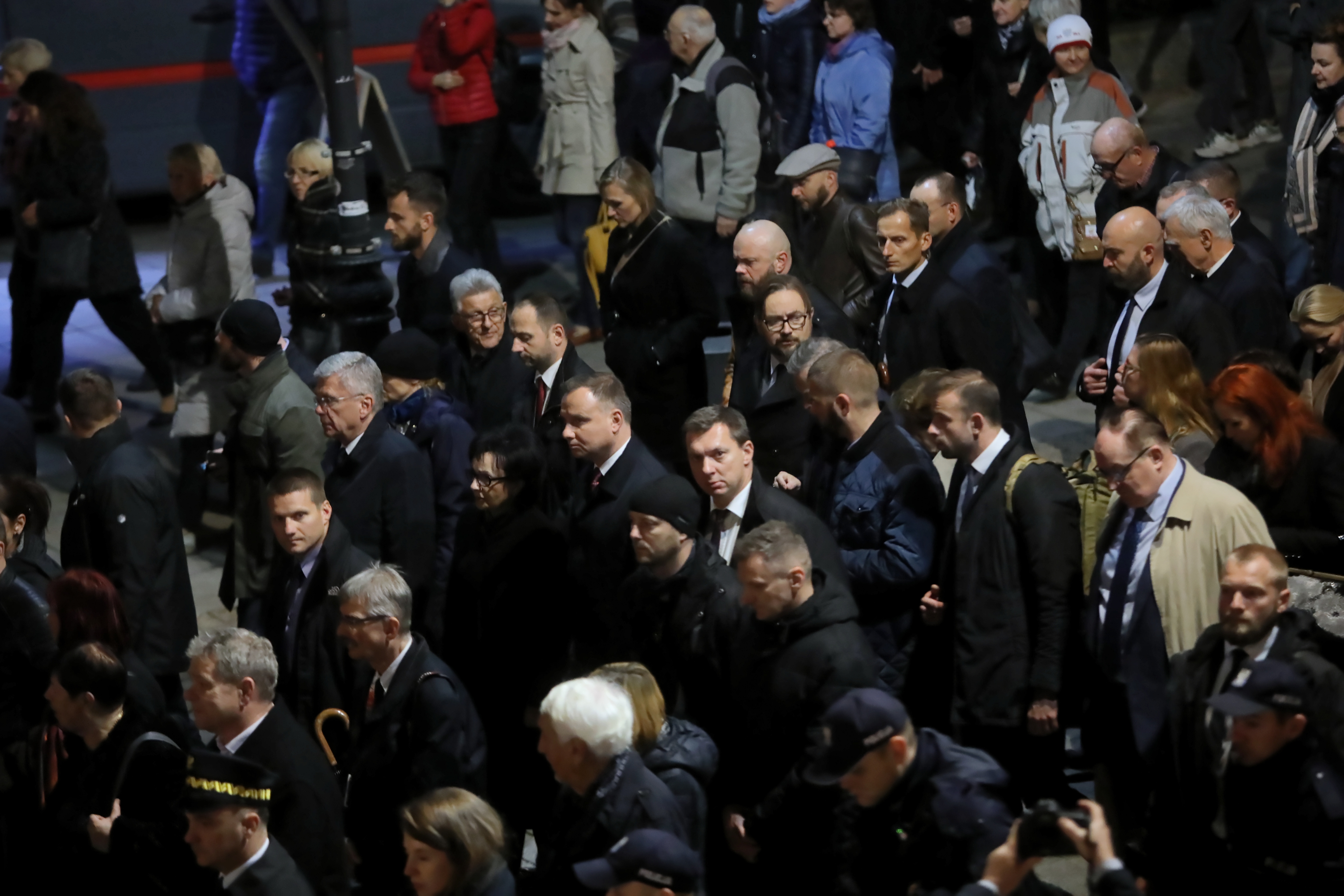 The prime minister said his father had believed that Poles could "elevate themselves towards greatness." He drew attention to the fact that, "the quest for the sense of life and death, good and evil as well as suffering" illuminated the spiritual and intellectual path of his father. 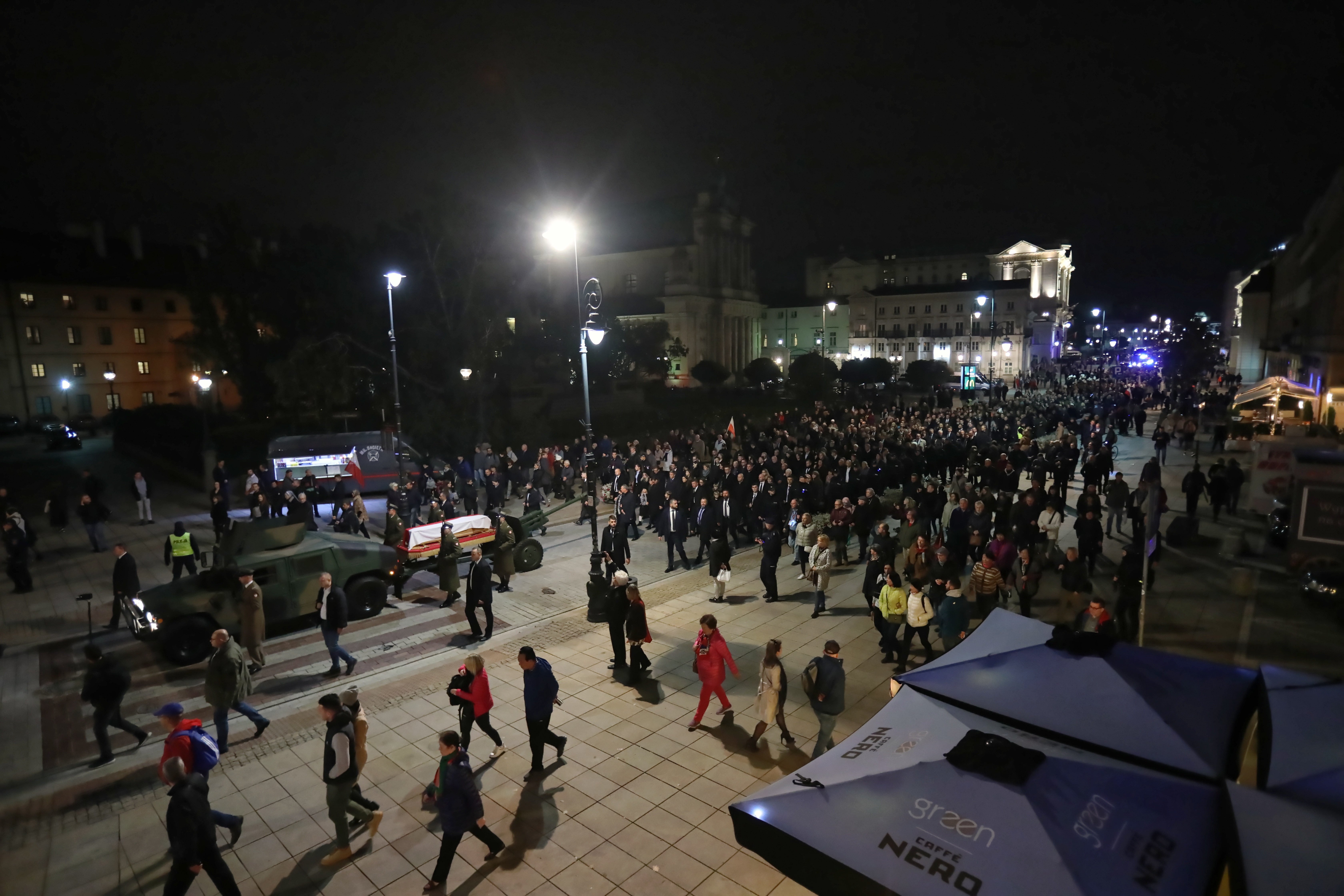 Despite being on the run for six years Morawiecki inspired such trust in people nobody betrayed him.Wojciech Olkuśnik/PAP

"You posed the most important questions, and in the footsteps of your great philosophical love Simone Weil and other great philosophers your trod that path, at the same time coming to the Christian conclusion that our souls, our spirit, are more important than the fate of individual people here and now, and that they create a different perspective," Morawiecki said. 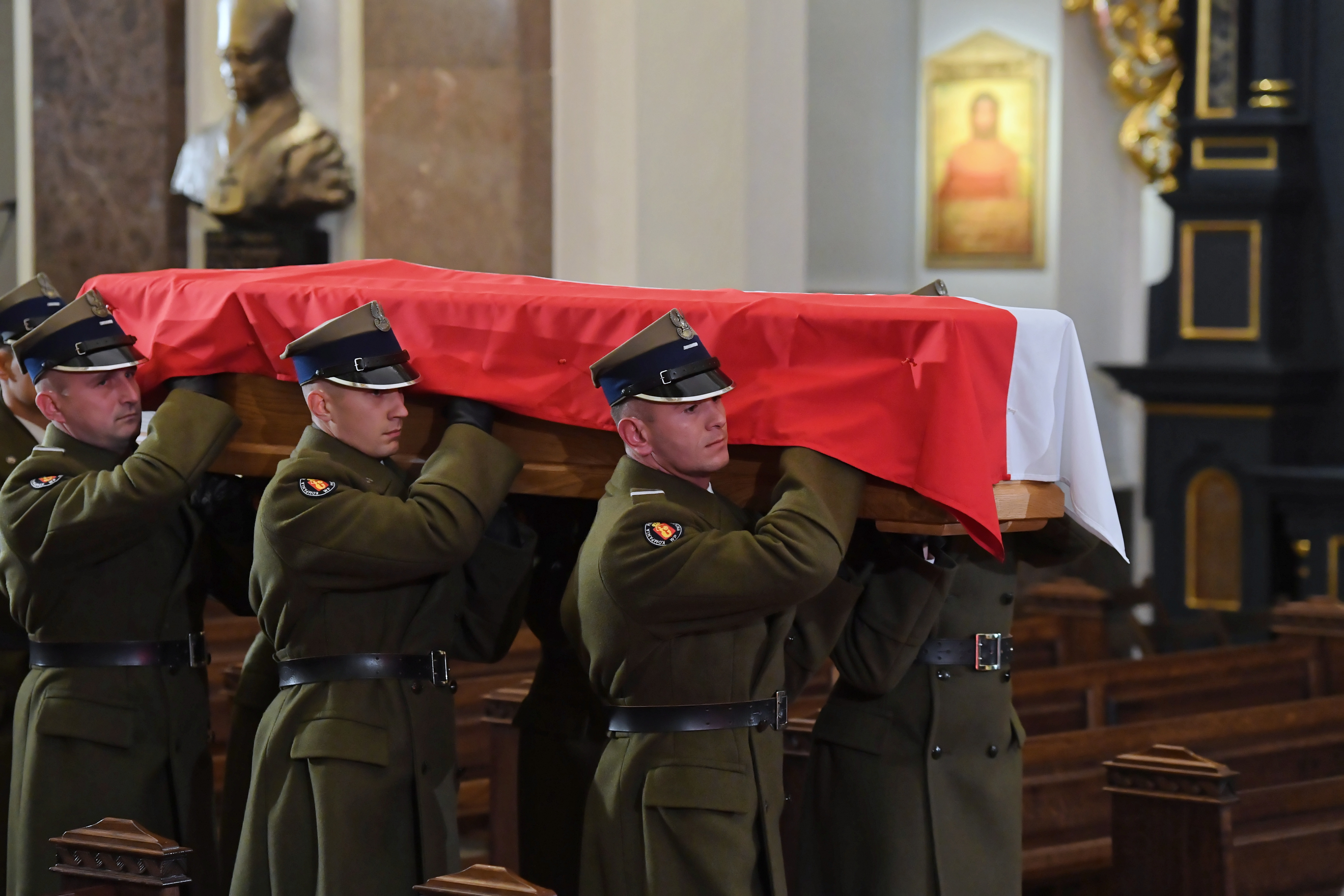 The prime minister said his father had believed that Poles could “elevate themselves towards greatness.”Piotr Nowak/PAP

"A great leader once said that the very pursuit of great goals was an expression of supreme bravery. Father always really had such goals in mind," the prime minister added, going on to describe his father as "a great warrior for freedom" who always found sense in good deeds. "Those deeds are the core of immortality.”

After the fall of communism Morawiecki ran for the presidency a couple of times before entering parliament as an MP. 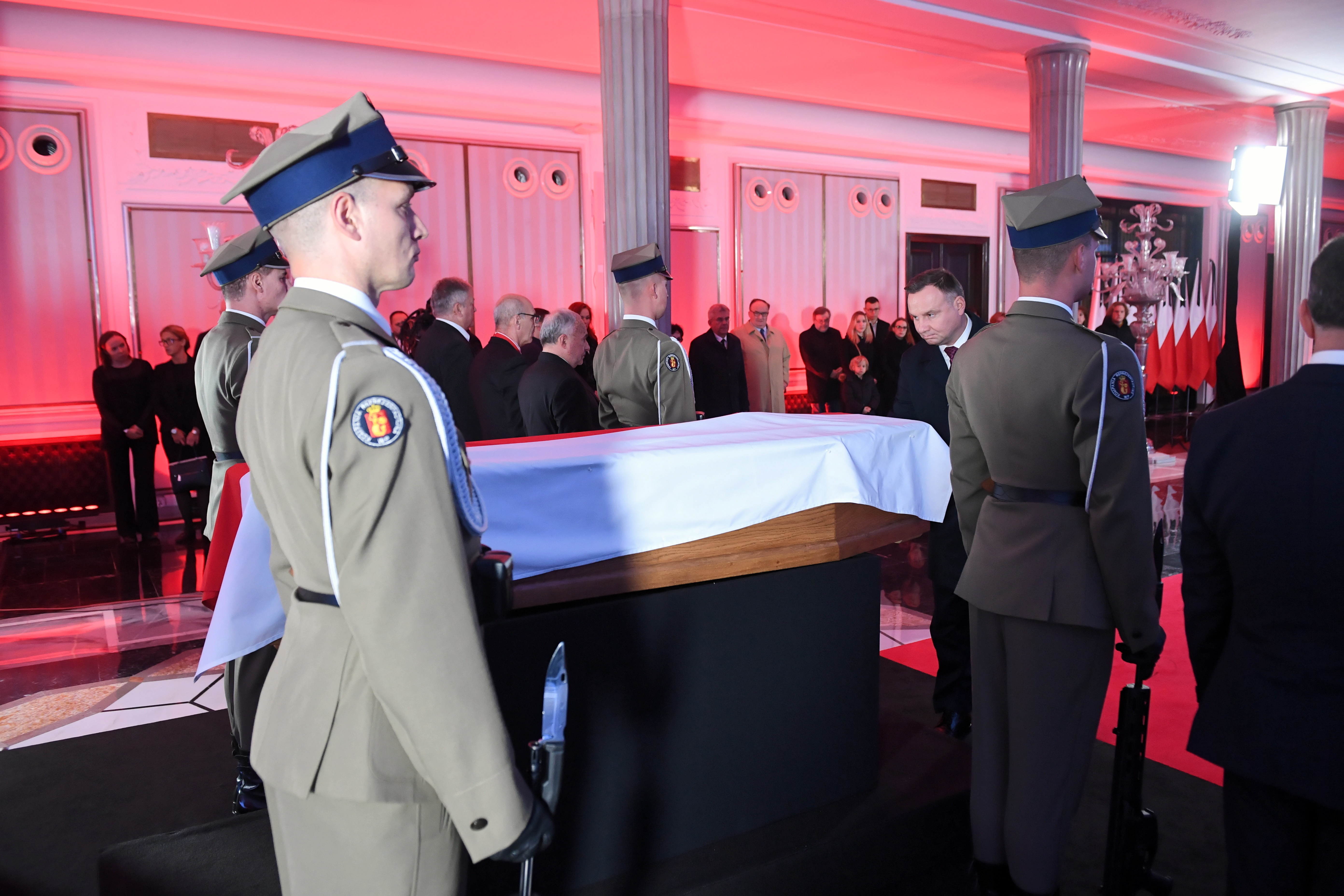 Mateusz Morawiecki described his father as “a great warrior for freedom”.Radek Pietruszka/PAP

Mateusz Morawiecki said his father had always wanted Poles to discuss the most important issues with each other, "so that the spirit of unity could light up our dreams, our actions; you left us with that task," he said.