Thousands of demonstrators in Warsaw brought traffic chaos to the Polish capital on Monday as part of the fifth-day of country-wide protests against a Constitutional Tribunal ruling that put a near-total ban on abortion in Poland.

The protests, code-named 'Blockade,' were organised by women's organisations and grassroots initiatives opposed to the high court's ruling. 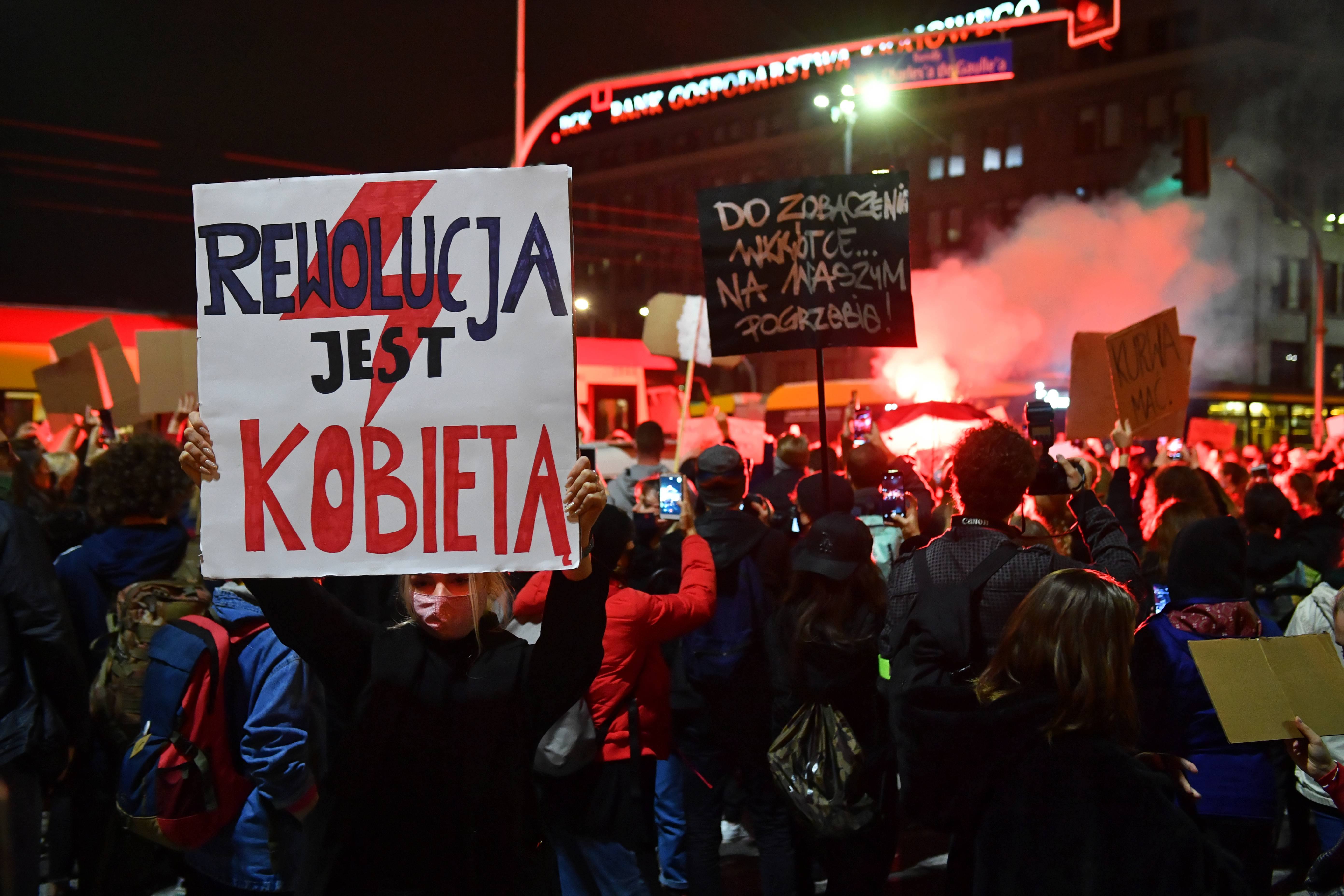 Main city-centre roundabouts and crossroads were blocked by hundreds of protesters, with similar demonstrations held in many districts of Warsaw.

Brandishing banners promoting women's rights, the protestors vented their fury at the court’s ruling and the governing party, the conservative Law and Justice (PiS). Protesters say PiS was behind the controversial changes as a number of the top court's judges, including its president, have been nominated by the ruling party. 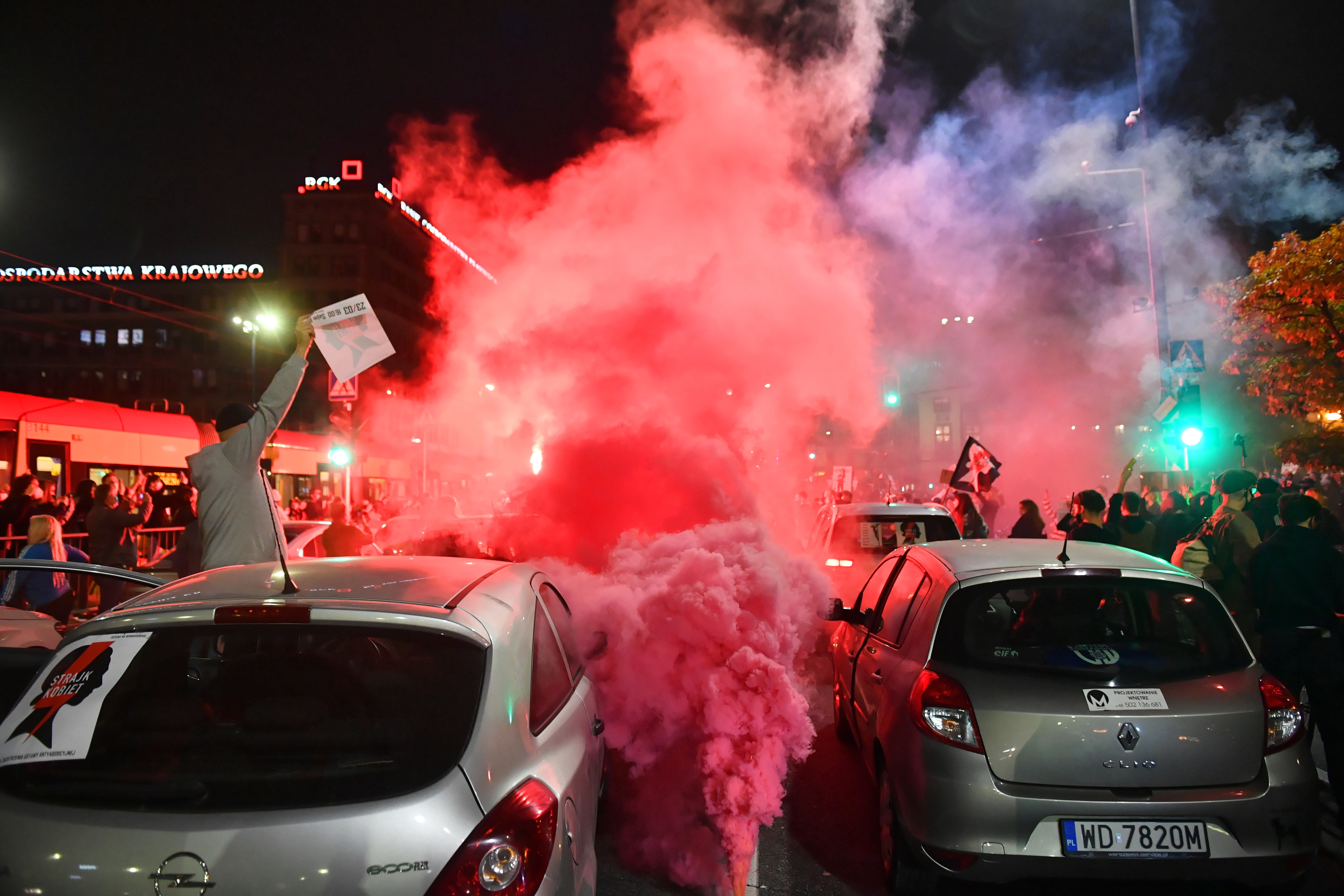 In the evening, several thousand people moved to the site of the Constitutional Tribunal, carrying banners, voicing support for women's rights and shouting obscenities against the ruling party.

In the southern city of Krakow, a group of about 300 vehicles drove towards the city centre as thousands of protesters started a blockade of the city. 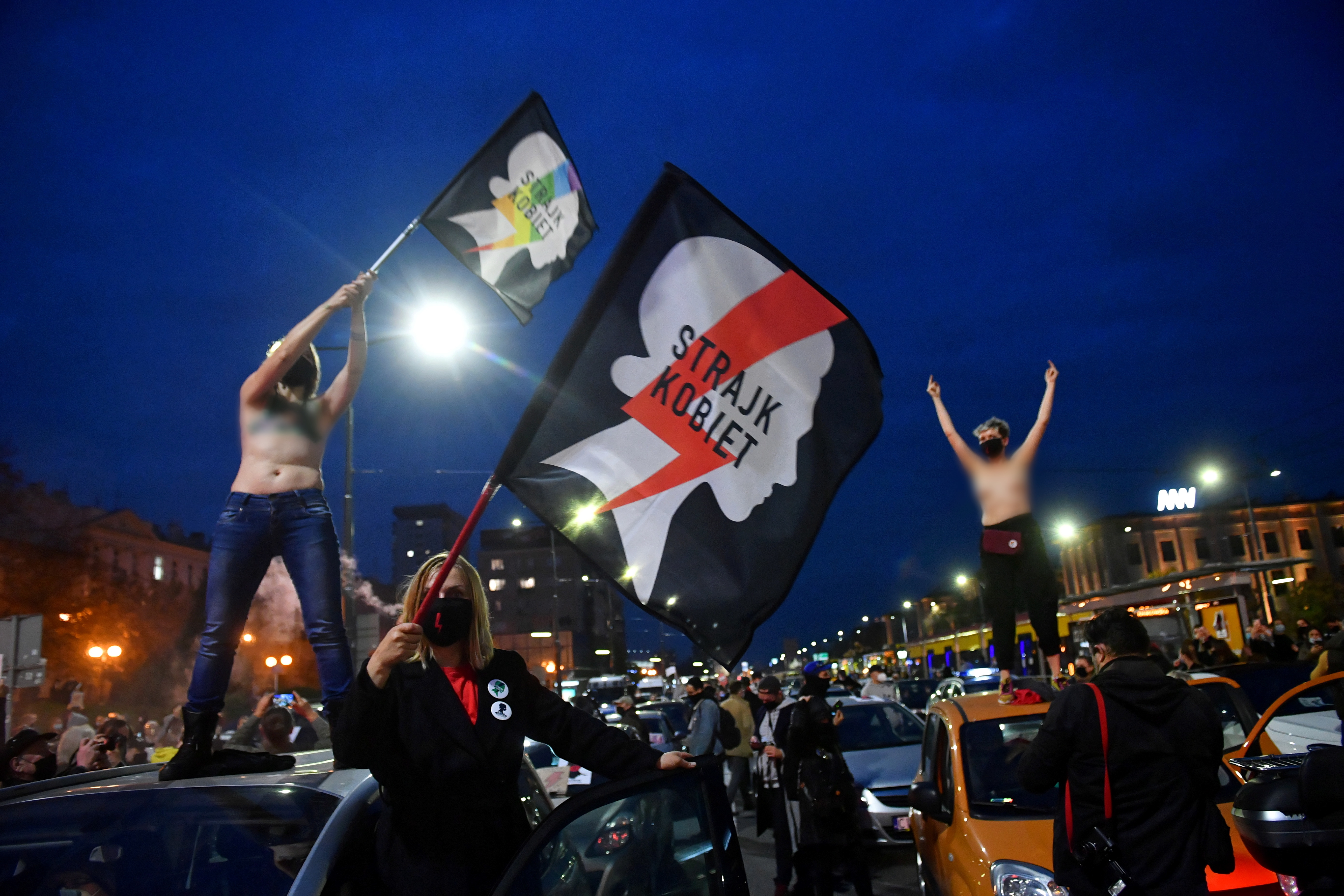 Katowice, the capital of the southern industrial region of Silesia, saw yet another day of protests, with crowds blocking the main roundabout and the city’s main thoroughfare.

In the coastal city of Koszalin, about 1,000 people blocked a main roundabout by constantly walking across pedestrian crossings,  while in Torun, north-central Poland, several hundred people gathered in the historic Old Town. 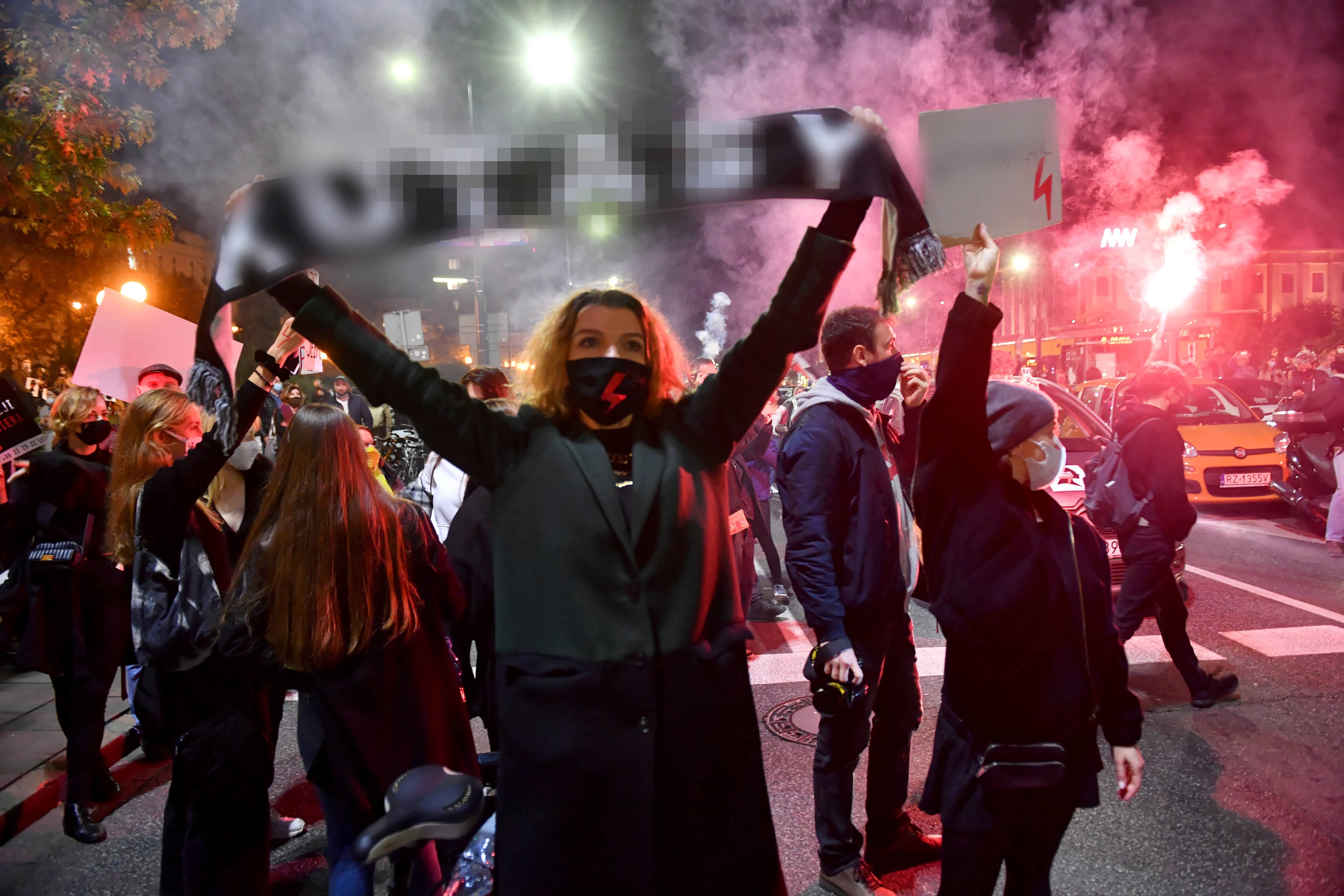 Late on Monday, several dozen city mayors and local government officials published a letter of support for the protesting women. 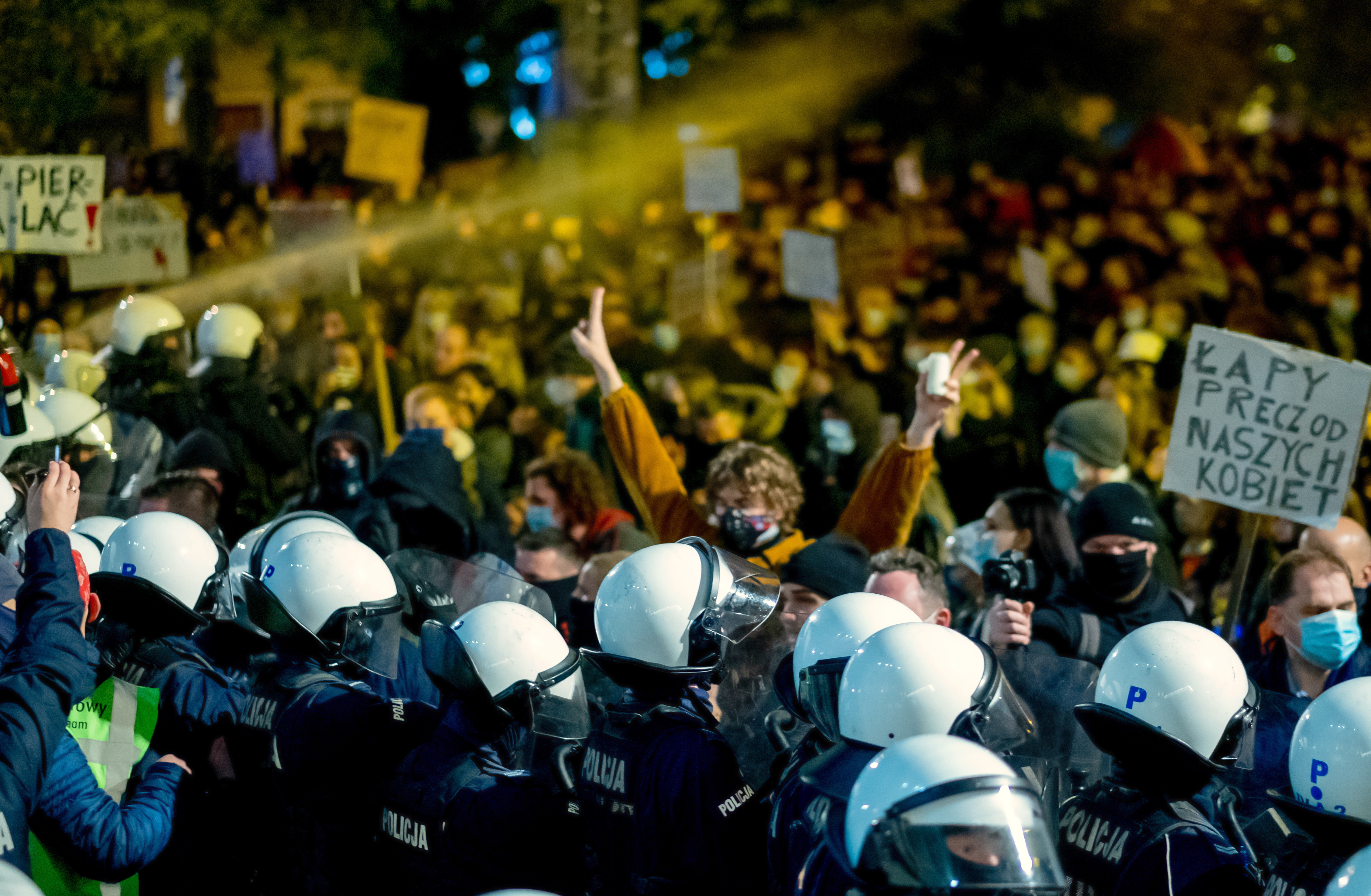 "We have had enough with the dividing of people, destroying communities, both local ones that we are building every day with our residents, and our national community. We have had enough of a state that instead of protecting and supporting, forces millions of people to take to the streets at the peak of the pandemic!" the local officials wrote.

On Sunday, the protesters targeted Sunday Masses at churches, accusing the Catholic Church of forming an informal alliance with the conservative ruling party Law and Justice (PiS) in order to push through the latest controversial changes, as well as other conservative policies. 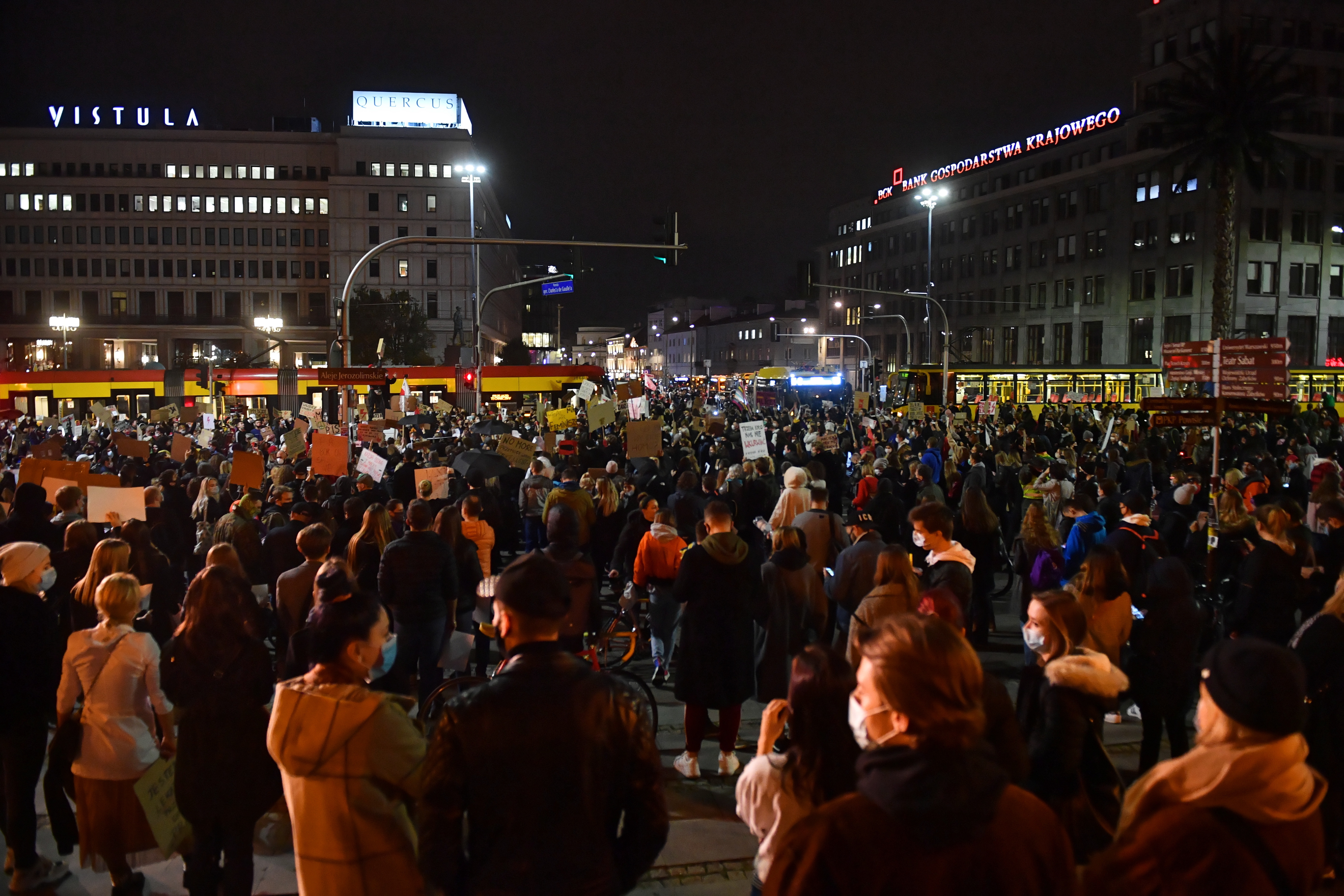 The protests have been ongoing since Thursday, when the Constitutional Tribunal ruled that laws currently permitting abortion due to fetal defects were unconstitutional. The ruling follows a 2019 motion to the court by 119 MPs from PiS and two opposition groupings and derails an uneasy abortion compromise that has maintained a fragile balance between the opposing sides for nearly three decades, since 1993.

Even before the controversial ruling, abortion laws in Poland were some of the strictest in the EU. With abortions declared inadmissible when pre-natal tests reveal a high probability of irreversible damage to the foetus or its affliction with an incurable and life-endangering ailment, only two other possibilities for legal abortions will remain in Poland, including immediate threats to a woman's life and incest/rape.