Using spray paint to create vibrantly-coloured geometric works of art, Polish-born artist Andrzej Urbanski has captured the hearts of London’s art community with a solo exhibition in the British capital. 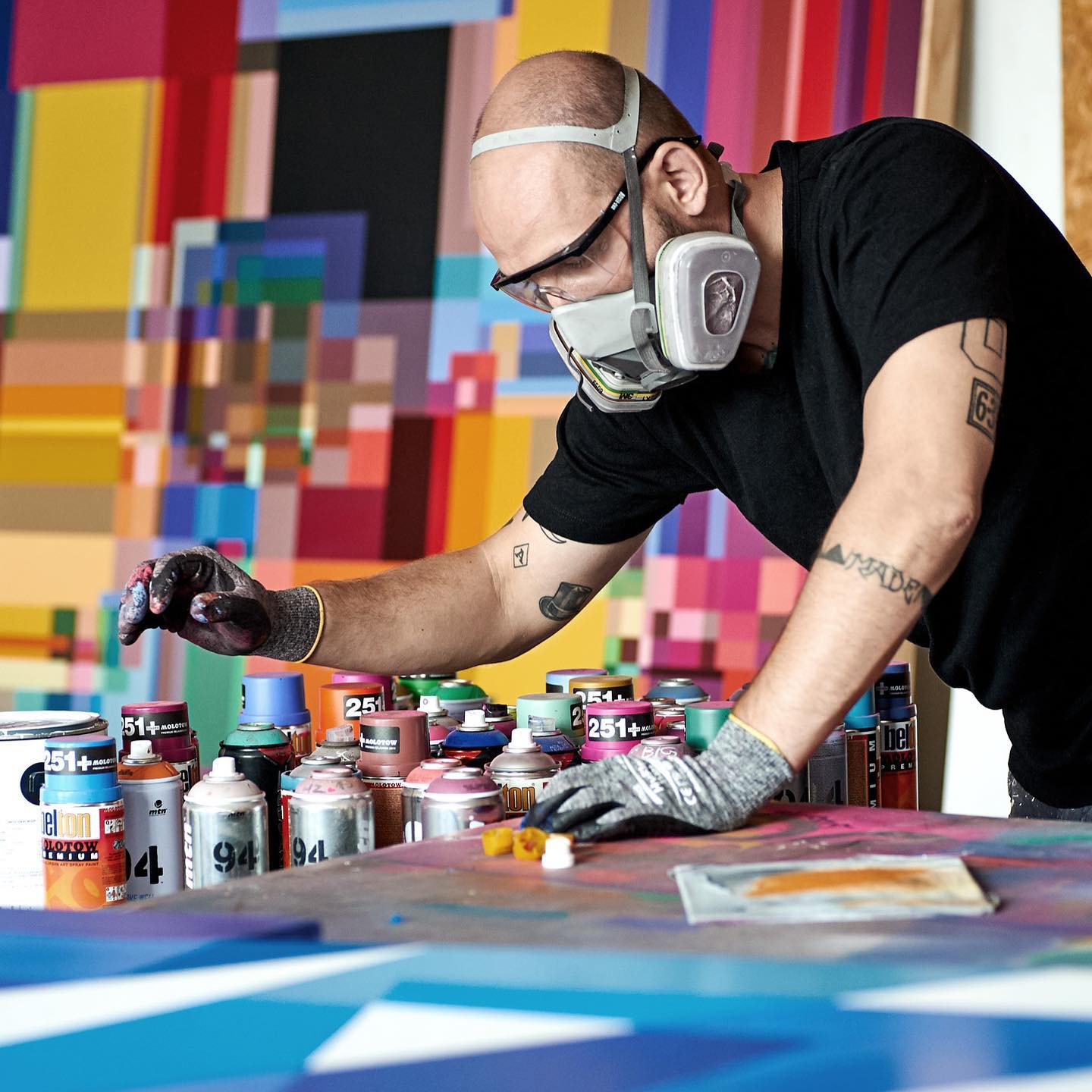 Born in Poznań in 1983, Urbanski spent much of his youth in Berlin and was heavily influenced by the political changes that occurred at the time.Everard Read/Facebook

Born in Poznań in 1983, Urbanski moved to Berlin in 1989, the year in which the communist political system collapsed around Central and Eastern Europe. The stark contrasts he saw between East and West would later influence his work as an artist. 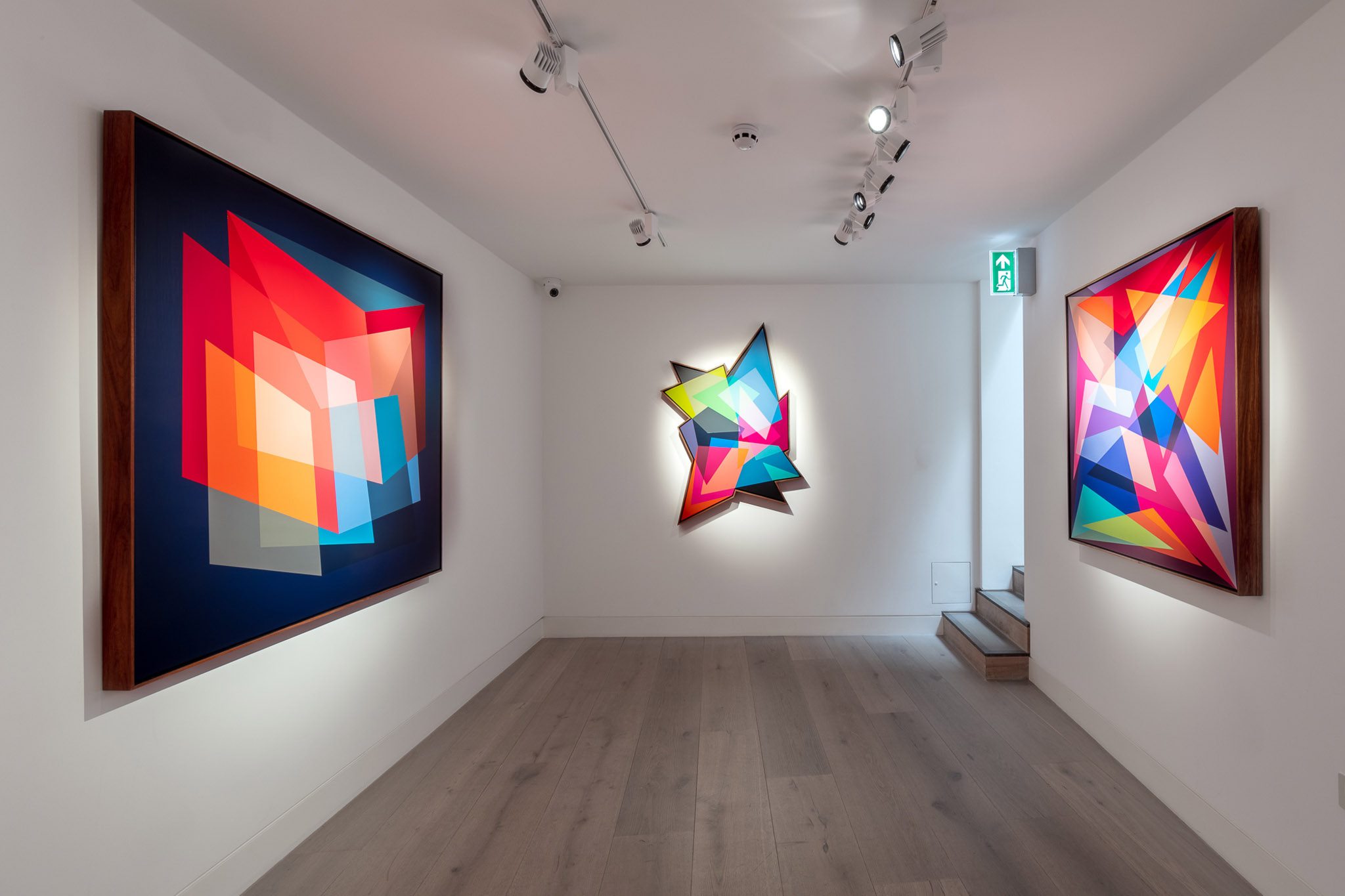 After studying Communication and Graphic Design in Berlin, Urbanski opted to paint full-time after a spell studying in Switzerland. In 2012, a residency in Cape Town took him to South Africa where he still lives and works. 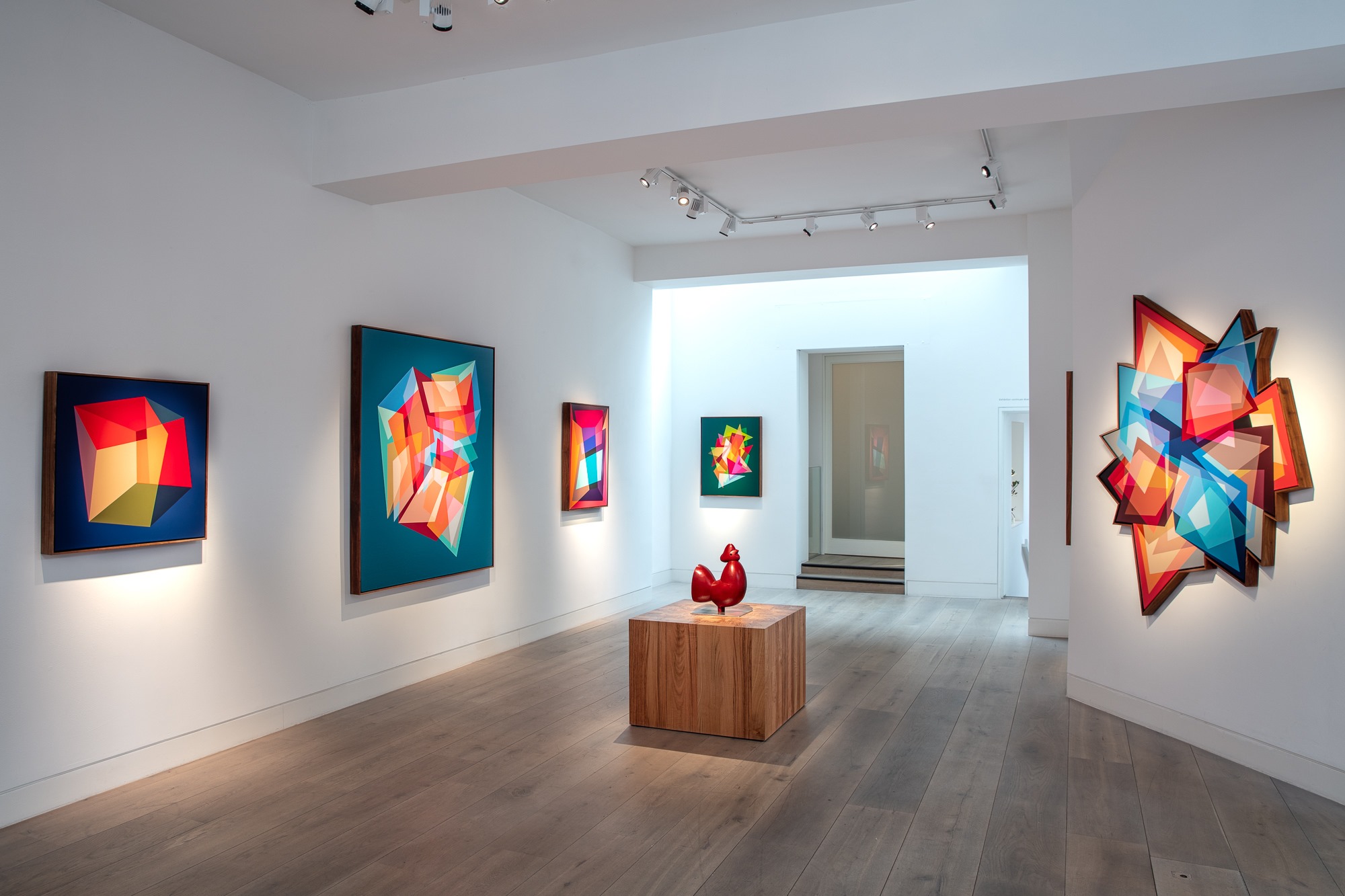 Urbanski relies on spray paint to produce flat colour fields that leave no trace of the “artist’s hand”.Everard Read/Facebook

Though reminiscent of the results of an automated process, in reality Urbanski relies on spray paint to produce flat colour fields that leave no trace of the “artist’s hand”. He first experimented with this unconventional medium as a graffiti artist before later introducing it to his fine art. 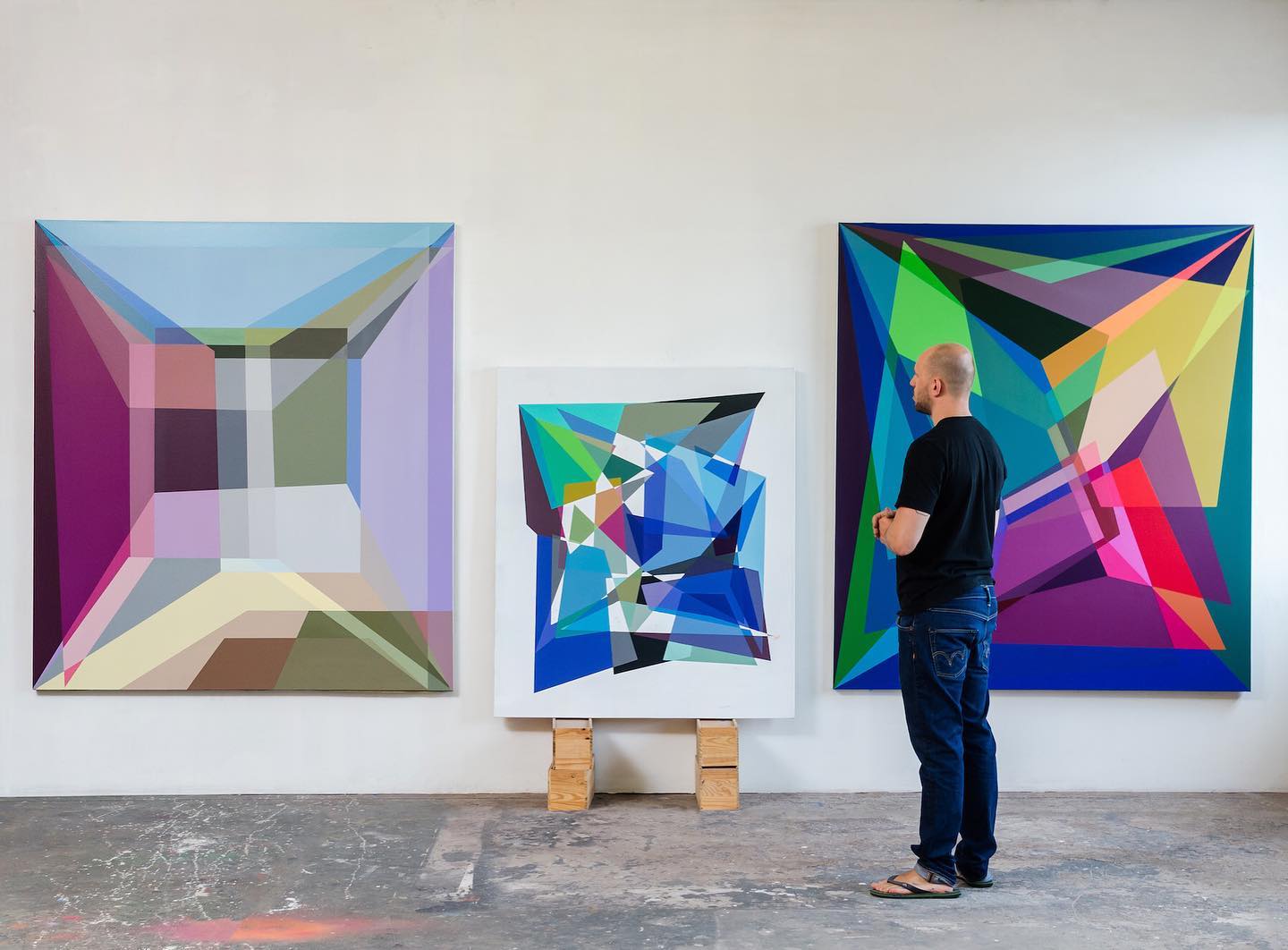 He first experimented with this unconventional medium as a graffiti artist.MacAdam Gallery/Facebook

In the words of Emma Vandermerwe, head curator at Everard Read, the gallery in which his work is currently on display, Urbanski's works contains a “complexity of narrative but at the same time one does not feel overwhelmed or that the artist is out of control”.

Neither does Urbanski shy away from strong colours. “The bold shards of colour characterising his art may recall objects, places, experiences from youth, the colour of a building or a room, or they may encompass the artist’s state of mind as he steps into his studio,” he explains on his website. 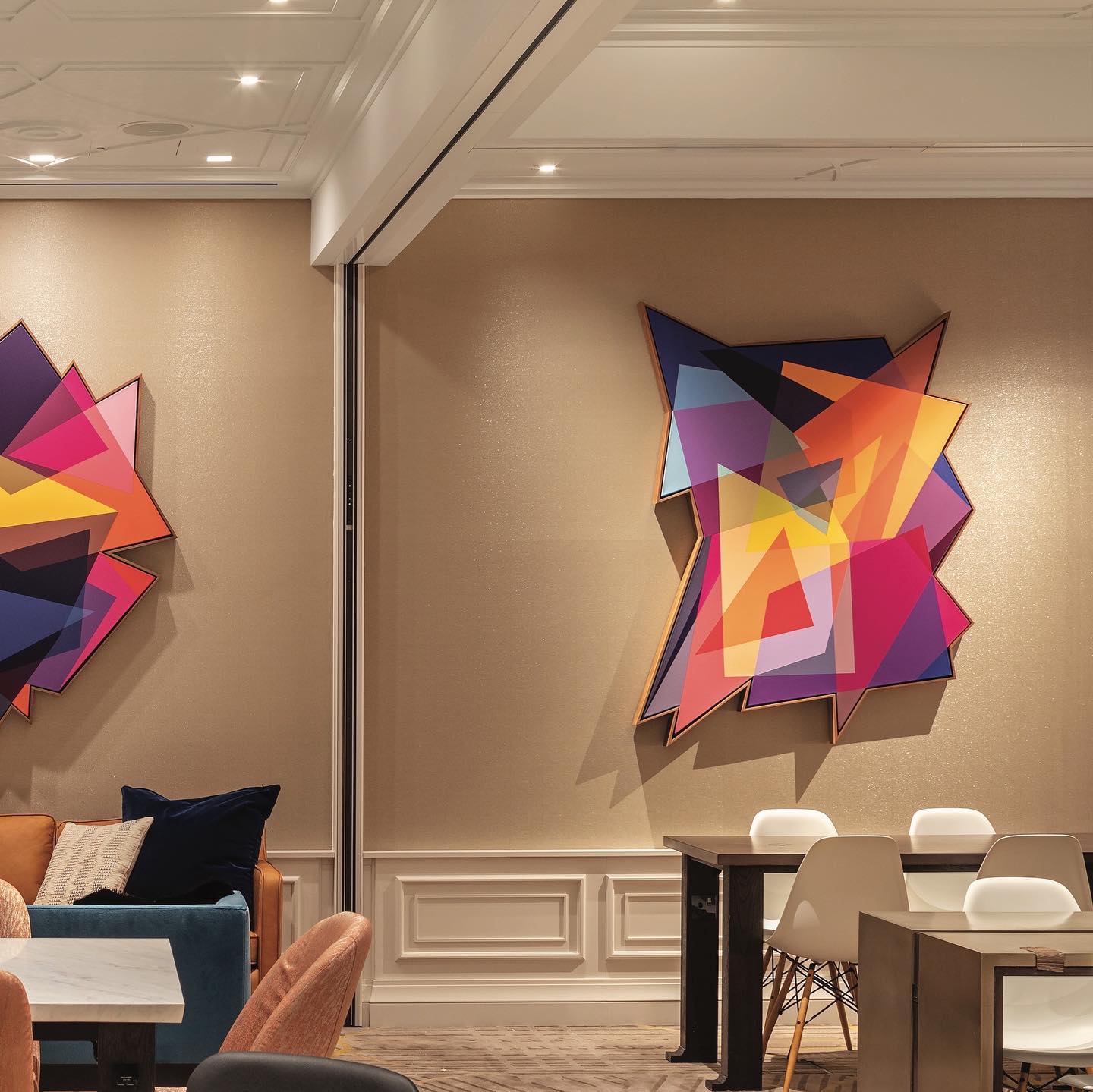 The bold shards of colour in his art recall objects, places and experiences from youth. Hollandridge Group/Facebook

Urbanski’s work is currently being displayed at a solo exhibition titled “Digital Frequencies” at London’s Everard Read gallery. Specialising in contemporary art from South Africa and the diaspora the institution was established in Johannesburg in 1913 and has other exhibition spaces in London, Cape Town and Franschhoek.

Though temporarily closed due to the lockdown, Urbanski’s fifth solo exhibition at Everard Read’s galleries can now be viewed digitally courtesy of gallery’s IGTV channel.