And now it’s the USA! Man Booker winner Olga Tokarczuk nominated for yet another literary prize

Booker-prize-winning author Olga Tokarczuk’s novel Flights has been nominated for one of the most important literary prizes in the United States – the National Book Award.

The Polish author’s work has been included on the longlist of ten in the category of translated literature, which has been reintroduced this year.

This has been a good year for Tokarczuk. In May, the English edition of Flights, translated by Jennifer Croft, won the prestigious Man Booker International prize, one of the greatest successes in Polish literature in recent years.

Flights is a hard-to-classify, complex novel that meditates on themes including travel, the human body, death and migration. The characters include a woman who returns to Poland to poison her terminally ill high school sweetheart, and a young man who slowly descends into madness when his wife and child mysteriously vanish during a holiday and then suddenly reappear.

The name of the novel in Polish, Bieguni, refers to a Russian sect from the 18th century whose members had to constantly keep moving to avoid being possessed by the devil. Remnants of the sect still live in Moscow and spend all their time travelling on the Moscow metro so as not to get caught standing still.

Tokarczuk sees parallels between this sect and today’s digital nomads who travel the world with airport-ready tubes of toothpaste and shampoo bottles and who prefer to gather ‘experiences’ rather than possessions.

The head of the Booker judging panel Lisa Appignanesi said that “Tokarczuk is a writer of wonderful wit, imagination and literary panache”. 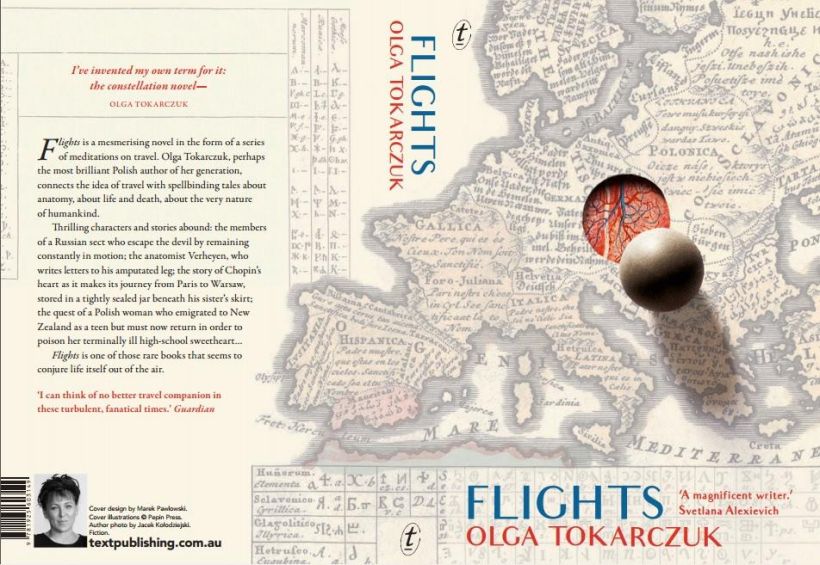 Olga Tokarczuk was born in Sulechów, Poland, in 1962. Before starting her literary career she trained as a psychologist at the University of Warsaw, after which she began practising as a therapist. She considers herself a disciple of Carl Jung and cites his psychology as an inspiration for her literary work.

She is the author of nine novels and several collections of short stories and essays. In addition to the Man Booker International, she has also won the prestigious Nike, Poland’s highest literary accolade. She is the mostly widely translated Polish female writer with her books having been translated into twenty-nine languages, including Chinese, Estonian, and Japanese.

The National Book Awards have been handed out since 1936. And since 1950 they have been awarded in the categories of poetry, non-fiction, fiction and young people’s literature.

This year’s awards ceremony will take place in New York in November.