An iron spearhead, measuring several dozen centimetres in length, which could have once been wielded by a Viking warrior has been fished out of a lake by archaeologists.

The spearhead was found during underwater research in Lake Lubanowo in north-west Poland.

Underwater archaeologists from the Institute of Archaeology of the University of Warsaw have been conducting research in the lake since 2015.

"We have discovered many unique objects, including this very unusual, large, two-part spear tip," Bartosz Kontny, the head of the research team, told PAP. 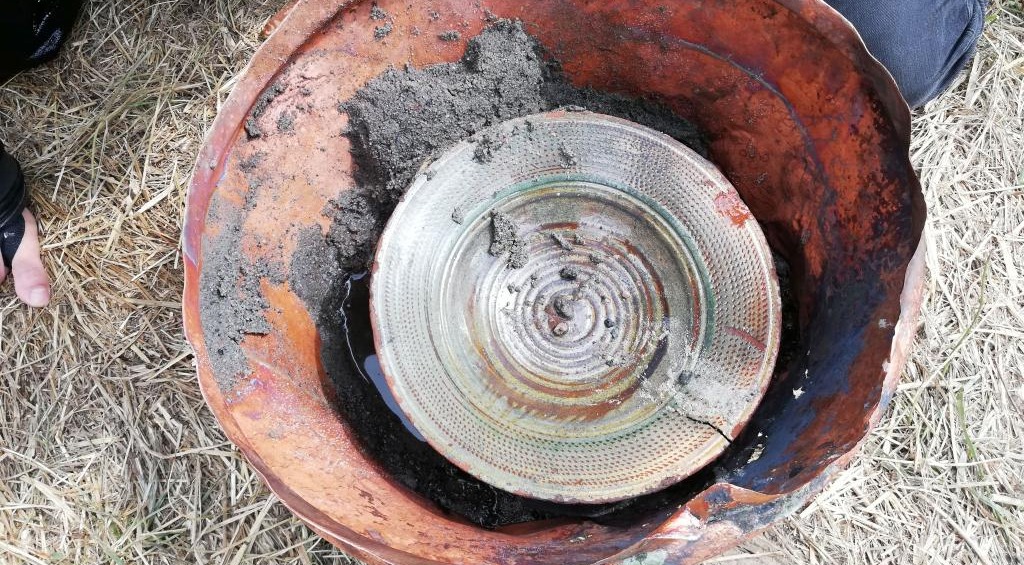 The lake has also given up a copper pot with ceramic bowls inside dating back to the 1600s.B. Kontny

The object is thought to be from the early Middle Ages (10-12 century), owing to the technology used for its manufacture and the characteristic, wide sleeve in which the shaft was embedded.

The way the spearhead was made resembles that used at the time by the Vikings to make arrowheads, Kontny said.

The spear’s method of manufacture came as something of a surprise to the archaeological team, however. Its double blade is divided by a narrow section, with one part turned 90 degrees adjacent to the other. "Perhaps the two-part arrowhead was supposed to set the spear in a rotational motion,” Kontny said. “Thanks to this it flew more precisely. However, when it hit the target, it made a half turn, which made the impact more destructive." 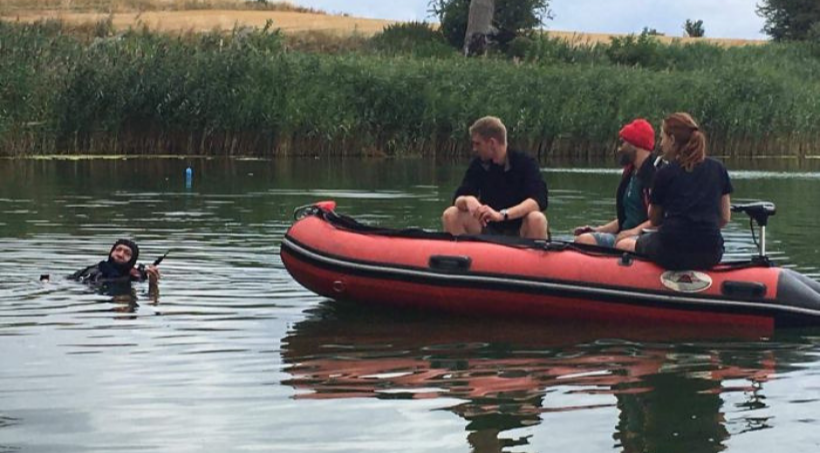 Archaeologists have been searching the bottom of Lake Lubanowo for a number of years.B. Kontny

The design has not been seen before in Poland but similar arrowheads with a double blade were discovered in Haithab, a settlement in northern Germany on the border with Denmark, which was the largest northern European city in Viking times, he added.

Vikings and Danish traders were known to have been active in the region. In the 8th century, they established an important seaport at Truso, near present-day Elbląg, which remained an important trading centre until the 11th century, when it was destroyed and replaced by Gdańsk. The area featured Viking houses including long halls, and remnants of Viking long boats have been found there.

Skeleton of 2,500-year-old Scythian warrior found buried in ‘Valley of the Kings’