An ancient statue destroyed by rampaging ISIS terrorists has been painstakingly restored by Polish renovators and archaeologists.

The early-first-century Lion of Al-lat statue in the Syrian city of Palmyra was bulldozered by marauding terrorists in 2015 and then cut to pieces after they took control of the ancient city.

The terrorists also went about systematically blowing up ancient temples, including those of Baal and Bel, and destroying monuments by smashing their faces and cutting off their hands. 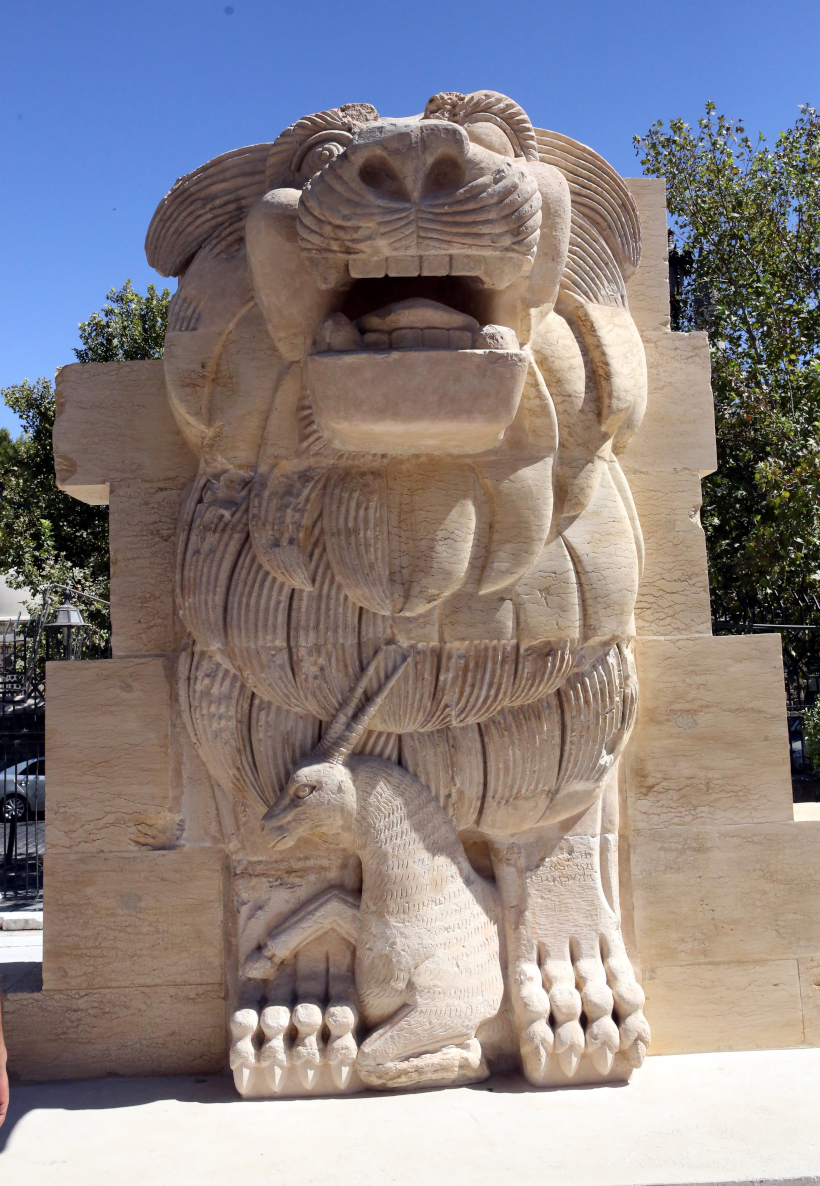 The 15-tonne statue of the lion holding a crouching gazelle was moved to Damascus in 2016 where renovation work began.PAP/EPA

During a slight respite in terrorist activity, in 2016 Polish renovators and archaeologists arrived to assess the damage done and to rescue what they could.

Chief conservator Bartosz Markowski told PAP: “Most of the objects in the museum were unfortunately destroyed - from about two hundred sculptures located on the ground floor, only four survived intact.

“The purpose of our mission was to collect as many fragments of broken sculptures, their parts mixed with rubble, broken glass or broken furniture.” 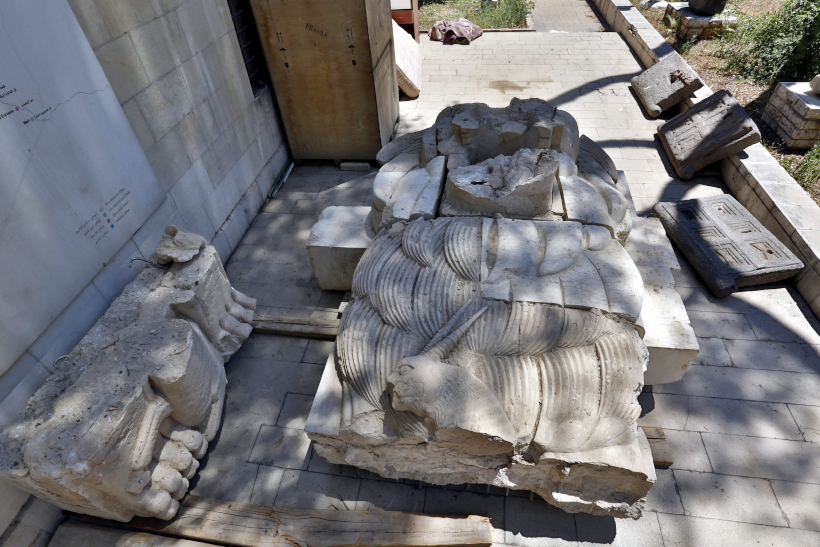 The Lion of Al-lat statue in the Syrian city of Palmyra was bulldozered by marauding terrorists in 2015 and then cut to pieces after they took control of the ancient city.PAP/EPA

One of those objects was the 15-tonne statue of the lion holding a crouching gazelle which, along with 80 cases of antiquities, was moved to Damascus where the renovation work began.

Markowski told PAP: “The work was completed about a year ago, but this time one of the important fragments of the sculpture was found.

I just mounted it on the sculpture. You could say that at this moment the work is fully finished." 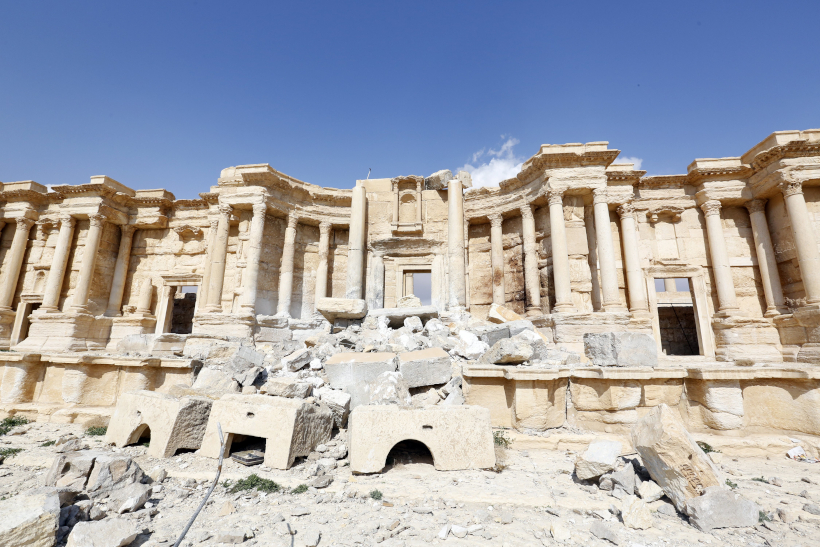 An enormous investment will be required to bring Palmyra back to the state from before the war. The Roman theatre (pictured) was first destroyed and then used as an execution site for 25 Syrian government soldiers.PAP/EPA

The 3-metre-tall Lion of Al-Lat statue which stood in front of the museum in Palmyra was originally discovered by Polish archaeologists in 1977, under the leadership of archaeology legend Prof. Michał Gawlikowski.

Already in a poor state as it had been destroyed in ancient times, the Polish team restored it to its former glory.

Polish archaeological missions have been present in Palmyra since 1959 Michałowski initiated the first expedition. The research and excavations came to a halt in 2011, with the beginning of the civil war. 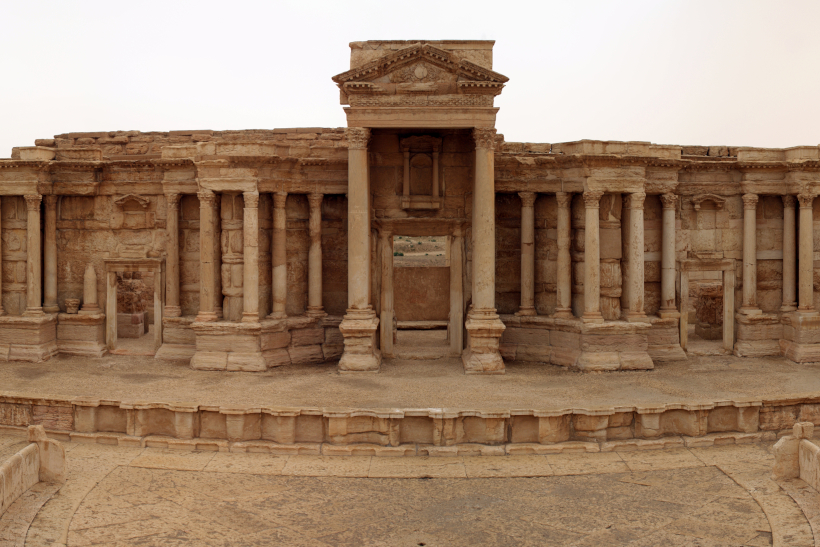 Known as the Pearl of the Desert, Palmyra was founded in the 3rd millennium BC and was a cultural and political centre under Roman rule.Guillaume Piolle / CC BY 3.0

Known as the Pearl of the Desert, Palmyra was founded in the 3rd millennium BC.

Located on the important trade routes between the Mediterranean Sea basin and the Far East, with time the Semitic city would gain regional importance, becoming a cultural and political centre under Roman rule.

The remnants of the city were put on the World Heritage UNESCO list in 1980.