Polish archaeologists have discovered traces of ancient upcycling at the Saruq al-Hadid excavation site in modern day Dubai. The findings from the Iron Age metallurgic centre reveal that its inhabitants were early green pioneers by reusing broken ceramic elements as various tools.

Located on the northern verge of the Rub al-Khalil Desert (southern Dubai), Saruq al-Hadid is now covered by dunes but in the past it must have been a thriving community.

Since the start of digging in 2002, the site has revealed an enormous amount of items from 3,000 years ago made of copper, bronze, iron and precious metals: gold and silver. The findings point to a period of prosperity, when the settlement was an oasis or a complex of oases with a large number of trees and even lakes. 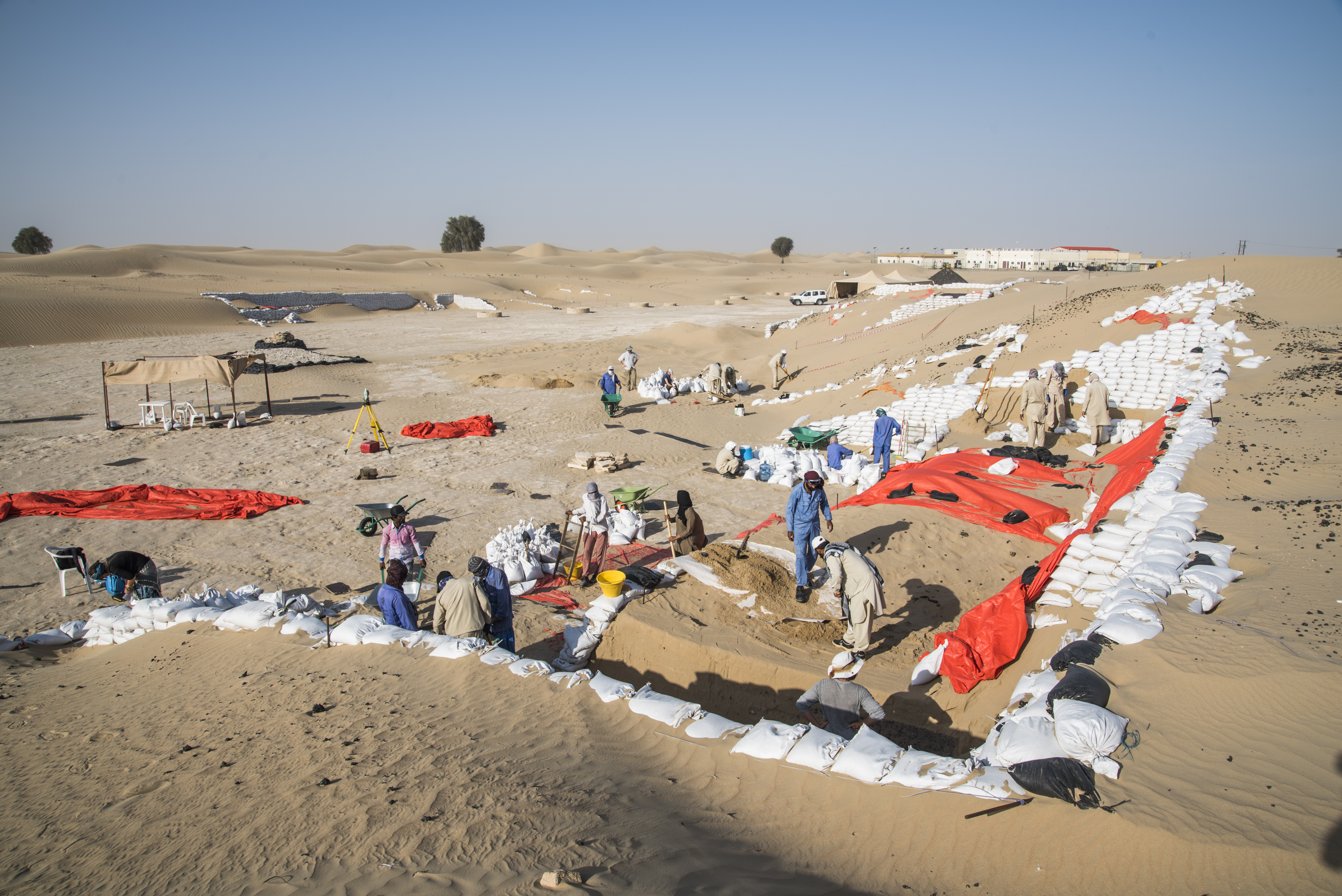 Broken ceramic vessels were not thrown away, instead they were only slightly modified and used as tools,” says Doctor Juchniewicz.Jan Kurzawa

Doctor Karol Juchniewicz from the company ArcheoConsultant, who has been working at the site said: “This is the only explanation for the location of metal production furnaces in a place that is today an endless desert.”

But Polish researchers were astonished to find traces of the Iron Age equivalent of upcycling. “It is an interesting fact that a few thousand years ago, the inhabitants of this place implemented recycling. Broken ceramic vessels were not thrown away, instead they were only slightly modified and used as tools,” explained Doctor Juchniewicz. 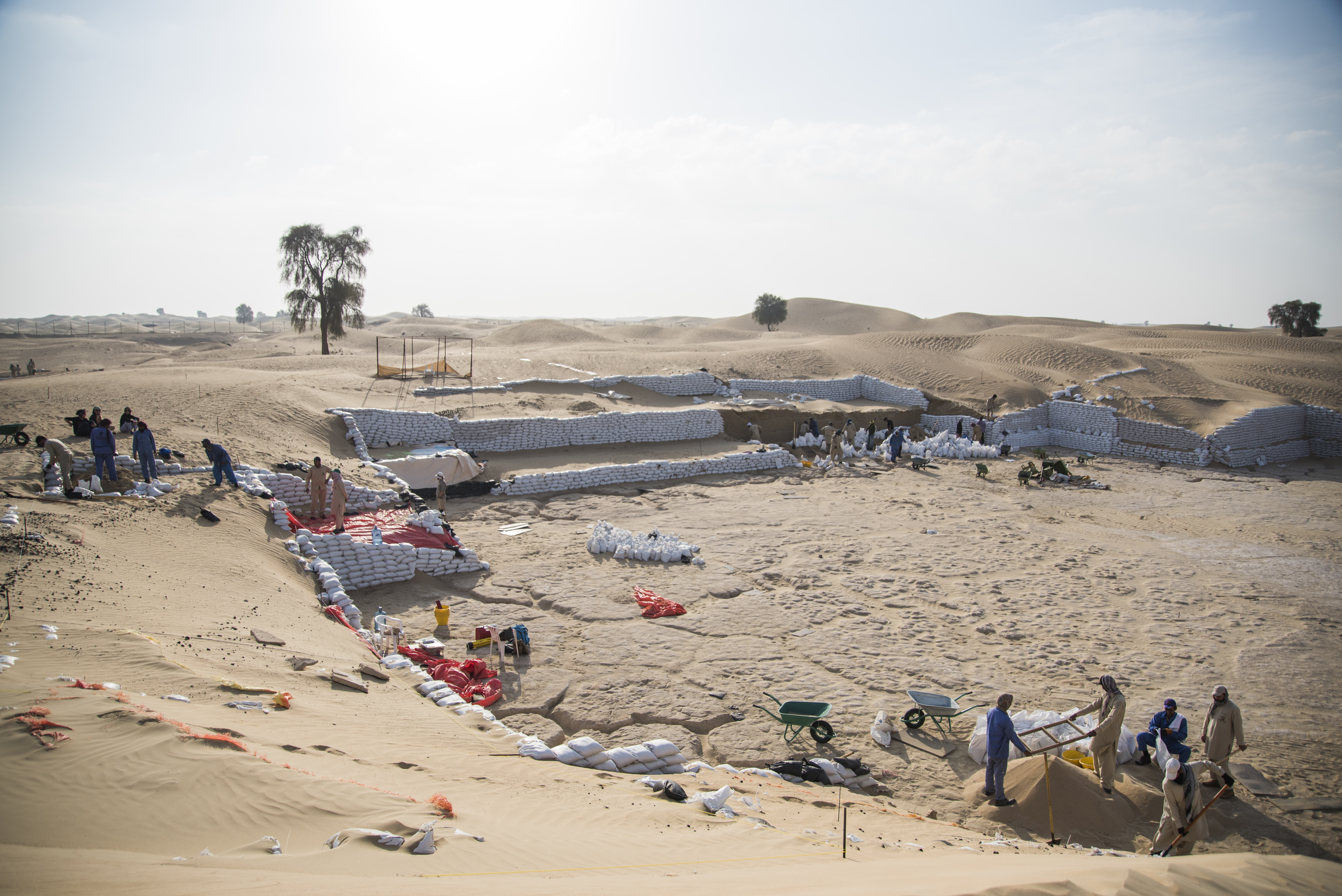 “They included weapons, decorations, jewellery and iconic or magical items, e.g. figurines of snakes', said Doctor Juchniewicz. The majority of them were probably made about 3,000 years ago, but researchers now know that metal making had been carried out at the location even 1,000 years earlier. 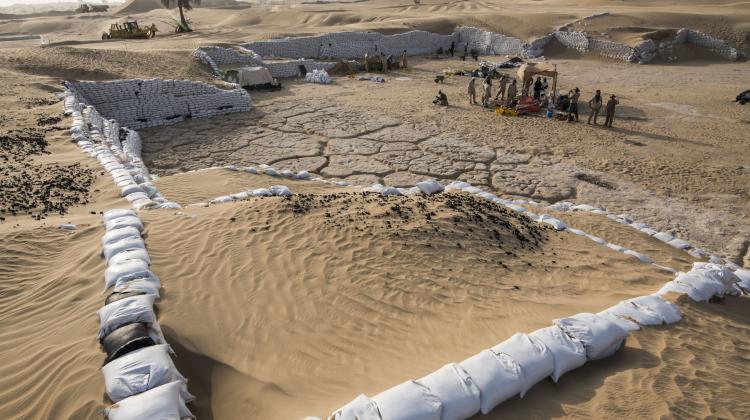 Working in Saruq is very difficult because of the need to constantly fight the ever-changing desert dunes.Jan Kurzawa

For more than 500 years Saruq al-Hadid was a metallurgical centre on an industrial scale, specializing in copper smelting. Extensive layers of black slag uncovered in an area of more than 1 square kilometre show the scale of the production, which lasted until the pre-Islamic period (approximately 300 AD).

This is only the beginning of the researchers’ work, although Polish missions have been operating in the area since 2016 in cooperation with the Dubai Municipality. While Doctor Juchniewicz is very satisfied with the results from the first season of research, there are still many more secrets to uncover:  "Within three months, nearly 300 square metres were thoroughly examined. Working in Saruq is very difficult because of the need to constantly fight the ever-changing desert dunes and sand landslides."