Female cops from Rzeszów have posed for a new calendar to help raise money for breast cancer.

The 2020 calendar called ‘Women to Women’ shows female officers from various branches of the police at work but also captures the more private side of their lives. 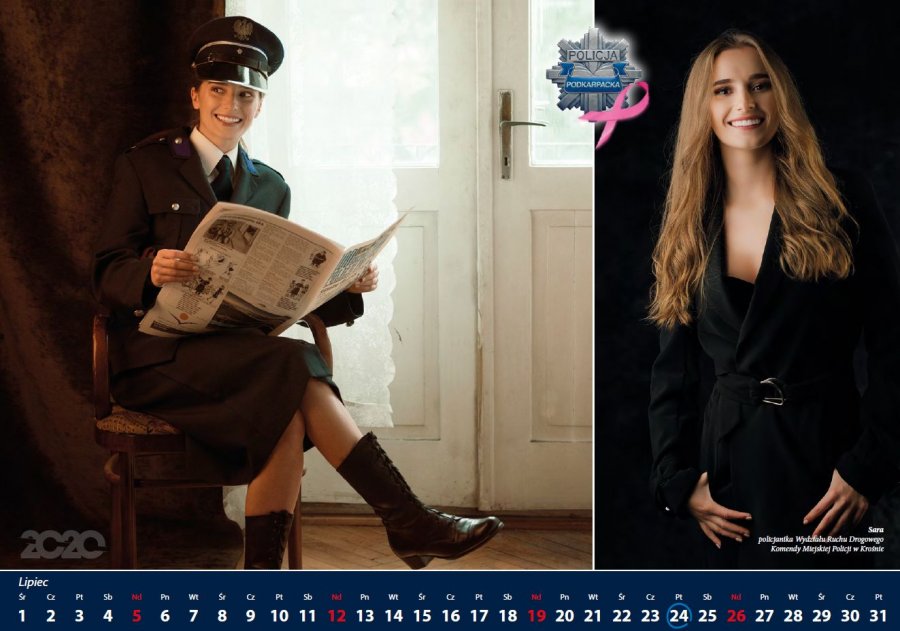 Letting her hair down: Traffic cop Sara from the Municipal Police HQ in Krosno looks glamorous in both uniform and civviesPolicja Podkarpacie

The year begins with Anna from Rzeszów HQ’s intelligence and intervention department standing in uniform next to a cop car bathed in blue light.

This is juxtaposed with a photo of her posing in a stunning off-the shoulder black dress.

February shows traffic cop Sara from the Municipal Police HQ in Krosno looking glamorous in both uniform and civvies, while November presents the two faces of forensics with Marta. 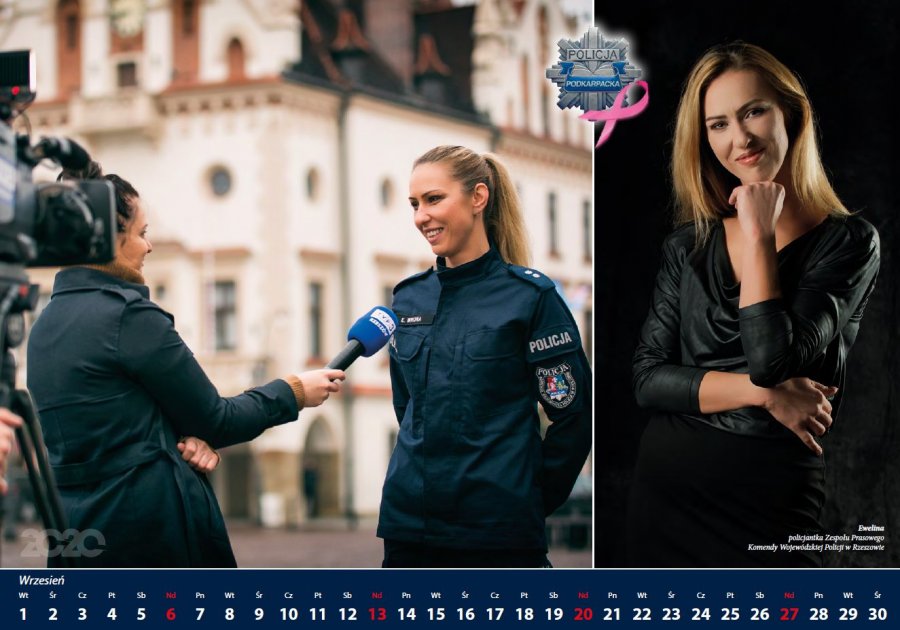 HQ PR officer Ewelina presents September. The number of people suffering from breast cancer and dying from it saw an increase between 2018-2019 with 6,000 patients losing their fight against the disease.Policja Podkarpacie

Halina Lubera from the charity Rzeszowski Klub Amazonka which will receive the proceeds from the calendar’s sales said: “Calendar 2020 - Women to Women - is a beautiful initiative taken by the employees of the Provincial Police Headquarters in Rzeszów.

“The photos perfectly capture the beauty of policewomen, on the one hand in everyday work, in uniforms, and on the other hand in private life, in elegant formal dresses. 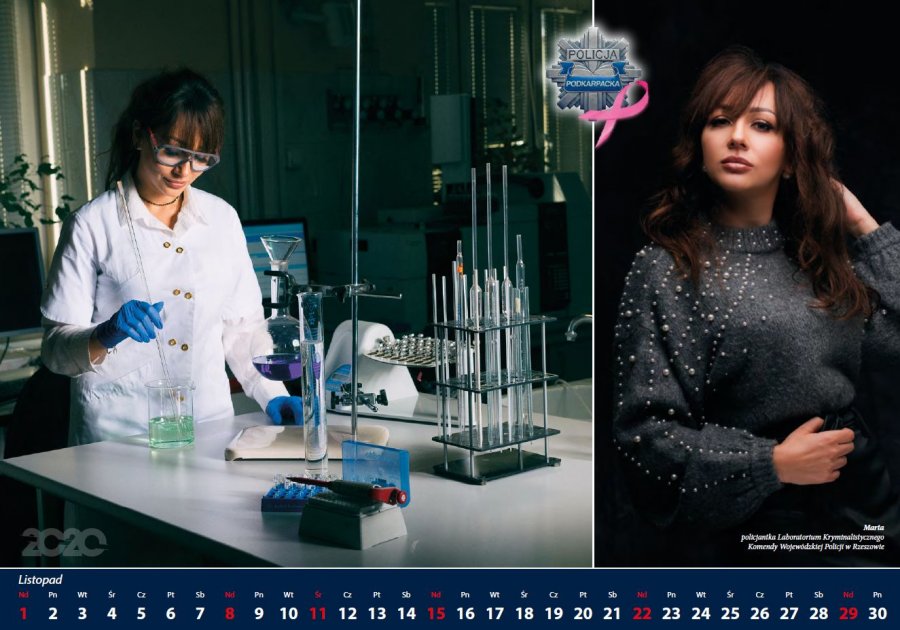 November is presented by Marta, a police officer in the forensic laboratory.Policja Podkarpacie“We are honoured that the gorgeous women officers will contribute to supporting our association.”

As well as raising money to fight breast cancer, the all-women calendar is in recognition of 2020 being the 95th anniversary of the creation of the Women’s Police in the Second Polish Republic.

Established in 1925, the policewomen spent several months training in Warsaw before being despatched to investigation units around the country.

The number of people suffering and dying from breast cancer saw an increase between 2018-2019 with 6,000 patients losing their fight against the disease.