Poland’s economic transformation and constant growth have become a lesson and inspiration for a group of 12 American students from prestigious universities, such as Harvard, Yale and MIT. The group met top Polish CEOs as part of the ‘Poland-100’ mentoring programme, organised by the Boston Consulting Group (BCG), and learnt much about what makes modern Poland tick.

“In the media that I am exposed to as well as in my conversations, there is a binary narrative: the rise of nationalism and what that means for the rest of Europe and Poland’s relations with the EU,” said Mira Nasser, a graduate of University of Pennsylvania, currently studying public policy at Cambridge, looking back on her time on the programme. “I think that having been here, the situation is a lot more complex than just that story.”

Most of the group already had some links to Poland, such as Polish origins, and now they regard the country not only as a possible place to develop their future businesses but also to move their families to. The ‘Poland-100’ programme, which was designed to bring young leaders to Warsaw, Gdańsk and Katowice and to pair them with mentors who lead major companies such as PZU, Bank Peakao, Inglot, Polpharma or Asseco, contributed to this goal. 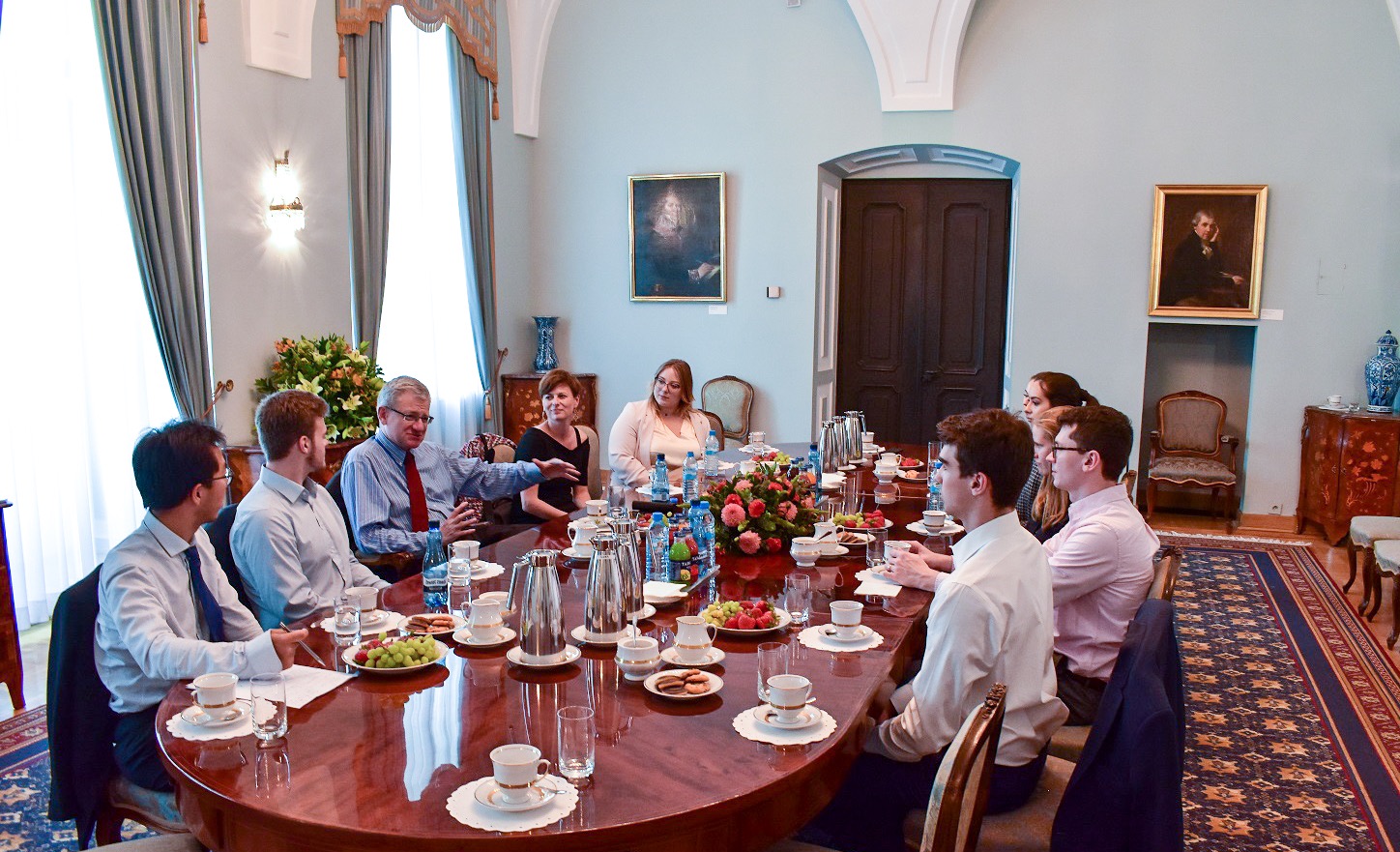 As part of the ‘Poland-100’ programme they got to meet senior figures in business and politics.Boston Consulting Group

Poland’s current economic success, which has GDP growth at 4.6 and seen it declared as a developed economy—the first ex-Soviet bloc state to achieve this—cannot be understood without setting it in a broader context. Martin Reeves, BCG’s senior partner and the BCG Henderson Institute’s director, as well as the author of “You Strategy Needs a Strategy”, spoke to the group about the role of imagination in business. What he did not imagine though, was how Poland would change in the 30 years since he came here for the first time.

“I was here with the World Bank’s first military industrial conversion projects, and transformation projects in 1990, and at the time the transformation problems were huge,” he said. “You had to go to being a functional government in a capitalist economy from a standing start. 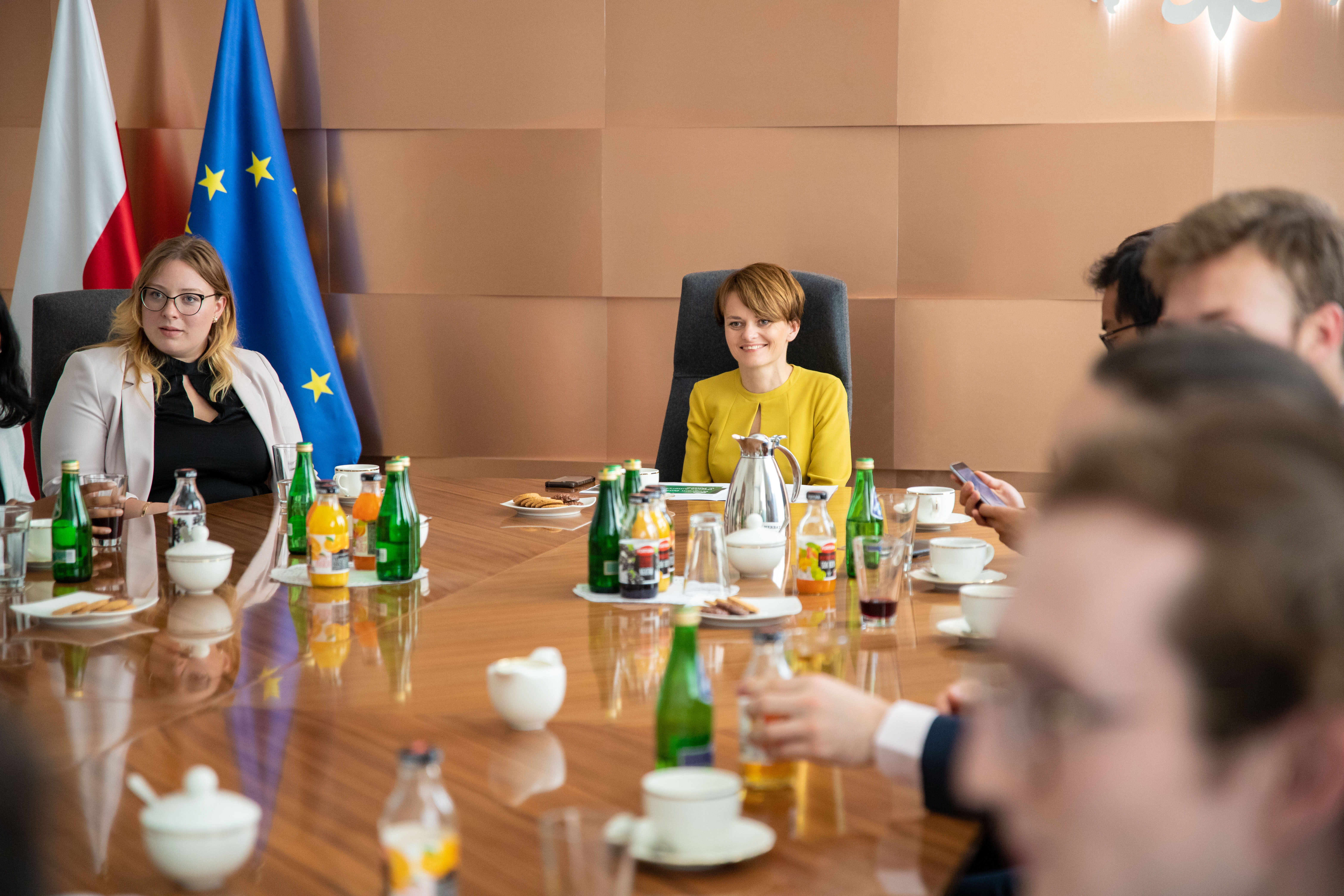 “It’s been a dramatic transformation,” he continued. “It was a tremendous human achievement, it was a bunch of people in the government and different agencies at the time that were trying their best to make it up as they went along, but essentially it was a success of human ingenuity.

Jadwiga Emilewicz, minister of entrepreneurship and technology, was another of the experts the students met. She emphasised that due to Polish history, unlike in the Western countries, Poland has had to start from scratch every few hundred years of so, when it comes to building its businesses and accumulating wealth. Now her ministry’s efforts are focused on encouraging a strong SMEs sector to expand abroad, and on introducing smart money, especially in the form of venture capital. 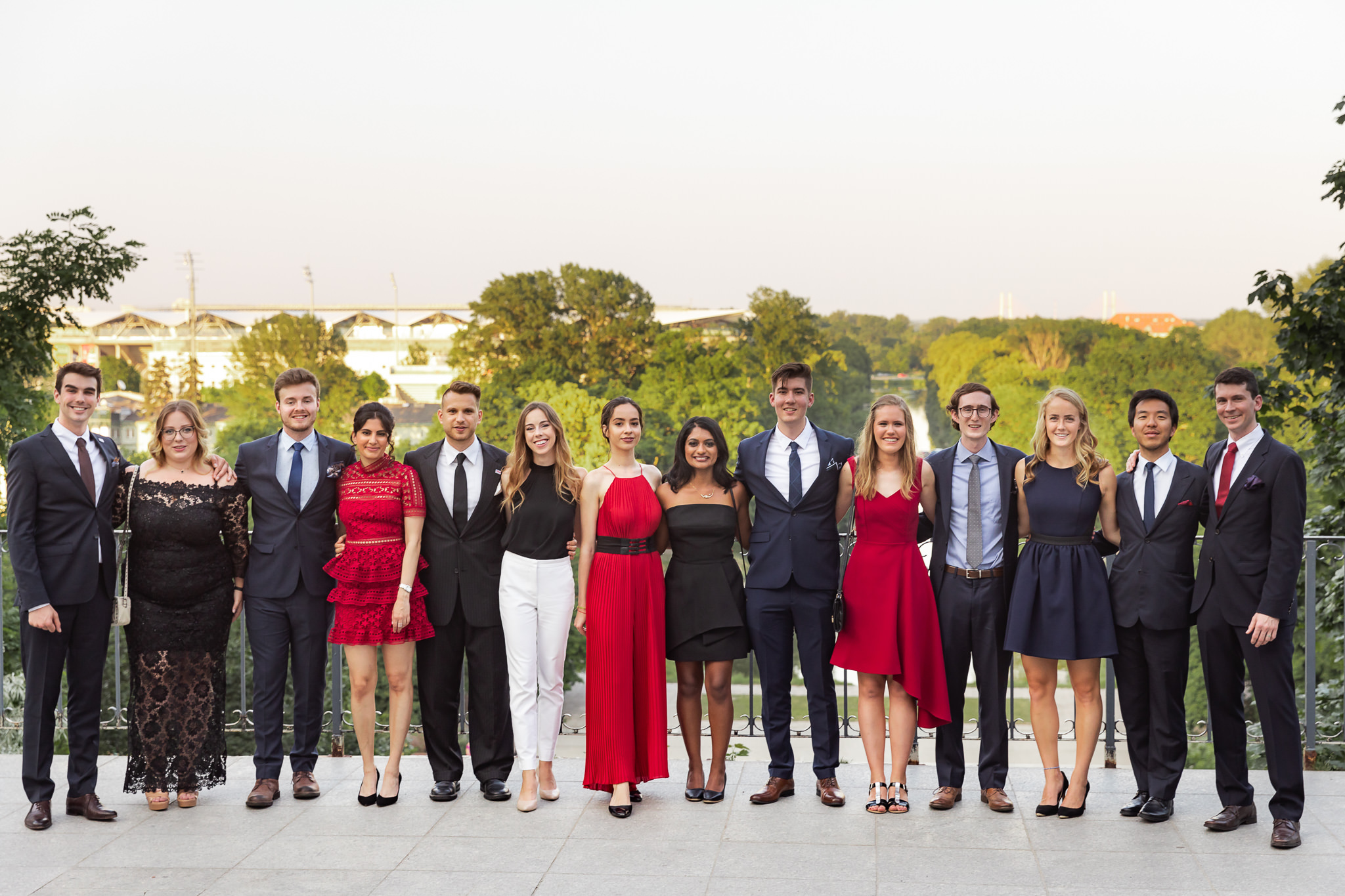 Nicolas Zhang, a student of technology and policy at MIT, had a chance to speak to Aleksandra Sroka-Krzyżak, head of strategy at PKO BP, who showed him the inner workings of the Polish banking system and capital markets. “The biggest job of venture capital is not to bring money, but to build bridges,” commented Nicholas. To him, the strength lies in domestic digital banking, the banks’ modern internal structure and the possible major role they have in handling remittance transfers, all of which is supported by flexible state regulations.

“One thing I will say, is that if I had smart money to invest, I would be a first-mover to set up PE or VC in Poland. From what I have learnt and what I have seen, the IT capabilities here are unmatched,” added Mira.