A self-taught hobby astrophotographer has wowed the internet after his photo of the stars was chosen by NASA as its Astronomy Picture of the Day.

Titled ‘A Northern Winter Night’ the stunning photograph by Łukasz Żak from Wołomin shows a 360 degree panorama of the snow covered ground in the nearby village of Siemiony with tall trees encircling a smattering of brightly lit stars in the night’s sky. 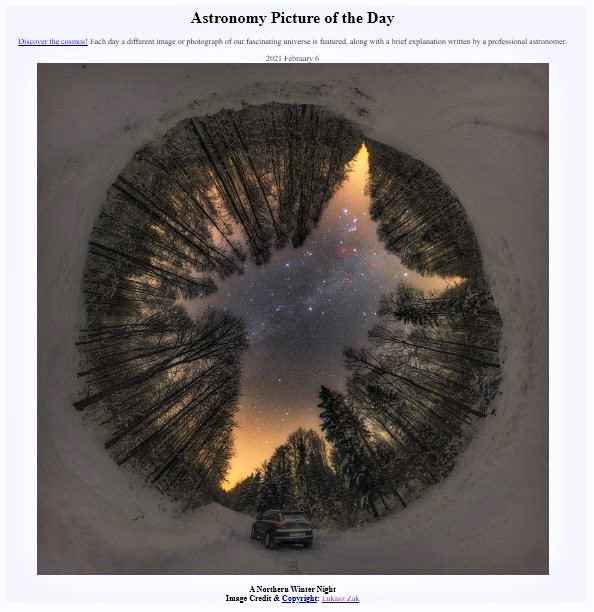 Describing the photograph on the NASA page, Żak said: “Near the zenith is the bright star Capella, a mere 43 light-years above the tree tops.”Łukasz Żak

Describing the photograph on the NASA page, Żak said: “The night was cold and between trees reaching toward the sky shine the stars and nebulae of the northern winter Milky Way.

“Near the zenith is the bright star Capella, a mere 43 light-years above the tree tops.” 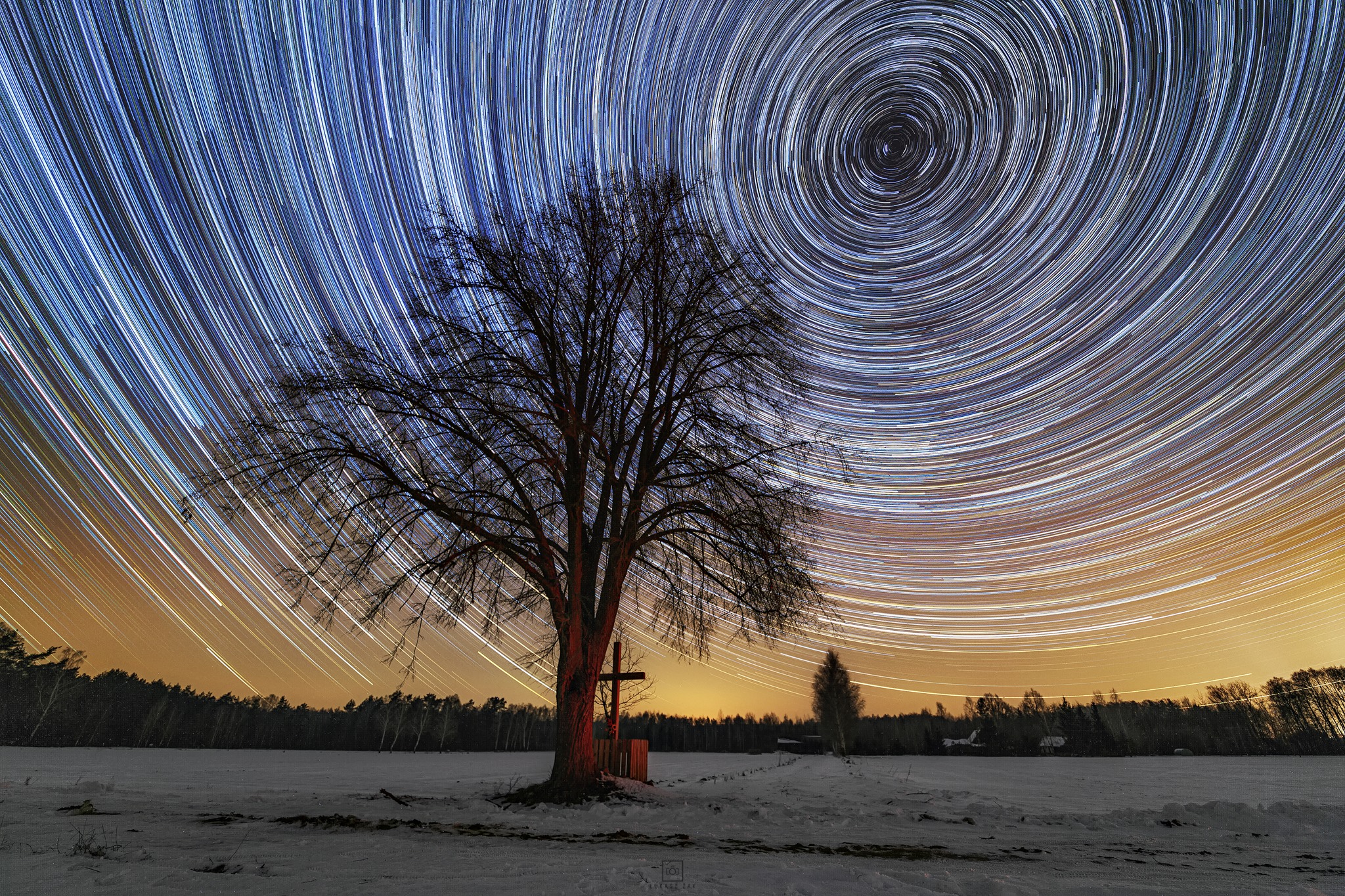 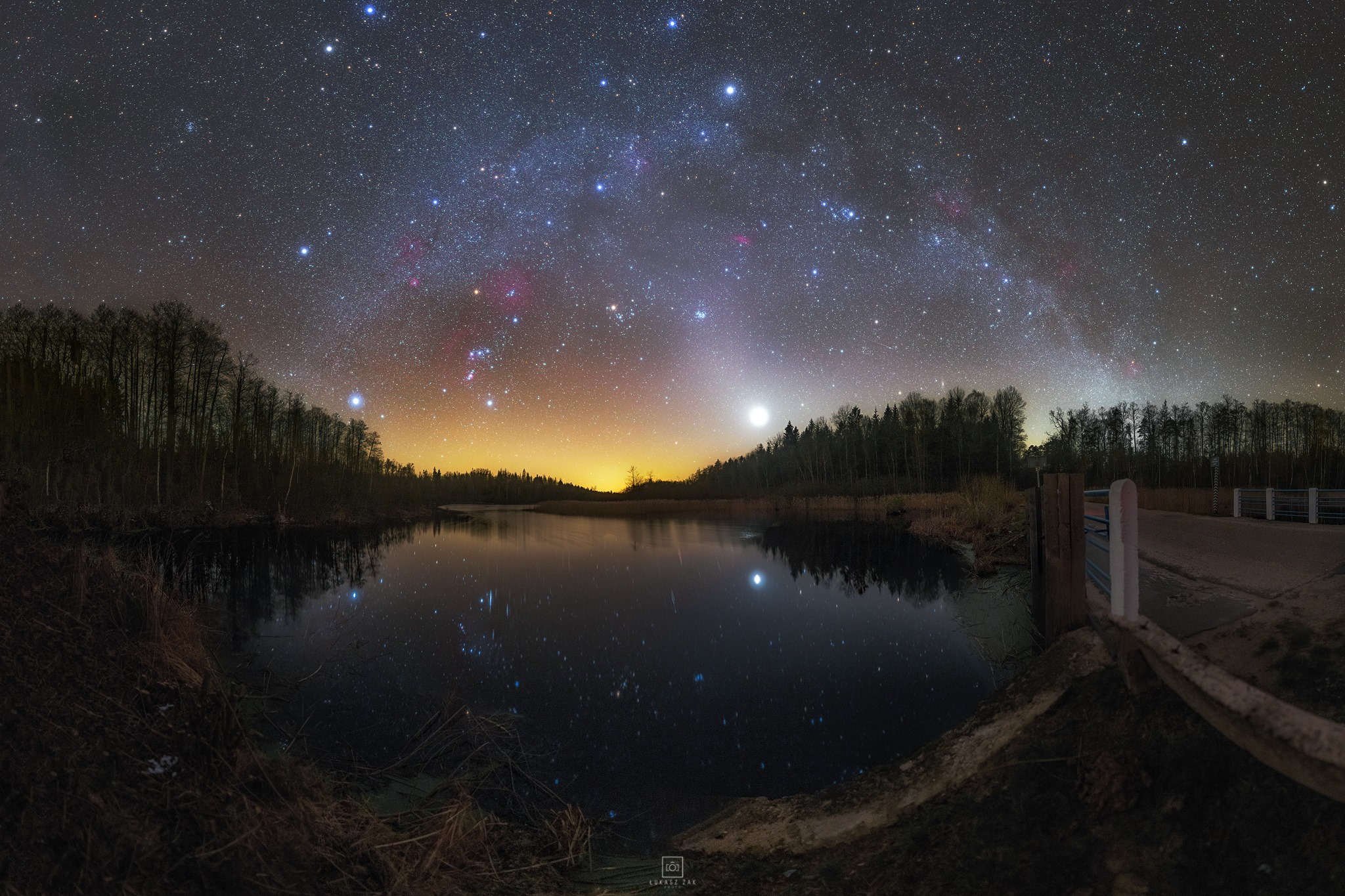 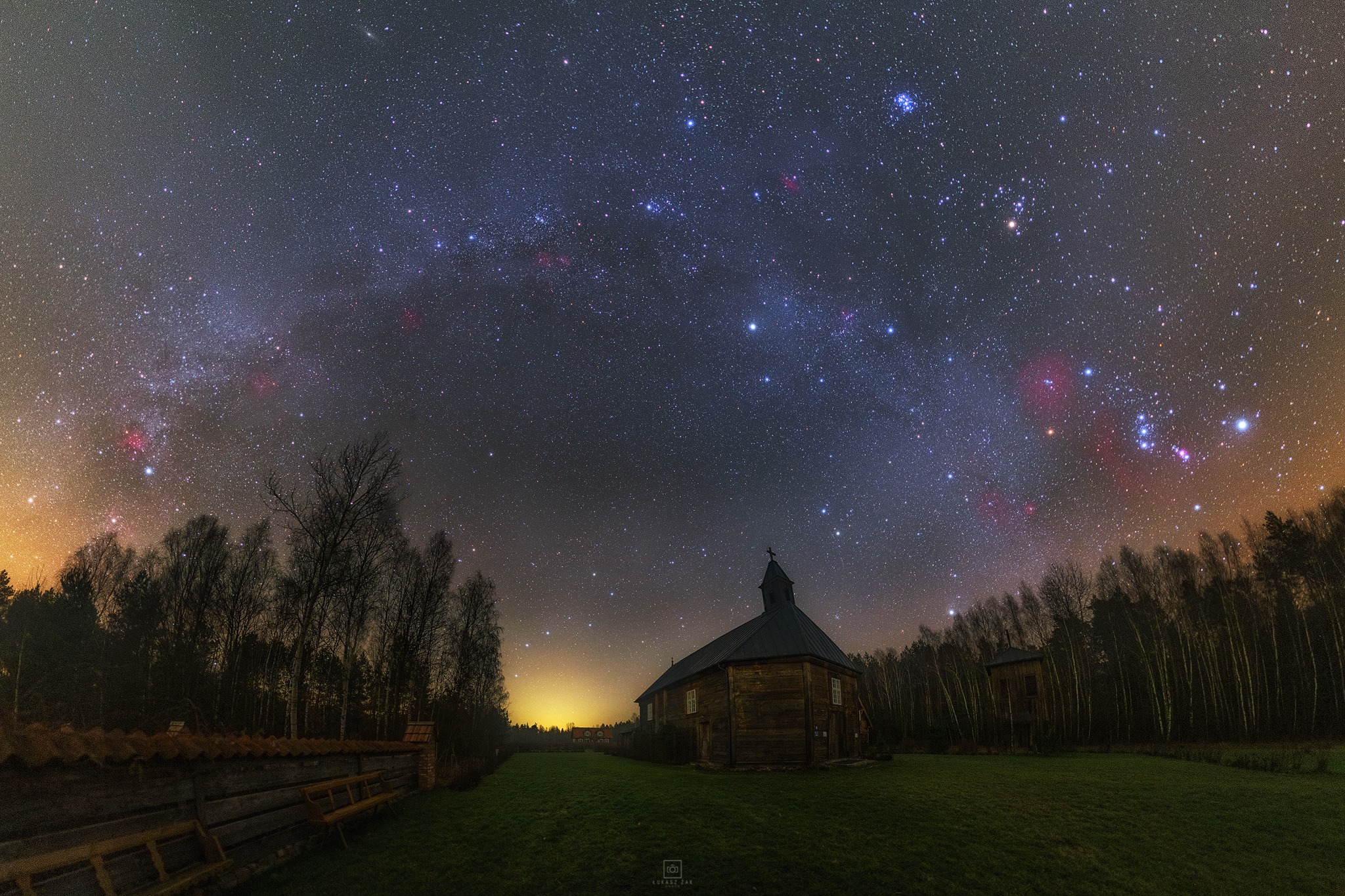 Beginning his adventure with photography in 2016, Żak learnt techniques from the internet and specialist forums.Łukasz Żak

The delighted 37-year-old who is a member of The Polish Astronomical Society’ (Polskie Towarzystwo Astronomiczne), told TFN: “I was over the moon when I found out they published my photo on the prestigious APOD website.

“I have already submitted some of my other photos there.”

But this isn’t the first time that Żak’s photography has been applauded, with last summer seeing his incredible photos of shelf clouds in Krzywica appearing on the Severe Weather website. 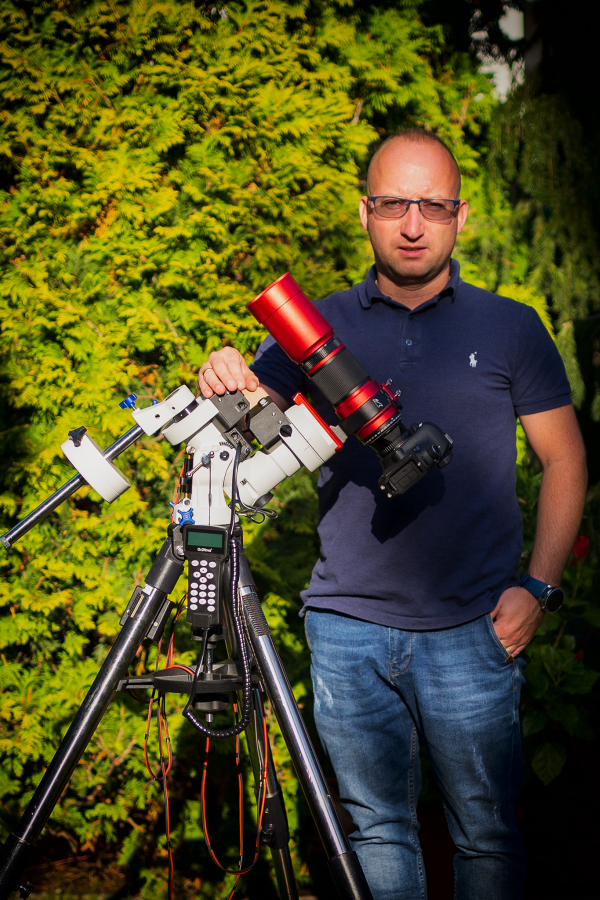 Żak, whose day job is running a company which services refrigeration, air conditioning and ventilation devices, said he began photography out of ‘boredom’.Łukasz Żak

The clouds that Żak captured by chance were created by a complex weather system that moved across Poland for several hours with gusts of wind exceeding over 90 kilometres per hour.

He said: “This was a random observation from home. Seeing what was happening, I quickly took the camera with me and ran to the meadows. I was delighted that I was able to capture it, a beautiful shelf cloud.”

Beginning his adventure with photography out of what he describes as ‘boredom’, the 37-year-old whose day job is running a company which services refrigeration, air conditioning and ventilation devices, is now looking to expand his range and travel to the south of the Equator. 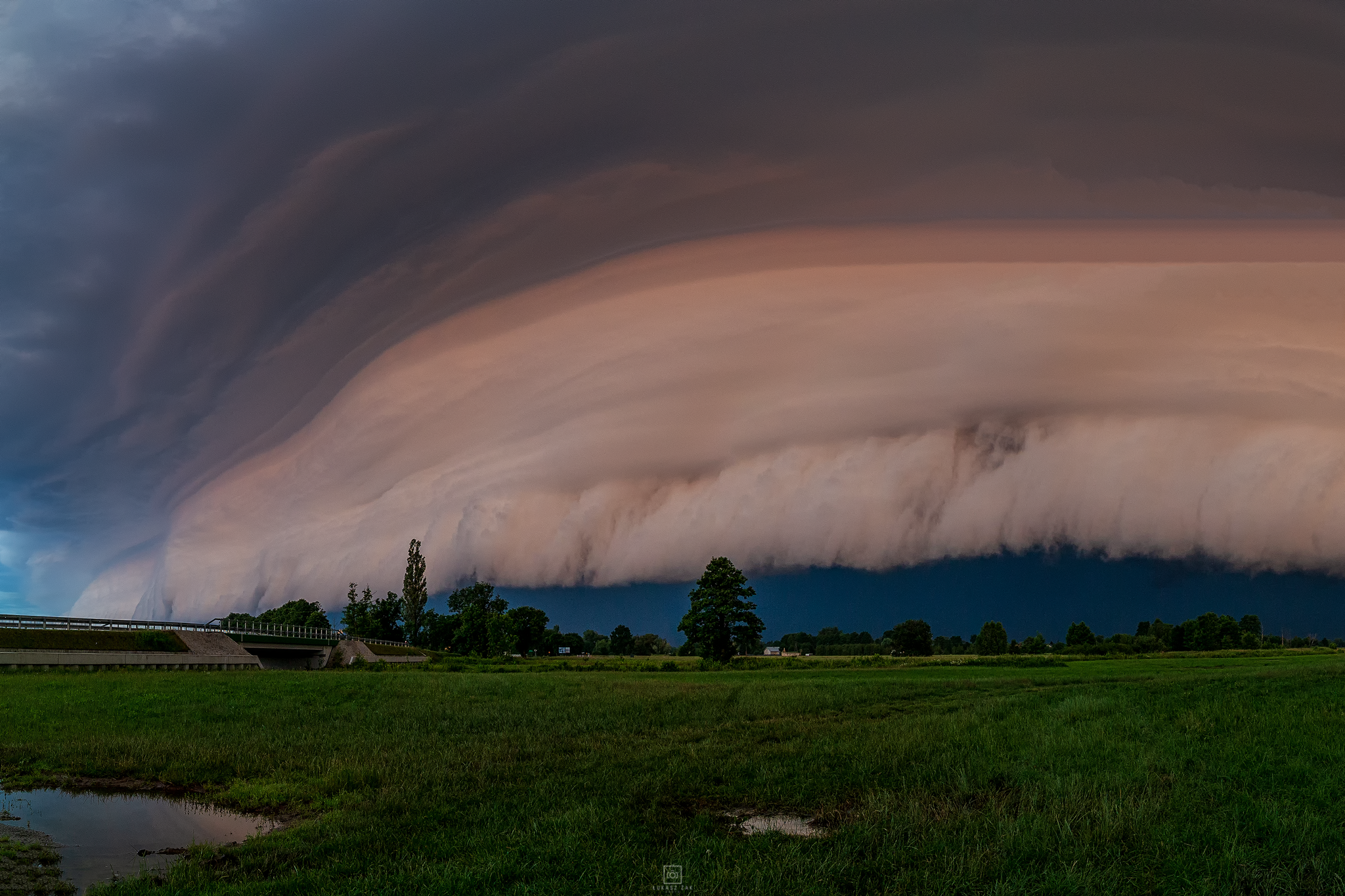 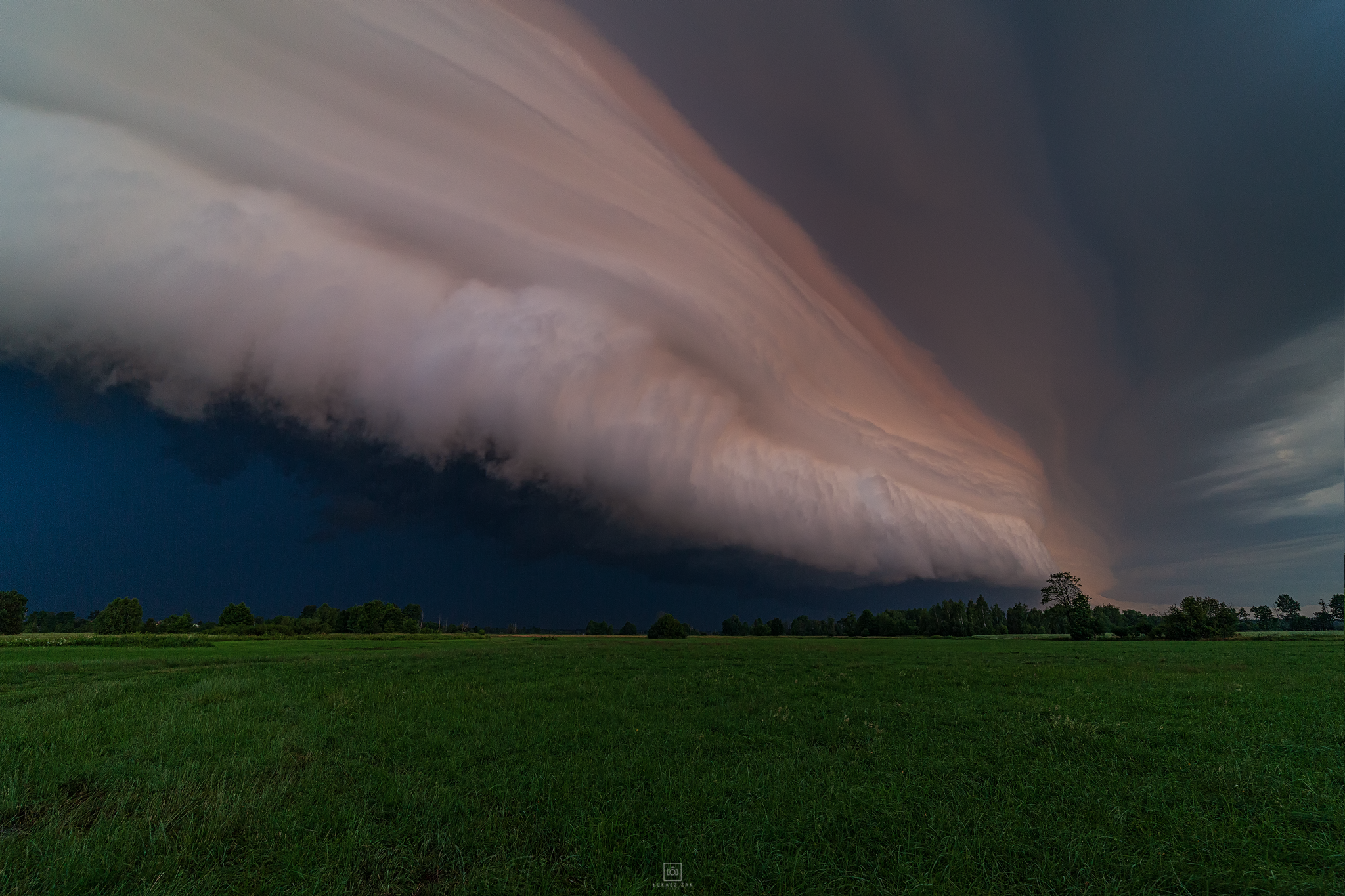 The orange and white clouds appear to form a vertical wall but in fact shelf clouds that appear before a storm see distinct levels rising as the cloud transforms from a rough turbulent cloud nearer the ground to a smoother form higher up.Łukasz Żak

He said: “Now, I take photos in Poland, in Podlasie or Bieszczady, we have a dark sky here and that's why I go there.

“But one day I would love to visit Chile or Africa and photograph the southern sky.”