All together now: Polish foundation raises money for Ukrainian Poles hit by pandemic

A Polish foundation is raising money to help Poles living in western Ukraine who have been severely affected by the pandemic.

The ‘Heart for Compatriot’ (Serce dla Rodaka) initiative is delivering basic goods for elderly people living on their own or families in need.

Launched at the beginning of April by the Kresy Heritage Foundation (Fundacja Dziedzictwo Kresowe), it is a continuation of similar initiatives usually held during Christmas. This time, concerns over the dire situation caused by the COVID-19 lockdown moved the foundation's representative to act and ensure a supply of food and sanitary products, as well as medicine.

Jan Sabadasz, the Kresy Heritage Foundation’s head, told TFN: “Our charges are mostly elderly people. Those who receive a pension in Ukraine, which is usually about PLN 250 or 300. It doesn’t take long to calculate what you can afford on such a budget.

“This pandemic didn’t cause a drastic deterioration in the situation,” he continued. “These people are no longer active professionally and with the announcement of lockdown, they needed to acquire a large number of products at once. It was a one-time expense many of them couldn’t afford.”

In total the initiative should help up to 2,000 families living in western Ukraine.

This is not the first such programme the foundation has organised. Apart from Christmas food packages they’ve been delivering for the past four years, they’re also involved in the upkeep and renovation of historic monuments connected to Lviv’s Polish past.

The foundation’s name comes from the word Kresy, which is used to describe inter-war Poland’s eastern borderland. After World War II Poland’s borders were moved west and some areas, towns, and villages with ethnic Poles in them changed countries. This was the case with Lviv and the Polish community living in and around it.

Jan’s motivations to start the foundation were personal. He himself comes from a Polish family living in Lviv. He laughs, that although he started high school at an institution named after the Polish-Soviet novelist Wanda Wasilewska (still in the Soviet Union), he proudly finished it at the Maria Konopnicka (Polish poet and writer) High School in independent Ukraine.

For his university studies, Sabadasz moved first to Przemyśl and later on to Warsaw, where he graduated with a law degree. “This relationship with the Polish community in Lviv was always present and after graduation, I tried to organise some kind of cooperation,” he said. “One of the first jobs I took was at the governmental Foundation to Aid Poles in the East.”

The ‘Serce dla Rodaka’ fundraiser has strong support from Poles living in Ukraine. Ewelina Hrycaj-Małanicz is one of the people the foundation works with. Now 79 years old, she is a Lviv native with Polish roots. Her father, a working-class man, was born there in 1908, while her mother moved to the city in 1936 from another part of Poland. 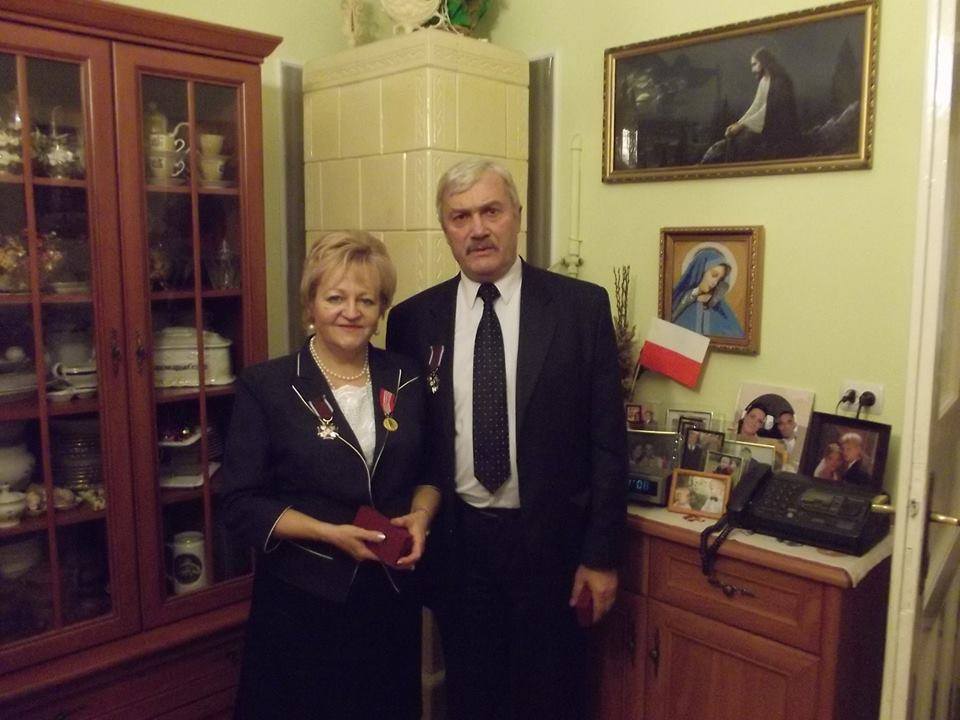 “I’m a Pole from the moment I was born and I believe that neither citizenship nor the place where we live determines our nationality,” said Hrycaj-Małanicz. “I nurture my Polishness like a mother, like a child. Poland has always been and still is in my house. In our parental home as well as in my home we speak Polish.”

For 30 years, she has been active in Polish societies and organisations, including the Polish Doctors Association and the University of the Third Age.

Speaking of the hardships brought by the pandemic, Hrycaj-Małanicz stated it doesn’t discriminate and touches everyone the same way.

“The situation of Poles and people of Polish origin living in Ukraine, especially in Lviv and its surroundings, is equally difficult for all citizens living here,” she said. 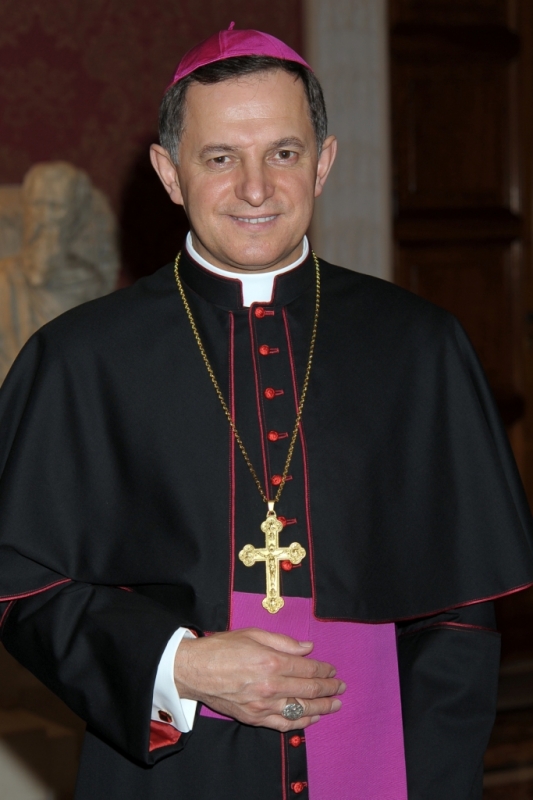 Archbishop Mieczysław Mokrzycki has helped get the aid to those who really need it.Roman Catholic Archdiocese of Lviv

Halina Wencak, nee Gawlik, also from Lviv, has supported the Polish community together with her husband for the past 25 years. Her husband worked in the Polish school, while she worked at the consulate.

The 62-year-old was born in Mościska, Lviv Oblast. “I grew up in an environment where we Poles were a significant part of the border town,” she shared. “We always felt like a strong and courageous community. The general atmosphere between people was clearly tolerant, although, of course, the communist authorities did not spare us from persecution and harsh harassment for boldly practicing our faith.”

One of the elements that often clearly distinguished Poles from their Ukrainian neighbours was faith. Polish nationals are mostly Roman Catholic, while Ukrainians belong to the Orthodox Church. It is no coincidence that the Kresy Heritage Foundation works closely with the Roman Catholic Archdiocese of Lviv.

Commenting on the fundraiser of which he is a patron, Archbishop Mieczysław Mokrzycki said: “Today, Ukraine just like the rest of Europe and the world is going through a very difficult time, the time of the pandemic. This is why the initiative ‘Serce dla Rodaka’ is so important, as elderly people will not make it on their own.”

“These people are no longer active professionally and with the announcement of lockdown, they needed to acquire a large number of products at once,” says Sabadasz.Kalbar/TFN

Local priests in Lviv and nearby parishes are often the ones who have the most up-to-date information on people in need.

So far the foundation has raised over PLN 20,000 for the ‘Serce dla Rodaka’ initiative.

“I would like to thank everybody for each donation, or as we call it a gift from the heart,” Sabadasz concluded. “Of course, it is a drop in the ocean, but every single donation made is a huge help.”

To support Poles living in Ukraine, visit this link: https://sercedlarodaka.pl/

Public support for government rises slightly in May