The legendary Orient Express is to make a spectacular return following the loving restoration of 17 of the train’s original carriages found in Poland.

Originally discovered in 2015 decaying by the wayside in the eastern village of Małaszewicze, the carriages included sleepers, a bar and dining room, and baggage and bathing cars. Commissioned by ACCOR, the renovations have been carried out by French architect Maxime d’Angeac.Futur OE

Bought by French hotel giant Accor in 2018 and taken to Paris using special tow trucks under a police escort, the carriages have since been undergoing meticulous restoration.

Guillame Delacroix from Accor told newspaper Dziennik Wschodni: “Our aim from the very beginning was recreating the legend and reviving the train…We are restoring the luxury character of 17 original carriages dated between the 1920s and 30s”. The new carriages include a number of Art Deco details that the train’s original passengers would have found during their journey to Istanbul. Futur OE

The hotel group managed to find the carriages after historian and Orient Express specialist Arthur Mettetal spotted a video on the internet with the train’s characteristic markings.

He told Dziennik Wschodni: “I knew that the cult carriages had to exist somewhere, I didn’t know where exactly.

“On the video I deciphered that they were from the Orient Express. Using Google Maps I discovered the location in Małaszewice.”

A few months later, Mettetal came to Poland with an interpreter and photographer. 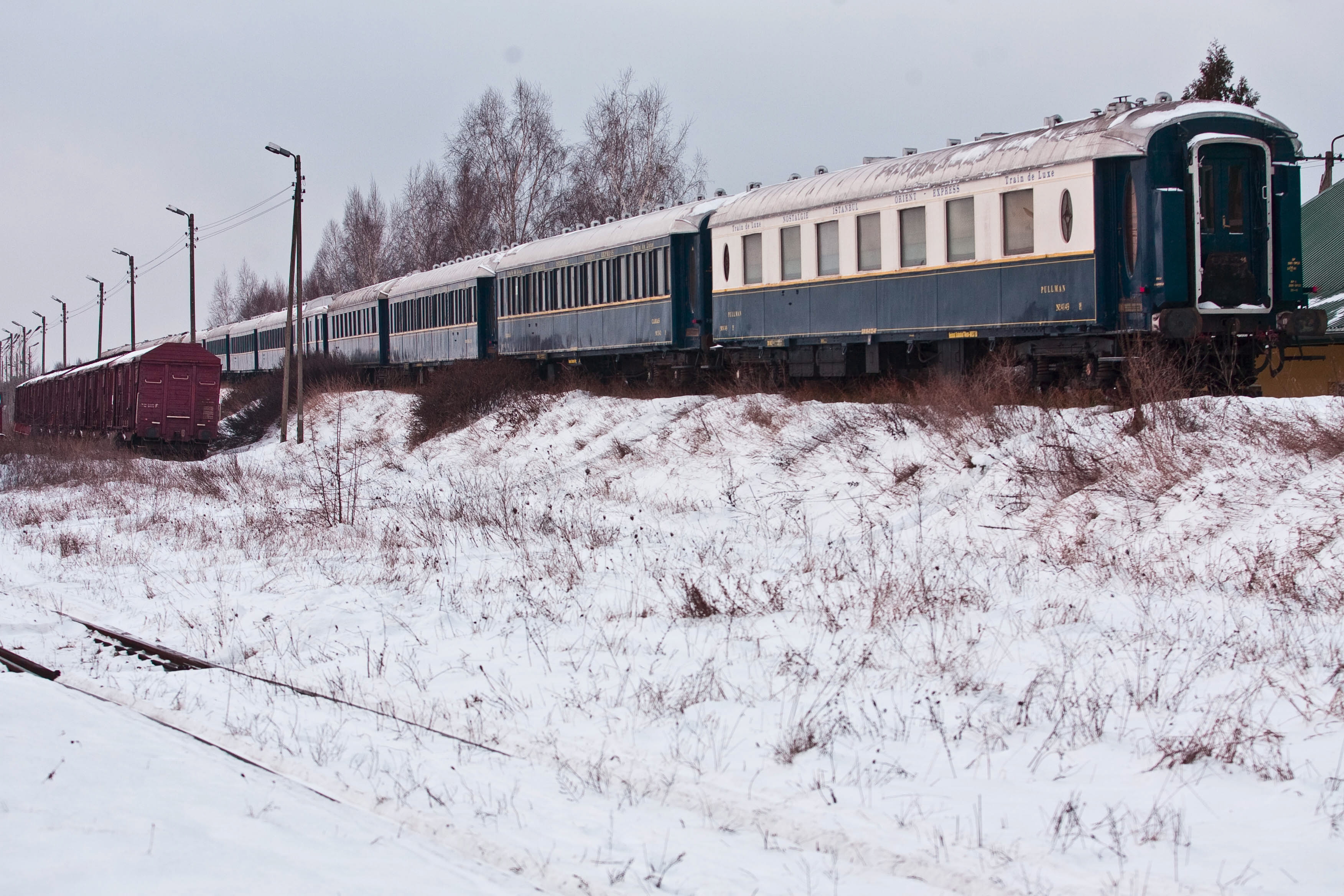 The carriages were originally discovered in 2015 decaying by the wayside in the eastern village of Małaszewicze.Wojciech Pacewicz/PAP

He said: “We were surprised that the interiors were quite well preserved, amongst others with art deco decorations from English designers Morris and Nelson as well as glass panels of the French artisan René Lalique. It’s a real miracle.”

The village of Małaszewice lies close to the city of Biała Podlaska which was one of the stopping points along the Orient Express’s Paris to Hong Kong route. 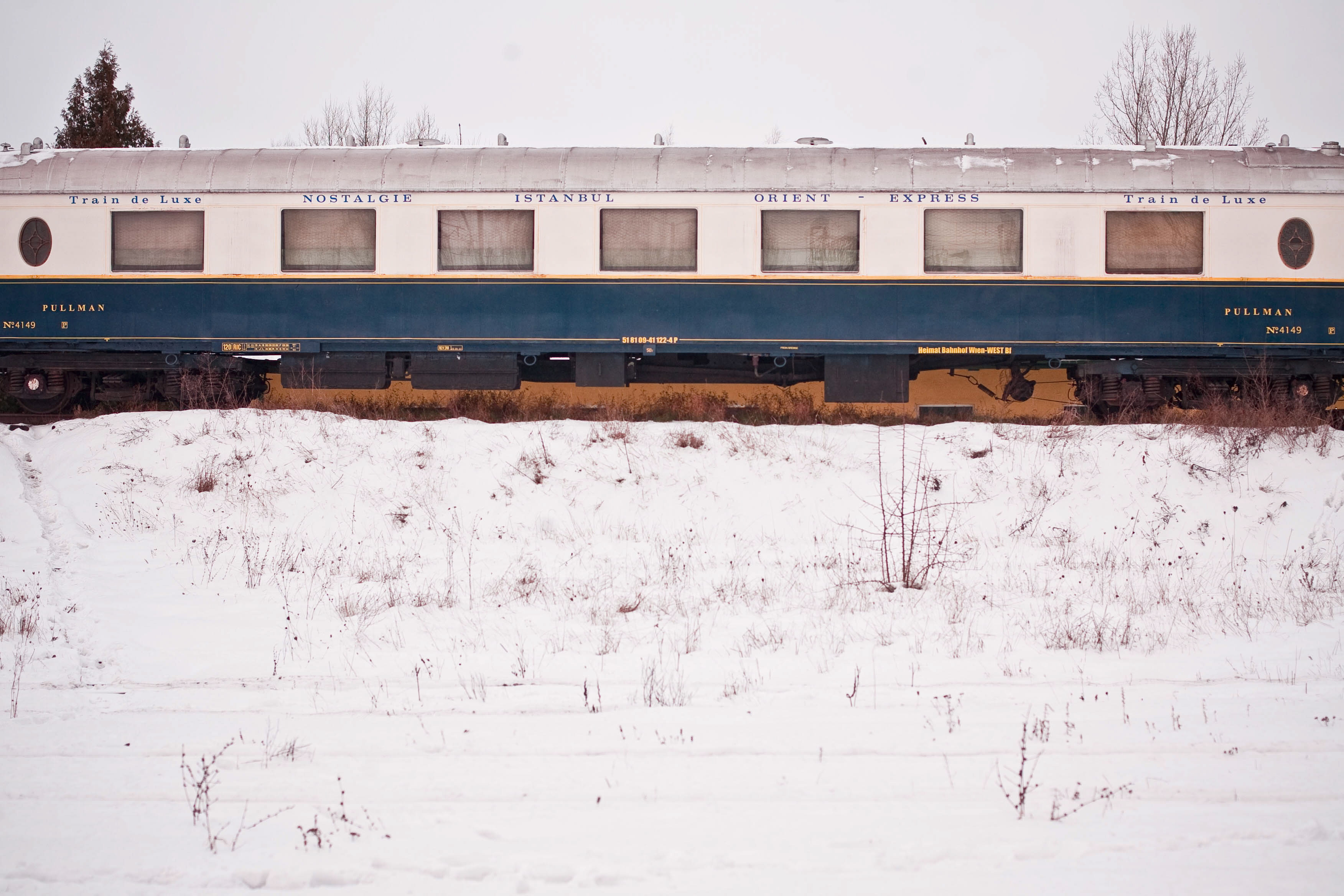 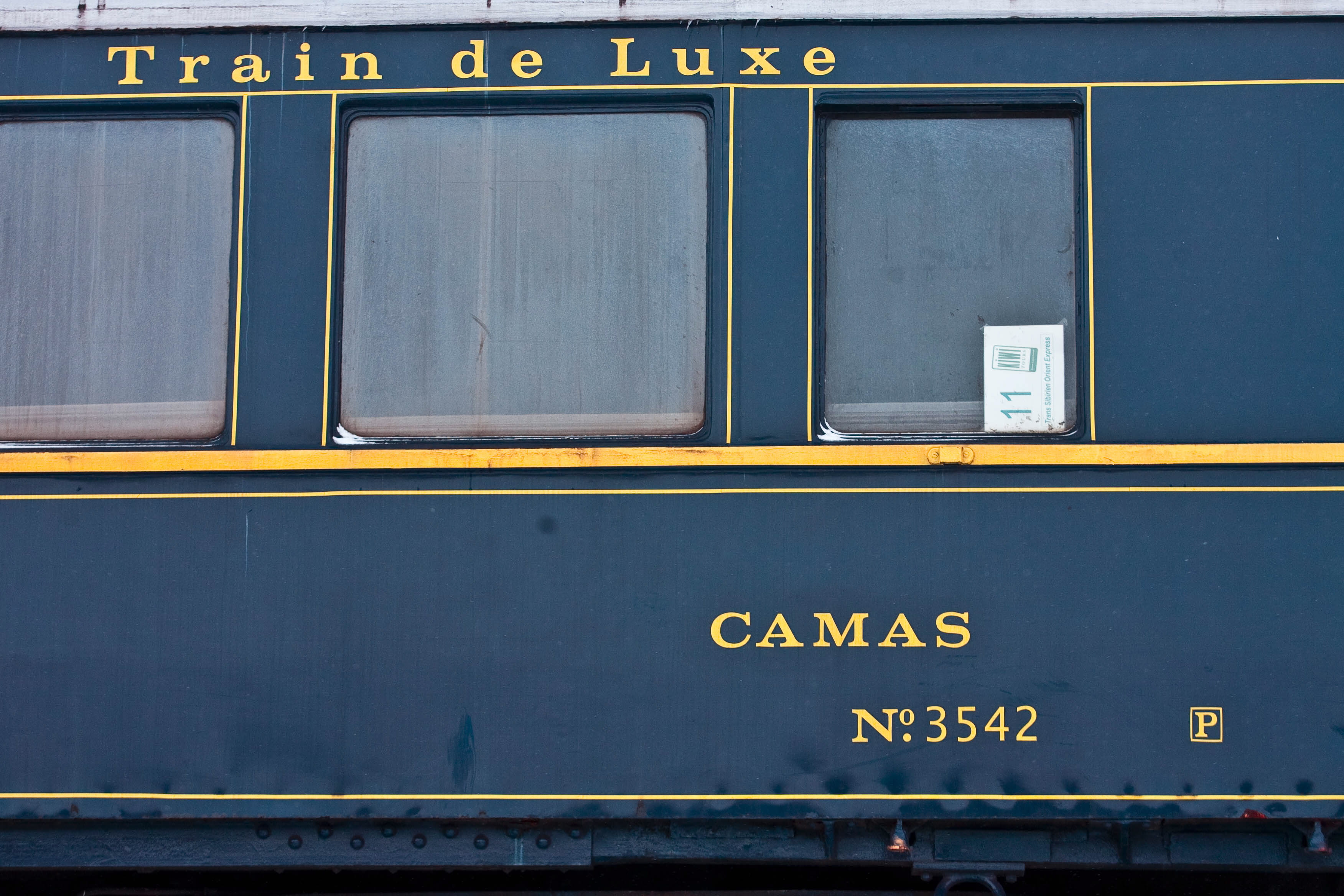 Sławomir Denicki, a retired railwayman from Małaszewicze, said: “The carriages initially belonged to a Swiss firm in Zurich, who, in 1993, loaned them to the Russian Orient Express.

“For 12 years they organised journeys to Vladivostok and Beijing for foreign tourists…After the end of their lease, the carriages were supposed to return to their owner, but they ended up in Małaszewicze. On a wayside track, their ‘murder’ was carried out by scrap collectors.” 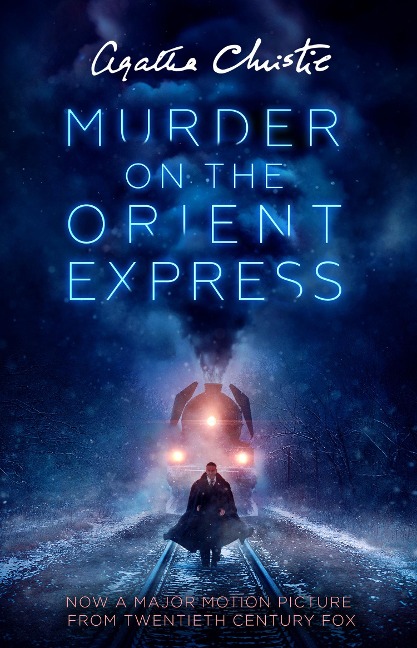 Famously featured in Agatha Christie’s 1934 detective novel ‘Murder on the Orient Express’, the train was the first transcontinental connection in Europe’s history.Harper Collins

Denicki, who was head of the Wagon Repair Section when the train first arrived in Małaszewicze said he had been in some of the carriages at the time and remembered even seeing a piano: “I remember that in one of them there was a piano.

“I saw splendour, wealth, many ornaments: brass, copper and gold-plated. It was just a miracle.” 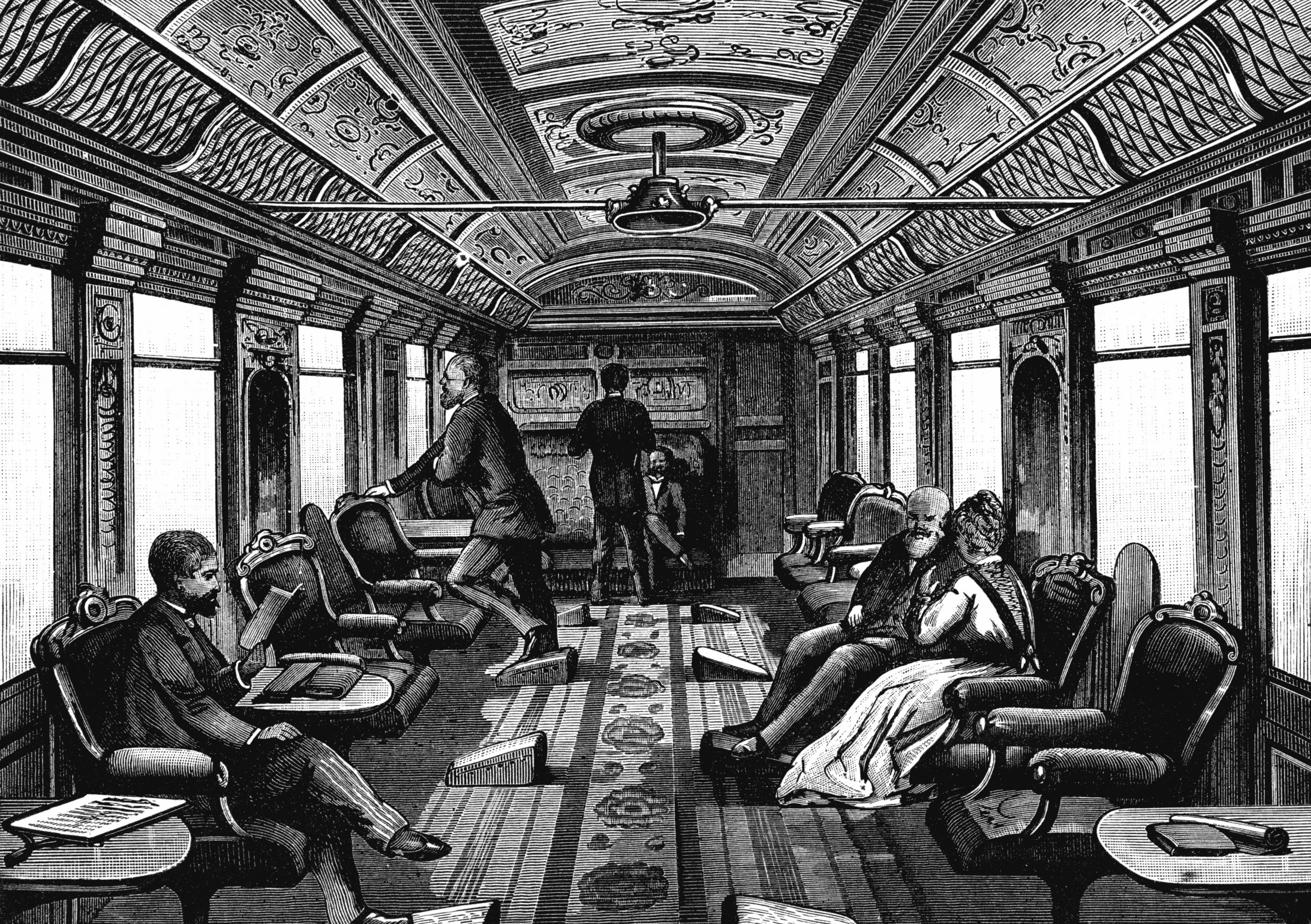 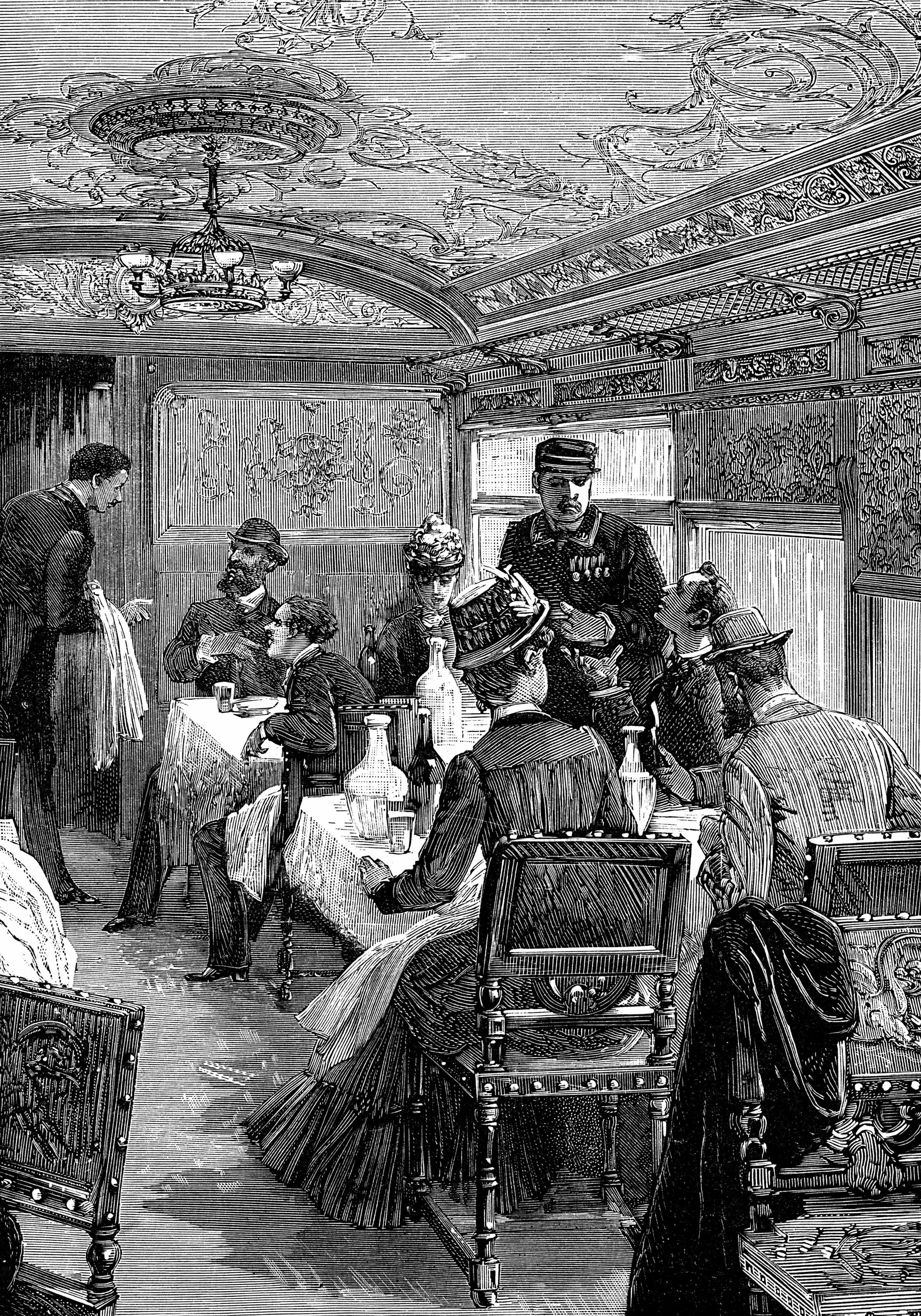 Apart from sleeper wagons, the train also had a gentlemen’s smoking room, a women’s boudoir and bathrooms tiled with mosaics and perhaps most recognisably, an art deco interior topped off with red plush armchairs, oriental carpets, velvet curtains and mahogany panelling.united archives/WHA/PAP/DPA

Famously the scene of Agatha Christie’s 1934 detective novel ‘Murder on the Orient Express’, the train was the first transcontinental connection in Europe’s history.

Apart from sleeper wagons, the train also had a gentlemen’s smoking room, a women’s boudoir and bathrooms tiled with mosaics and perhaps most recognisably, an art deco interior topped off with red plush armchairs, oriental carpets, velvet curtains and mahogany panelling. The new renovation sees art deco designs that include original Lalique lamps and panels, as well as Morrison and Nelson marquetry. Futur OE

The train set out on its first journey in 1883, covering a distance of 2,880km in around 70 hours, a journey that came to be particularly popular with British travellers and came at a cost 700 francs in gold. Architect d’Angeac said: “The train’s history has been rewritten, this time transcending trends. Nothing is superfluous—each detail has meaning.”Futur OE

Its route was modified and shortened many times, firstly to Bucharest, then to Budapest and Vienna.

Its operations were officially suspended in 2009.

Now the painstaking renovation of the Małaszewicze carriages by French architect Maxime d’Angeac will see the train return to its former grandeur and is set to make a return to its original Paris-to-Istanbul route in 2025.