A new interactive map has garnered the public’s attention after revealing which regions of Poland are most popular with foreign tourists.

The idea of Piotr Patrzyk, a graduate of the University of Wrocław, the online map was created based upon data released by Poland’s Central Statistics Office. 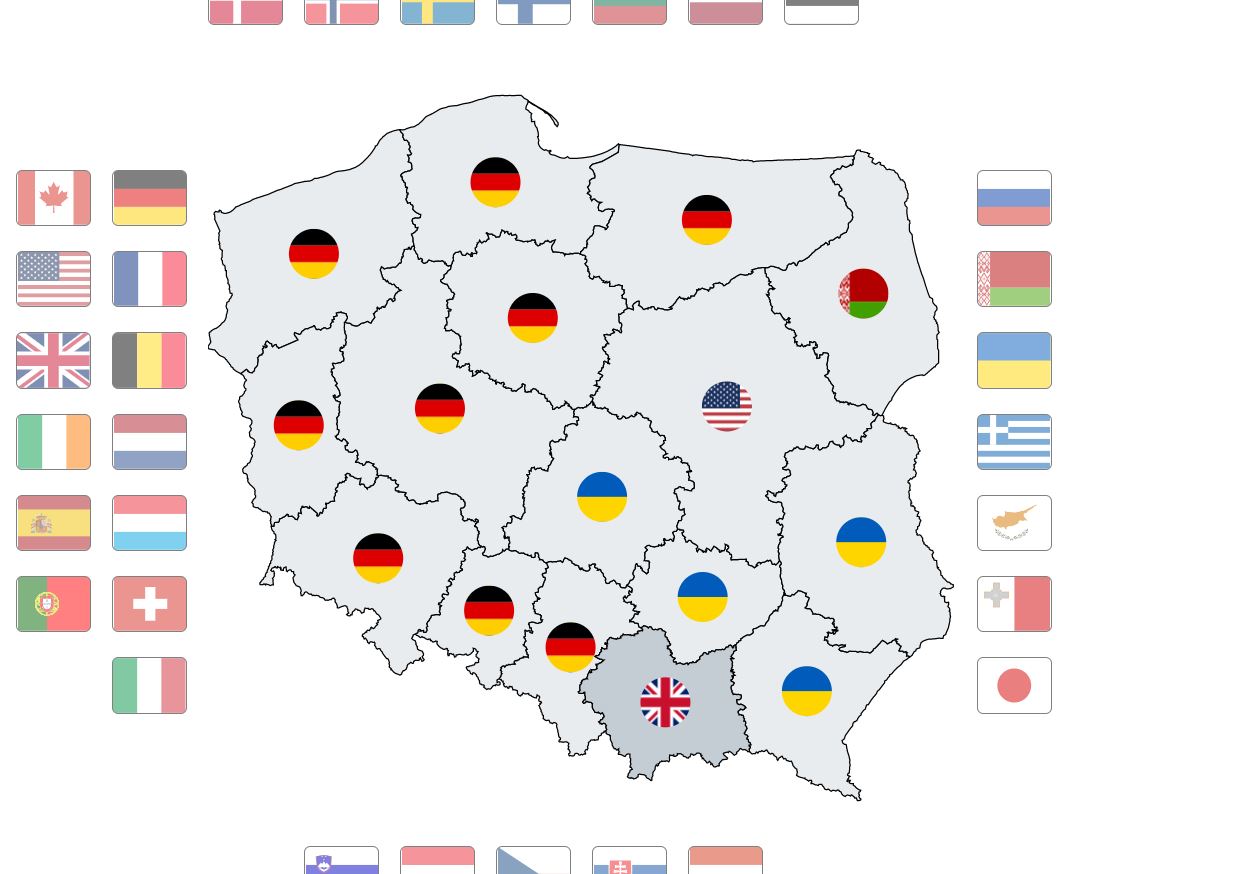 The map reveals that the most frequent visitors to Poland in 2019 were German, as they have been every year since 2005.Piotr Patrzyk

Patrzyk, now working as a data analyst in Bratislava, told TFN: “Originally the maps were born because I was experimenting with Svelte and D3 library software and simply needed some sample software. The maps weren’t really intended for anything other than enabling me to learn, but as is frequently the case, working with potentially interesting data turned out to be fun.”

Quickly gaining traction on social media, it soon became apparent that what Patrzyk had seen as “potentially interesting data” was in fact of great interest to over 20,000 internet users. 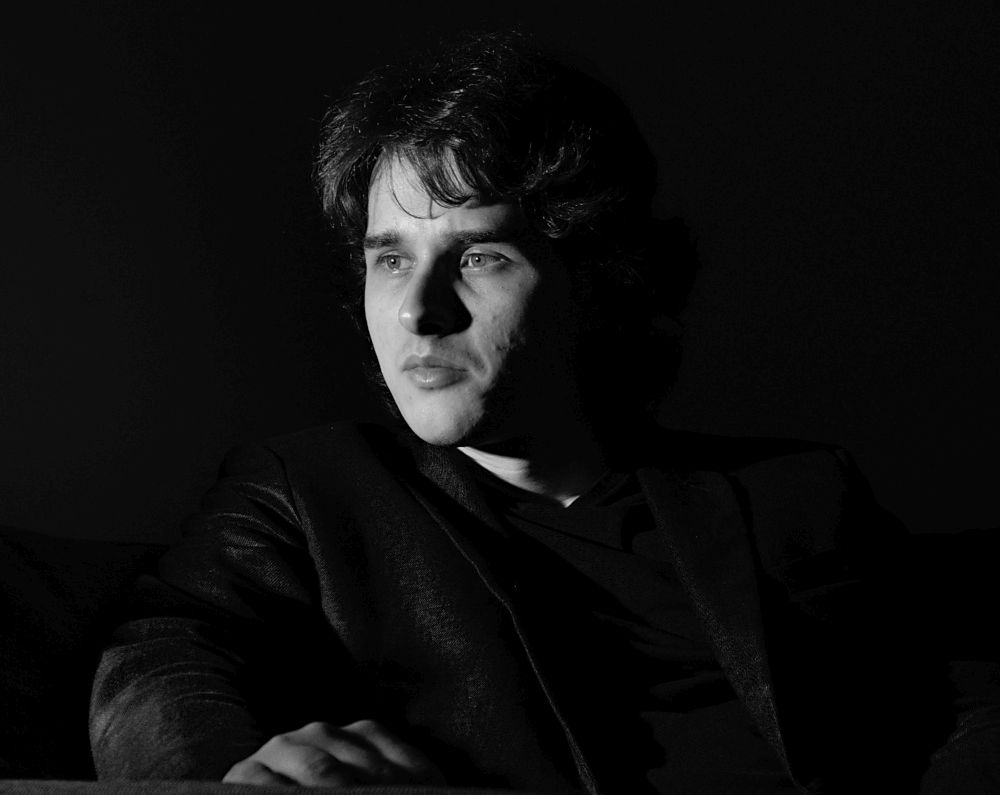 Including full nation-by-nation rankings from 2005 through to 2019, the maps show that the most frequent visitors to Poland in 2019 were German, as they have been every year since 2005. However, the last ten-years have seen visitor numbers from Poland’s western neighbour fall by 10%; while Germans made up 35% of Poland’s tourist numbers in 2005, last year that figure was down to 25.6%.

Despite that, the total number of visitors arriving from Germany was actually up by half-a-million, a statistic that demonstrates Poland’s growing popularity as a holiday destination over the last 15-years. 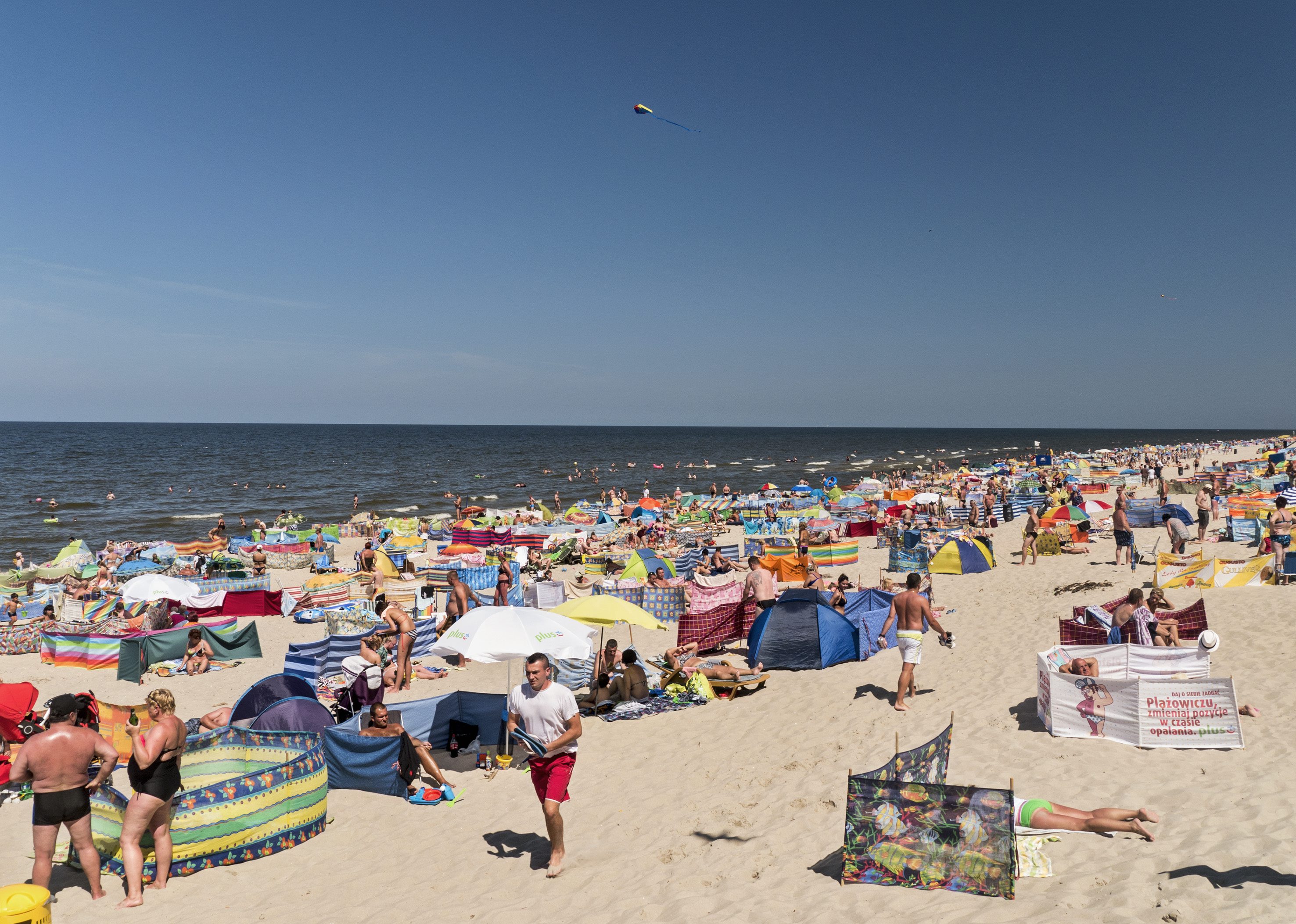 Famed for its stretching beaches, Germans constituted 38% of the foreign holidaymakers visiting the region of Zachodniopomorskie.Jerzy Ochoński/PAP

Famed for its stretching beaches and idyllic seaside towns, Germans constituted 38% of the foreign holidaymakers visiting the north-western region of Zachodniopomorskie (up from 23.5% in 2005).

Traditionally speaking, the second spot when it comes to nationwide tourist numbers has long been occupied by the UK, a dominance only broken in 2012 and 2013 when holidaying Brits were outnumbered by those from Russia. 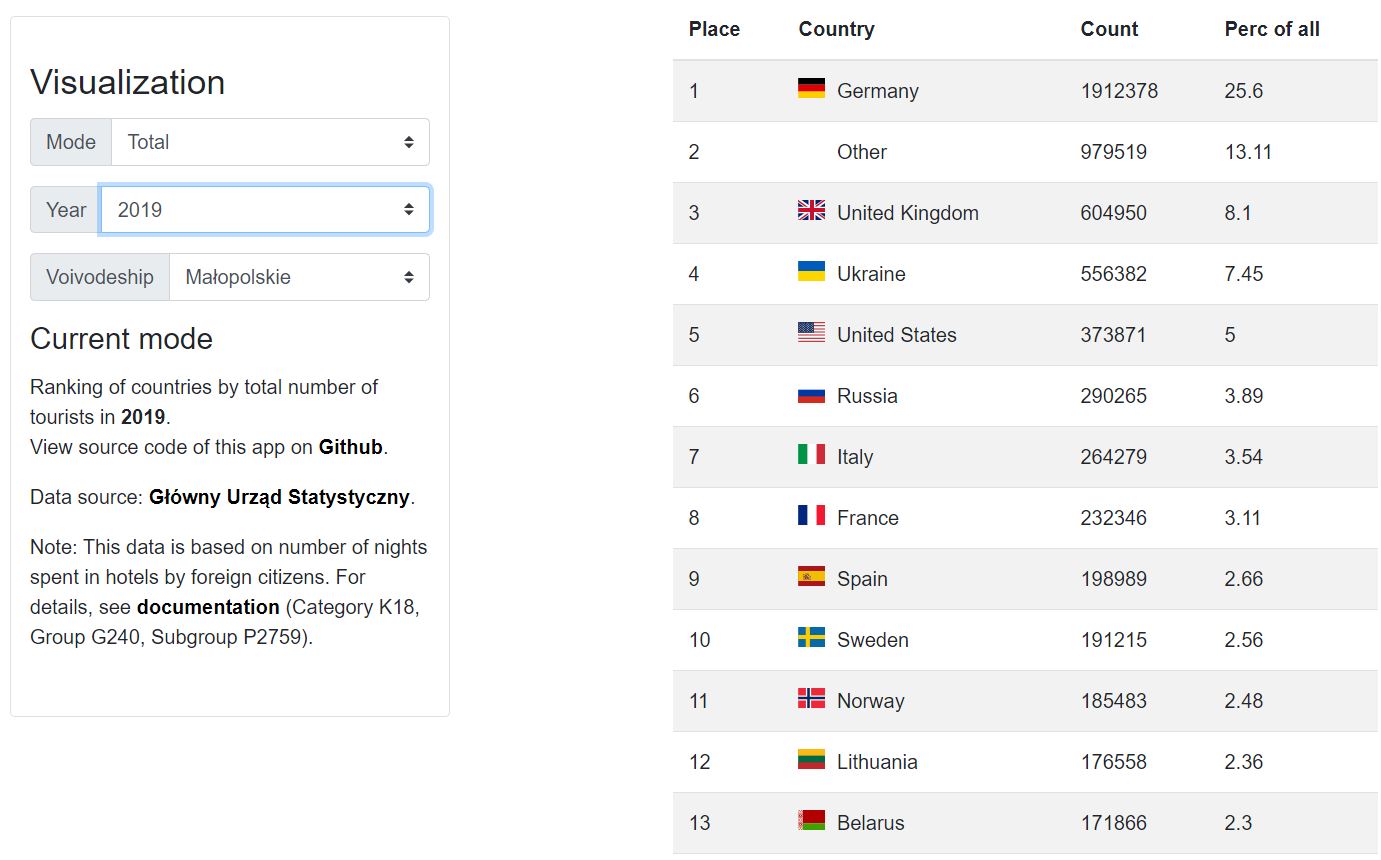 The map features a detailed breakdown of visitor numbers.Piotr Patrzyk

As expected, the Mazowieckie and Małopolskie regions have usually drawn the most prominent number of British tourists with the latter often presenting itself as the clear favourite among the two areas.

Famed for the historic and fun-loving  city of Kraków, the skiing resort of Zakopane and major tourist sites such as Auschwitz and the Wieliczka salt mines, the availability of cheap flights from multiple destinations within the UK has also likely driven tourism to Małopolskie. 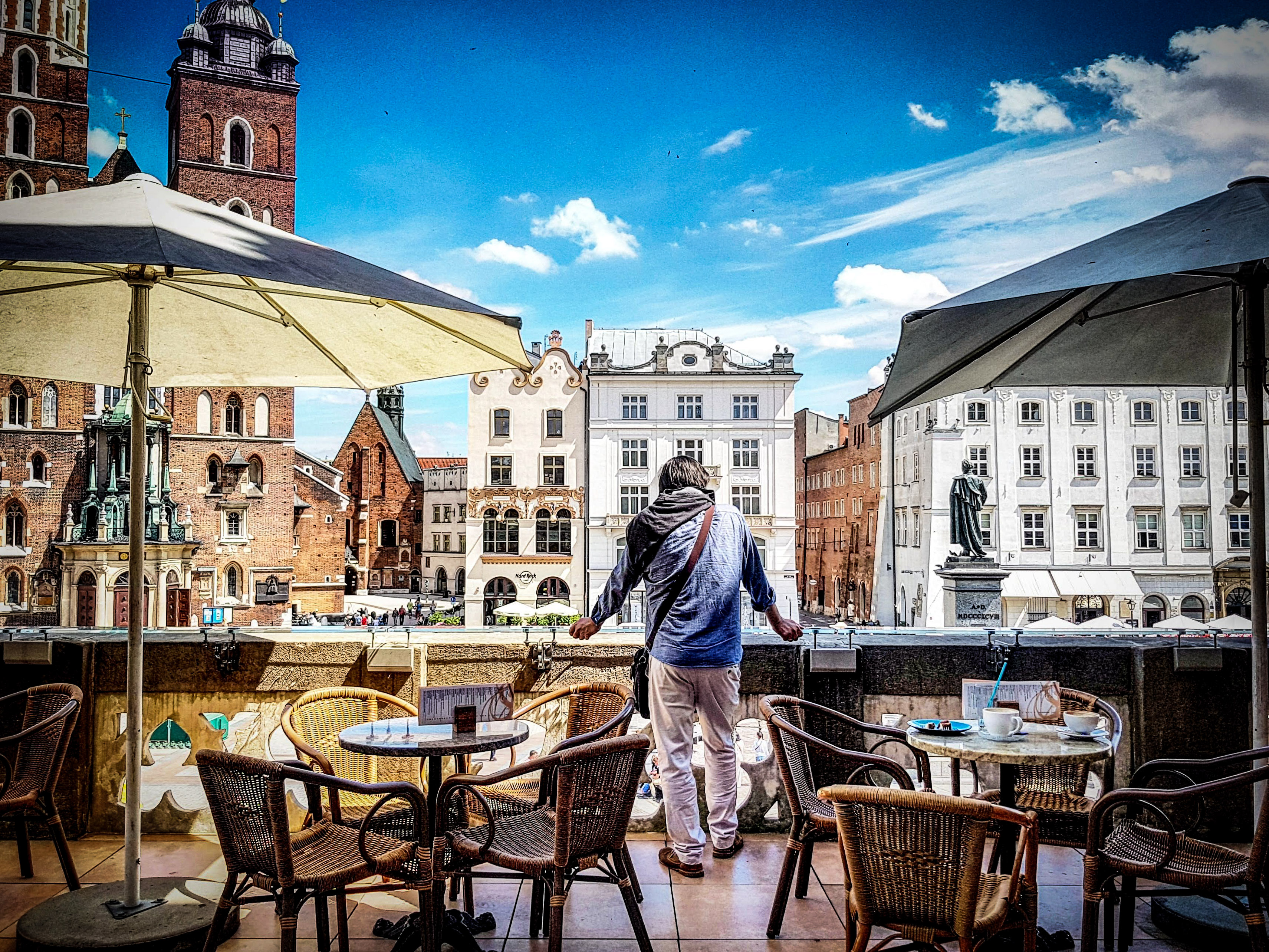 A typical British tourist stares out across Kraków’s Rynek; influenced by the number of cheap flights, the Małopolska region is now visited by huge numbers of Brits.Kalbar/TFN

This has coincided with a general rise in numbers visiting Poland; while only 12 countries could be counted among those with over 100,000 visitors in 2005, that figure climbed to 16 in 2019. 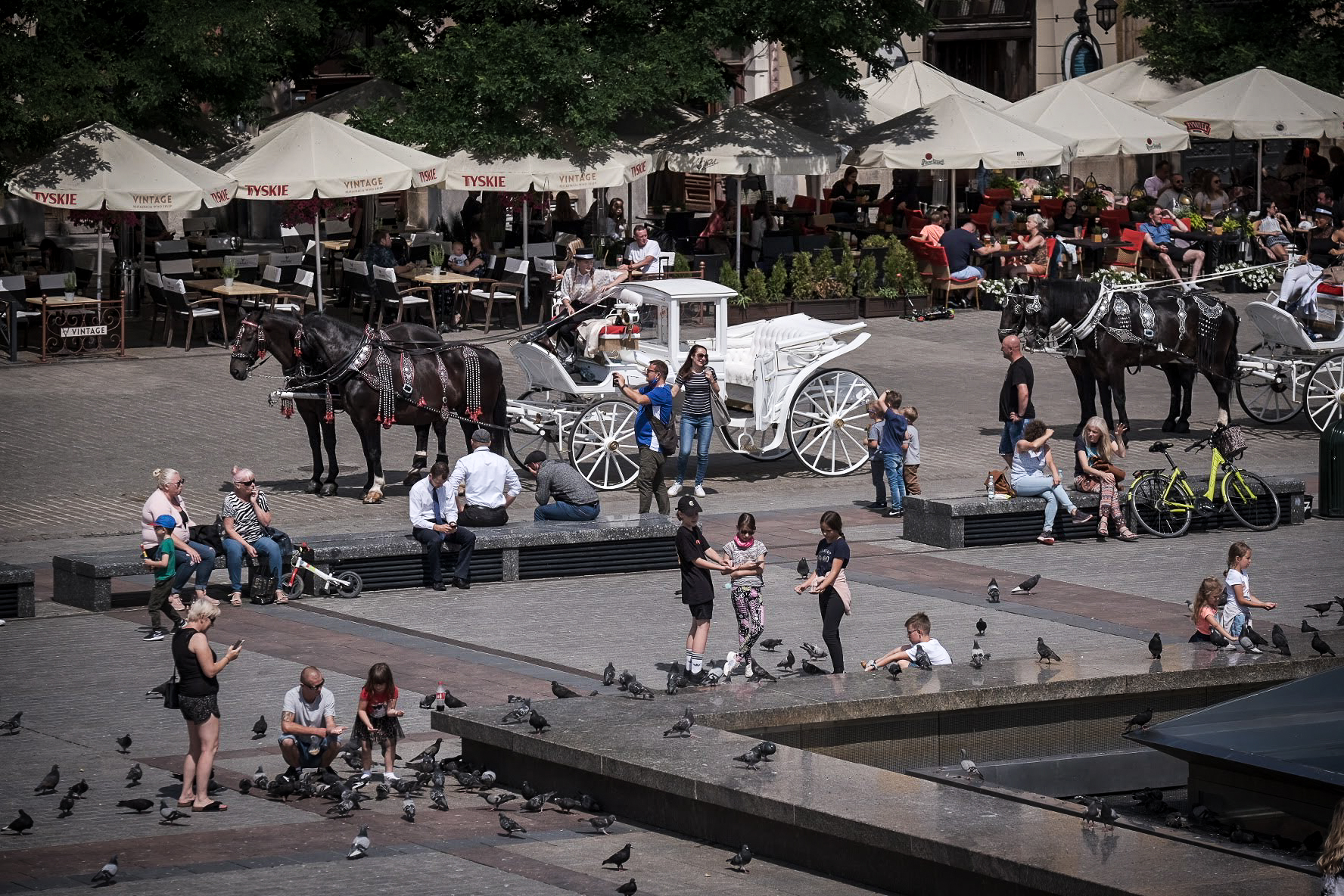 In all, the number of Brits visiting Poland has more than doubled since 2005.Kalbar/TFN

Moreover, these numbers have been supplemented by a swell in interest from smaller nations. In the same timeframe the number of Lithuanians has surged from 76,000 to 176,000, whilst Ireland has seen its tourist numbers jump from 26,156 to 59,406. Mainly, where the Irish are concerned, these sightseers have tended to gravitate towards Małopolska.

Meanwhile, the Pomorskie region – best-known for the tri-city conurbation of Gdańsk, Gdynia and Sopot – has continued to enjoy great popularity with Swedish, Norwegian and Finnish tourists to become their most visited region of Poland in 2019.