After a pandemic-enforced break, the city of Toruń has again wowed visitors and locals alike with a stunning light display aimed at breathing new life into the town’s historic quarter. 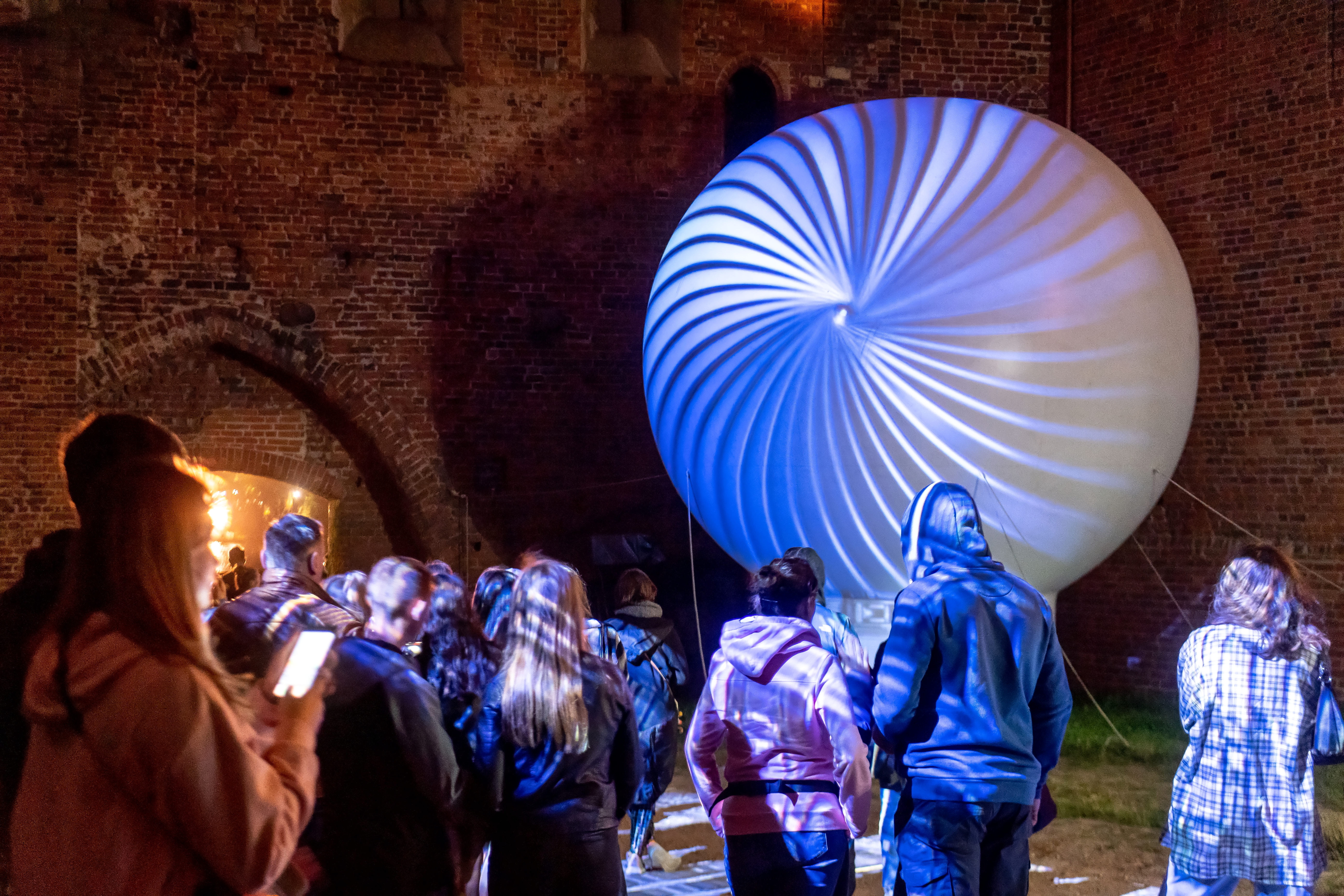 The festival was first held in 2009 as part of the city’s campaign to become Europe’s Capital of Culture in 2016. A firm hit with the public, it’s been continued ever since breaking only last year due to the pandemic.Tytus Żmijewski/PAP 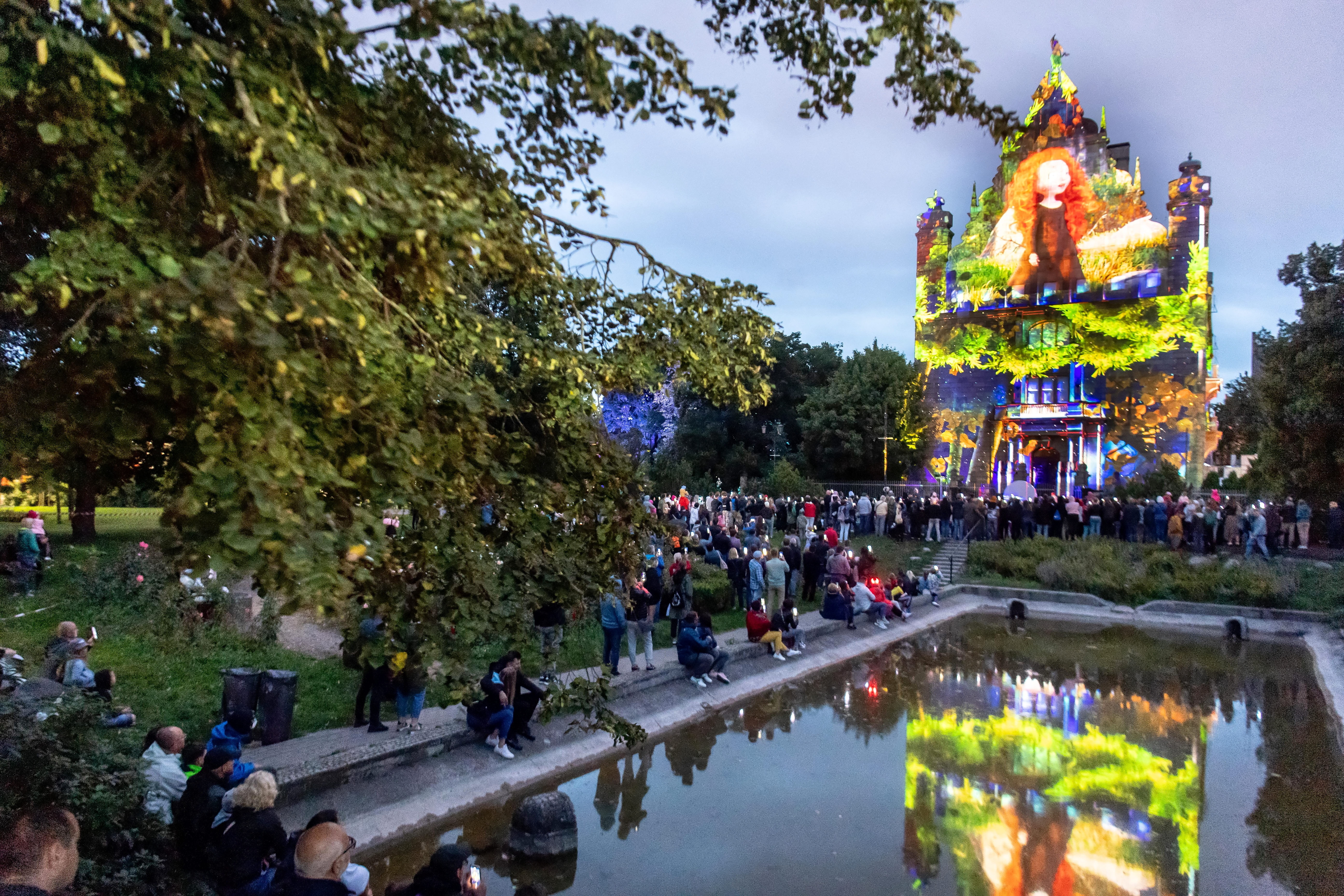 The undisputed highlight this year has been the 3D mapping of the Collegium Maximum UMK building. The work of a specialist Portuguese art group called Ocubo, their striking illuminations have been themed around the Princes and Princesses of Disney.Tytus Żmijewski/PAP 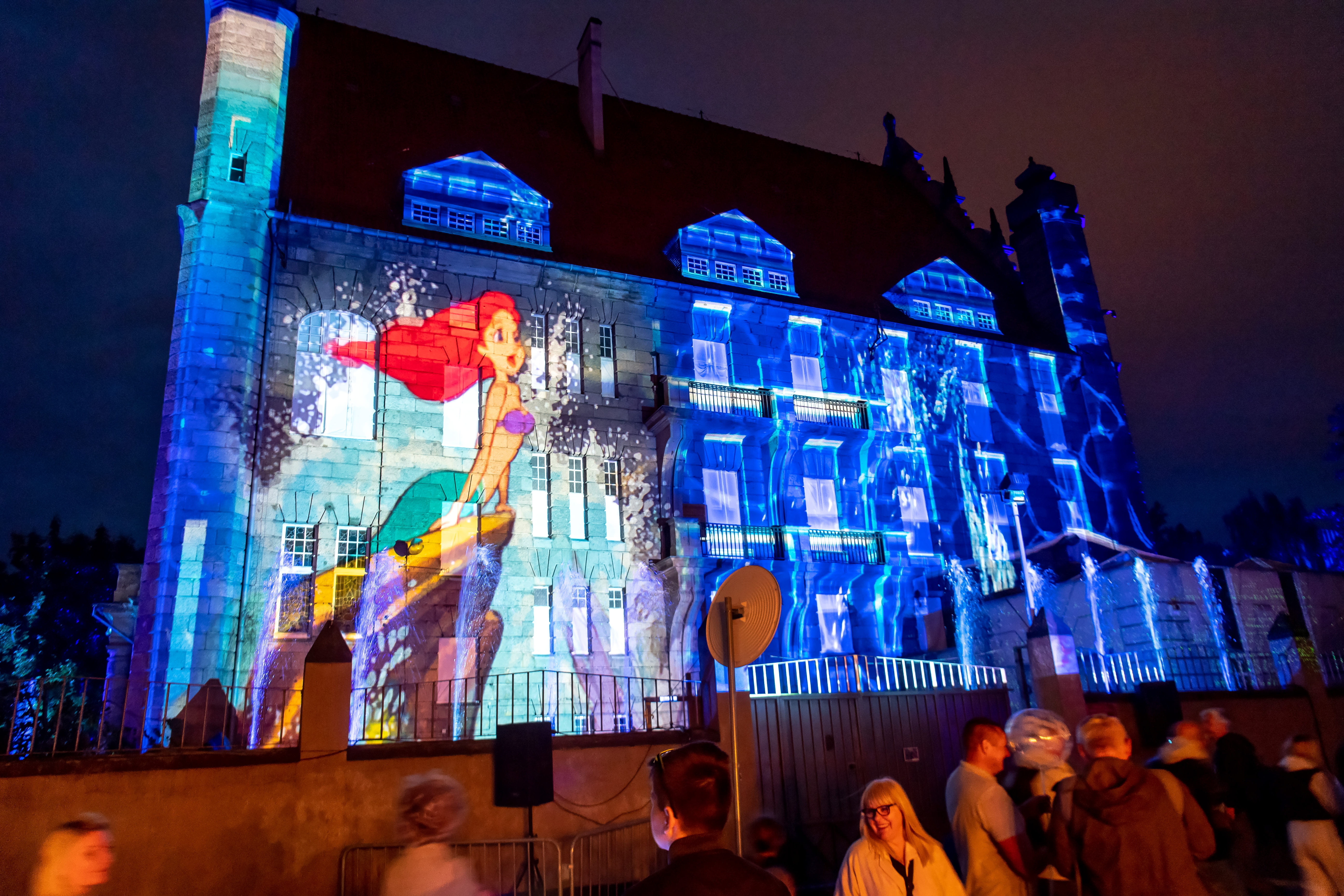 Among others, viewers will be able to admire Ariel from The Little Mermaid, Tiana from The Princess and the Frog and Anna and Elsa from Frozen.Tytus Żmijewski/PAP 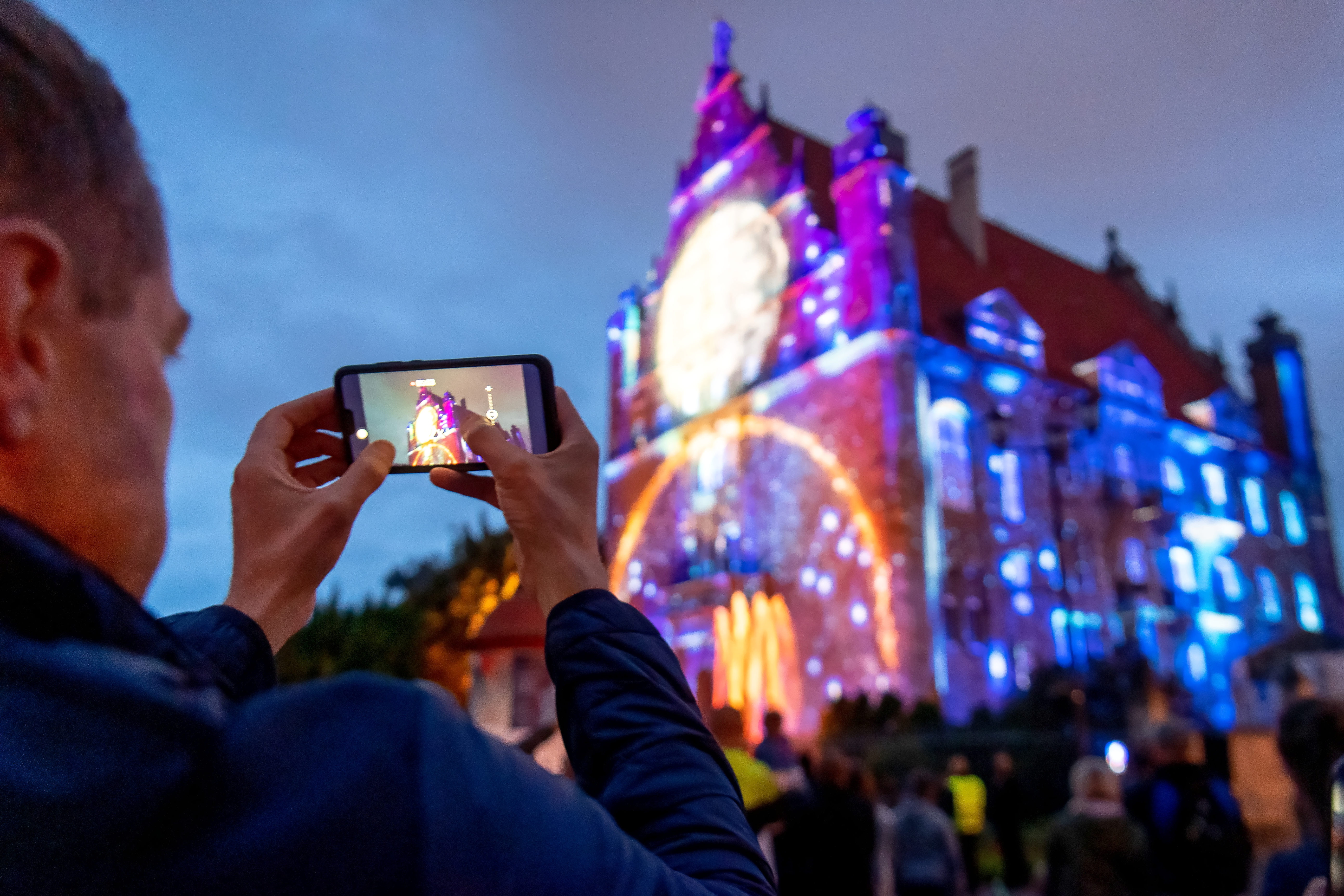 Complimented by water effects and laser shows, the mapping of the college building has been described as one-of-a-kind by festival director Krystian Kubjjaczyk: “It’s totally unique,” he says, “and is associated with the courageous values of these well-known Disney characters.”Tytus Żmijewski/PAP 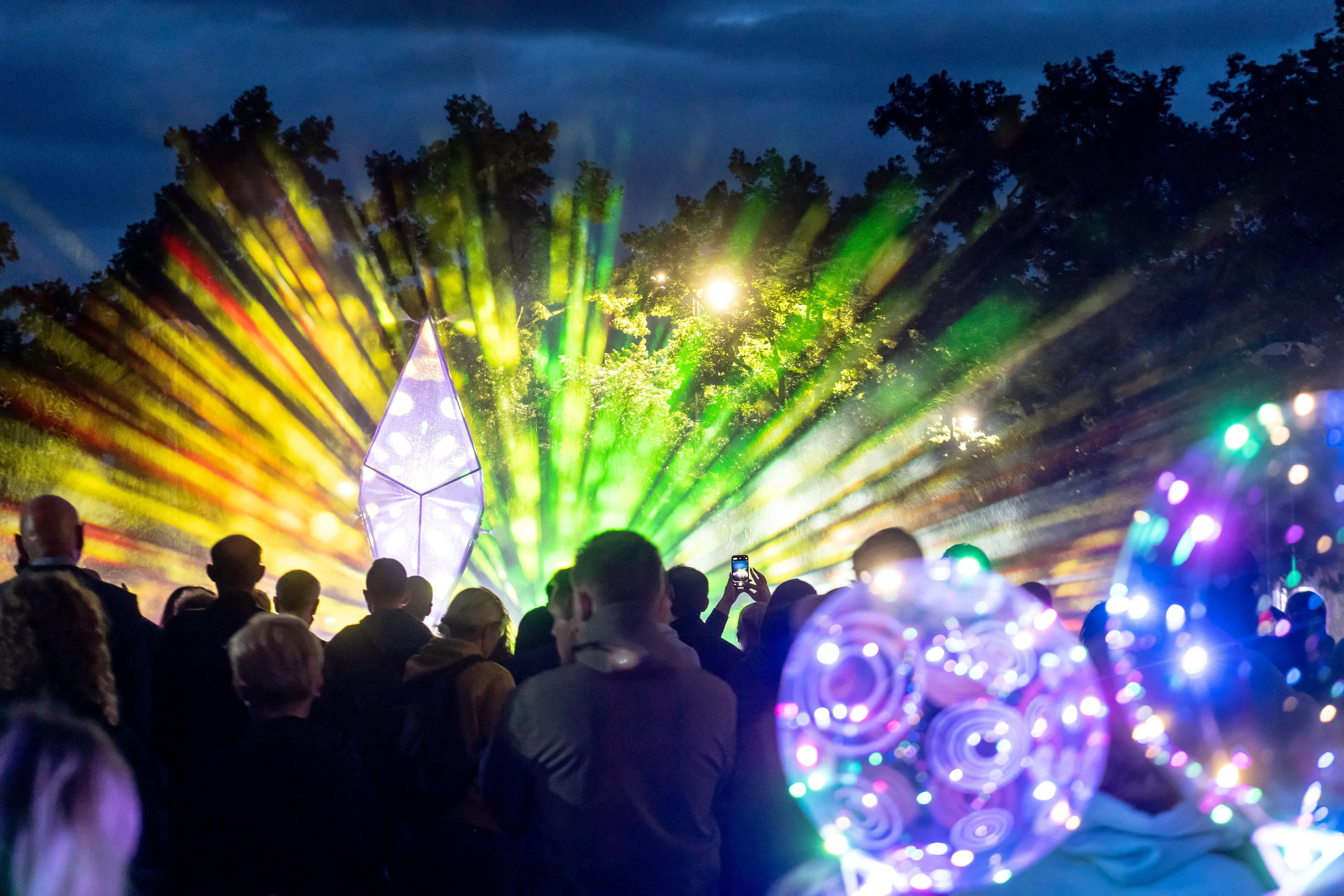 Since its inception, the festival has sought to celebrate the inspirational nature of science, the beauty of audio-visual art and the power of community. According to the organisers, the festival opens culture to all generations and backgrounds. “This is a non-commercial event,” they say, “and it’s important that anyone can get involved.”Tytus Żmijewski/PAP 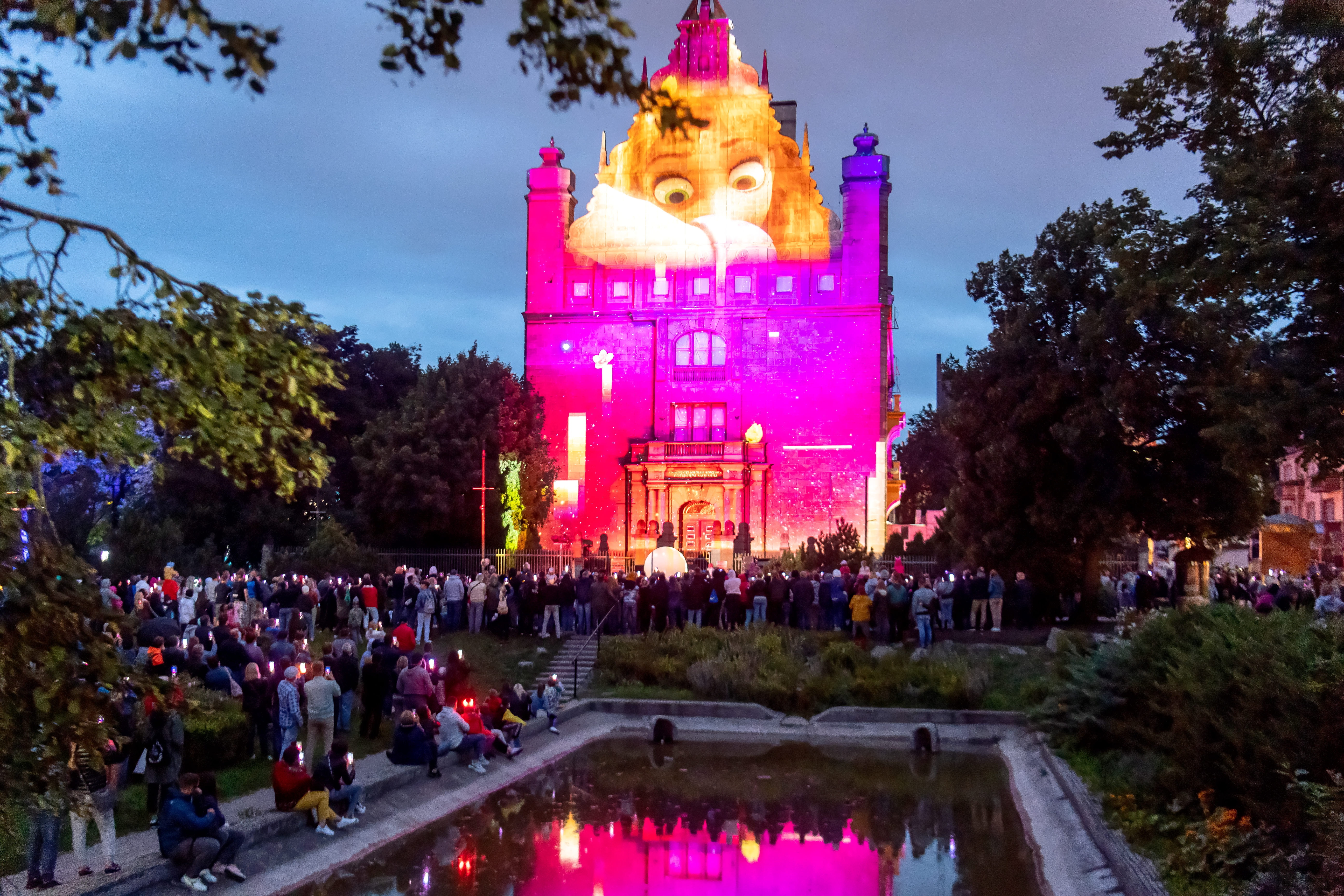 The festival has been split into three zones found in Park Dolina Marzen, Rapacki Square and the ruins of the Teutonic Castle.Tytus Żmijewski/PAP 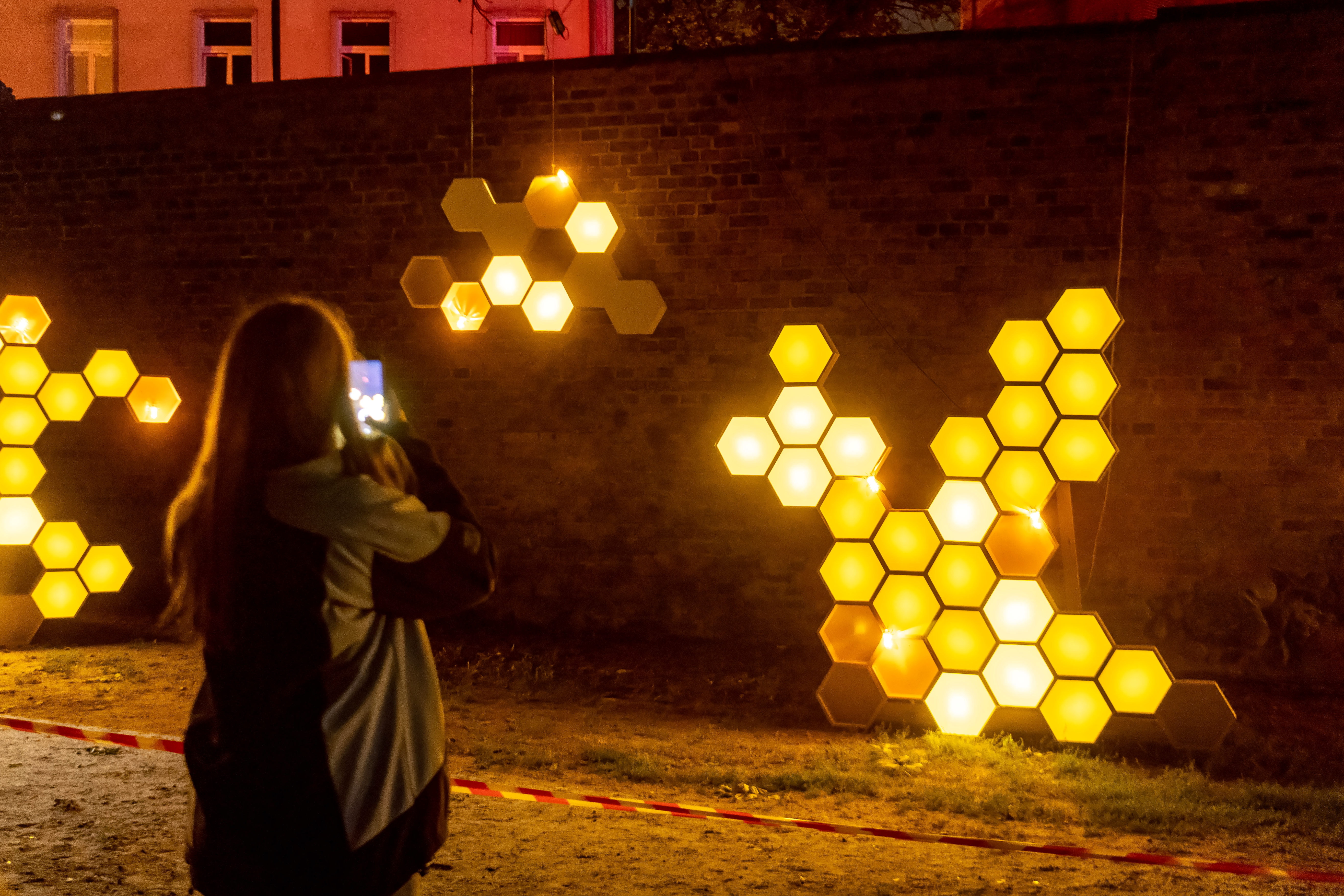 Features added to the Teutonic Castle include a display that honours the role of bees in our everyday lives – aside from illuminated honeycombs, visitors will hear the faint buzz of swarms of insects.Tytus Żmijewski/PAP 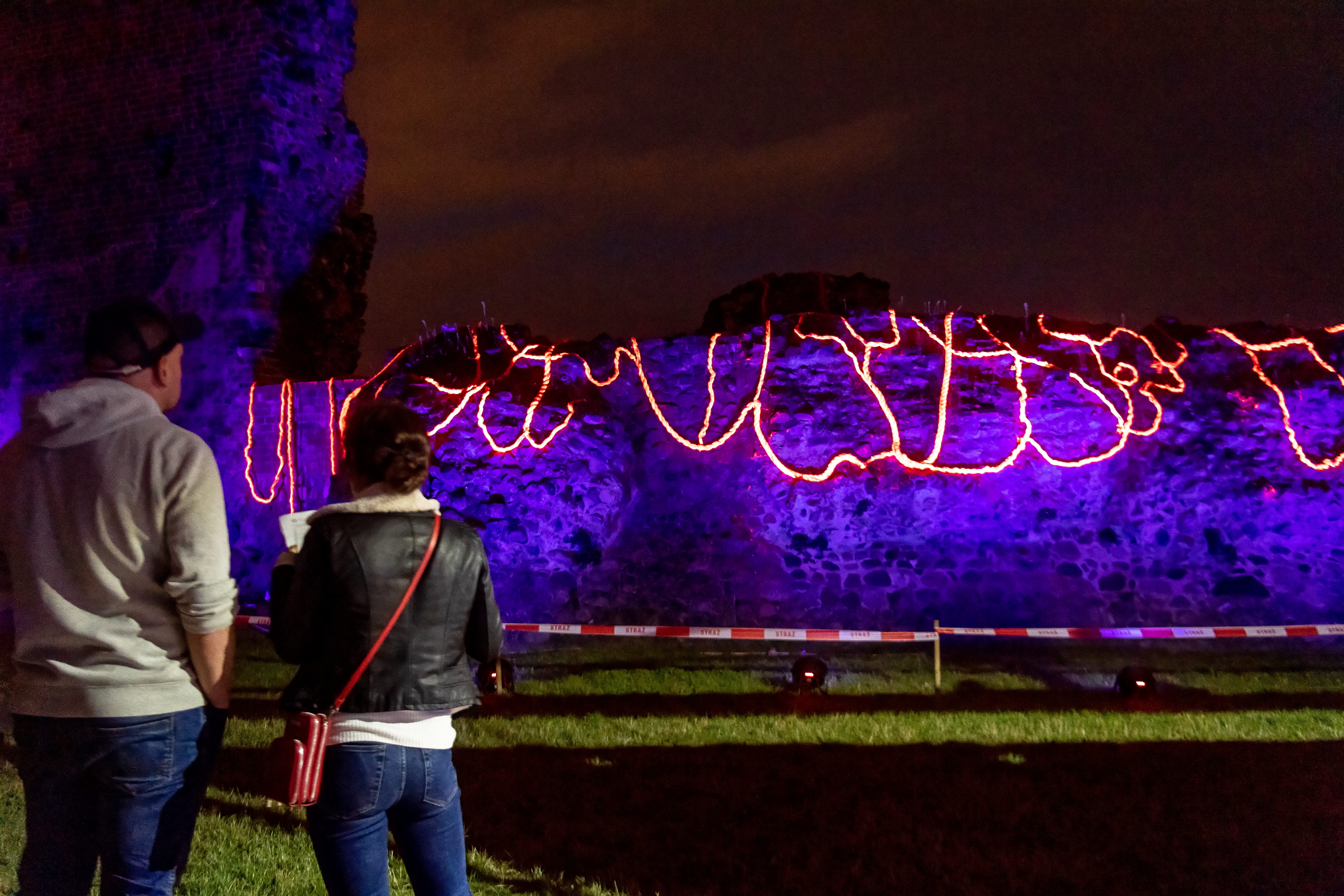 Another section has been decorated with ‘vein-style’ installations created by local students. These aim to show that the ‘dead space’ represented by the castle’s ruins is still, in actuality, alive and not forgotten.Tytus Żmijewski/PAP 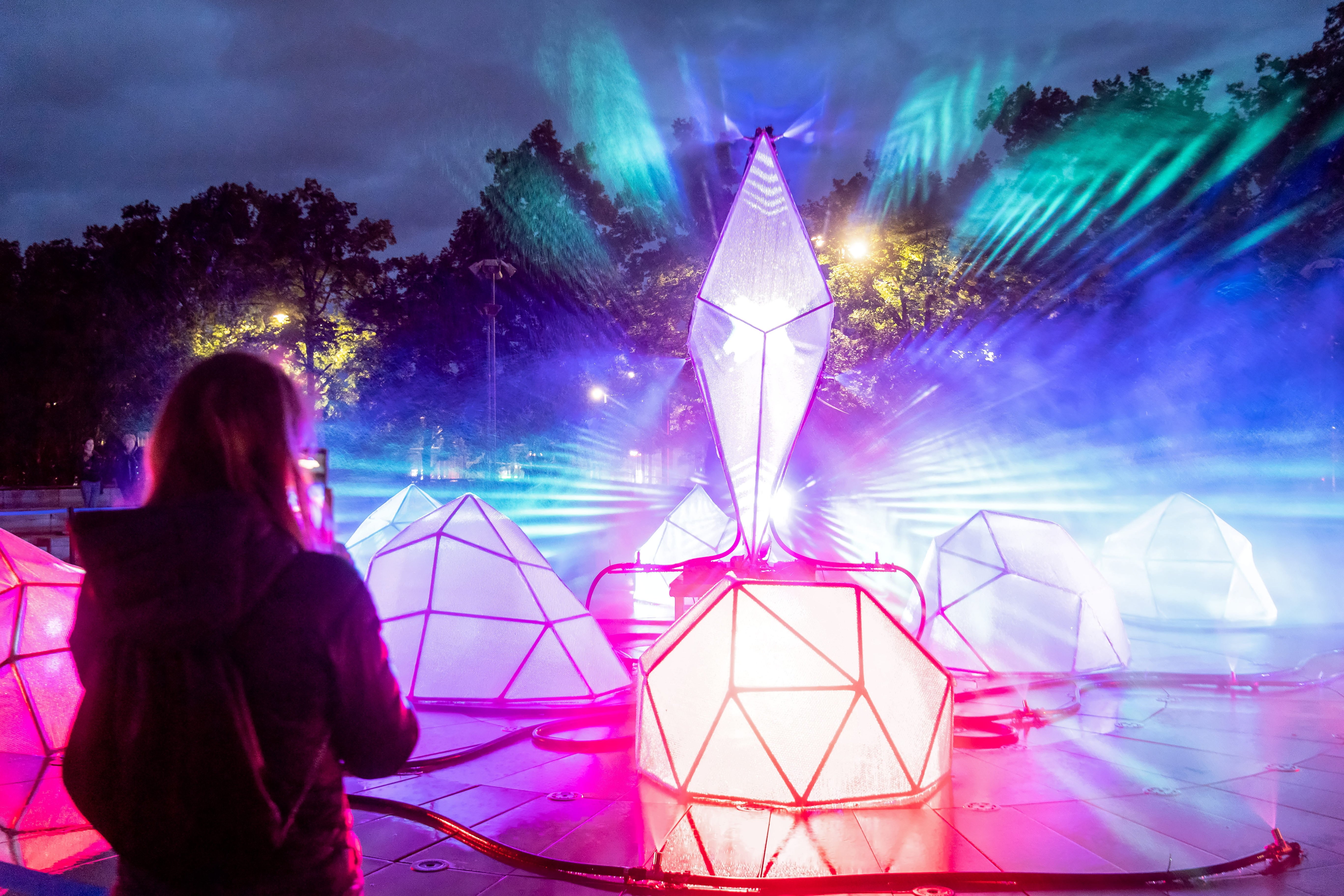 The ‘Harmony of Opposites’ display combines animations to create fleeting visual effects juxtaposed against solid elements that symbolize constant and unchanging forms. “The resulting harmony,” say organisers, “reflects the feelings of the moment and the unchanging principles that govern our lives”.Tytus Żmijewski/PAP 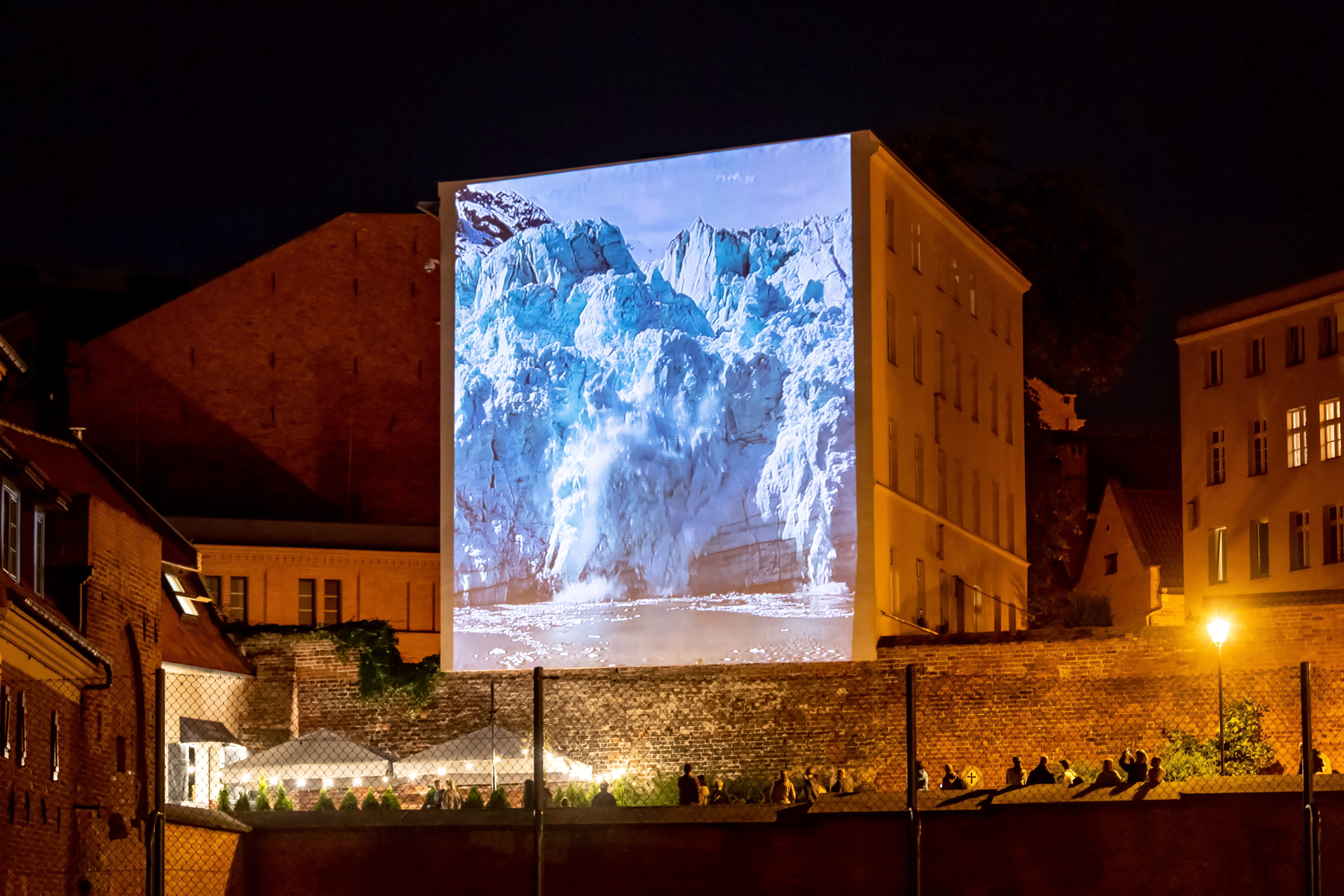 Though fantastical in their effect, the topics also broach pressing real-life concerns such as climate change.Tytus Żmijewski/PAP 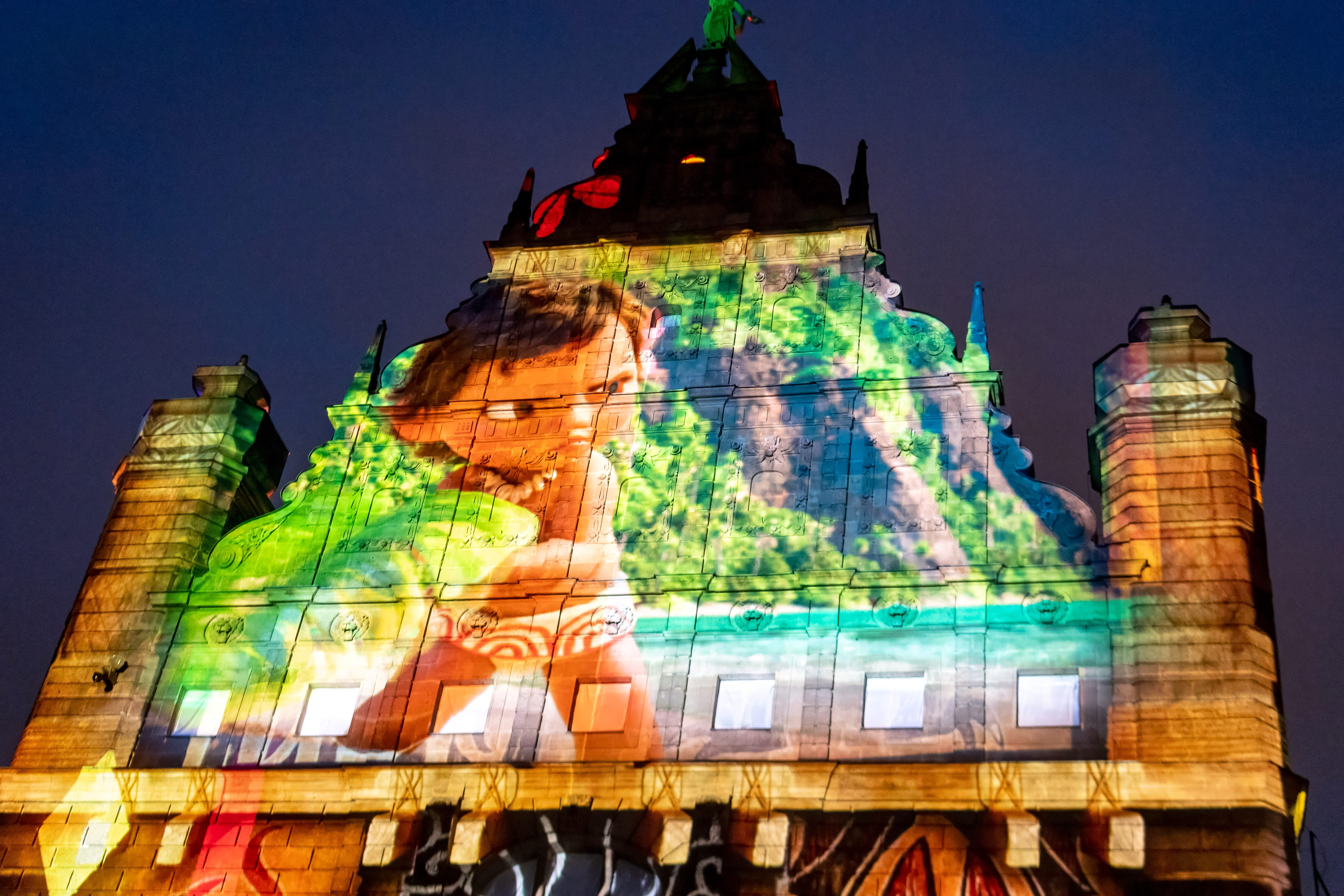 The event started on Tuesday and will run until midnight on Saturday. Tickets should be bought in advance (www.bellaskyway.pl) and visitors are reminded to bring masks and keep a safe social distance from others.Tytus Żmijewski/PAP