As the Polish economy begins to thaw following its two-months in cold storage, the much anticipated opening of Elektrownia Powiśle has come as light relief during these uncertain times and a welcome sign that life flowers anew.

Lacking the overt fanfare that has greeted similar-sized projects in recent years – natural given the ongoing pandemic – whilst its introduction to Warsaw appears to have been more low-key, its impact stands to be anything but. Staggering in every respect, the mixed-use project promises to rattle not just the capital, but the wider Central Eastern European region as well. 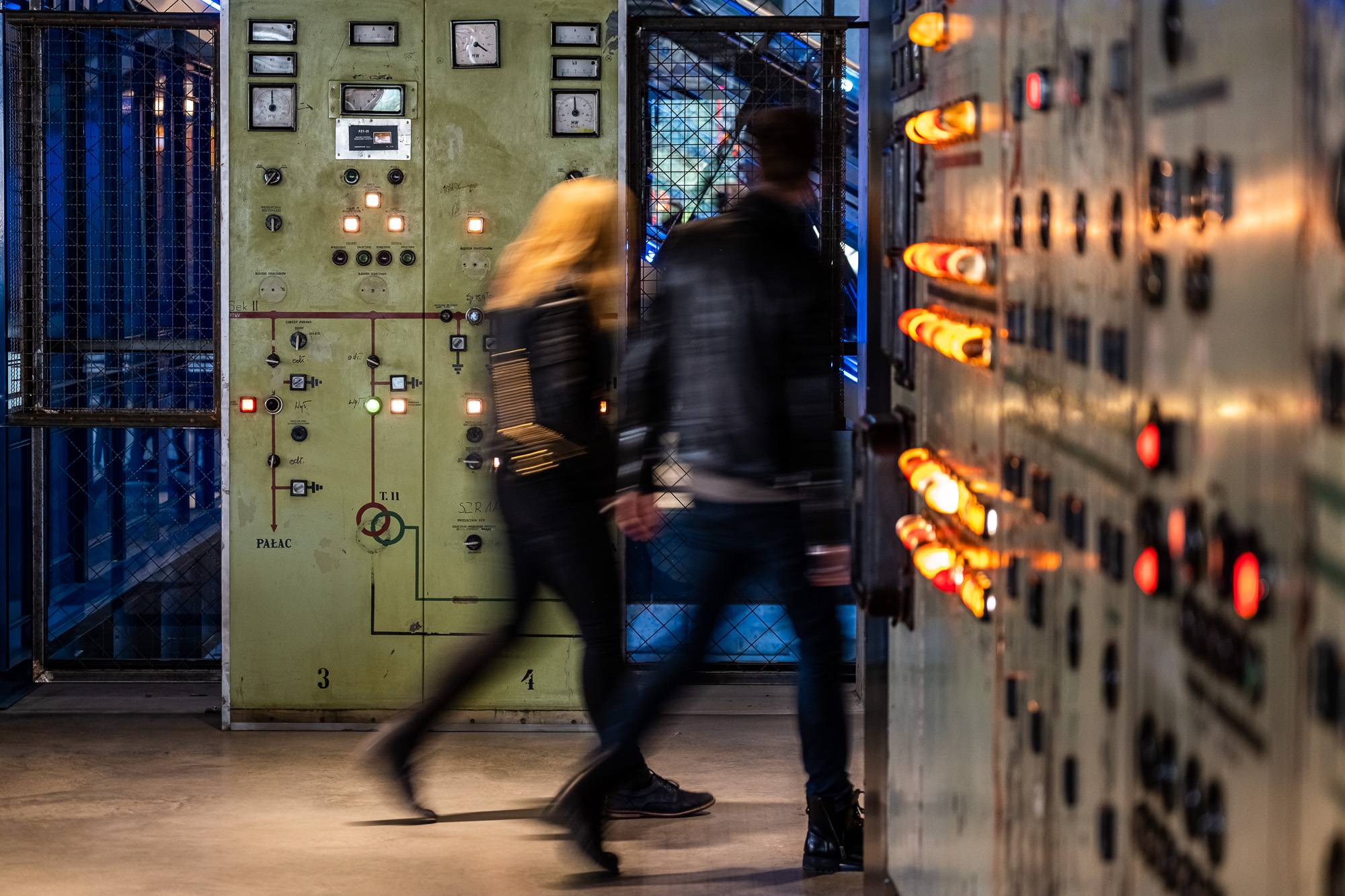 The developers were keen for it to retain elements of the generating past.Kalbar/TFN

Exceeding anything Poland has known before, the complex has risen to the challenges of modern-day demand to present a live-work-play model on a scale yet seen in the capital. That this has been done with such a sensitivity to its pre-existing historic architecture has made it all the more striking. 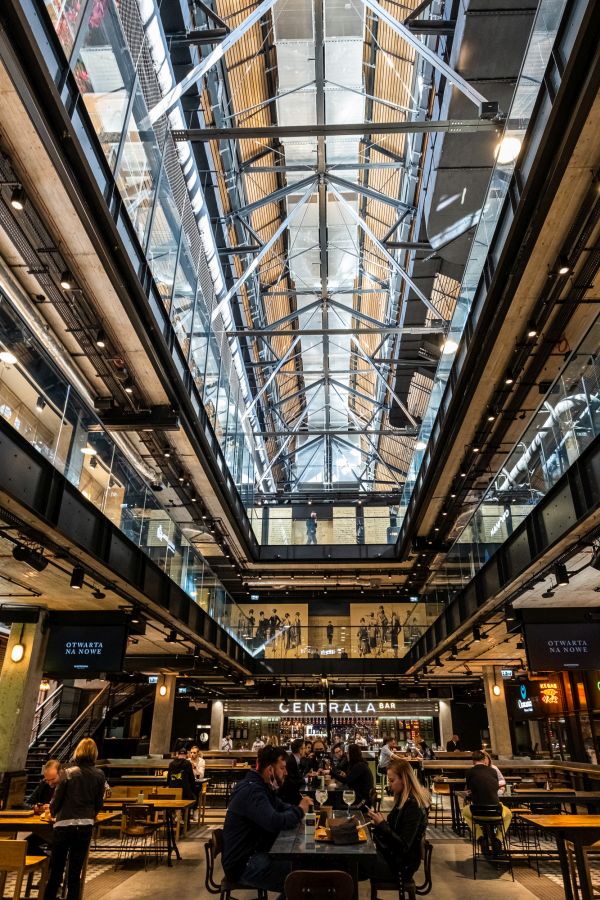 It took four years to renovate the closed power plant.Kalbar/TFN

Originally completed in 1904 to a design coined by William H. Lindley (a British civil engineer responsible for, among others, Warsaw’s waterworks), and operated privately under a license granted by the Tsarist authorities, what sprung up was a giant electricity plant that would assume the responsibility of powering the city, thereby negating the need for the smaller plants that had hitherto illuminated the town.

Initially fired by Russian-supplied coal, it continued to grow in importance long after the Russians had left, so much so that at one stage City Hall took over its operations to ensure its smooth running. Charged with this was Stanisław Skibniewski, a charismatic, well-to-do figure married to Maria Skibniewska, a translator that would later find fame for bringing the works of JRR Tolkien, John Updike and Graham Greene to a Polish audience. 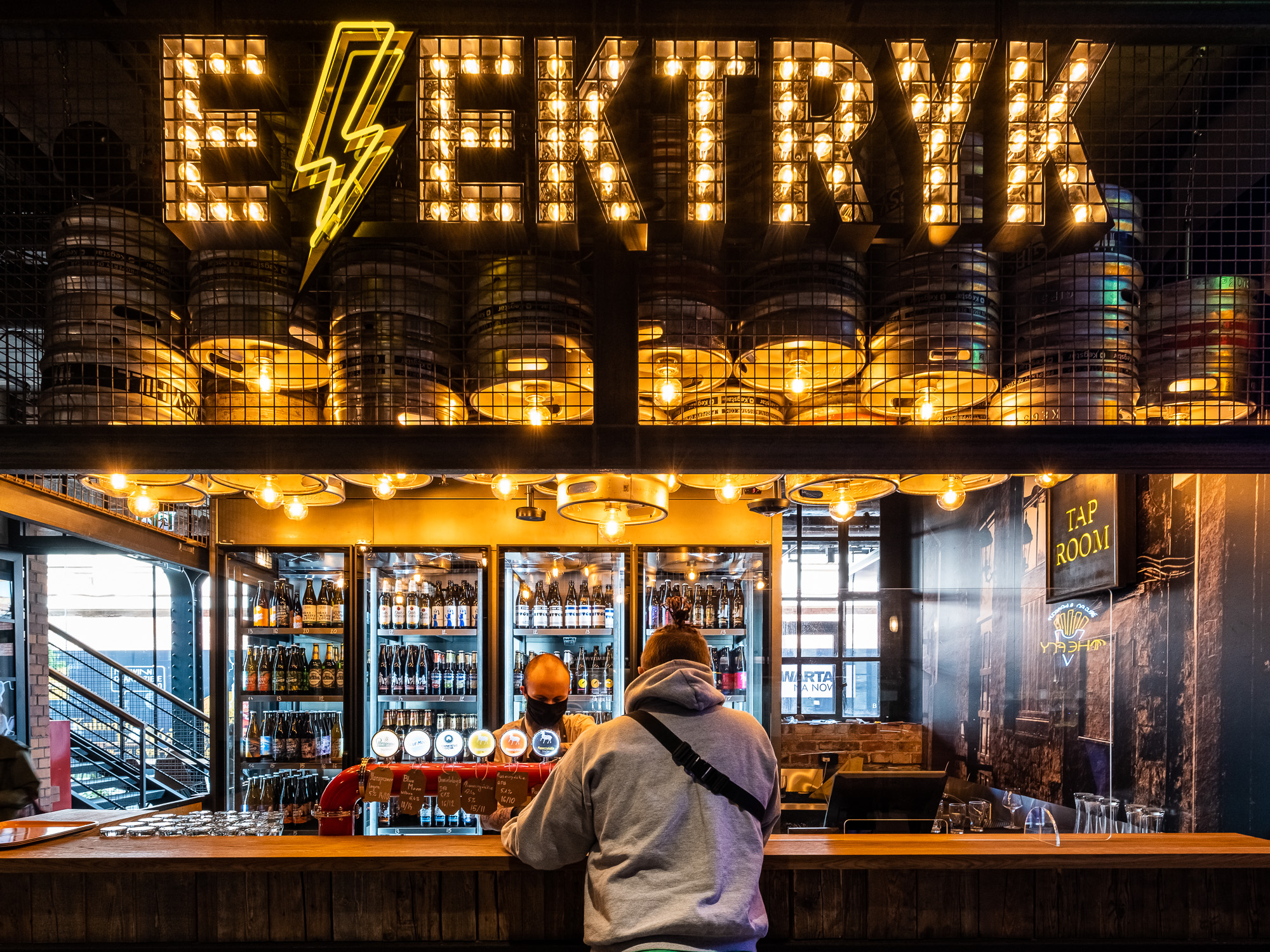 “There was always a big focus on keeping the plant’s history alive,” says Joanna Skotarek of White Star Real Estate.Kalbar/TFN

When the Germans invaded, Skibniewski – a former officer in the horse artillery – fought with distinction whilst the city was besieged, while the power plant continued to produce electricity under fire up until September 25 when it was eventually disabled by the Luftwaffe.

For Skibniewski, however, the story did not end there. Reactivated by the Germans, the plant was maintained by Polish management and, having passed a stringent background check, Skibniewski was appointed its general director. Little did the Germans know that Skibniewski was actually an active cog in the Polish Underground. 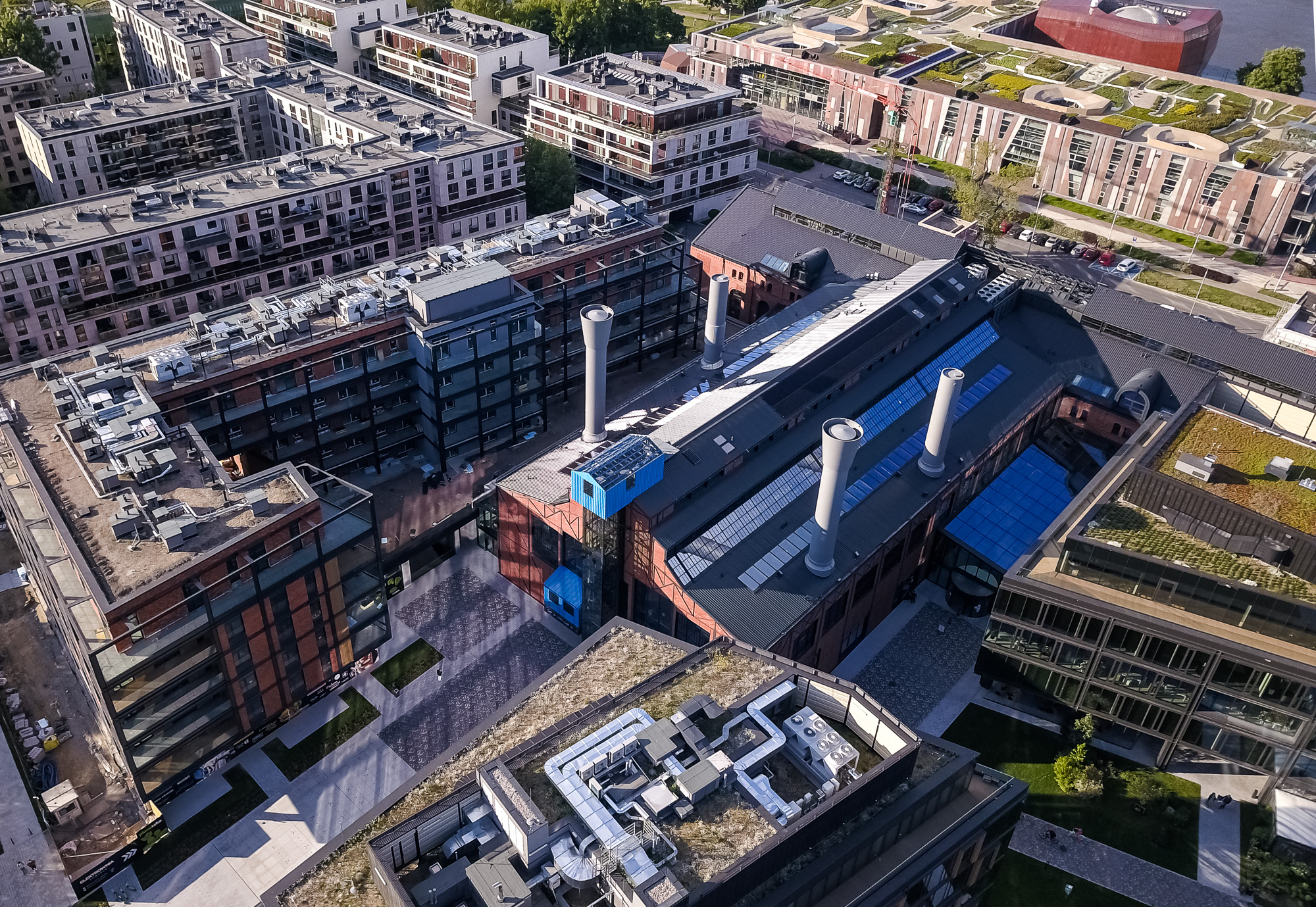 The building dates back to 1904.Kalbar/TFN

Using his position to protect as many people as possible from round-ups, he later commanded a unit in the 1944 Warsaw Uprising and succeeded in capturing the plant with the loss of just five men. German attempts to retake it were repeatedly thwarted and the plant was able to keep much of the city supplied with electricity right up until September 3 when it was heavily strafed with incendiary bombs.

Despite the immense damage the plant was able to resume its duties on April 25, 1945, and it kept its function as Warsaw’s main power source for several succeeding decades. Decommissioned at the start of the millennium, for years the plot subsequently stood empty, the abandoned buildings looming over Powiśle with a sense of ghostly menace. In many ways, the disintegration of the plant could be said to have served as a mirror of the area’s own steady decline. 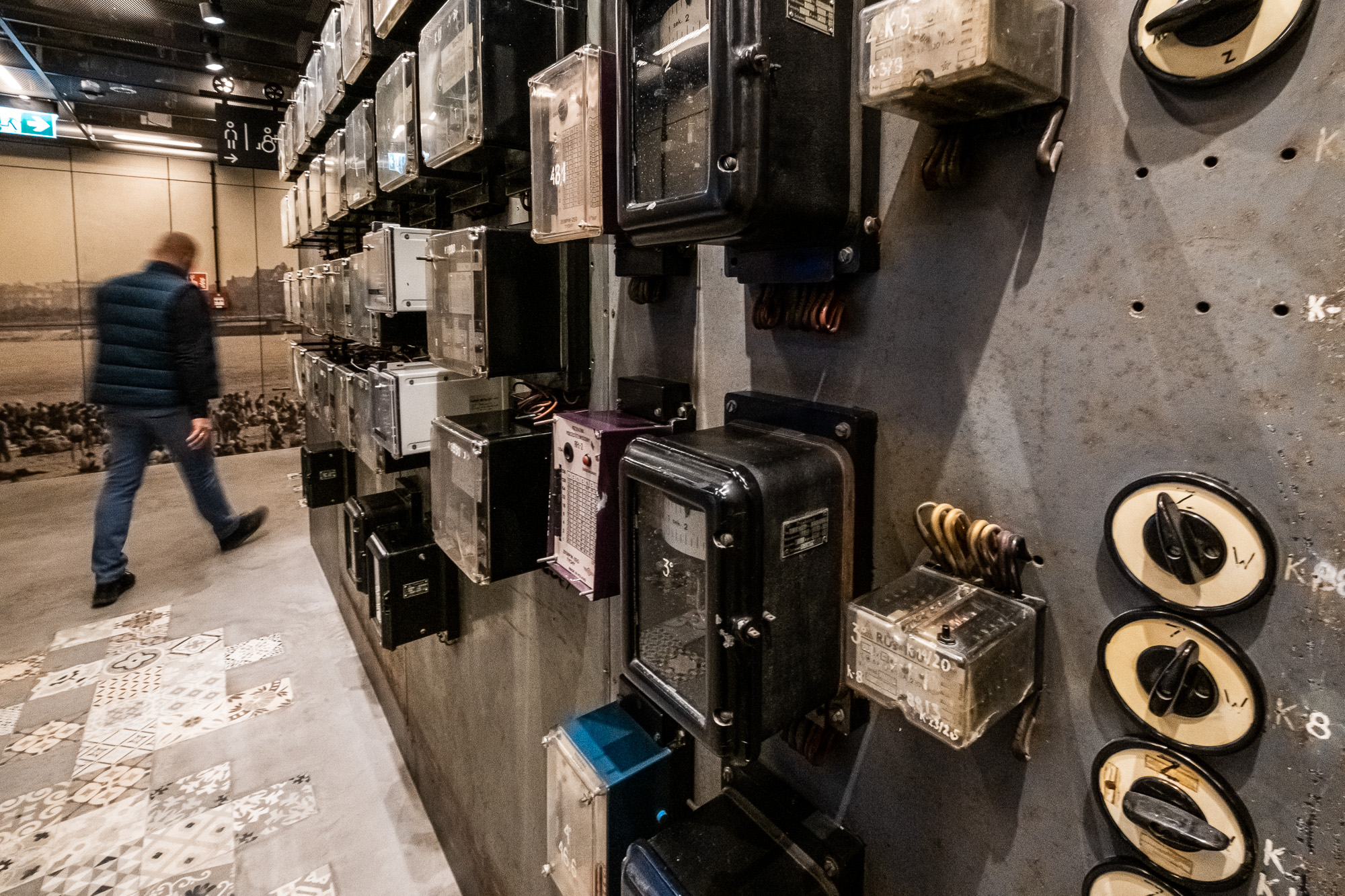 Over 5,000 original elements have been preserved, among these a 1955 power unit that once controlled the Palace of Culture’s electricity.Kalbar/TFN

Yet as remarkable as it may have seemed 15 or even 10-years ago, a once shabby blue-collar district has found itself undergoing a remarkable renaissance defined by the unveiling of the Copernicus Science Centre and the redevelopment of the riverfront. Culturally, socially and economically, the area has flourished, blooming to become one of the capital’s most desirable areas.

Now, the opening of Elektrownia Powiśle marks the final step of this glorious transition. 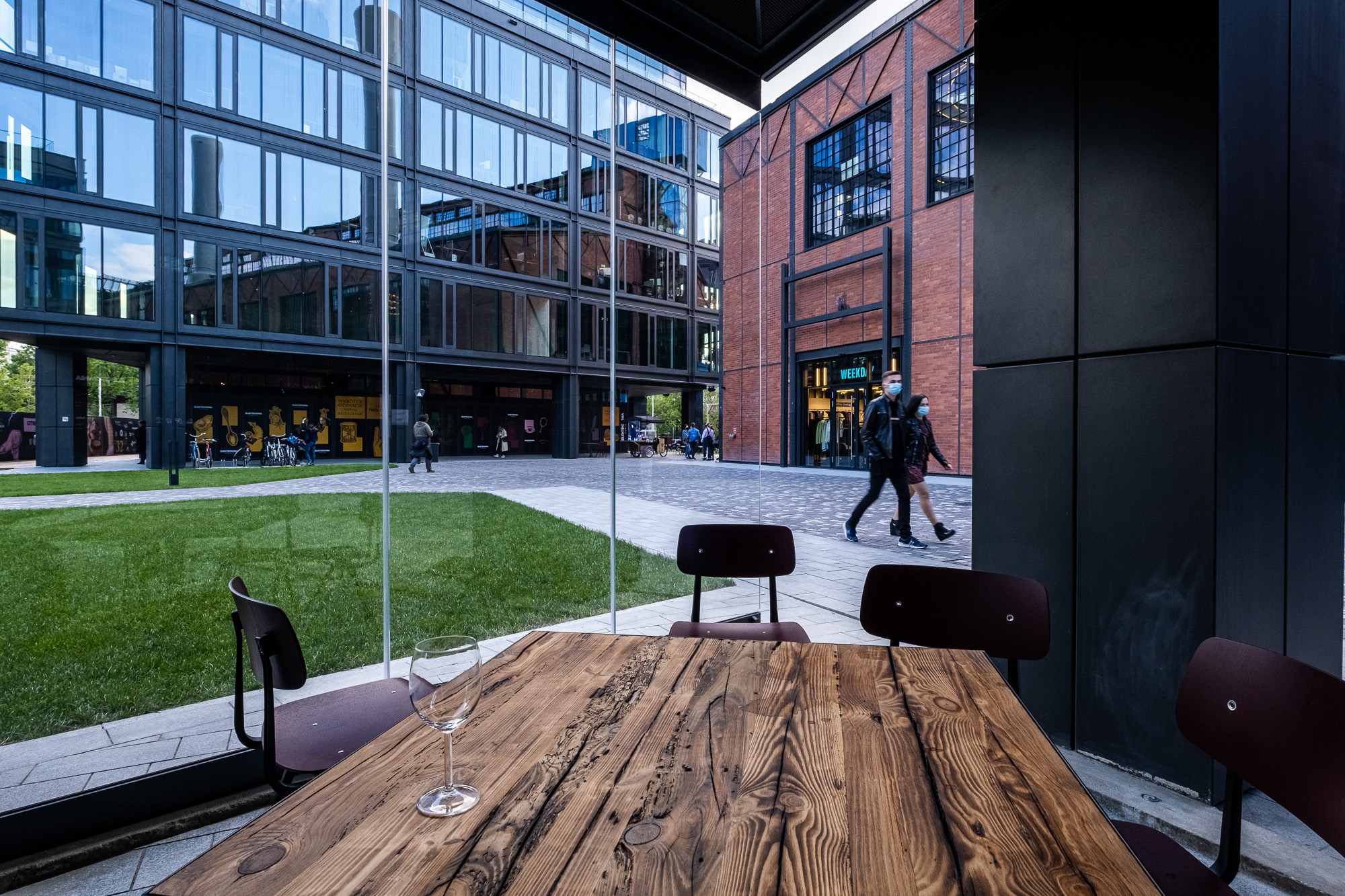 Some four years in the making, from the dust and weeds has emerged a project to link the area together in spectacular fashion. Comprised of A-Class office space, loft-style apartments, pristine public space and a thoughtful retail offer, the attention it has received since opening its doors on Wednesday is well-warranted.

“There was always a big focus on keeping the plant’s history alive,” says Joanna Skotarek of White Star Real Estate, “and it felt vital to give it this second life.” 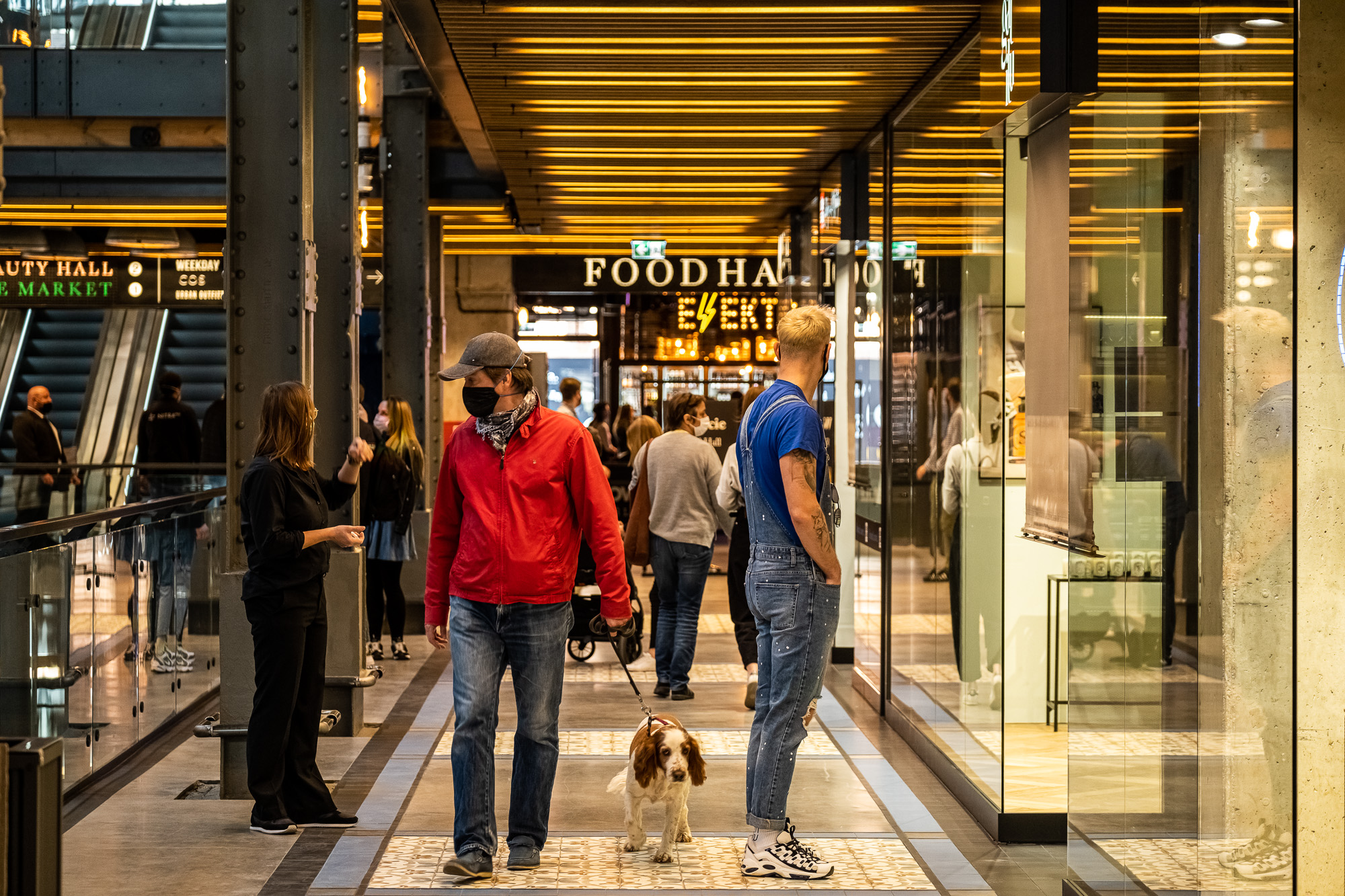 The retail element features stores such as Urban Outfitters, Hugo, Napapijri and COS.Kalbar/TFN

To do so, over 5,000 original elements have been preserved, among these a 1955 power unit that once controlled the Palace of Culture’s electricity, as well as noticeboards, insulators and a whole heap of mysterious dials and cables.

Also recruited were over 20 artists, and their contributions bristle amid the restored brickwork and towering steel beams. Everywhere, retro-style neons proliferate and have been used to signpost each store found within. 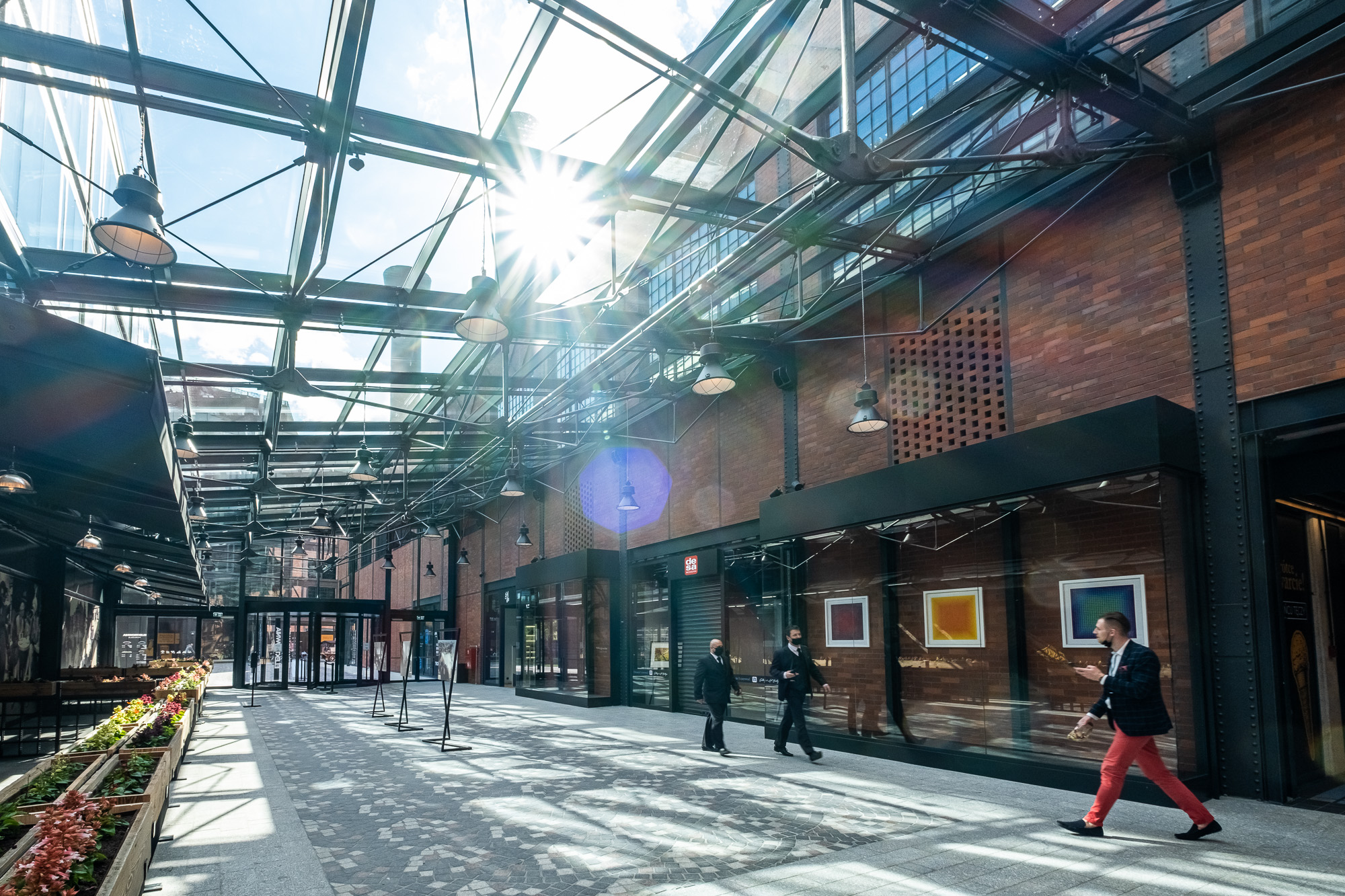 The power station kept the lights on till the end of the last century.Kalbar/TFN

And these themselves have been selected so as not to mimic the cut-and-paste retail offer found in the majority of shopping centres. Featuring stores such as Urban Outfitters (the firm’s first such store in Poland), Hugo, Napapijri and COS, the choice has been carefully complimented to include a heavy presence of high-quality Polish brands as well as an eco-market and a top-floor given over to beauty treatments. 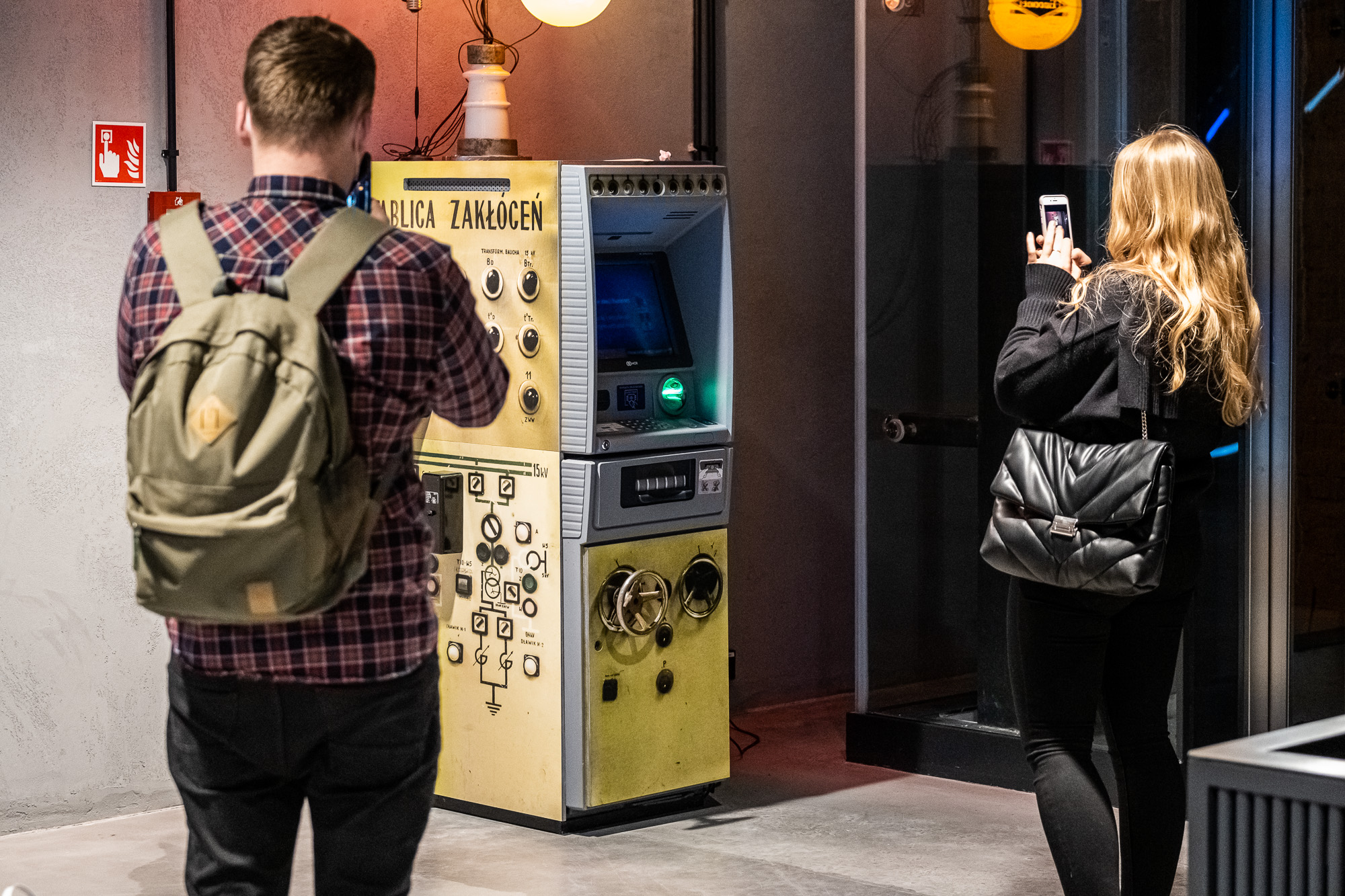 Aware of the need to connect to the end-user on an emotional level, it is the character of Elektrownia Powisłe that shines the loudest, a point underscored by the attention to detail – whether it be in the glitzy lavatory facilities or simply in the form of cash machines pimped up to present a pseudo-industrial look.

Even in these paranoid times of social distancing, the food hall – all craft beer, funky street food and author’s cocktails – is set to go chin-to-chin with established concepts such as those found in Warsaw’s Hala Koszyki. 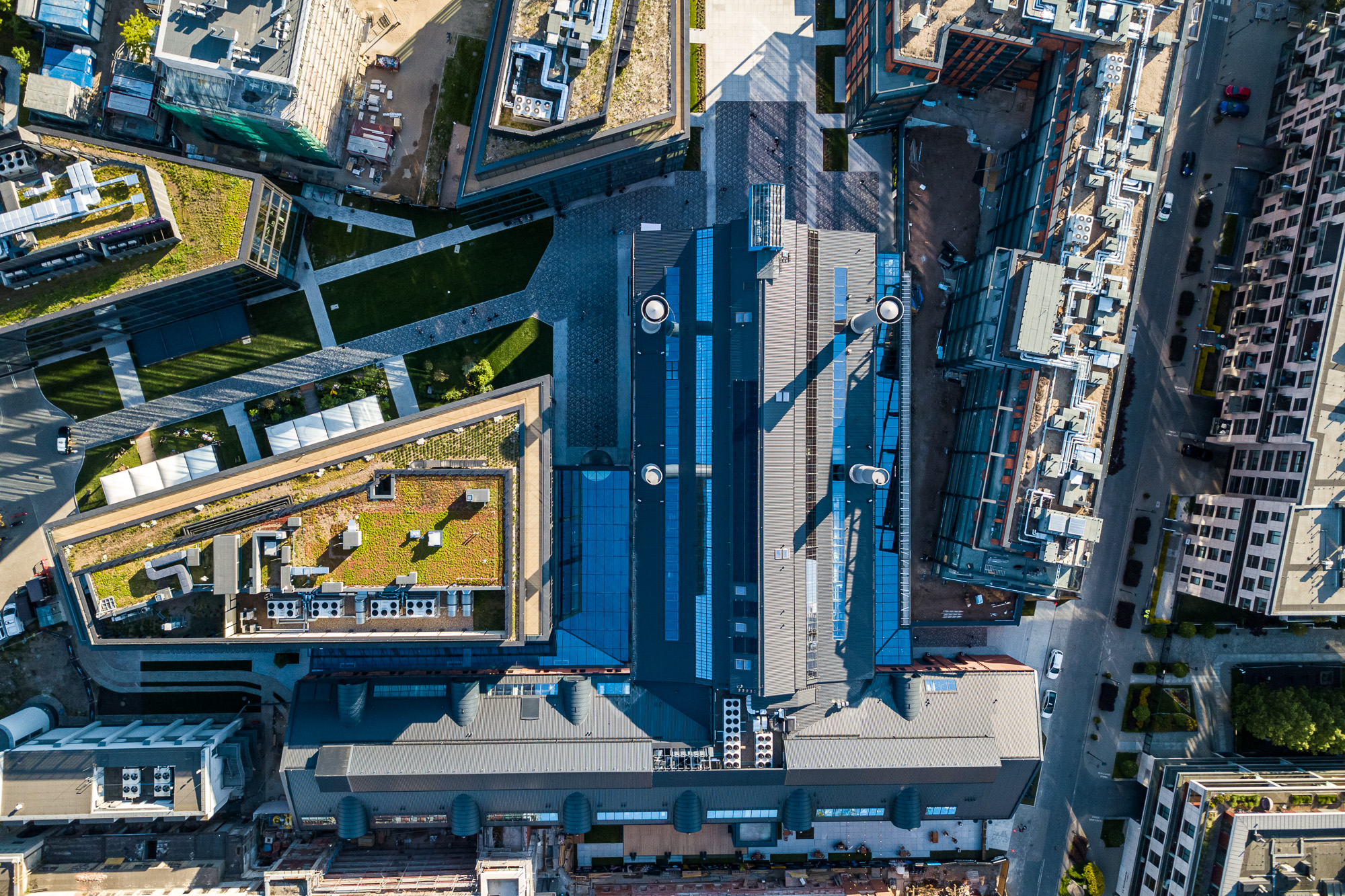 The mixed-use project promises to rattle not just the capital, but the wider Central Eastern European region.Kalbar/TFN

Already feeling vibrant and on-trend – a fact attested by the presence of Niewinni Czarodzieje 2.0, a restaurant owned by media sensation Kuba Wojewódzki – that feeling will increase yet further once other stages are completed such as next year’s unveiling of the onsite Barceló Hotel.

Trade to reopen from February 1, too early for reopening of other sectors

Warsaw will remain important for new US administration - minister