All dolled up but nowhere to go? Then head to Białowieża for Poland’s quirkiest museum

The first rule of travel? Expect the unexpected. Never is this truer than the backwaters of Poland. Take Białowieża as an example. Not the wider region, with its roaming bison and wild, primeval forests, but the tiny timber town at the core of this district.

Known to some for the Tsarist-themed indulgence that is the Carska Hotel, to others it’s merely another rural village so typical of this country. But typical it is not. Beyond its connections to Russia’s imperial monarchy, Białowieża should be known as the unlikely location of the most enchanting museum you’ll ever likely visit. In this case, of course, the word museum is a term to be used lightly. Multimedia presentations? Get real. CGI effects? No chance. Here, even a coherent narrative is too much to expect. This, however, is part of the appeal.

Set off the principal road leading into town, it’s easy to drive past without giving pause. Most do just that. Doing so, mind you, passes up the chance of visiting what’s signposted as the Muzeum Lalek.

“I think,” announces the photographer, “we just passed a doll museum.” 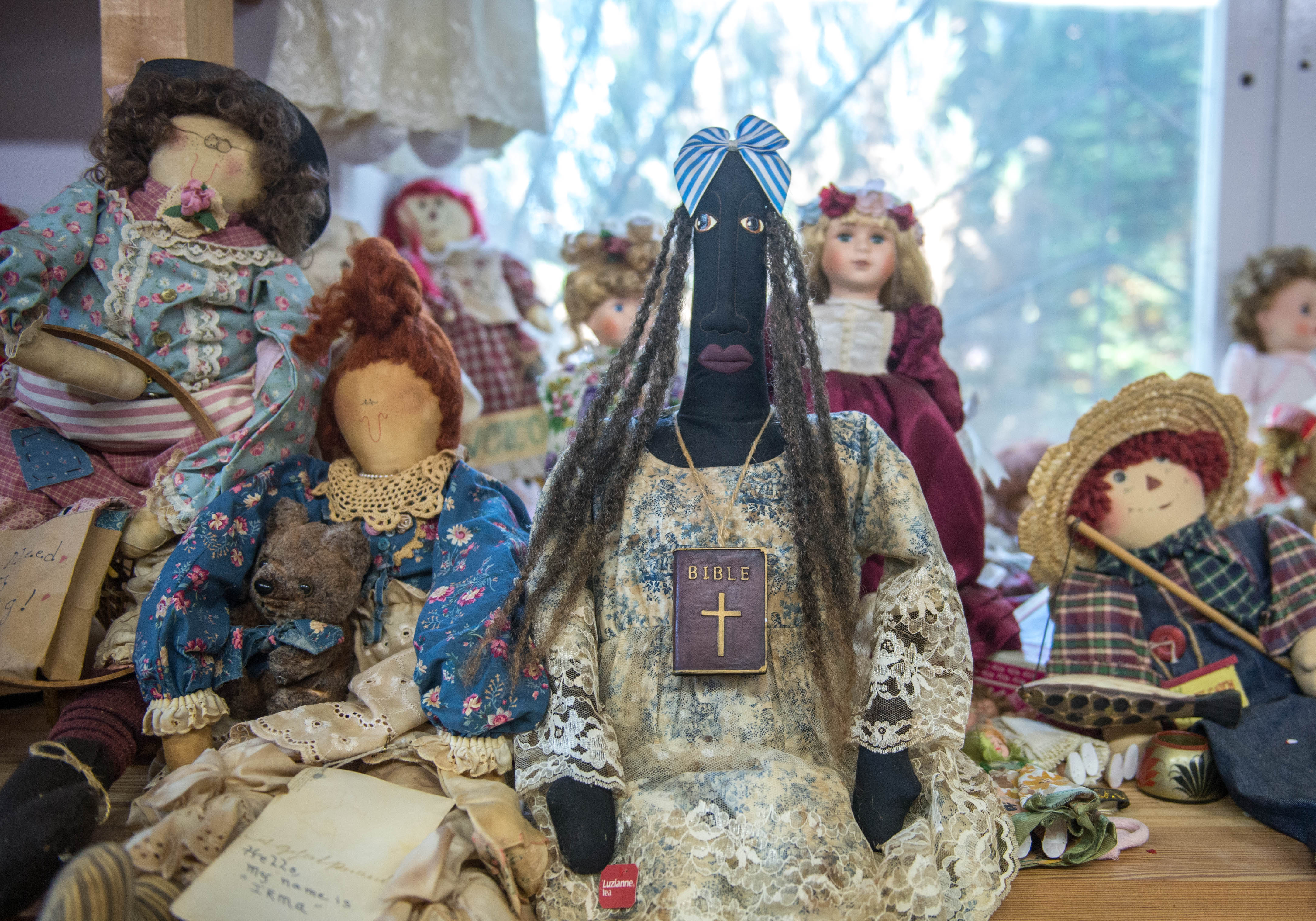 With some displays dating from as far back as 1850, the couple’s acquisitions include African-American folk dolls from the segregation era and paper US presidents.TFN

With nothing else sketched into the diary we spin the car round and park up in the yard. In the distance, a dog barks sending the local crows screeching to the sky. In all likelihood, this is the most action this part of the world has seen for some time. Certainly, there’s nothing else we notice to suggest an impending stampede – the door is locked and the windows stained with murk and muck. But there’s a sign, a small card asking any prospective visitors to call Pan Sergiusz to be allowed admission. We do so in faltering Polish, and in the four minutes it takes for him to arrive we discuss the reasons as to why we’ve even stopped. Boredom and madness seem the general consensus. Soon, we’re glad we did.

A doctor by profession, Sergiusz Tarasiewicz was decorated for his work with a Polish medical unit in 1980s Libya before returning to Poland to practice his profession in the Białowieża area. Deeply connected to the region, he’s since been credited with discovering numerous ‘spiritual energy points’ in the outlying forests. Together with his wife, artist Tamara, the couple opened a ‘Forest Gallery’ in 1994. Though that closed within a couple of years, that wasn’t the end of the pair’s cultural aspirations.

Set on the ground floor of a rugged, dusty extension that you suspect once doubled as a garage, their joint project, the Muzeum Lalek, is nothing if not remarkable. That much becomes apparent when, immediately on entry, Sergiusz presents a mechanical figure of Marilyn that jiggles provocatively to the tune of Happy Birthday Mr. President. This is, we all nod, a startling introduction to this eccentric little haven. 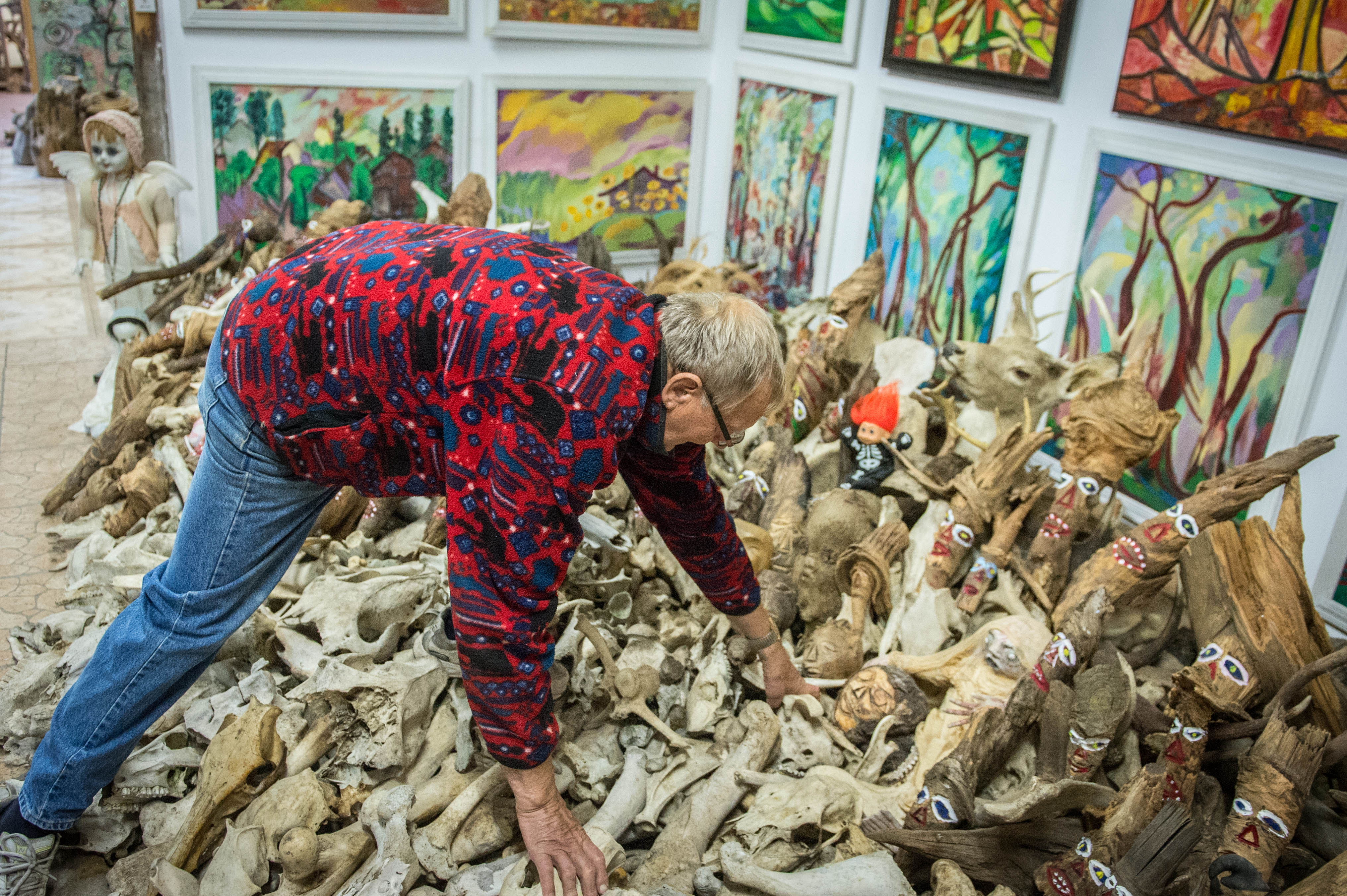 Sergiusz Tarasiewicz, one of the museum’s founders, move some of its exhibits around.TFN

Following Sergiusz, we move down the hallway, the narrow corridor lined with over 2,000 dolls amassed by the couple over the course of the years. The richness of this assortment is staggering, with modern day Barbies and pudgy teddies stacked on the shelves alongside spooky-looking dolls that follow every move with their beady glass eyes – Stephen King, you imagine, would happily use this space as a source of inspiration. Amusing in parts, unsettling in others, the depth of the collection is bewildering in scope. With some displays dating from as far back as 1850, the couple’s acquisitions include African-American folk dolls from the segregation era, paper US presidents, vintage Victoriana, inter-war rag dolls and even the porcelain miniature of Princess Diana.

And there is more. Though dolls constitute the bulk of the sightseeing, the Tarasiewicz’s passion for Białowieża manifests itself by way of a motley barrage of strange collectibles relating to this isolated province: a heap of mangled animal bones recovered from the woods by Sergiusz himself, Soviet banners and paintings of revolutionary scenes, and clunky farmhouse contraptions once used in the past. Silent in our awe, we naturally jump out of our skins as the stillness is shattered by Sergiusz triumphantly slamming the top on a 19th century rat trap that would have left anything inside a crushed, bloodied pulp. Within moments, we’re all taking turns on this ingenious device and giving high-fives as we slay imaginary rodents. 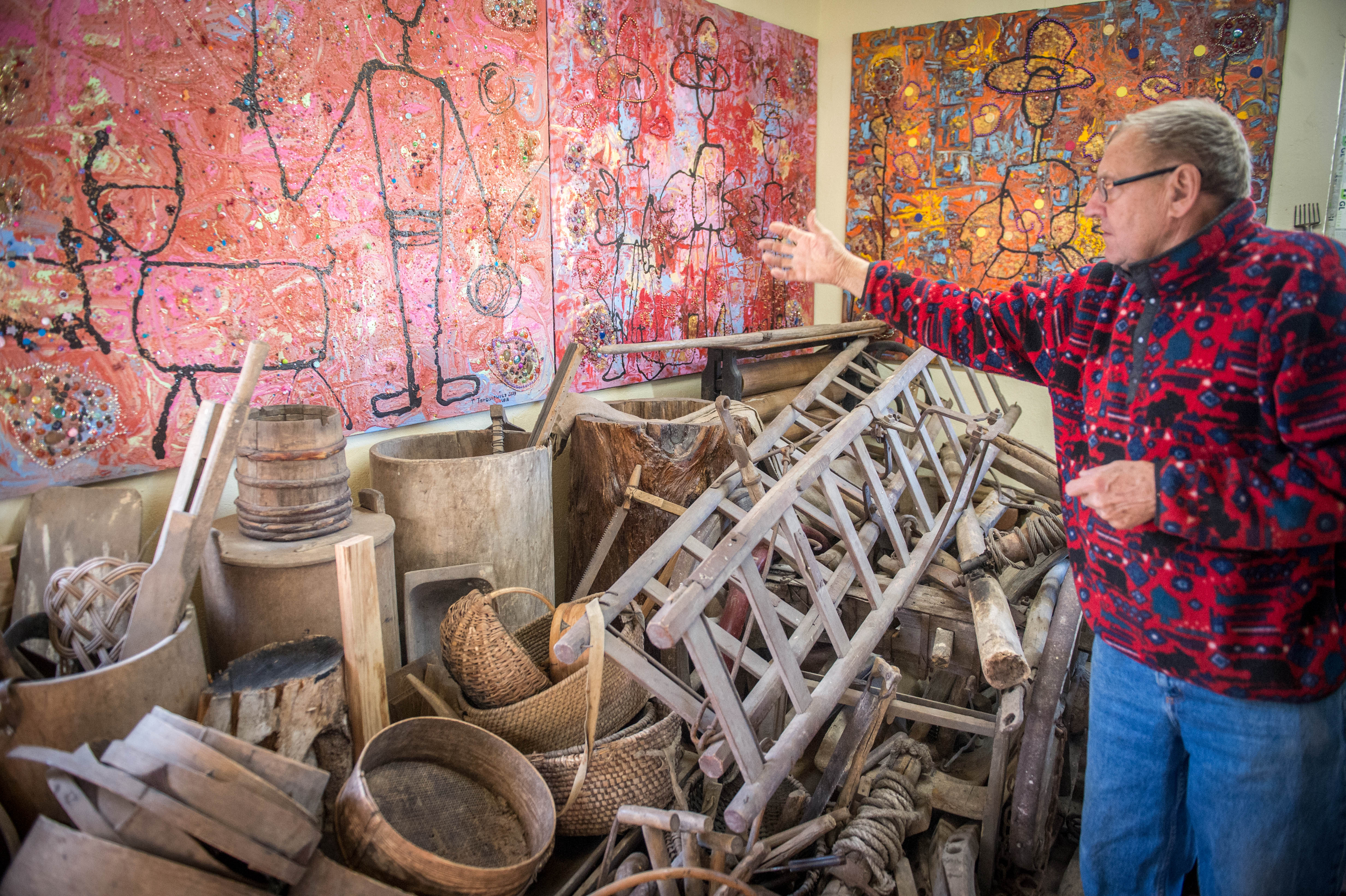 Sergiusz points to paintings by his wife Tamara, an artist who has made it onto the pages of Who’s Who of American Women.TFN

Pertinently, the presence of Tamara is never far away. Though based in America, her captivating works are an essential component of this strange museum. “Her artistic talent was first noticed by the Warsaw-based Professor Lyudmila Dyrlage in 1975,” says Sergiusz, “and soon after they visited St. Petersburg’s Hermitage on an organized trip – as much as anything, it was this exposure to world art that influenced her output.”

Taking to oils in 1988, Tamara struggled to make professional headway in a country largely resistant to her style and ideas. Immigrating to America in 1996, success quickly followed with her dynamic, expressive works earning a slew of prizes and prestigious commissions. Heaped with awards from institutions such as the American Society of Contemporary Artists, and included in the Who’s Who of American Women, this girl from nearby Hajnówka has become a figurehead for émigrés seeking their way in the world.

Yet despite her international success, much of her art remains intrinsically rooted to her local heritage. Inspired by nature’s presence and the mysteries of the forest, her portfolio is typified by her bold use of colour and spiritual message. This museum, both incredible and abstract, feels a fitting home for her body of work. Leaving Muzeum Lalek, it’s with the bizarre sensation of having woken from a dream. “Did we really just see all that,” asks the photographer looking dazed and muddled. Yes, I answer, we certainly did. You should as well.