Tennis aces Łukasz Kubot and doubles partner Marcelo Melo have slammed their way to victory in the ATP Shanghai Masters, picking up a double trophy for two epic wins.

In a gripping semifinal on Saturday (October 13th), the Polish-Brazilian tennis duo blasted their way to a 2-0 triumph over Austria’s Oliver Marach and Croatia’s Mate Pavić.

In a stunning display of teamwork Kubot and Melo won an astonishing 87% of their first serve points and didn't surrender a single breakpoint in over 60 minutes of play, resulting in a stunning 2-0 victory for Kubot and Melo. 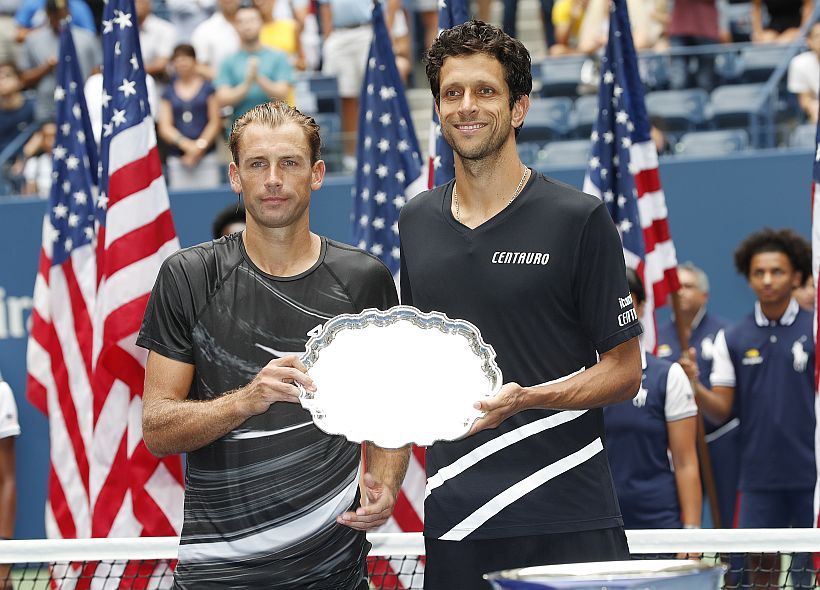 A month ago, Kubot and Melo finished second in the US Open.John G. Mabanglo/PAP/EPA

The ATP Finals is a tournament where top players, in singles and doubles compete. This year, the doubles trophy holders will return home with a prize of $421,340.

Kubot and Melo team again in a tournament that will mark the end season. It will take place on November 11-18 in London, featuring the best eight pairs in the ranking.

The duo took the Sydney International title in the second week of the season, before taking home two ATP 500 titles at the Gerry Weber Open in Halle and winning last week's China Open in Beijing.