As the curtain falls on 2022, TFN’s Alex Webber takes a personal look back at his travel highlights of the year…

Never, not once in my twenty-two years of living in Poland, had anyone thought to recommend a trip to Krosno, so it’s fair to say that I visited in March with my expectations set to a point slightly below zero. More fool me. True, it will never rival Poland’s A-Class destinations, but what I discovered was a glorious town whose quaint and quiet streets leave you in walking in an enchanted daze. 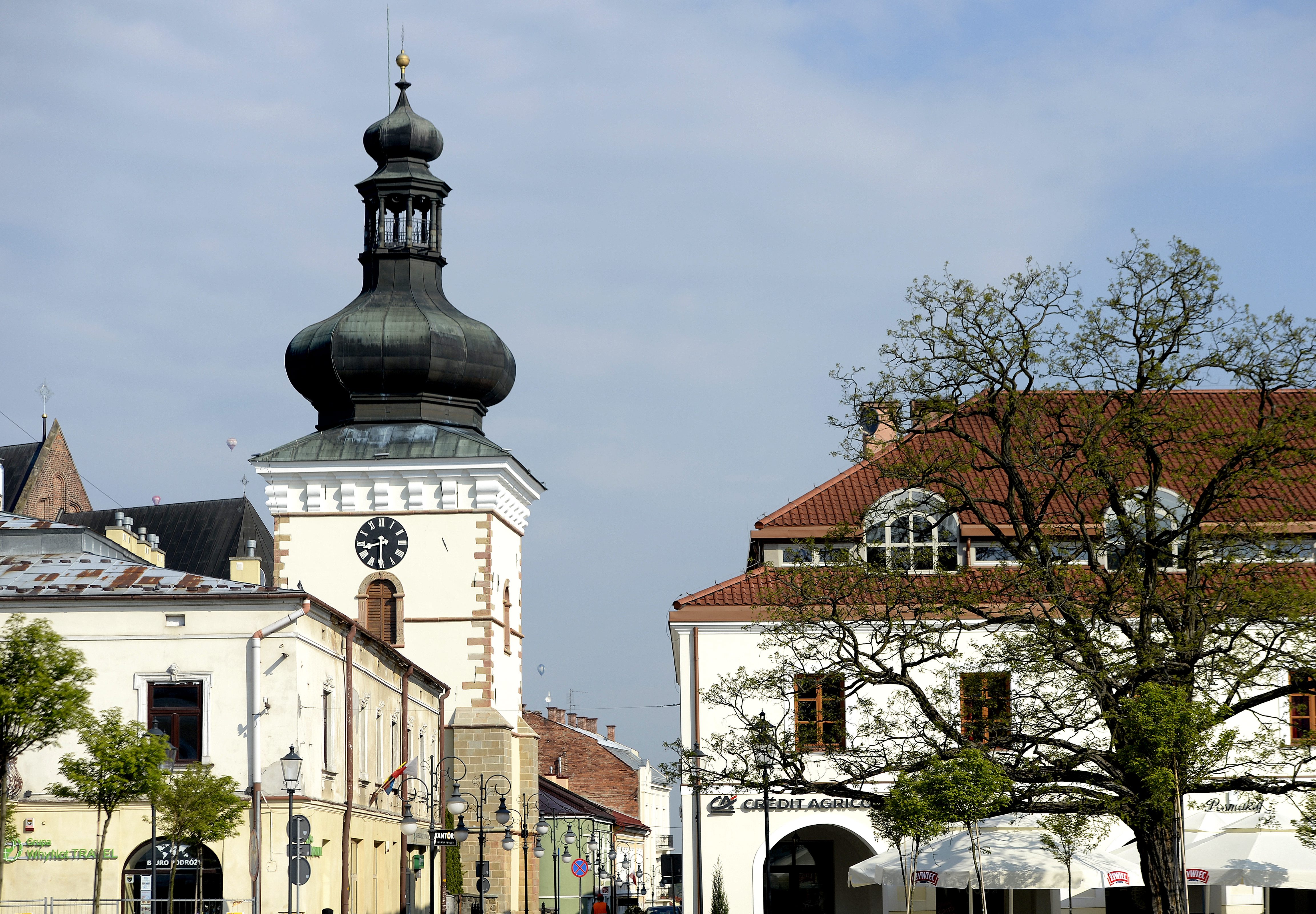 In Krosno, Webber discovered a glorious town whose quaint and quiet streets left him walking in an enchanted daze.Darek Delmanowicz/PAP

Unravelling to reveal a rich array of unexpected sights (for instance, a statute of a 17th century Scottish dude called Robert Gilbert Porteous), this pocket-sized town felt all the more compelling for its curious museums: the Glass Heritage Centre (Whoopi Goldberg and Nicolas Cage, I learned, are reputedly fans of the local glassware); a privately run air raid bunker stuffed with wartime oddities such as a wedding dress made from parachute silk; and the rather bizarre Museum of Petroleum & Gas – occupying the site of the world’s first oil well, find this 20 hectare space filled with old drilling rigs and even a reconstruction of a PRL petrol station.

Staying in the sensitively modernised Polanka Palace (itself, not short on Graham Greene style intrigues given the number of war journalists on R&R from the frontlines of Ukraine), this was a town that knocked me sideways in the most positive of ways.

I adore the hotchpotch of chaos that is Silesia – the emerging ambition of Katowice; the dystopian, broken beauty of Bytom; the unpolished and unexpected glory of Tarnowskie Góry; and all of those forgotten, sooty mining towns lying in between.

Gliwice, on the other hand, is something else entirely with its compact but attractive historic core and strange attractions such as the ‘Silesian Eiffel Tower’ – a radio tower that was the stage for the Nazi provocation that launched WWII. 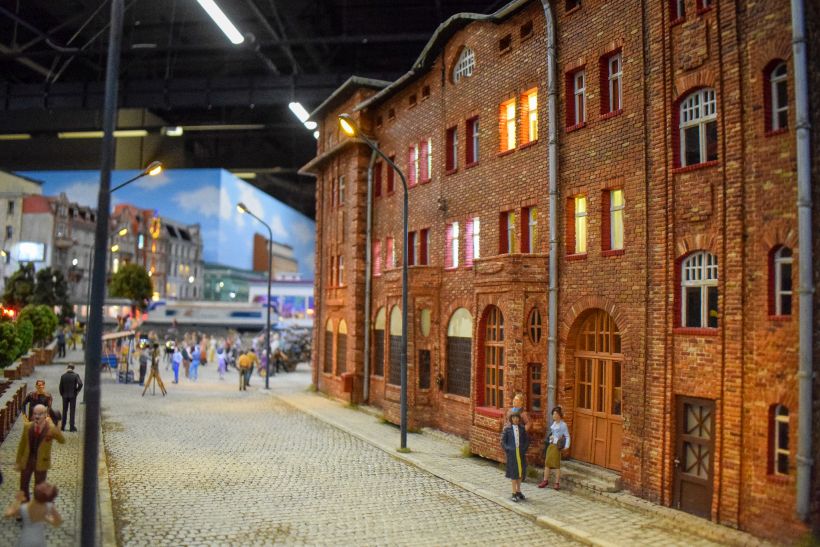 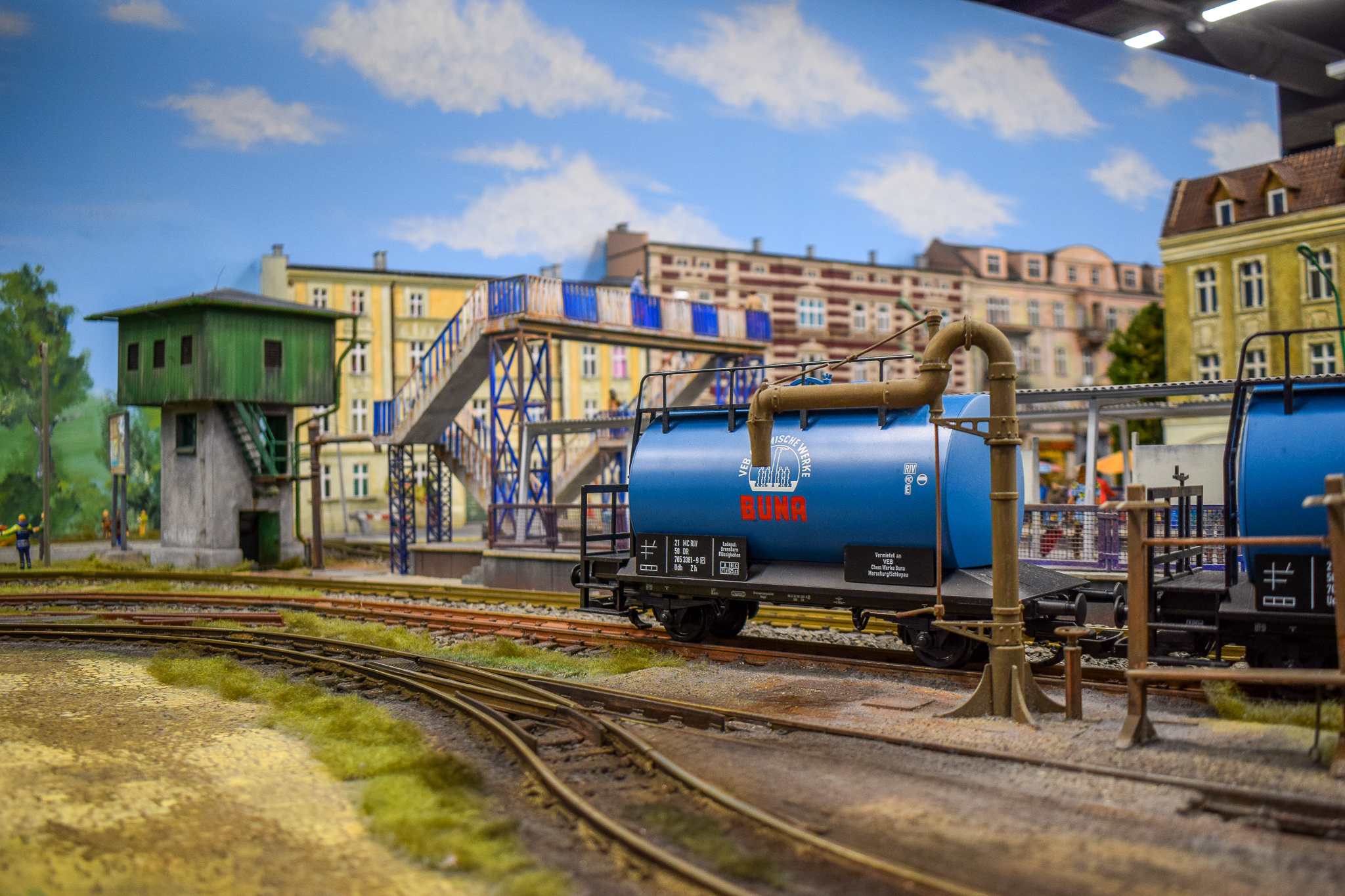 But it wasn’t this that blew my mind, but Kolejkowo – the largest model town to be found in the country. Found in glum-looking retail complex on the edge of town, find your inner six-year-old unleashed inside 900 sq/m of sheer model madness.

Featuring 460 metres of train tracks and over 235 buildings built on a 1:25 scale, this surreal kingdom reimagines not just local landmarks in miniature, but presents an exhaustive range of weirdness to keep your eyes peeled for: among the 3,200 figurines, look out for fighting thugs, bomb disposal teams, bank robbers, dropped babies, and a lion on the loose. 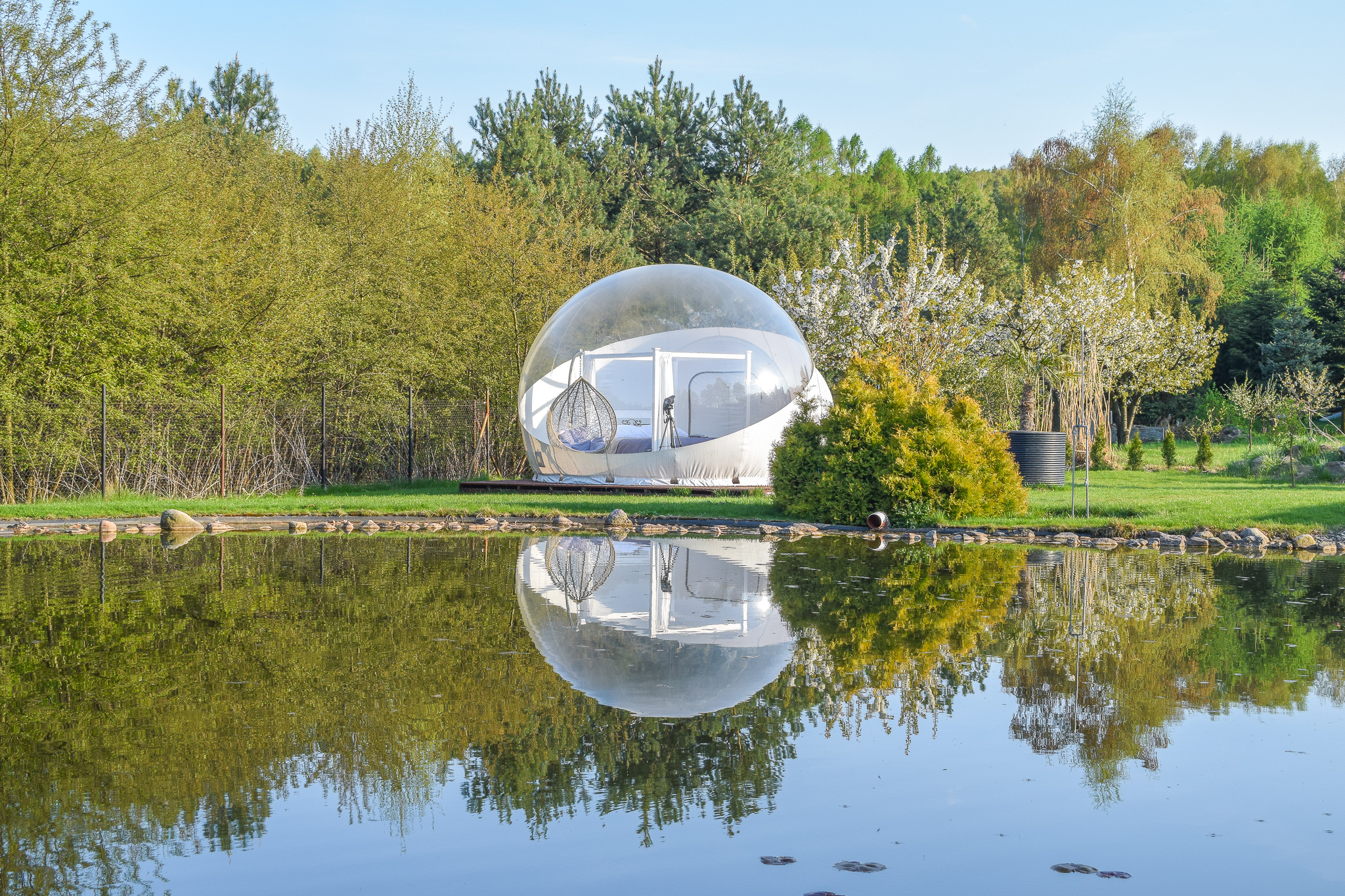 Feeling like a little secluded realm entirely independent of the rest of the planet, W Bańce is a stay that leaves you in zen-like state of deep meditation. Alex Webber/TFN

There’s been many, but for my defining WTF moment of 2022 no place I visited came close to W Bańce, a glamping ground whose unique selling point is a portfolio of ten transparent bubble tents. Set little more than a stone’s throw from Łódź, I found myself cocooned in the womb-like warmth of my bubble doing little more than listening to the whistles of the wind whilst gazing up at the tapestry of stars that seemed to dangle so teasingly above me.

Feeling like a little secluded realm entirely independent of the rest of the planet, it’s a stay that leaves you in zen-like state of deep meditation – I can’t wait to return.

Where to begin… In Kielce, I knocked myself unconscious after walking into a hidden attic beam in the wonderfully dark and tavern-like Shoemaker bed and breakfast. In Siedlce, meanwhile, I suffered a ruptured ACL (ouch!) after being chased by an angry local waving a plank in my direction. 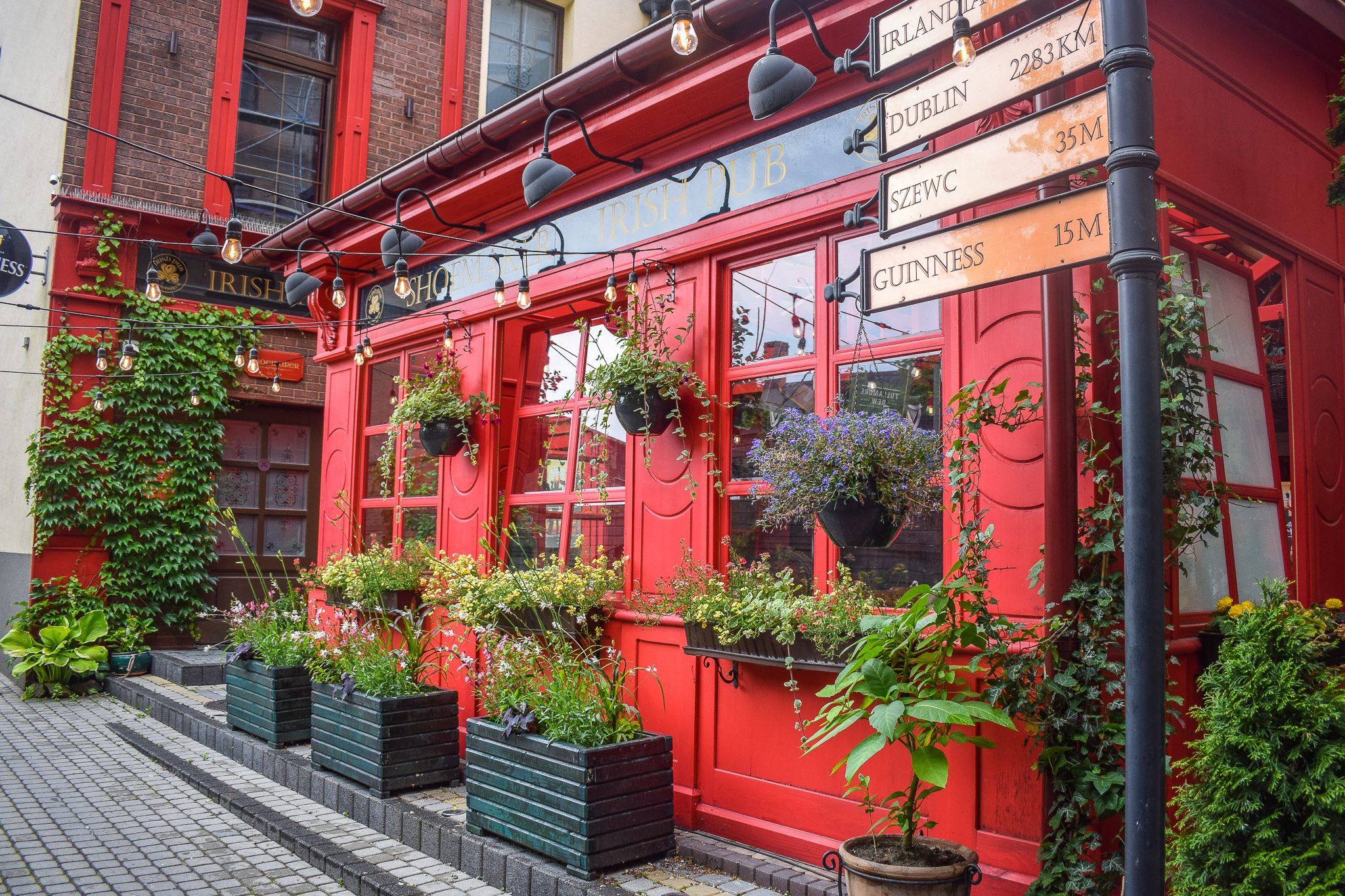 But forgetting the long list of injuries I sustained over the course of my travels, Legnica wins the gong after I found myself at war with one furious hotelier after returning in the blurry hours only to find the lights off and the door bolted for the night.

With rising frustration, my door banging got louder and more desperate, and ended only when a stained glass panel above the bell imploded into a jillion shattered pieces. Oops.

“It’s the 21st century,” I was told by the apoplectic owner, “in Poland we don’t go around breaking things if we can’t get in.”

“Well in England,” I retorted, “we don’t pay for an effing hotel room and then spend the night outside on a bench.” It was hardly the barbed response Oscar Wilde would have issued, but I like to think that I had made a good point.

The aforementioned incident aside, I loved Legnica – and believe me, those are words I never thought I’d mutter. Despite the locals repeatedly telling me with a hint of perverse pride that this was the murder capital of Poland, I found a city filled not with homicidal maniacs (more’s the pity), but architectural nuggets, a handful of great bars, lush parkland, soaring church steeples and no shortage of abandoned Soviet facilities to explore dating from when the town was known as Little Moscow. 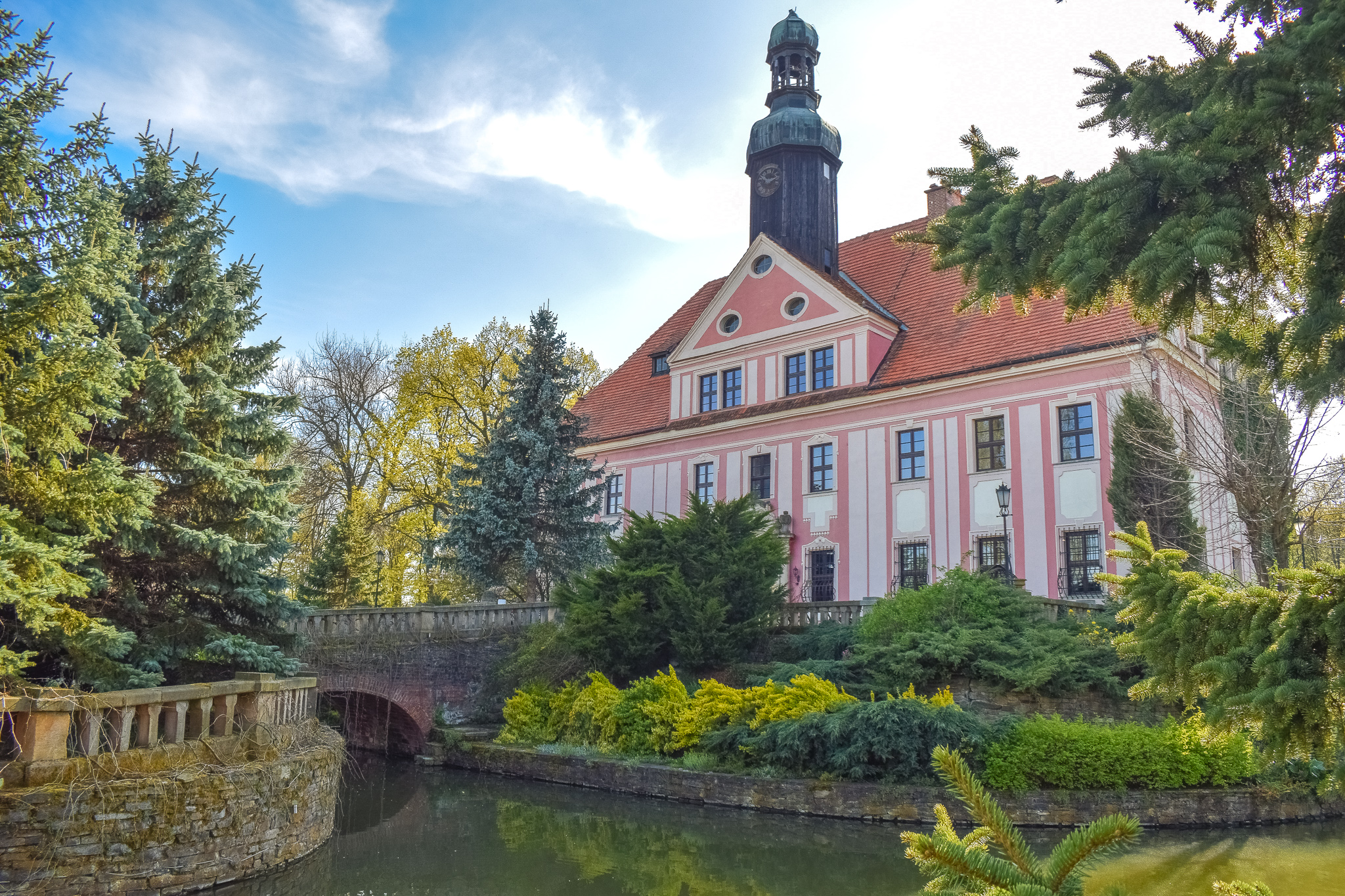 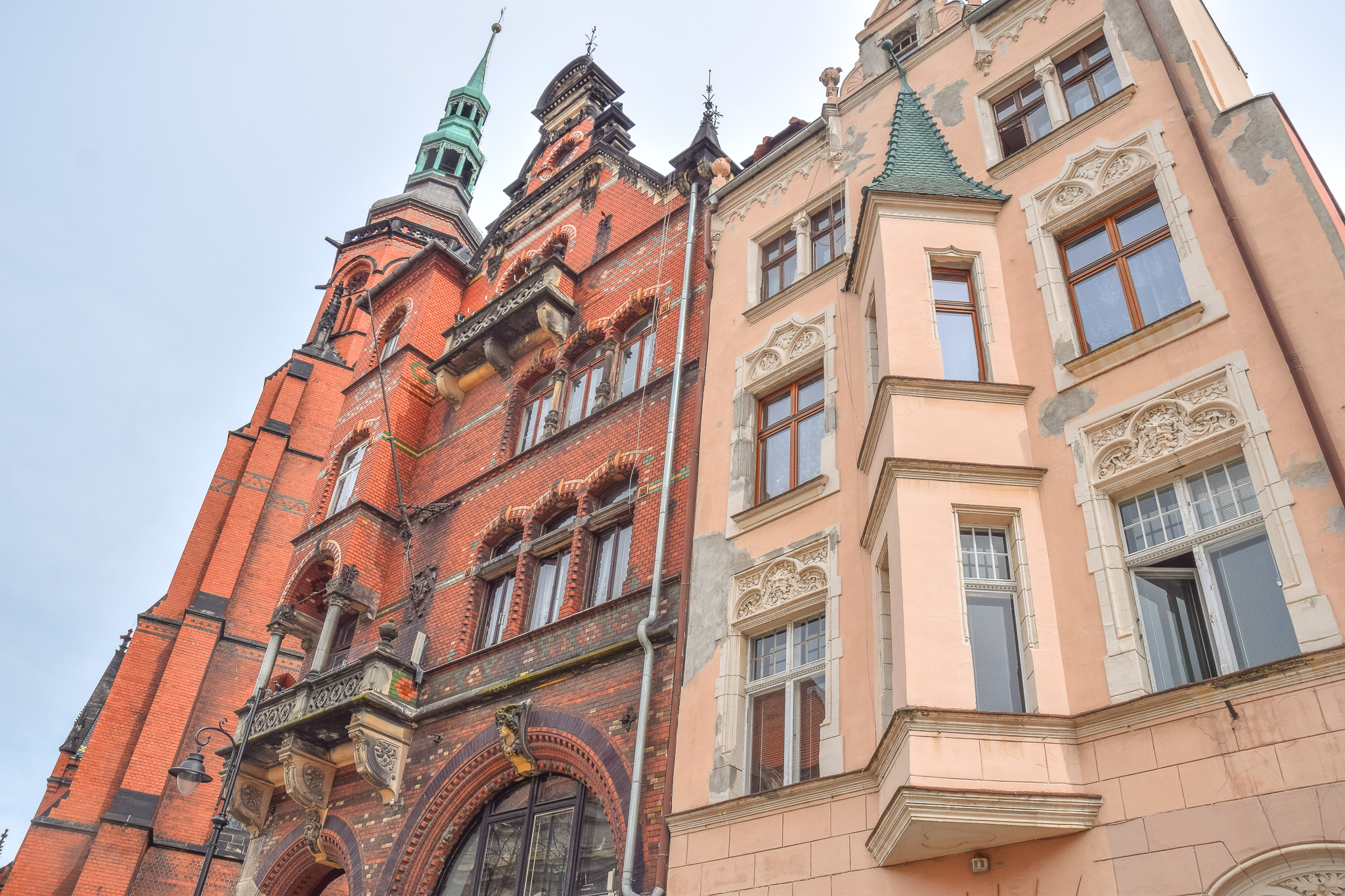 Despite its reputation as the murder capital of Poland, Legnica surprised with its architectural nuggets as well as the moat-enclosed Pałac Warmątowice on the outskirts of town.Alex Webber/TFN

For 45-years this city was the epicentre of the Red Army’s Polish presence, and that’s left no shortage of abandoned military facilities and creepy hospitals to poke about in.

Moreover, I did also happen upon an alternative place to stay, one that didn’t leave me locked outside to scavenge for berries and generally fend for myself.

A place of great potential, as much as the moat-enclosed Warmątowice Palace could do with a boutique-style upgrade, it’s nonetheless one of those heritage stays that I can’t get enough of, filled as it is with creaking floorboards and gloomy oil paintings whose eyes seem to follow you as you shuffle in the shadows.

The Meal To Remember

You don’t need me to preach about the impact that Covid has had on the restaurant sector, and I fully understand why so many restaurateurs have subsequently chosen to follow a sensible, “let’s survive first” approach to their operations. 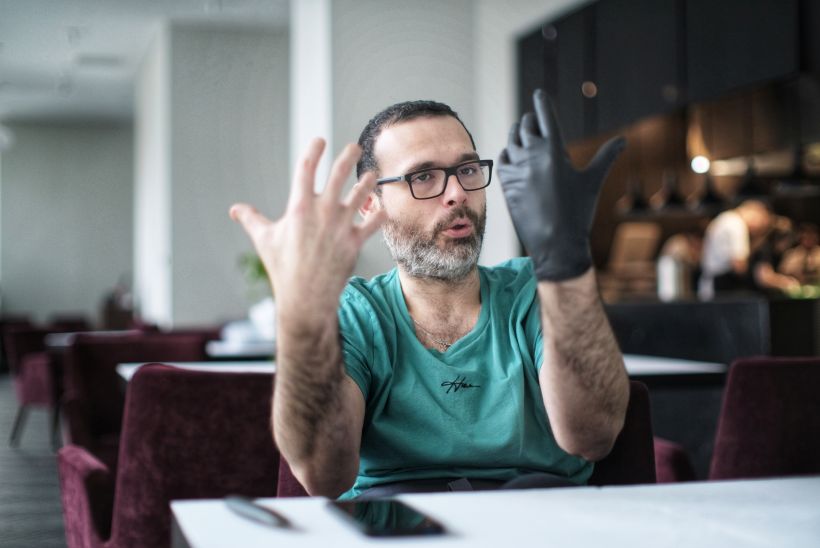 Overseen by the flamboyantly charismatic Andrea Camastra, his Nuta restaurant is an artisanal adventure that takes you on a roller-coaster of tastes and culinary sensations.Kalbar/TFN

Unfortunately, this safety-first philosophy has meant the majority are now content offer the same sameness to their customers. Then you have Nuta. Punching through the ordinary, this Warsaw restaurant is a living work of art.

Overseen by the flamboyantly charismatic Andrea Camastra, his menu is an artisanal adventure that takes you on a roller-coaster of tastes and culinary sensations. Mixing his Italian background with his love of Polish recipes, its an experience that leaves you punch drunk with pleasure.

Listed in 2019 as among the 100 Best Chefs in the World by Le Chef, there should be little doubt that Camastra’s little empire will become the biggest gastronomic ticket of 2023.

I’m so conscious as to the time I spend prattling on about Łódź that I’m on a self-imposed ban when it comes to writing about the city – but sorry, in this instance, I’m going to have to make an exception. 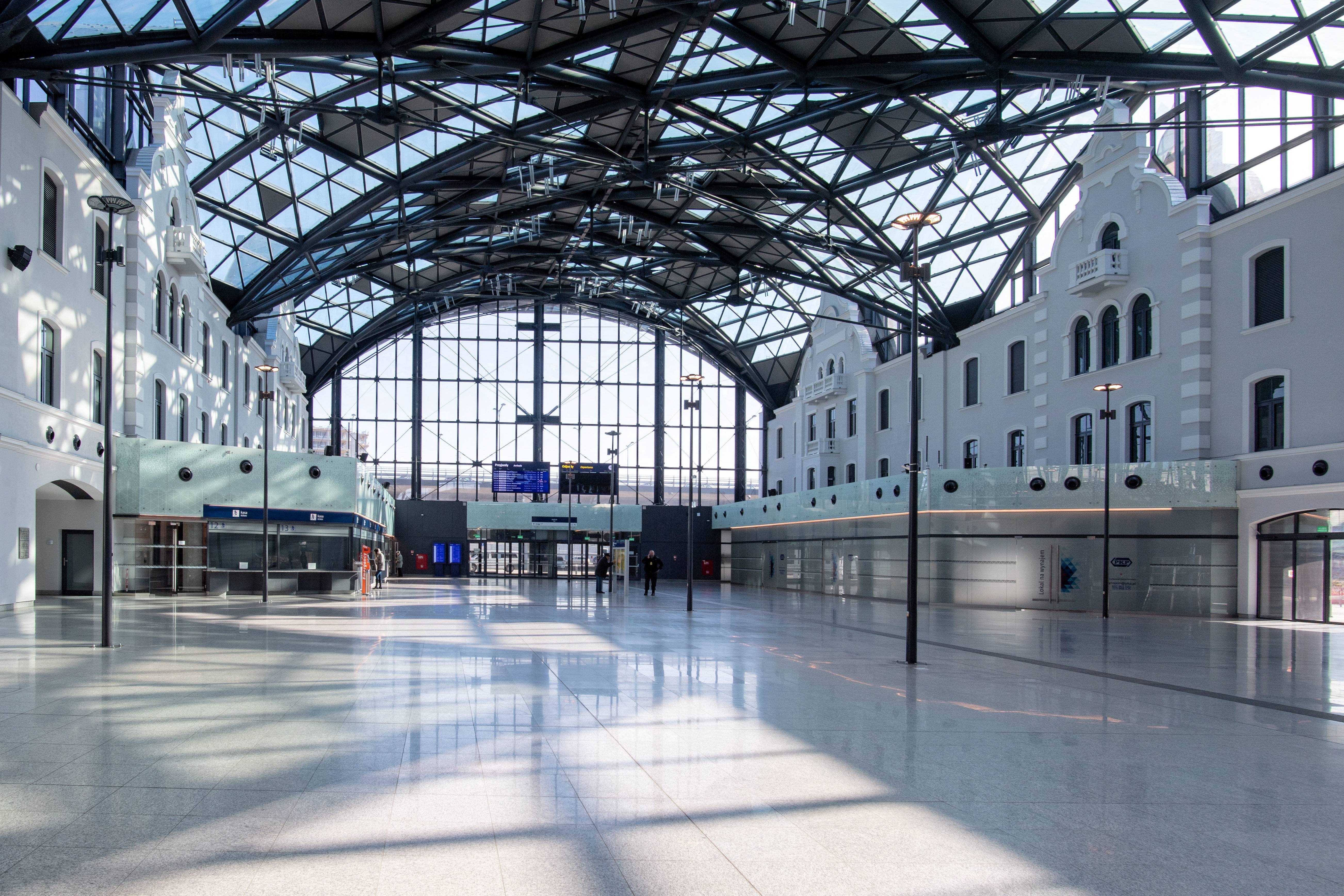 Looking like a cross between a Baroque town square and a futuristic space station is the glass-canopied wonder of Łódź Fabryczna station.Grzegorz Michałowski/PAP

Although it’s not one single street as such, I’m besotted with the way the city opens up to the traveller from the moment one disembarks at the spectacular Fabryczna train station.

Looking like a cross between a Baroque town square and a futuristic space station, this glass-canopied wonder bursts forth to take visitors up past a giant mural of Einstein before bringing them to Traugutta, a street in-filled with quirky bars and cafes and hidden outbreaks of street art.

Framed by teetering Art Nouveau structures of varying pedigree, you walk past such jewels as the Grand Hotel (used by David Lynch to film his oddball classic Inland Empire) before concluding on 6 Sierpnia, a street illuminated by overhead lights. 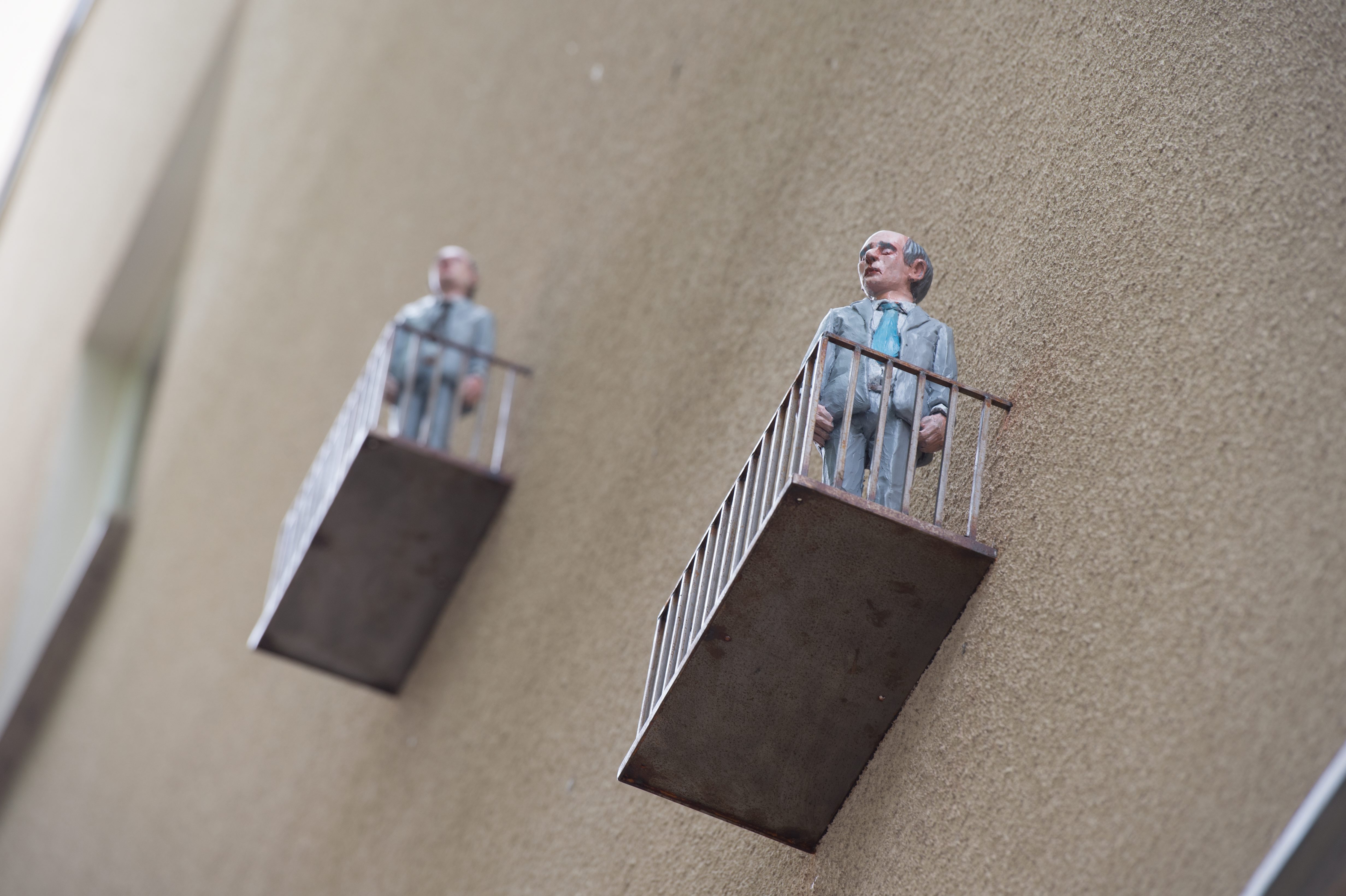 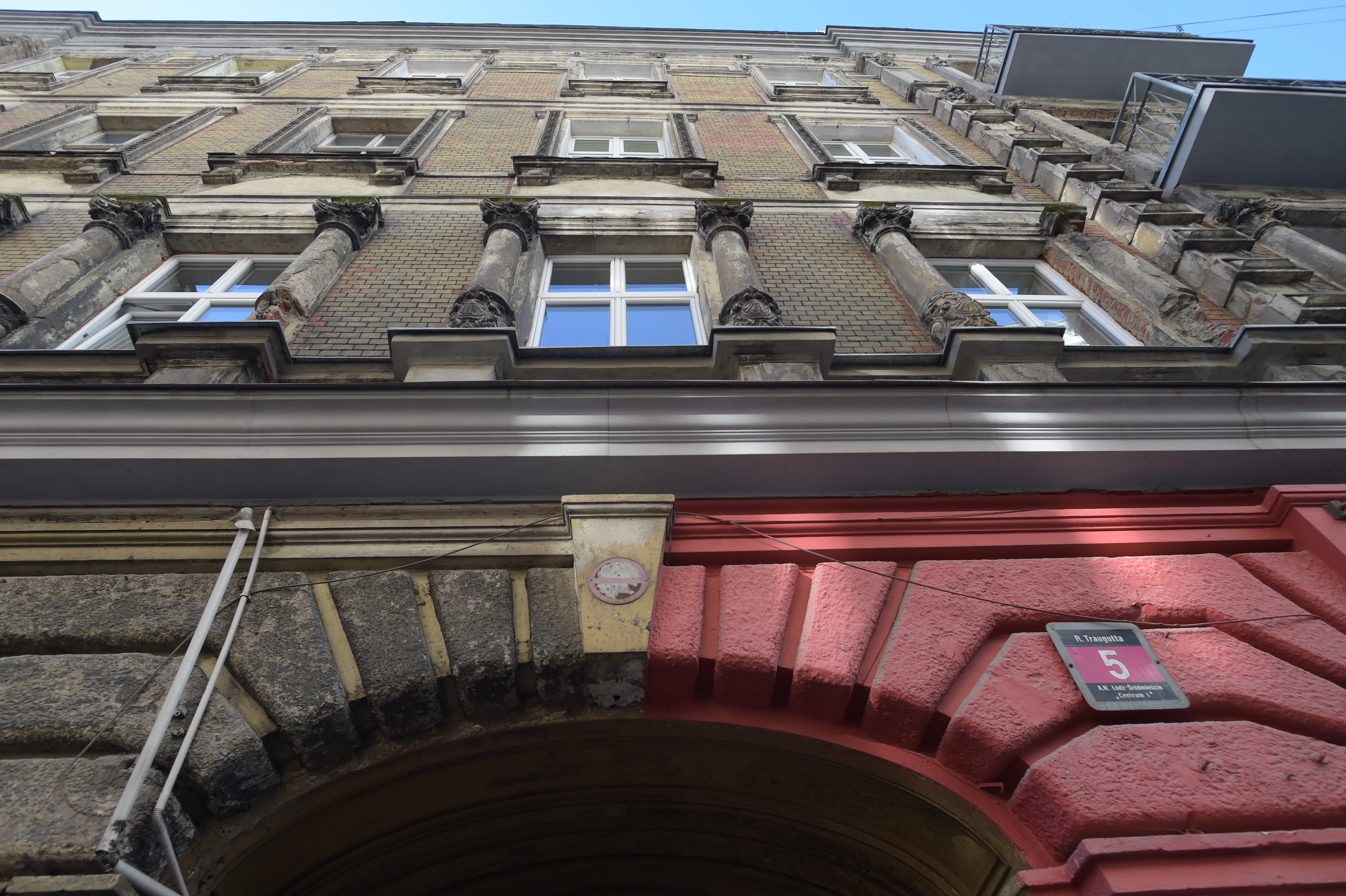 Atmospheric Traugutta is in-filled with quirky bars and cafes and hidden outbreaks of street art.Grzegorz Michałowski/PAP

Regarded as the most famous woonerf in Poland (an urban design concept that seeks to transform streets into ‘living organisms’), for me it’s this walk that has come to define the irresistible quirks of Poland’s most dynamic city.

Of course this is Wrocław, only to recommend it seems as obvious now as Kraków was back in the day. For first-timers, these remain the strongest choices, but for me I can’t think of anywhere better than a weekend in Gdynia. 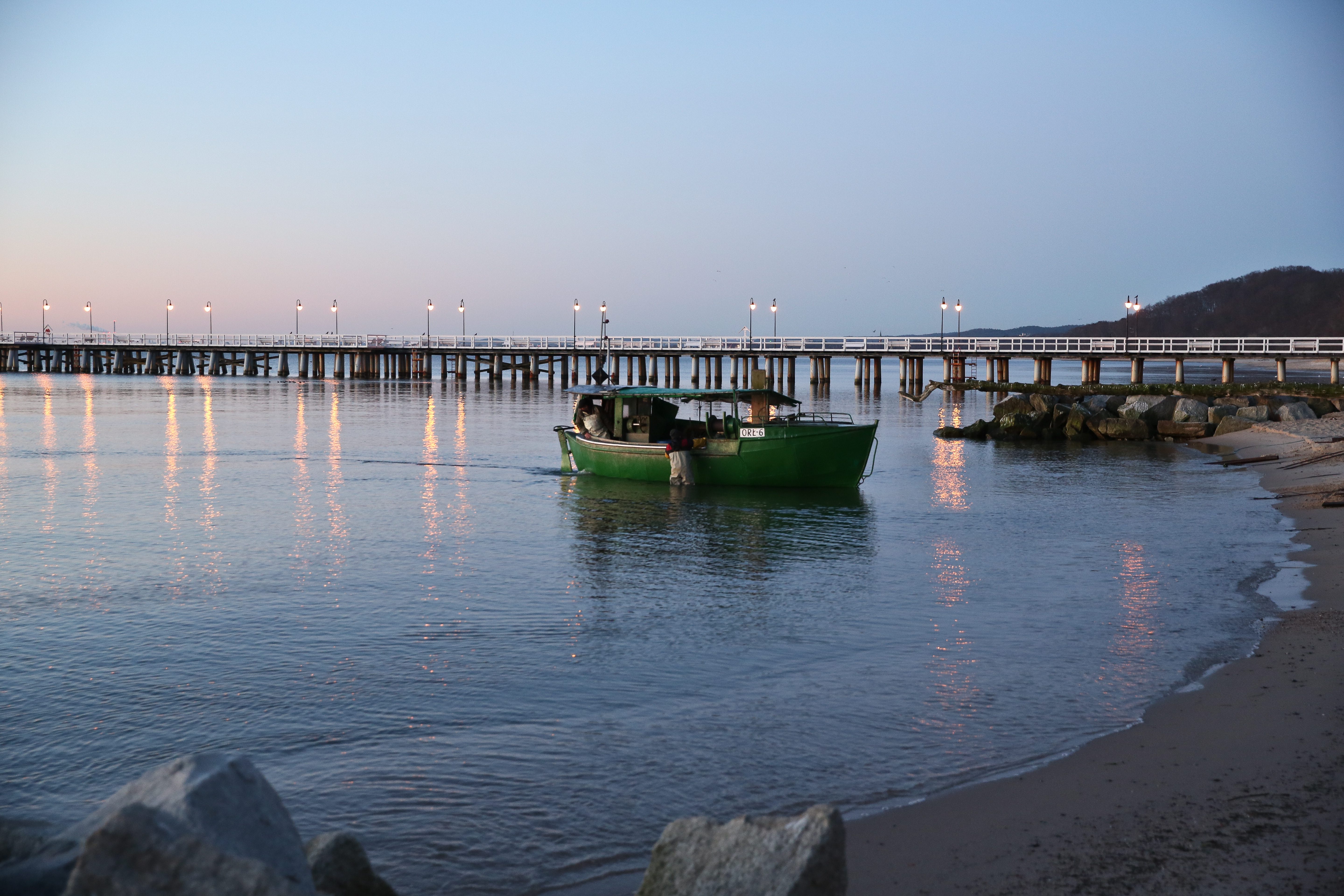 Whether it be exploring Gdynia’s wooded ravines and seafront promenades, or simply losing yourself around the steep and twisting roads that ribbon through its villa-lined suburbs, Gdynia is a fresh reprieve from Poland’s more traditional towns.Rafał Guz/PAP

Benefitting from being part of such a diverse conurbation as the Tri-City, its proximity to the handsome Old Town of Gdańsk and the party scene of Sopot make it a great base, but recent years have seen Gdynia acquire its own strong sense of personal identity that make it magical in its own right.

Filled with strikingly restored modernist buildings, I could walk this city for years and never get bored – whether it be exploring its wooded ravines and seafront promenades, or simply losing myself around the steep and twisting roads that ribbon through its villa-lined suburbs – there’s a character here that seems to offer a fresh reprieve from Poland’s more traditional-minded towns. 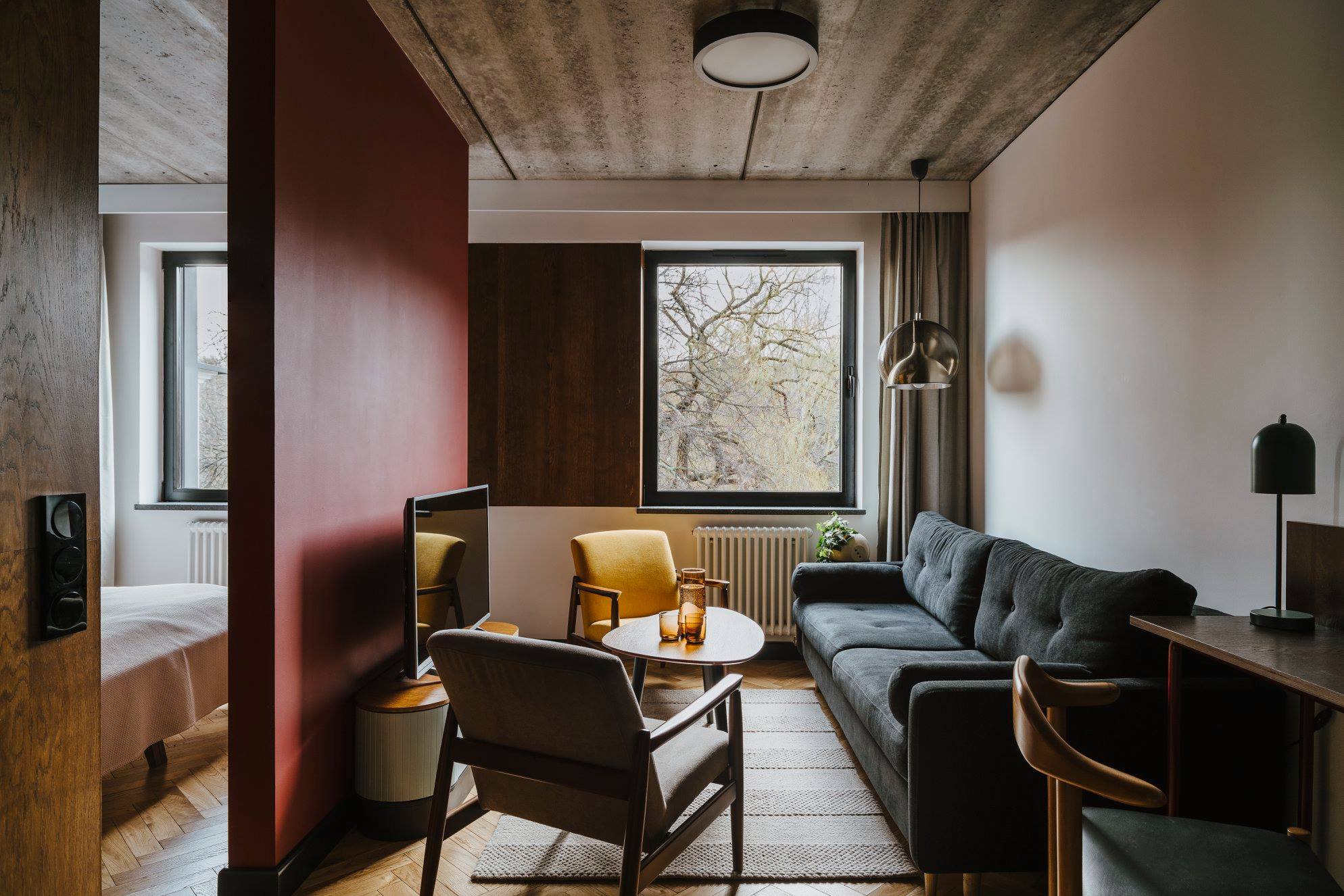 For lighter budgets, Willa Wincent has a retro 50s glam that feels stylishly in-sync with the spirit of the city. Willa Wincent/Facebook

Blessed also with intriguing museums and an atmospheric nightlife, it’s rounded out nicely by the luxuriously fantastical Alice In Wonderland-themed Quadrille Hotel.

For lighter budgets, Willa Wincent has a retro 50s glam that feels stylishly in-sync with the spirit of the city, as well as a tiny basement cocktail bar that’s got the half-dimmed energy of an ‘in the know’ speakeasy.

As much as I love the beautiful Old Towns found generously scattered about Poland, it is Gdynia that has proved to be my undisputed star of 2022.