Once cited as one of the city’s finest and earliest examples of Neo-Classical architecture, the war-ravaged ruins of Wrocław’s Hatzfeld Palace have been placed on the market for a cool PLN 37.8 million.

Originally completed in Baroque form in 1719, the palace was commissioned by Count Franz von Hatzfeld and was designed by the esteemed Silesian architect Christoph Hackner. However, within decades it fell victim to the Seven Years’ War. Significantly damaged by Austrian shelling, what remained was torn down in 1764. 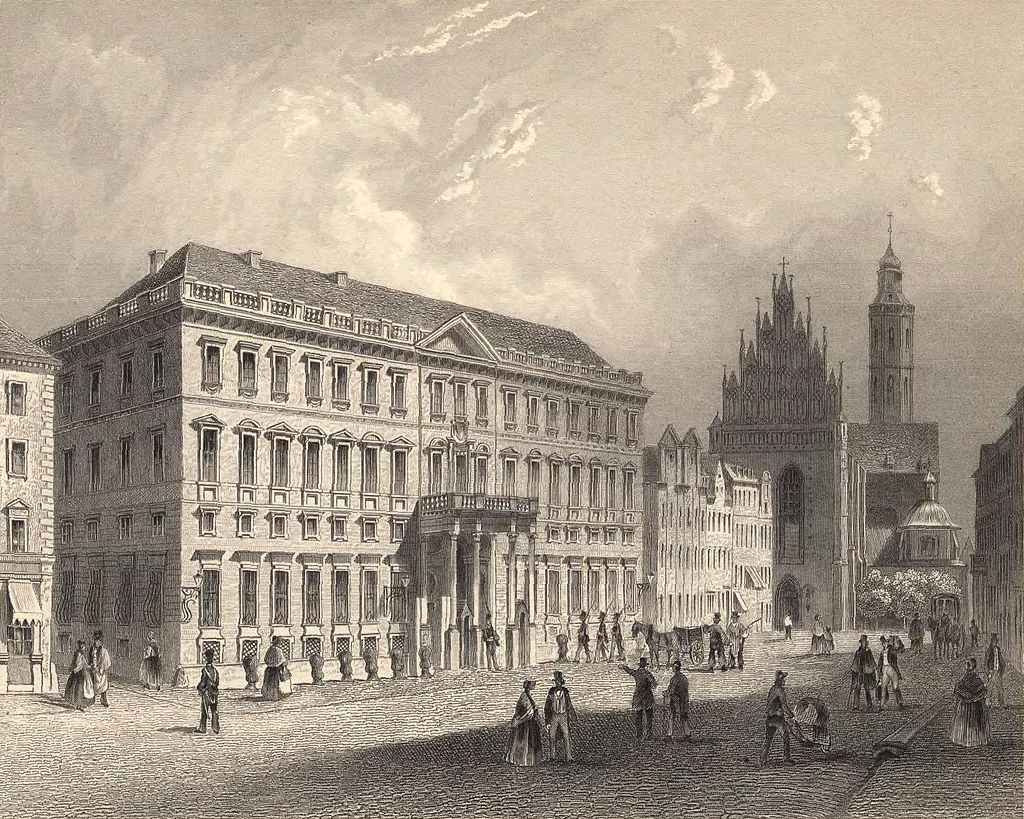 Lauded as one of the largest residences in the entire region, the completed palace helped pioneer the Neo-Classical style in the city – and beyond – and was talked about across Europe.Public domain

Undeterred, its owners started afresh with Prince Franz Philipp Adrian von Hatzfeld recruiting Carl Gotthard Langhans to oversee the work. Immensely talented, Langhans would later enter history as the man behind Berlin’s Brandenburg Gate – as one of his first large-scale projects, it cannot be disputed that his work on the Hatzfeld Palace helped catapult him into the public eye.

Despite that, much credit must also be awarded to Frenchman Isidore Canevale who authored the principal design and worked under Langhans, who by today’s terms would arguably be better viewed as being the project manager. 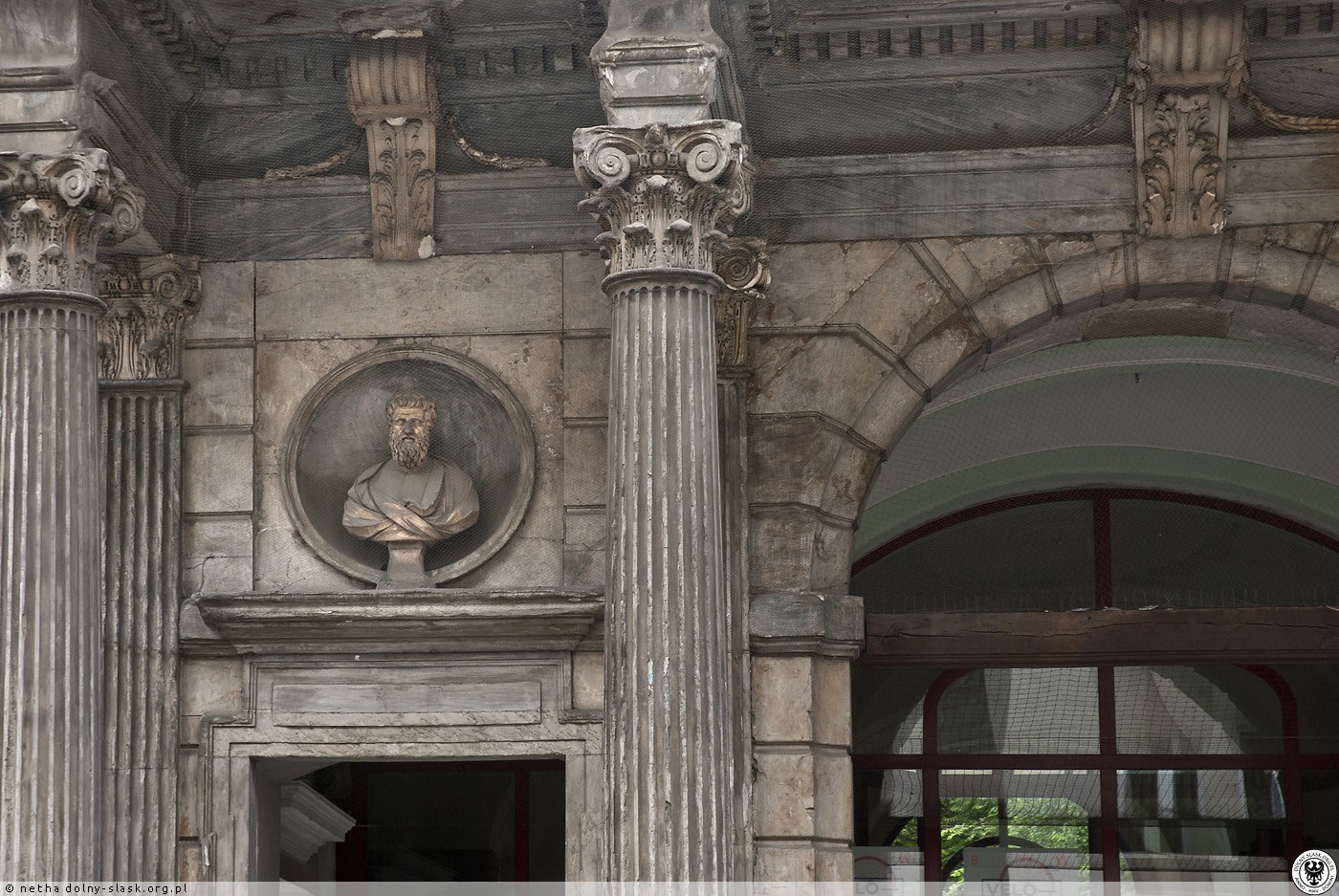 Originally completed in Baroque form in 1719, the palace was commissioned by Count Franz von Hatzfeld and was designed by the esteemed Silesian architect Christoph Hackner.polska-org.pl

According to Dr Jerzy Krzysztof Kos, an academic at the University of Wrocław, Canevale’s design “was undoubtedly a radical artistic novelty in the whole of Central European art”.

Though Langhans is said to have railed against Canevale’s French style, his objections were overruled, and he was instead entrusted with the design and decoration of the interior – from the form of the representative staircase right the way through to the selection of furniture and artwork.

To ensure nothing but the best, Hatzfeld funded Langhans to travel Europe so as to source and collect sculptures, books for the library, pieces of art and possible designs for the stairwell. 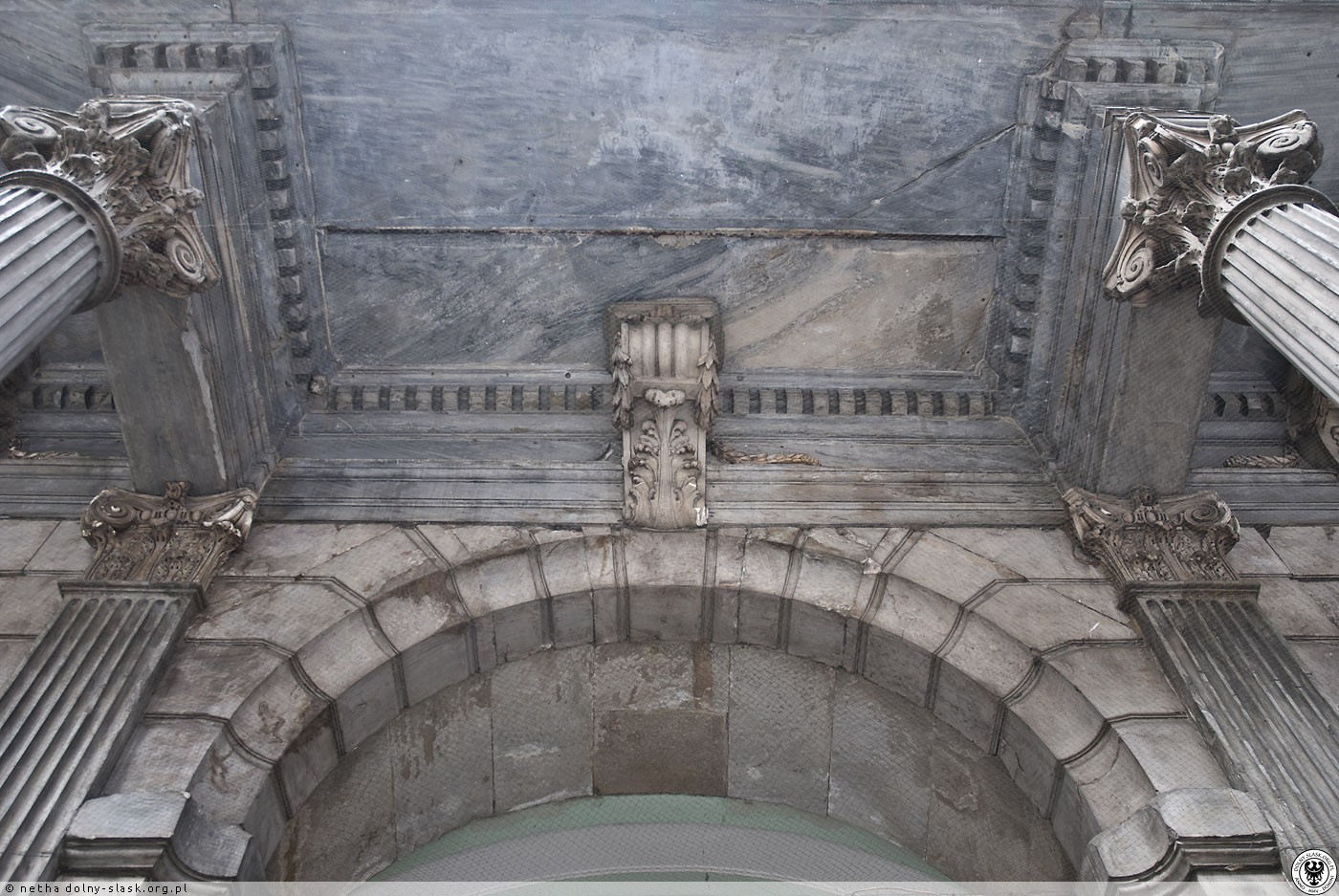 Much credit must be awarded to Frenchman Isidore Canevale who authored the principal design.polska-org.pl

Somewhat curiously, Langhans wrote back to his sponsor claiming that Venice held “nothing of interest for an architect.” But if Venice offered slim pickings, other destinations proved more rewarding – in Brno, for instance, the entrance to the Ditrchstein Palace is thought to have laid the seeds for what would come to be seen as one of the Hatzfeld Palace’s defining features.

Lauded as one of the largest residences in the entire region, the completed palace helped pioneer the Neo-Classical style in the city – and beyond – and was talked about across Europe.

Purchased by local authorities in 1802, thereafter it housed offices of the provincial and district powers, and even acted briefly as the home of Napoleon’s brother, Jerome. 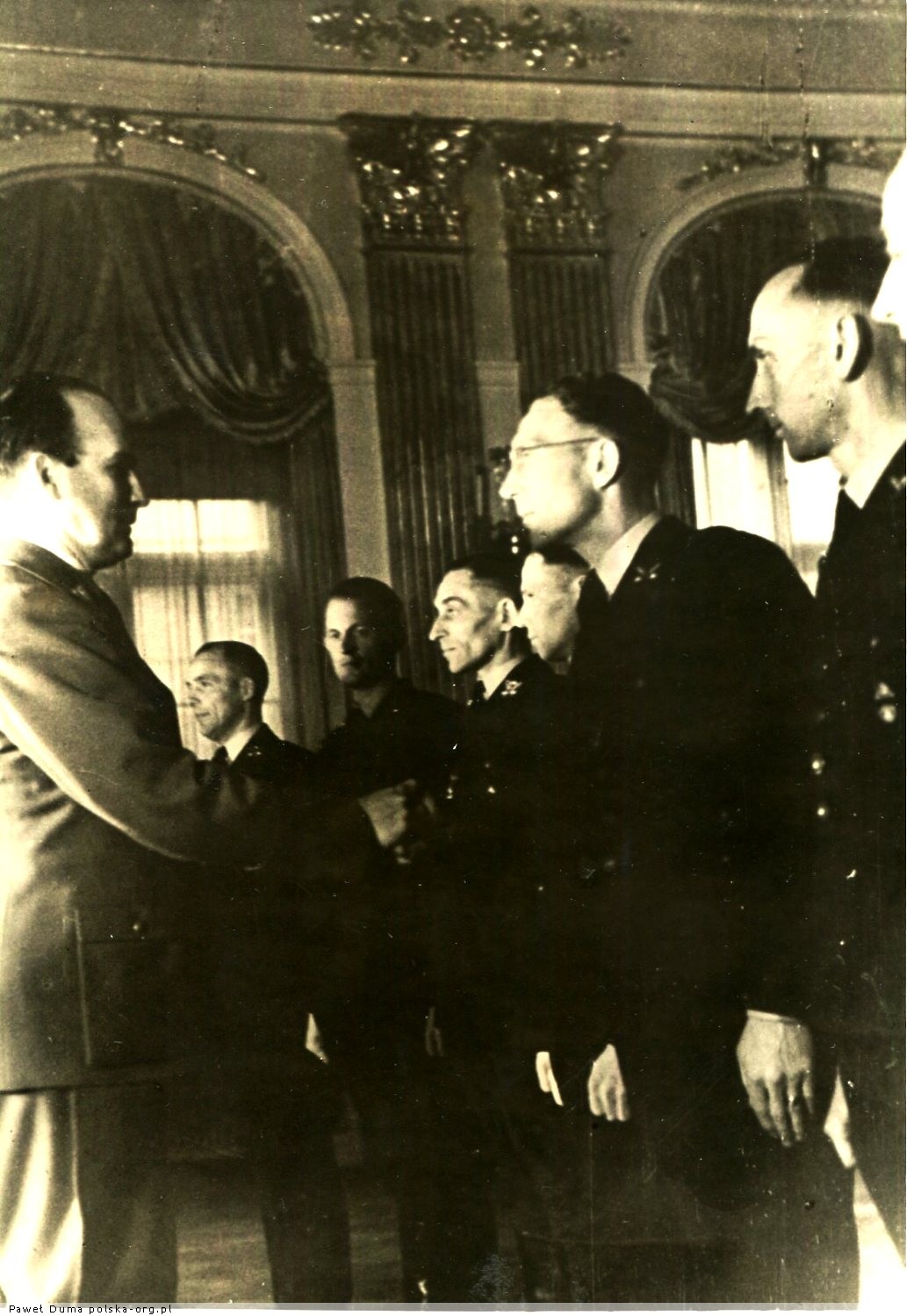 It would maintain official functions right through to the war when Gauleiter Karl Hanke used it as his formal seat of power.

A fervent Nazi, it was in here that Hanke received news on the radio that the Red Army had launched their major offensive of January 1945. Ultimately, it was this campaign that would lead Soviet forces to the city’s door and result in its widespread destruction.

Declaring the city – then known as Breslau – to be a closed fortress (Festung), it was on Hanke’s orders that Volkssturm units of old men and young boys were pitched into battle to resist the Soviet onslaught. 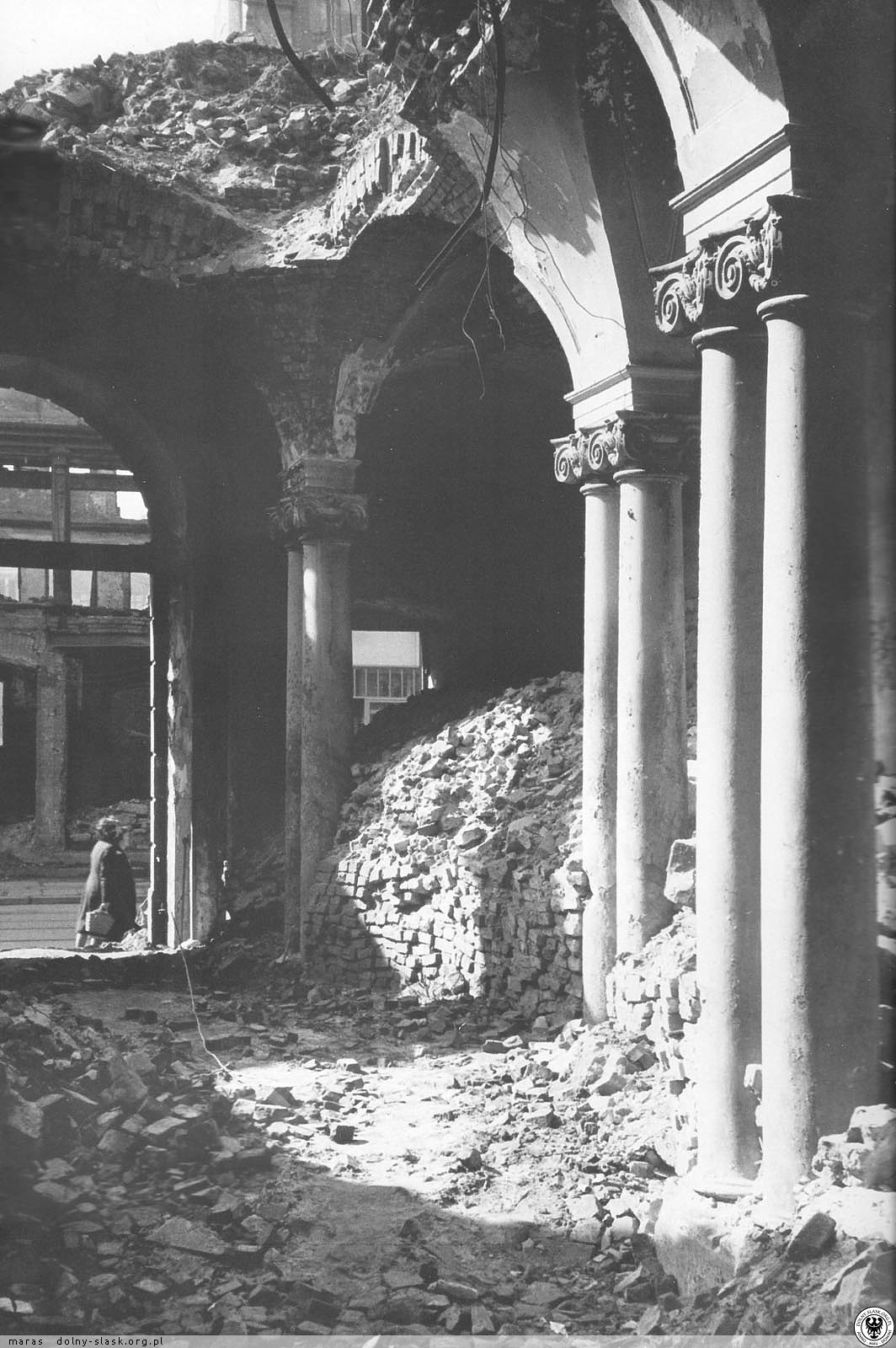 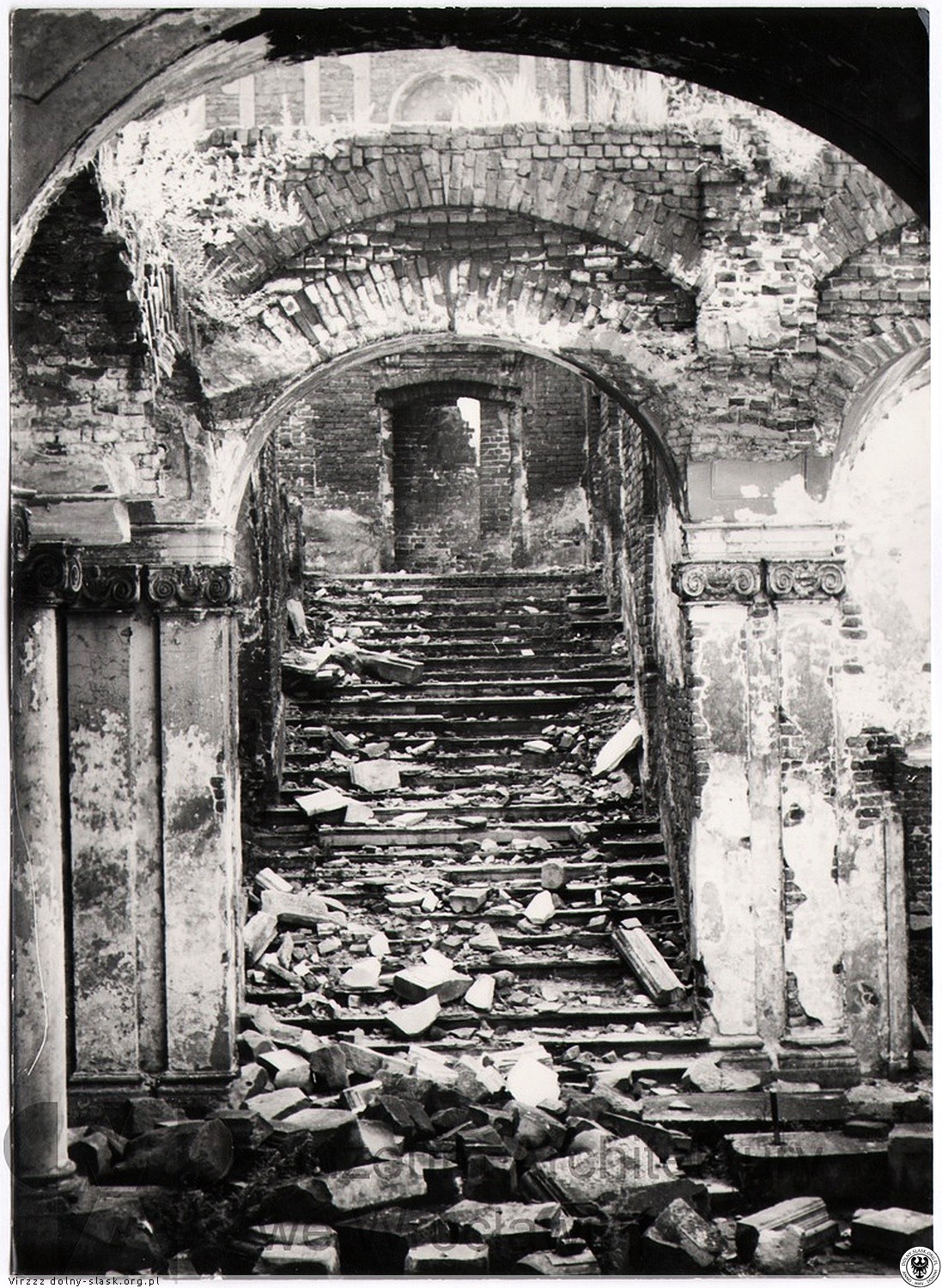 The palace sustained heavy damage during WWII, not least on Easter Monday, 1945, when it was hit by 21 bombs in the space of a day.polska-org.pl

It was ridiculously futile, yet Hanke resolutely stuck to his rabid ideology – Breslau would be defended to the last bullet. Speaking of the palace, he announced: “The Russians will never get this – I would rather burn it down.”

He need not have worried. Though the top floor had already been demolished to facilitate the firing of German artillery units positioned nearby, and to also prevent it being targeted by the Red Army, the palace sustained further heavy damage during the siege, not least on Easter Monday, 1945, when it was hit by 21 bombs in the space of a day.

Much like Hanke’s policies, it lay in tatters as Soviet forces circled the city. 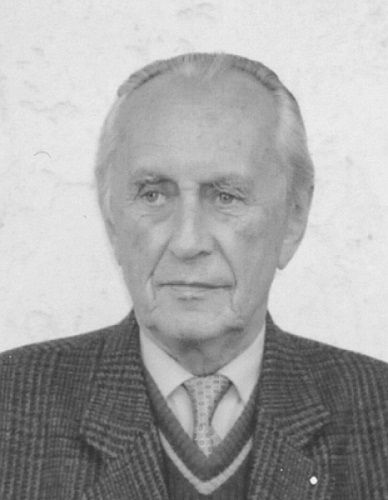 Edmund Małachowicz of the Conservation Board fought doggedly to save what remained of the palace.www.instytucja.pan.pl

Fleeing for his own life on the last plane out of the doomed city, Hanke is thought to have later been killed by Czech partisans. Even so, his fate remains foggy to this day.

The fate of the palace was more clear cut. Due to its associations with Hanke, calls for its reconstruction fell on deaf ears; moreover, its shattered masonry was needed for rebuilding of Warsaw.

Rapidly picked apart, little remained of the former stately home other than its grand entrance and hallway – in the years that followed, the surrounding fields of ruins were exploited by communist era filmmakers who used it as a backdrop for their war movies. 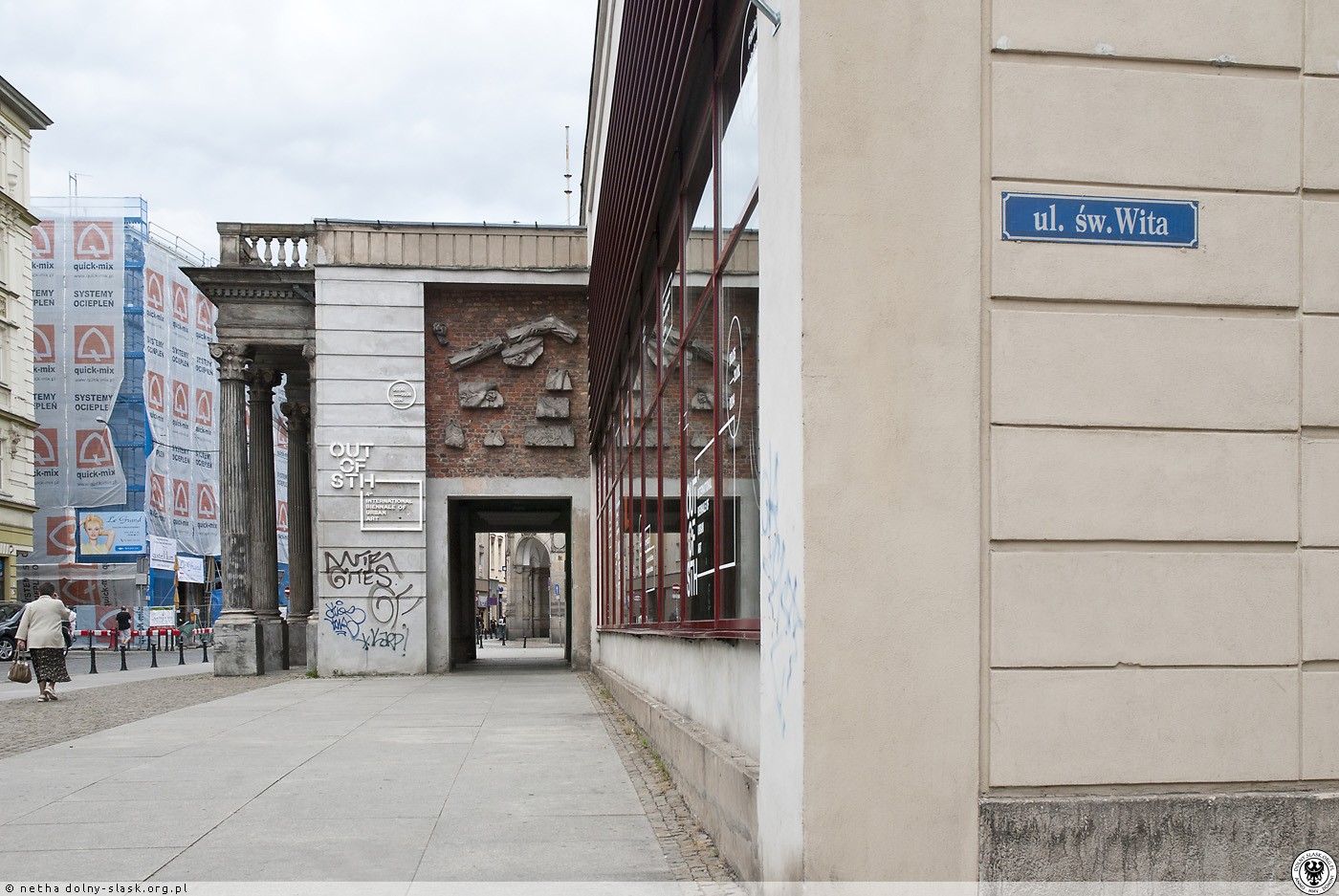 After the war the remains were turned in to the temporary home of the BWA Gallery, an avant garde space that incorporated the palace’s entrance into the modern building that sprung up around.polska-org.pl

Edmund Małachowicz of the Conservation Board fought doggedly to save what remained, even preparing plans for its resurrection.

Though these were never realized, when the rubble was cleared in the 1960s and 70s he did at least safeguard the surviving core elements: the portico, stairs, balcony and parts of the wall. As importantly, he also secured funding to adapt the site into an art gallery.

From his foresight the BWA Gallery was born, an avant garde space that incorporated the palace’s entrance into the modern building that sprung up around. Incongruously set against the palace’s entrance, this modern pavilion was never intended as a long-term solution, and as such recent years saw it fall into heightened disrepair. 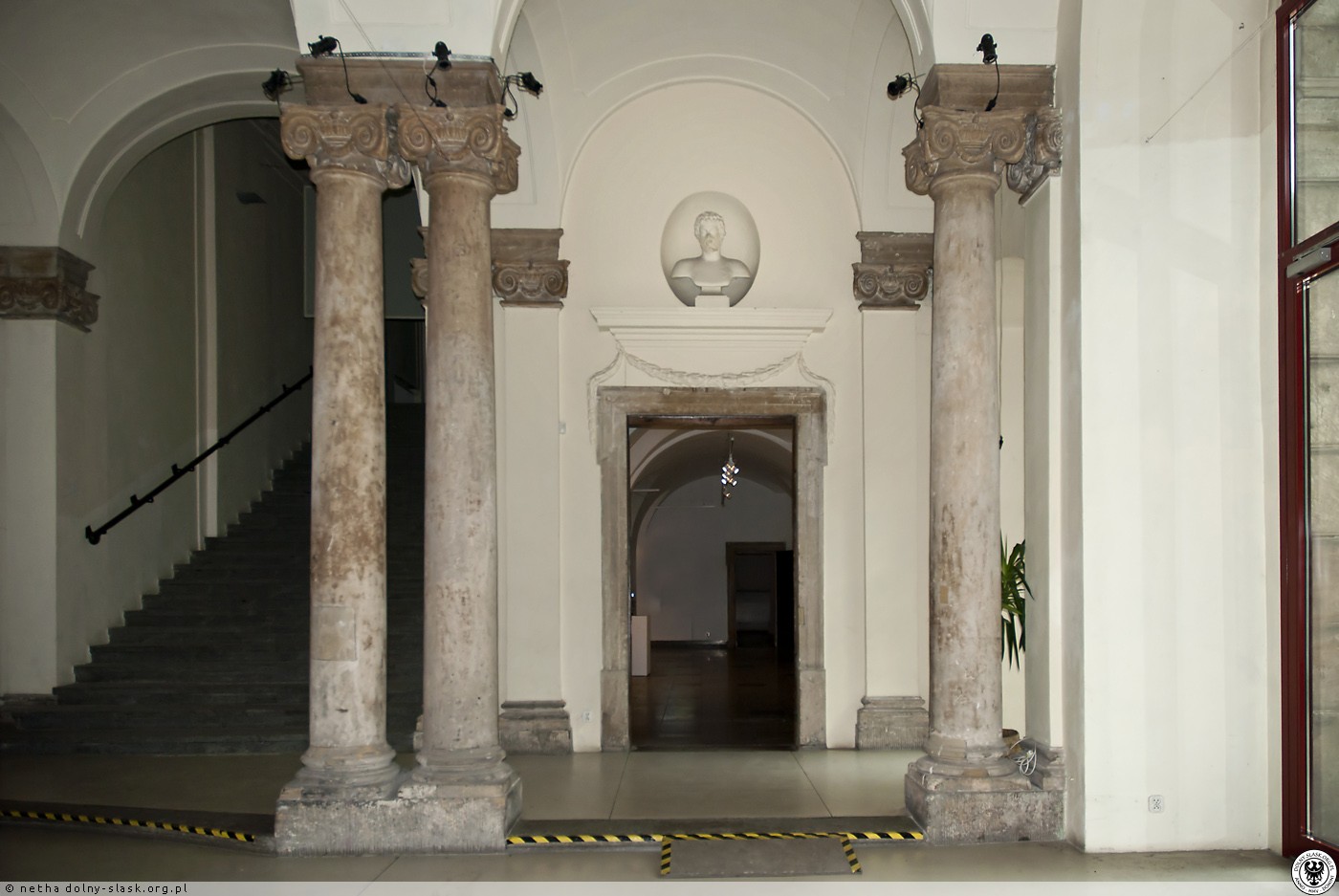 With the BWA vacating the space in 2018 to move into Wrocław’s train station, the Hatzfeld has found itself in dire need of rescue.polska-org.pl

With the BWA vacating the space in 2018 to move into Wrocław’s train station, the Hatzfeld has found itself in dire need of rescue.

A shortage of public funds has meant City Hall has now turned to the private sector to resuscitate the area with the spatial plan providing for the development of retail space, hotel, office and gastronomic facilities and cultural use.

Recognized as “a monument of history” since 1994, any future plans would have to protect the palace’s original elements.

Poland fears every scenario of Russia-Ukraine conflict is real