‘A pact of criminals’: commemorations mark anniversary of Molotov-Ribbentrop Pact

Opened yesterday ahead of today’s anniversary of the signing of the Molotov-Ribbentrop Pact, an outdoor exhibition in Warsaw has sought to shine a light on the treachery that would directly lead the world to war.

Negotiated over the course of the day, what had been marketed as a non-aggression pact actually contained a secret annex agreeing on the ‘spheres of influence’ both countries would gain. At the stroke of a pen, Poland’s fate was sealed, and the world condemned to six years of unprecedented horror.

Presenting different panels, the exhibition introduces the back story behind the Molotov-Ribbentrop Pact.  Paweł Supernak/PAP

With Nazi Germany unleashing its Blitzkrieg just over a week later, Poland’s collapse was sealed on September 17th when the Red Army poured across the eastern border.

In the face of overwhelming odds, Poland’s resistance was stubborn, but with the campaign’s grim outcome already abundantly clear, the country finally laid down arms on October 6th.

Critically, however, history has chosen to largely whitewash the Molotov-Ribbentrop Pact and the ensuing alliance between the Soviet Union and Hitler’s Germany.

Karol Nawrocki of the IPN, said: “The interwar period saw the birth of two states built on the same foundation . . . of hatred towards certain social classes or ethnic groups, and of constant drive for expansion.”Paweł Supernak/PAP

To borrow from the words of historian Roger Moorhouse, “the Nazi-Soviet Pact still barely features in the Western narrative; passed over often in a single paragraph, dismissed as an outlier, a dubious anomaly, or a footnote to the wider history. Its significance is routinely reduced to the status of the last diplomatic chess move before the outbreak of war, with no mention made of the baleful Great Power relationship that it spawned.”

Continuing, Moorhouse says: “Under its auspices, Hitler and Stalin found common cause in destroying Poland and overturning the Versailles order. Their two regimes, whose later conflict would be the defining clash of World War Two in Europe, divided Central Europe between them and stood, side by side, for almost a third of the conflict’s entire timespan.”

Together with sharp images and insightful texts, emphasis is placed on the criminal endeavours jointly carried out by Stalin and Hitler.Paweł Supernak/PAP

This was not, says Moorhouse, merely some ‘tactical slip’: “It was followed up by a succession of treaties and agreements, starting with the German-Soviet Border and Friendship Treaty of 28 September 1939, whereby Poland was divided between them and both sides vowed not to tolerate Polish “agitation” on their territory.

“Thereafter, across two expansive economic treaties, they traded secrets, blueprints, technology and raw materials, oiling the wheels of each other’s war machines. Stalin was no passive or unwilling neutral in this period, he was Adolf Hitler’s most significant strategic ally.” 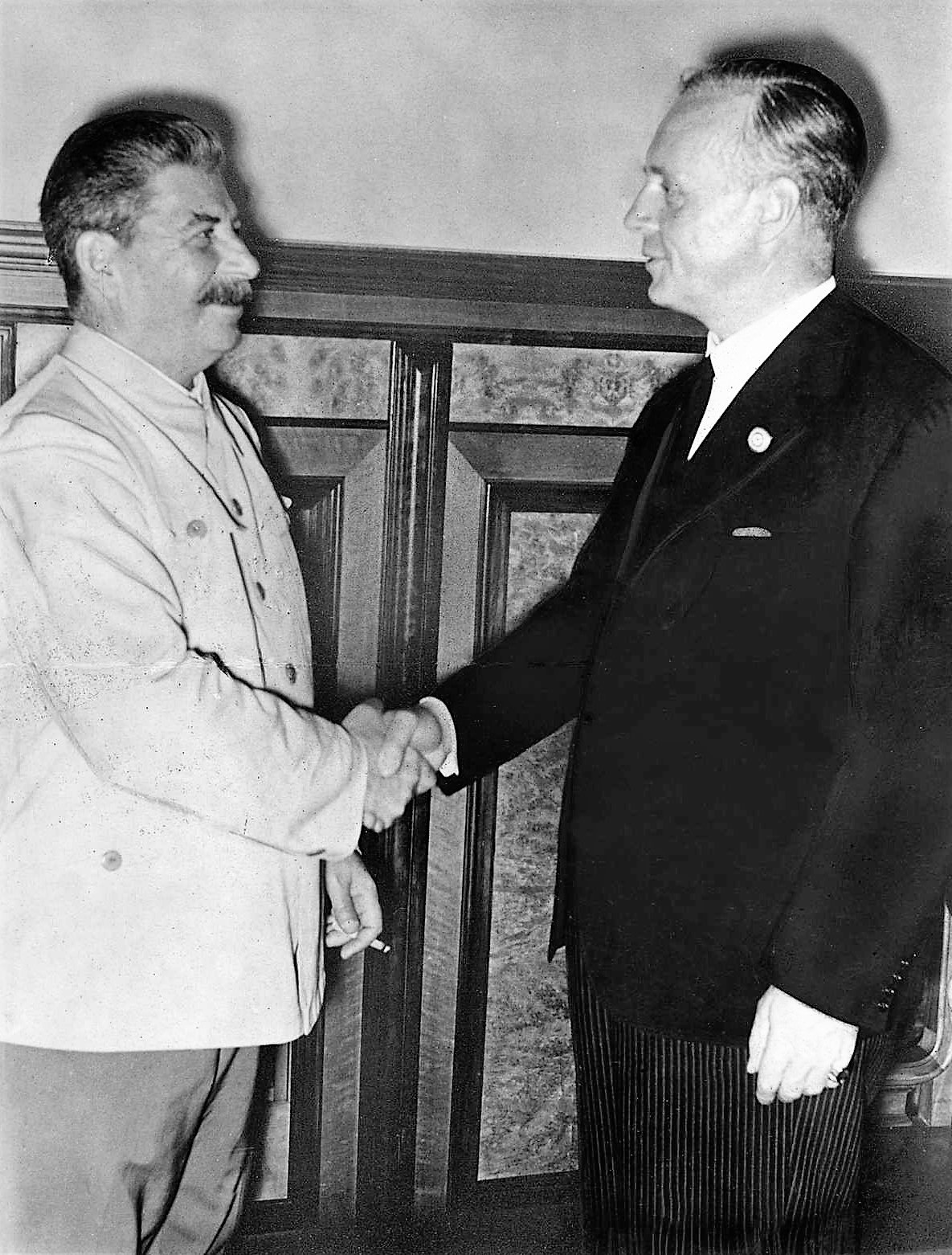 Though ultimately double-crossed by Germany themselves, it is this dual responsibility that the outdoor exhibition in Warsaw’s Hoover Square aims to highlight.

Speaking at its opening, Karol Nawrocki of the Institute of National Remembrance (IPN), the organisers of the exhibition, said: “The interwar period saw the birth of two states built on the same foundation . . . of hatred towards certain social classes or ethnic groups, and of constant drive for expansion.

“Two kingdoms emerged - one to carry the revolution abroad and the other to gain the Lebensraum - and these two, the Soviet Union and the German Reich, were the realms of disdain, propaganda, lies and death.” 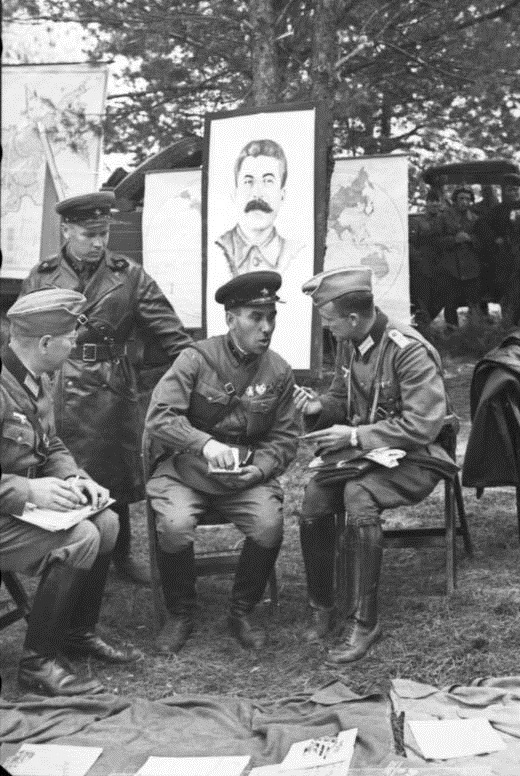 Presenting different panels, the exhibition introduces the back story behind the pact, as well as the motivations and key characters behind it.

Together with sharp images and insightful texts, emphasis is placed on the criminal endeavours jointly carried out by Stalin and Hitler. Pertinently though, we are reminded that whilst Hitler and his assorted cronies paid for their demented vision with their lives, Soviet top brass never answered to their crimes. 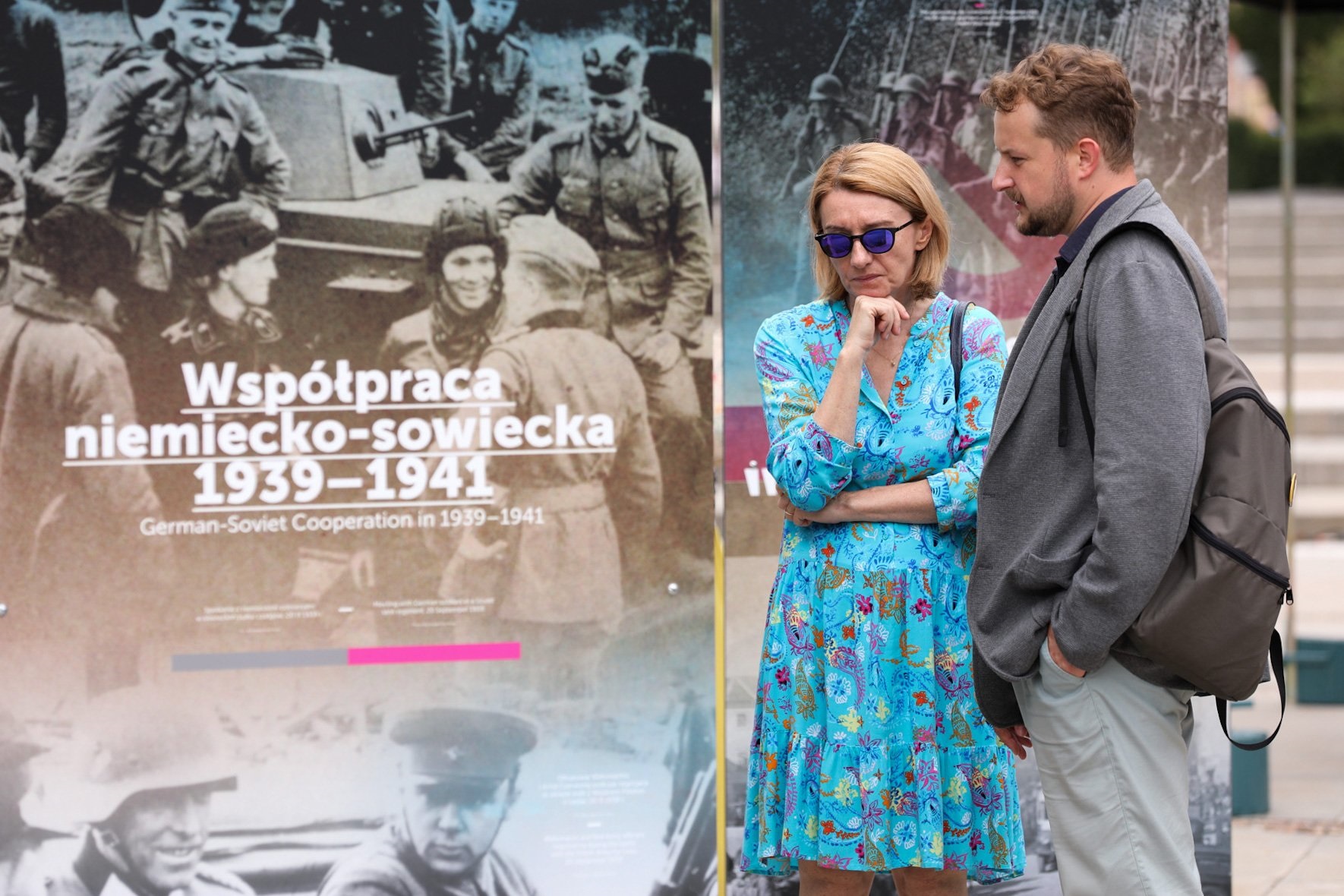 The exhibition reminds that for two-years the Soviet Union stood as Hitler’s most significant strategic ally. IPN

Although slowly, public knowledge is changing. Since being proclaimed in 2008, August 23rd has been designated as being The European Day of Remembrance for the Victims of Totalitarian Regimes.

Officially marked in Warsaw for the first time in 2011, ceremonial commemorations have since spread to countries such as Hungary, Estonia, Lithuania and Latvia.

According to the IPN: “The current Russian attempts to rehabilitate the German-Soviet agreement of 1939 and silencing its long-term tragic consequences are nothing more than an attempt to falsify history and defend the policy of totalitarian regimes – the victims of which were not only Poles, Jews, Lithuanians, Latvians, Estonians, Romanians, Finns, Ukrainians, Belarusians and many other nations, but also Russians themselves.”