A march made in heaven: When Mateusz Koszela took his girlfriend Aneta to Warsaw for Independence Day she had no idea what was about to happen next

For Aneta Chrin, going to Warsaw on Independence Day was a big enough event. Poland was celebrating 100 years of independence and the streets were buzzing with national pride.

But she wasn’t prepared for what happened next.

At approximately 15.30 while the first group of marchers including the main government delegation were approaching Poniatowski Bridge, in an impassioned rush of patriotic and romantic fervour, Mateusz took her hand and dashed out in front of stunned ministers. Mateusz got down on his knee and declared solemnly to Aneta: “As Independent Poland is my witness, will you be my wife?”

As if this were not enough of a break from the carefully orchestrated celebrations, prime minister Mateusz Morawiecki broke away from the ranks of his fellow ministers to speak to the cheeky couple. 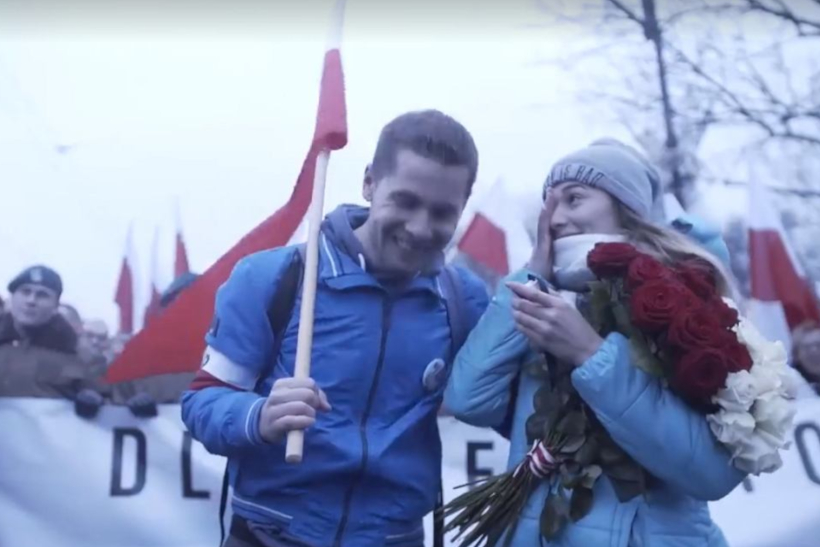 When asked if they would be inviting the PM to the wedding, Mateusz told TFN: We will definitely send him an invitation, but I’m sure he will be too busy to attend.Kancelaria Prezydenta / Facebook

Mateusz, 25, a football academy coach from Poznan, told TFN: “Of course, Anetka said yes. But to be honest, I have no idea what the prime minister said to us because we were overcome with the whole emotion of the engagement and where we did it. I’m sure he congratulated us or something like that.”

Although to those who witnessed the romantic gesture, it may have seemed like a spontaneous expression of love, the truth was rather different.

“I’d been planning it for some time, but then when the march was cancelled everything was ruined. It was great, therefore, that the march finally went ahead,” he explained.

With the march back on, the last hurdle was how to break through the tight security cordon surrounding the VIP group of marchers. 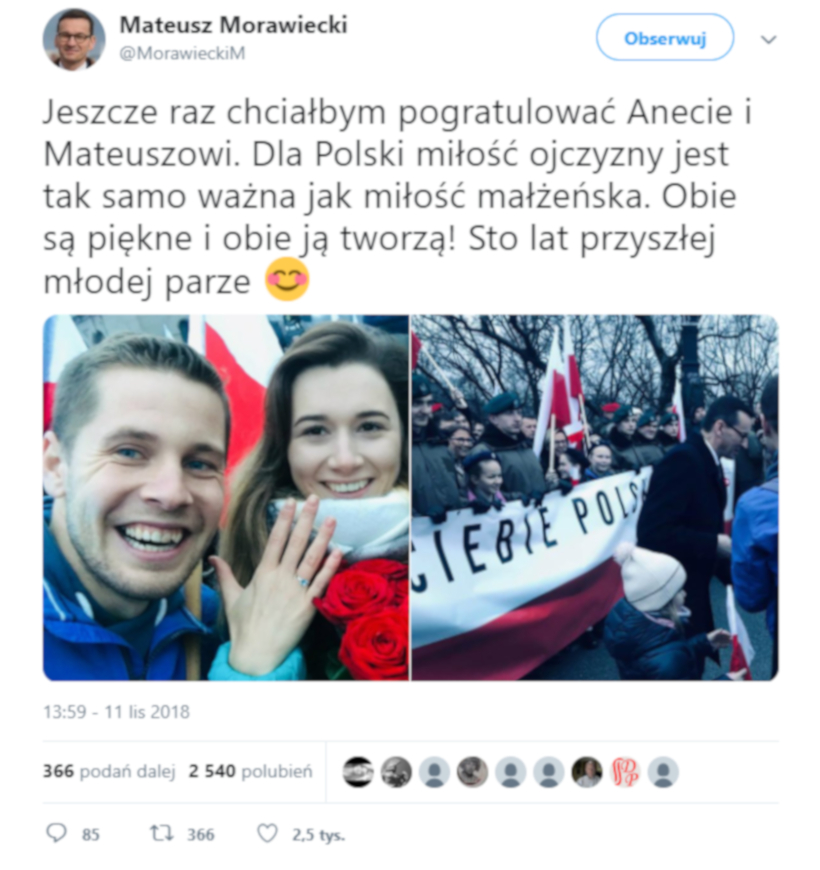 In a touching gesture, later that evening the prime minister posted a photo of the happy couple on Twitter with the words: I would once again like to congratulate Aneta and Mateusz. For Poland, love for the homeland is equally as important as marital love. Both are beautiful! Best wished to the happy couple.Twitter

“I decided to see if the idea of 7 degrees of separation, that we are all only 7 contacts away from anyone in the world, would work.

“I soon got in touch by phone with Michał Dworczyk from the prime minister’s office,” Mateusz enthused.

“We walked alongside the main group of ministers for a while and then Michał Dworczyk said that the march was going to halt and we have ten seconds to do the proposal,” he added.

In a touching gesture, later that evening the prime minister posted a photo of the happy couple on Twitter with the words “I would once again like to congratulate Aneta and Mateusz. For Poland, love for the homeland is equally as important as marital love. Both are beautiful! Best wished to the happy couple.” 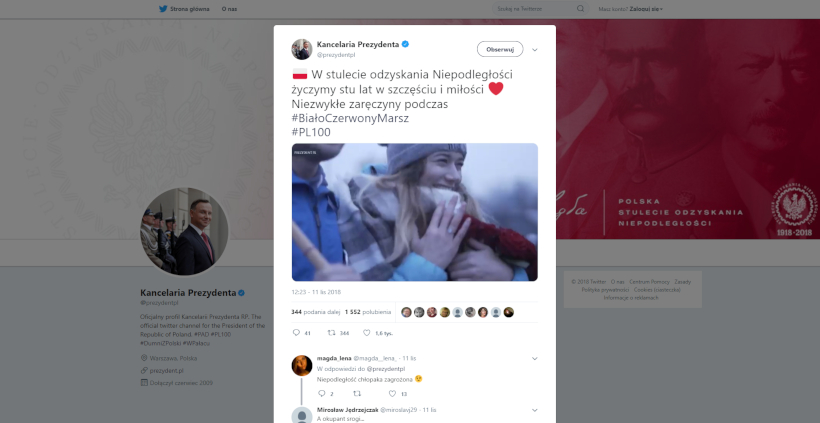 To make such a special day even more unforgettable, the president’s office shared a short video of the couple on its Twitter account taken seconds after their betrothal, accompanied by the message “On the one hundred year anniversary of regaining independence, we wish you one hundred years of happiness and love. An extraordinary engagement during the Red and White March.”

Mateusz and Aneta, a cosmetics student also from Poznan, are not planning a quick wedding. “We not going to rush into anything, there is a lot to think about,” Mateusz said.

The big question is whether Prime Minister Morawiecki will be invited to the wedding. “We will definitely send him an invitation, but I’m sure he will be too busy to attend,” Mateusz concluded wisely.

The Fab Four getaways to look forward to in 2021