A head-forward plunge into unrestrained luxury, there is nothing about K22 that doesn’t leave you in awe

In the interests of maintaining what has become a recent tradition, it’s important I begin this column by emphasizing the challenges that a pandemic presents a journalist whose forte supposedly lies in writing about travel: this week I haven’t left my street, let alone the city.

Travel? The furthest I’ve been is to Żabka for smokes. So yeah, I’m kind of left with two choices: either to tell you about my cigarette habit or embark on a foxtrot down memory lane. 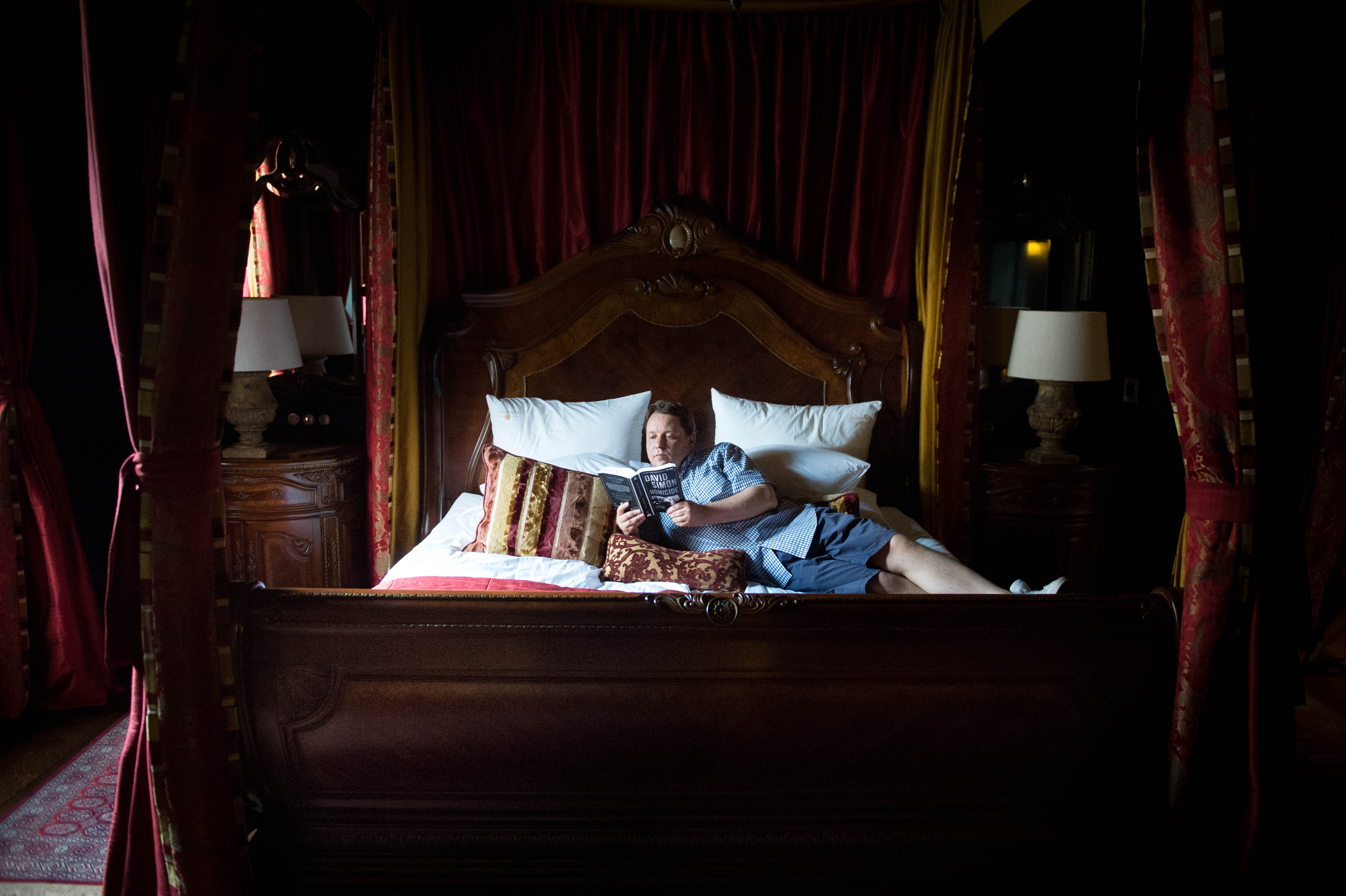 My bed for the night is a wood-carved four-poster with heavy scarlet drapes.TFN

I’ll go with the latter.

Now one thing I need to clear up before going further, is that the job itself isn’t as glam as it sounds. For all the highs, there’s also shattering lows that leave you staring into the bottom of a bottle. And usually, those moments rotate directly around the hotel you end in. 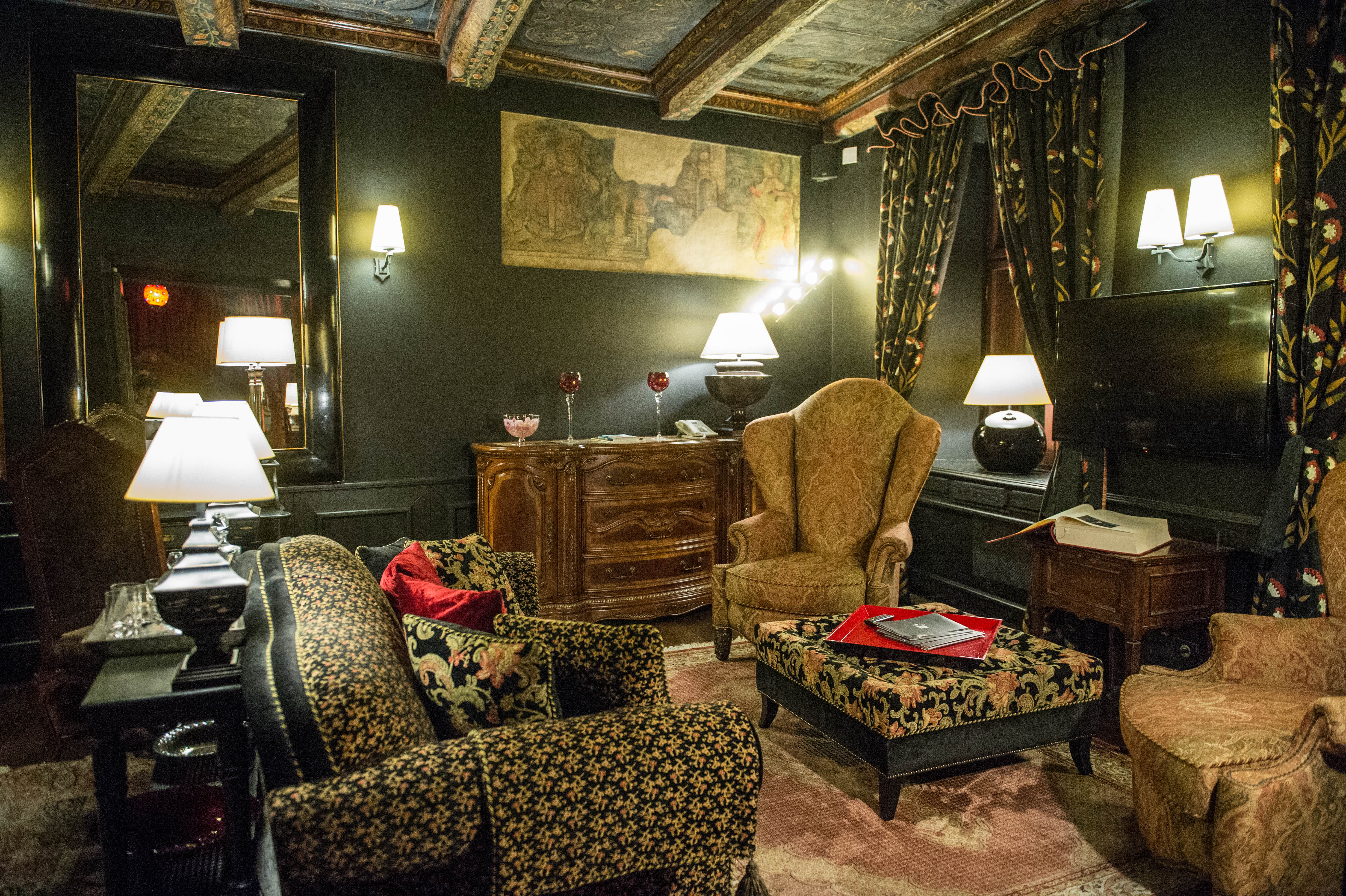 The Royal Suite is a stunning work of art that’s all 17th century ceilings and voluptuous fittings: handwoven tapestries; plush armchairs; towering floral arrangements; and gleaming decanters that glow and glimmer in the far, distant reaches.TFN

I physically shudder at the memory of Wrocław, circa 2002, when I was woken by a drunk Latvian ice hockey team as they barged into my room to be sick in the sink. “Sorry, wrong room,” was the excuse they provided. No kidding.

Then there was Bratislava, where a loft apartment transpired to be an unlit attic crawl space accessed up a rope ladder. When I went to the bathroom downstairs, I found a naked French dude looking soapy in a tub and tooting on a flute. “Bonjour,” he said, as if I were expected.

Fortunately, the good times outweigh the bad, and there are moments when the hotel I’ve chosen becomes a destination in itself – and in that respect, I can’t think of a more indulgent stay over the last few years than a jaunt down to Kraków to check Kanonicza 22. 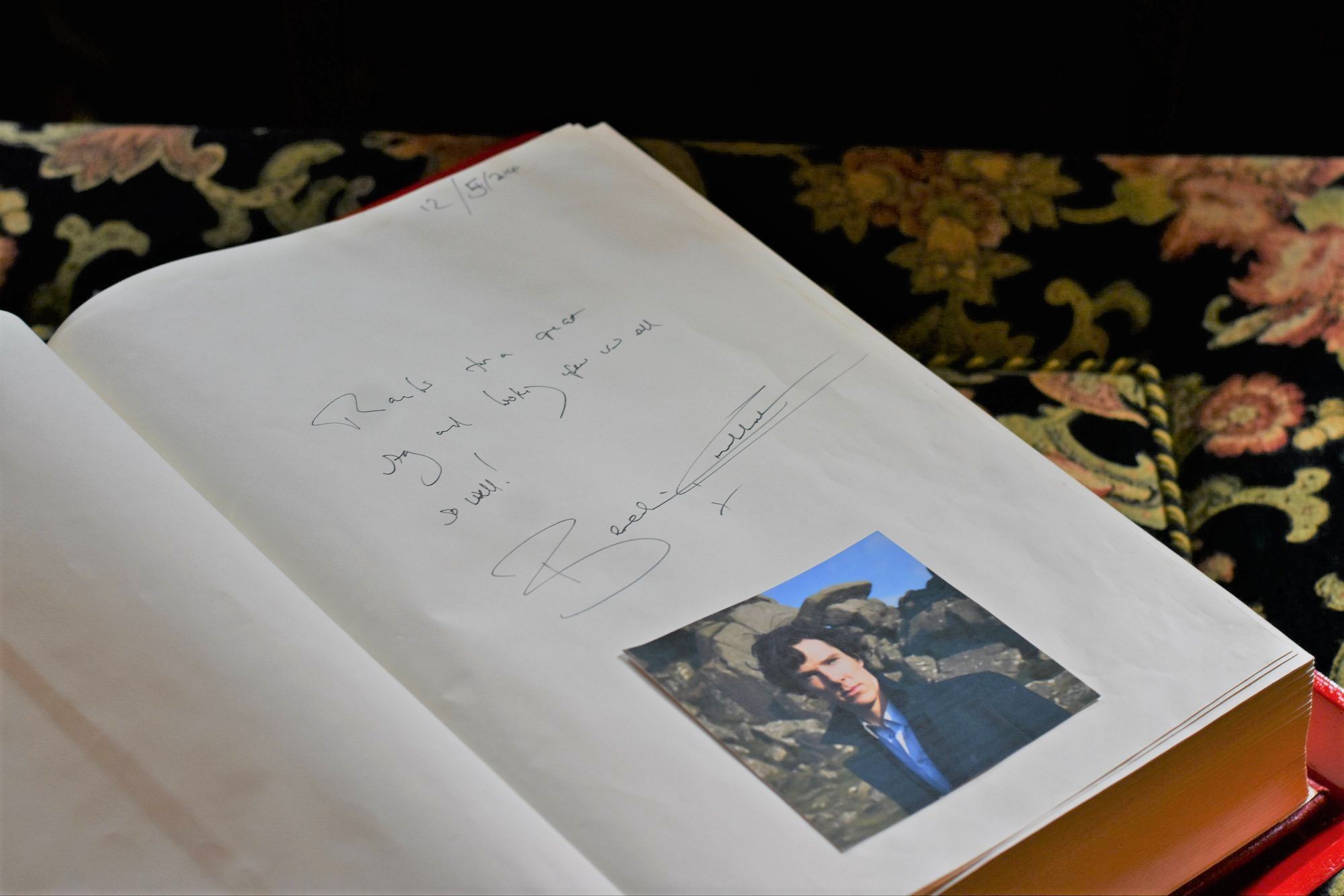 As someone who tends to avoid the city’s old town, even I have to confess a love for this street. Following a gentle curve, and opening out at the mouth of Wawel Castle, ul. Kanonicza is one of the town’s big joys – a fairy tale ensemble of crested, coloured tenements that are centuries old. Lined with busy restaurants, it’s a pleasure to just loll on the pavement terraces and listen to the busking violinists play under indigo evening skies.

But there is another draw when it comes to Kanonicza, and that’s a hotel named after its address: Kanonicza 22. Entered via their Michelin-listed restaurant, Pod Nosem (itself a grand, operatic venue serving modern Polish fare), there’s just three rooms to pick from, a point that adds to that sense of staying somewhere special.

And yes, you really are. Zipped up in a glass elevator, stout double doors open to reveal the digs for the night – in my case, the Royal Suite, a stunning work of art that’s all 17th century ceilings and voluptuous fittings: handwoven tapestries; plush armchairs; towering floral arrangements; and gleaming decanters that glow and glimmer in the far, distant reaches. I am lost for words. 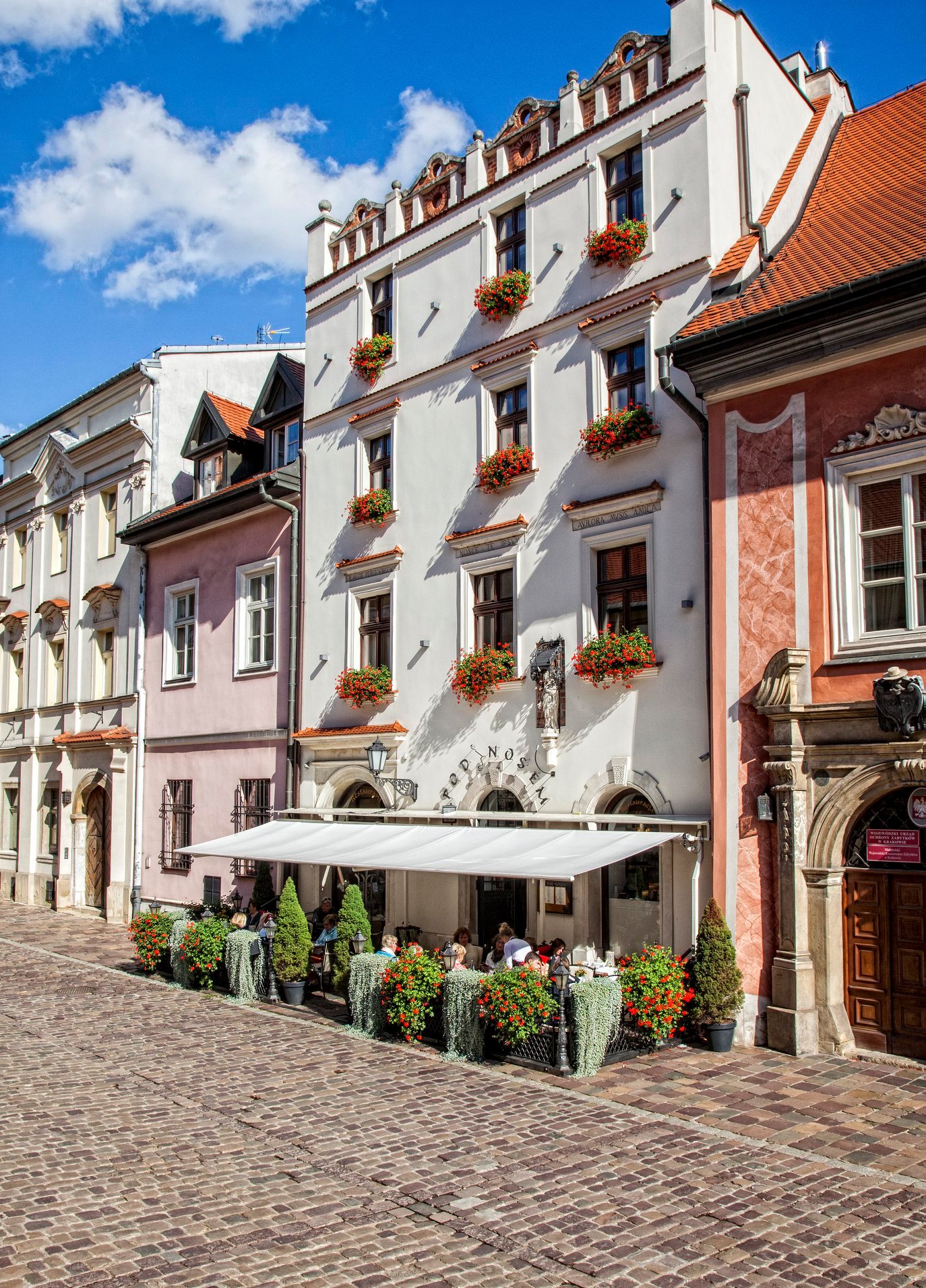 Entered via their Michelin-listed restaurant, Pod Nosem (itself a grand, operatic venue serving modern Polish fare), there’s just three rooms to pick from, a point that adds to that sense of staying somewhere special.Kanonicza 22

But this is just the ‘living space’. Through another set of doors stands my bed for the night, a wood-carved four-poster with heavy scarlet drapes, while through another, a mirrored black-on-black bathroom that feels rock star in its swagger.

Venturing back to the lounge to pour myself a whisky and consider my greatness, I ponder a guestbook that exposes some of the past guests that have slept here: Jim Carrey; Depeche Mode; Hans Zimmer. Not bad company that I keep, I think to myself, as my gaze falls on a signed snap of Benedict Cumberbatch.

Later, I learn that he stayed here while filming Sherlock, and certainly, the room slots perfectly in key with the atmosphere of the show: sumptuous and extravagant on the eye, it’s aesthetically arousing in the most powerful way. 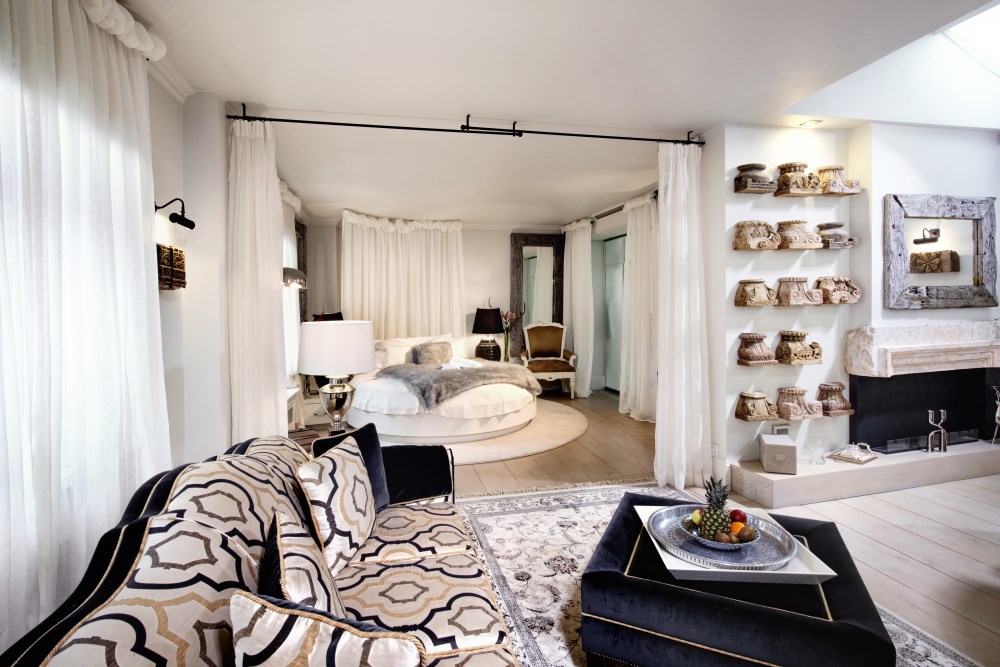 At the very top rests the Emperor Suite, a 100 sq/m open-plan room that, in contrast to mine, is all brightness and light and bathed in crystal white shades and adorned with chunks of 14th century masonry.Kanonicza 22

Eager to see what other secrets K22 might divulge, I pressgang a waistcoated member of staff to show me the rest. A top-to-bottom tour is undertaken, starting first in a tight stone cellar brimming with rare spirits and vintage wines and petrifying gargoyles holding candles aloft. Squinting a little, I can practically picture Alister Crowley using this space to conjure something wicked.

At the very top, meanwhile, rests the Emperor Suite, a 100 sq/m open-plan room that, in contrast to mine, is all brightness and light. Bathed in crystal white shades and adorned with chunks of 14th century masonry, I’m led up a spiral stairwell to a rooftop with an open air hot tub with views onto Wawel – so close is the castle, you feel you could reach out and touch it.

Staggered, I plead with my guide to come up here later for a moonlit tipple (happily, he consents). 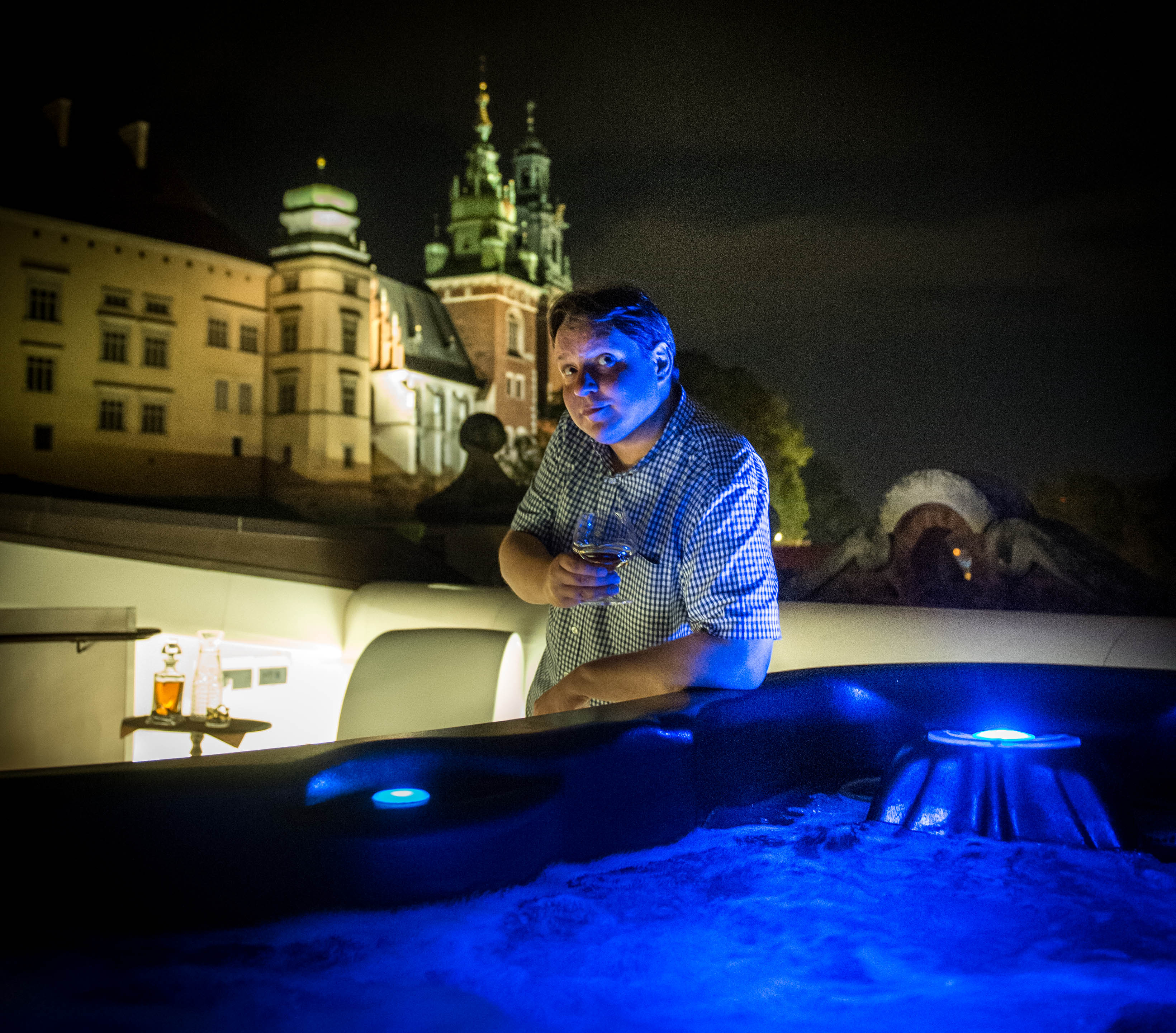 A stairwell leads to an open air hot tub on the rooftop with a bar and views of Wawel castle. I later come up here later for a moonlit tipple.TFN

A head-forward plunge into unrestrained luxury, there is nothing about K22 that doesn’t leave you awed. I’d happily stay and never exit the door.

To my chagrin, however, I’ve travelled with a photographer. Staying in separate accommodation (itself touting a private rooftop spa), I find myself concerned when he fails to answer his phone. Repeatedly. As the day proceeds, my concern rises to panic and I do what no sane person would do in a similar situation: I assume that he’s dead.

Rushing over to his lodgings, I persuade a reluctant receptionist to open his door (“I think someone has DIED!”), and then conduct a SWAT like check of every nook and crevice (“Clear!”). Satisfied that he hasn’t drowned or toasted himself to death in the sauna, I retreat back whence I came, to wallow in the glories of K22. 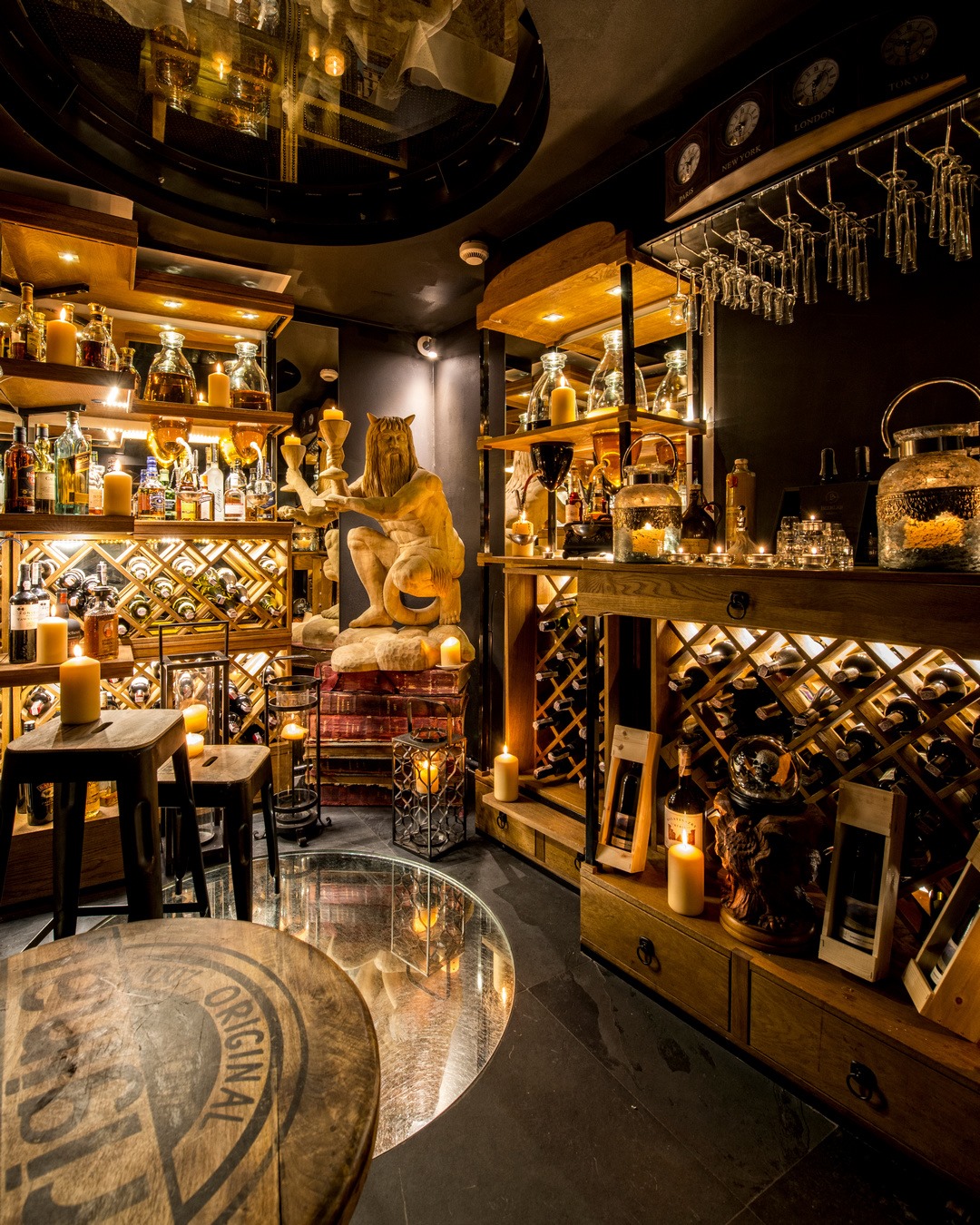 Almost Tsarist in its splendour, it is without fail the most pampered I’ve felt since the days I wore nappies. It’s just beautiful; a visual feast in the most complex of ways.

Of course, none of this comes cheap, but I do offer a happy ending – where once the privileges of K22 would have started off at a whopping 2,500 złotys per night, today’s reality means that prices have been trimmed by well over half. Still not cheap, but a bargain for what it is. 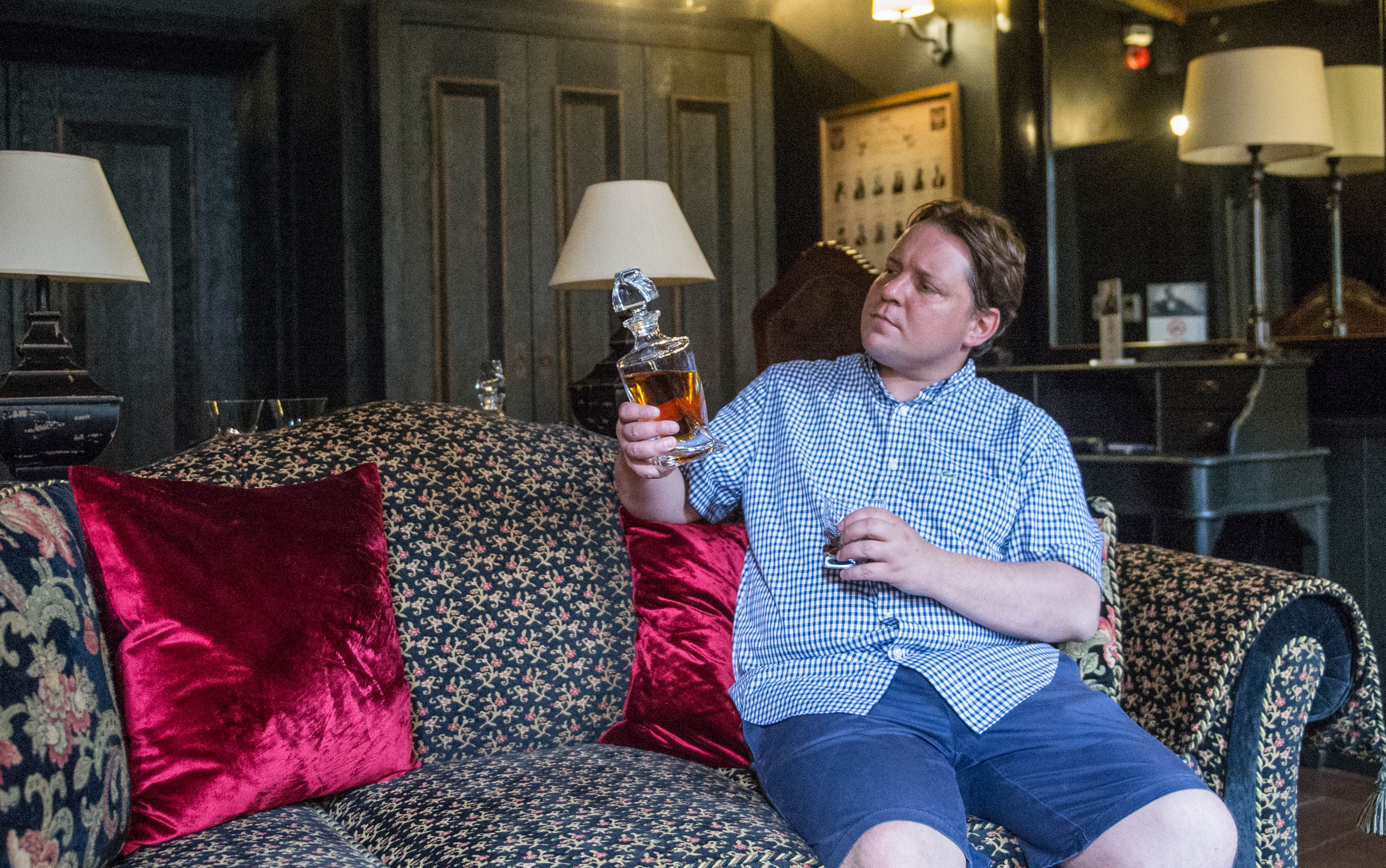 K22 doesn’t come cheap, but it is without fail the most pampered I’ve felt since the days I wore nappies. It’s just beautiful; a visual feast in the most complex of ways.TFN

And speaking of happy endings, you might enquire as to the fate of the photographer.

I found him later that night surrounded by empties in the furthest recesses of some grotty pub. 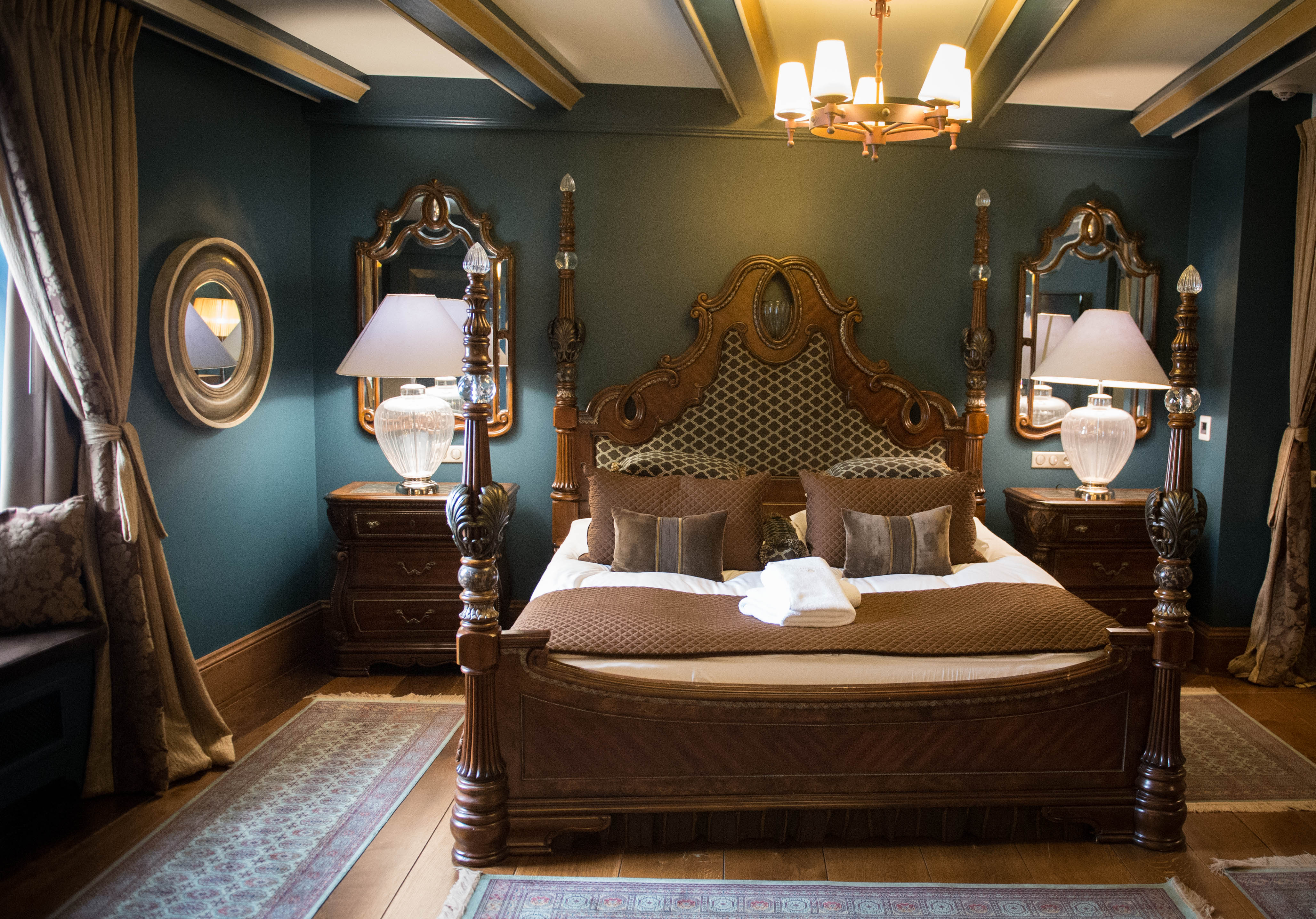 With just three rooms to pick from, it’s this point that adds to the sense of staying somewhere special.TFN

“There you are! I figured you’d check here – my phone ran out so I thought I’d get some drinks in. You weren’t worried were you?”