After many failed and tragic attempts, on May 29th, 1953, New Zealander Edmund Hillary and Sherpa Tenzing Norgay reached the top of Mt. Everest. Twenty five years later, the first Pole to achieve this feat was Wanda Rutkiewicz, followed by 40 of her countrymen. Last week, 34-year-old Bogumiła Raulin became the 41st Pole to stand on top of the world’s highest peak and the youngest.

Wanda Rutkiewicz summited Everest on October 16th, 1978 becoming the first woman from Europe and the third in the world to do so. She was a pioneer and a maverick, known for riding a heavy Junak motorcycle, being the first woman to reach the top of K2 without oxygen and having an unwavering spirit. She was last seen while attempting to climb Kangchenjunga (Nepal) in 1992. Her body has never been found.

Her impressions from the summit of Mt. Everest were deeply moving: “I felt a funny pressure in my stomach. I was afraid I would fall and no one would notice. All of a sudden I had no more air. I tore off the oxygen mask… At that moment nothing could stop me. People are capable of much more than they realize. I stood on the highest point of the Earth. I was so happy… When I looked around, I thought I was able to see the curvature of the globe. What mattered the most to me, was that I was the first person from Poland to climb Everest – and on the same day when Karol Wojtyła became  Pope. But this wasn’t only about me. Everyone has their Everest to climb. My success was the proof, that anyone can achieve their goals.”

Since 1978, it has taken 29 expeditions for 41 Polish alpinists to successfully summit Mt. Everest, though the failed attempts are much more numerous. The most notable successes, apart from the Wanda Rutkiewicz’s amazing feat were: Leszek Cichy and Krzysztof Wielicki completing the first winter ascent in 1980, Marcin Miotk being the first Pole to reach the peak without oxygen in 2005, while Ryszard Pawłowski holding the Polish record for climbing the mountain the most times - five! 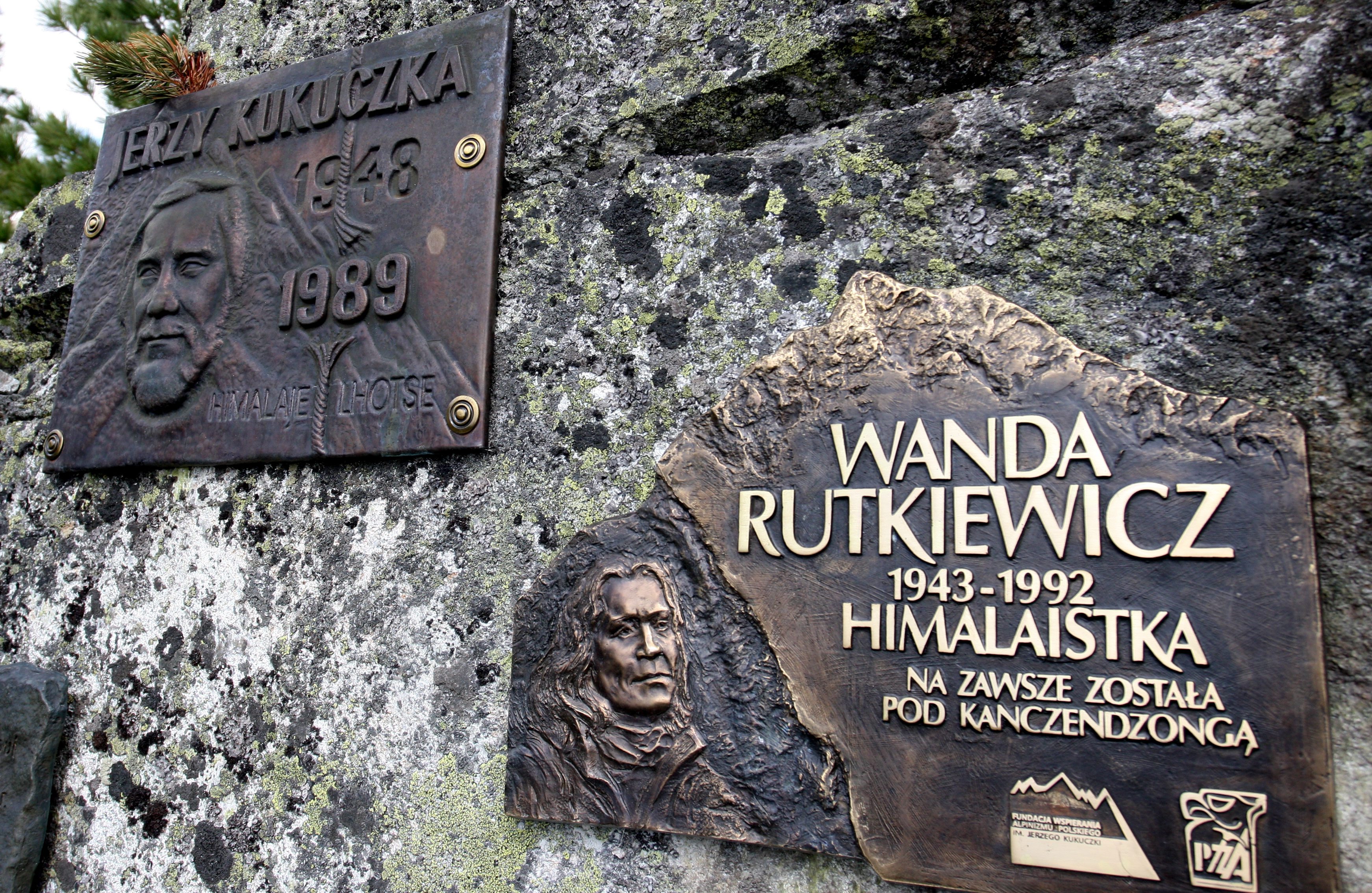 A plaque commemorating Wanda Rutkiewicz, one of the most outstanding Polish Himalayan climbers.

Women, women on the wall: new murals celebrate the lives and achievements of three pioneering women

Forty years ago, Wanda Rutkiewicz became the first Polish woman to climb Everest. And then she disappeared in the Himalayas