4X4: skeleton of dinosaur dug up in Silesia indicates ancestors of dinosaurs were four legged, not two

Dinosaurs belong to the same evolutionary line as birds. It separated from the crocodile line during the Triassic period (250 million years ago). The main difference is locomotion – the way the animals moved and its effect on their habits. Both groups started with limbs facing to the side and gradually pulled them under their bodies. 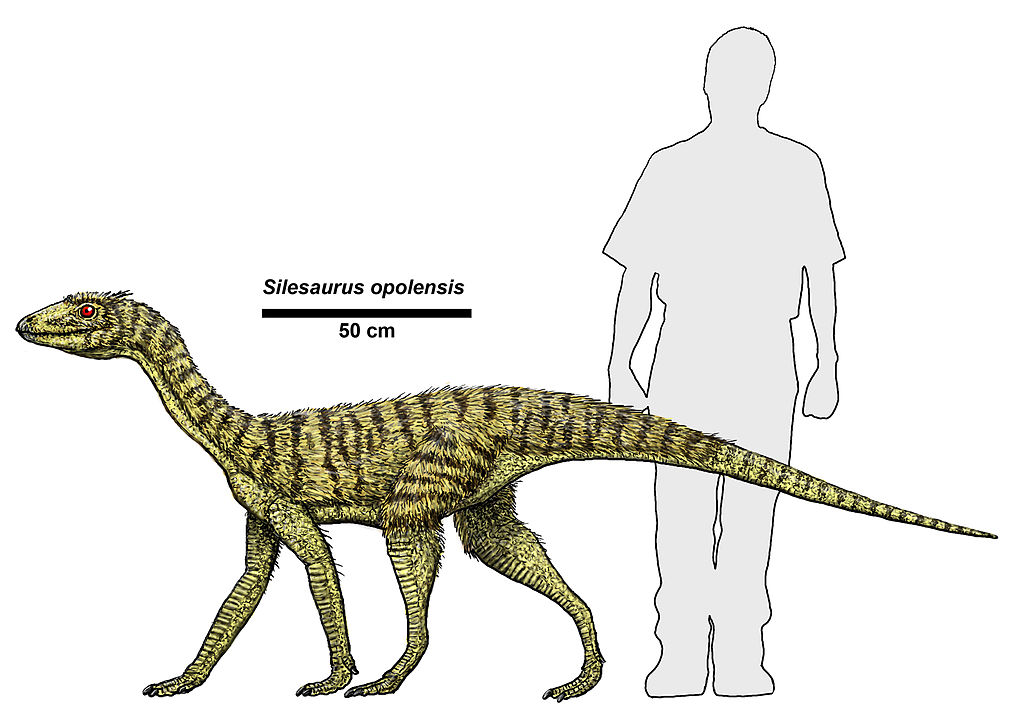 The crocodile line didn’t bend its femur, but some of its members turned their hip joints down. The direct ancestors of dinosaurs gradually bent their femur so that they entered laterally into the hip. These creatures started to run only on two legs and they won the evolutionary race.

The scientists from Warsaw University analysed the movement of early dinosaurs, such as the Silesaurus opolensis discovered in Krasiejów near Opole in 2003, as well as comparing them to the early evolution of the bird line. The Silesaurus, which lived 230 million years ago, doesn’t resemble any other known pradinosaurs. It is characterized by long and slender forelegs and was reconstructed as a four-legged creature. 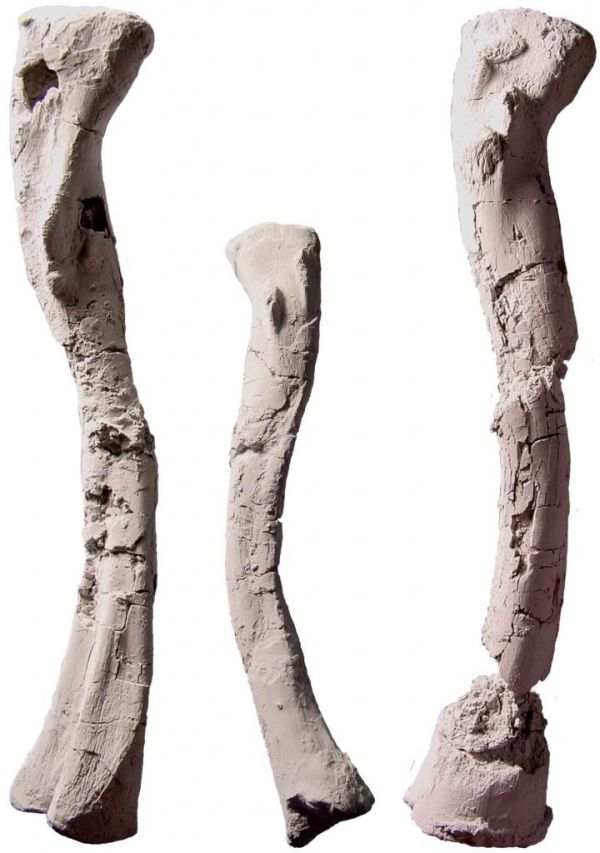 Doctor Mateusz Tałanda from the Department of Palaeobiology and Evolution, and co-author of an article on the subject published in the “Journal of Anatomy” said: "We claim that the hypothesis of dinosaur formation to date is wrong. Dinosaurs were evolved directly from four-legged animals. Due to bipeds, the forelegs were released from locomotor functions and could be used for new purposes. That is why later dinosaurs rebuilt the muscles responsible for ejection, retraction and bending."

The hypothesis is based on the discovery of Silesaurus, which has divided the scientific community. The majority of researchers considered the dinosaur to be an evolutionary step back to moving on four legs, treating it as a deviation from the trend towards bipedalism.

The Silesaurus' forelegs were fully erect and had reduced muscles associated with ejection, retraction and bending. The dinosaur was the size of a large dog and had no other way to defend itself other than by escape. It relied mainly on its hind legs. Paleobiologists from the University of Warsaw managed to determine that the femur of Silesaur was only slightly bent, while the hip socket was directed downwards. In this way the legs were under its body.

According to the researchers from Warsaw University, all pradinosaurs - not only the Silesaurus - had forelegs below their bodies acting as a support.

Rafał Piechowski, co-author of the project: “We would like to make the Polish pradinosaur, Silesaurus opolensis, a model organism in dinosaur research. Until now, it was the American Tyranosaurus rex, the popular tyrannosaurus, which had precedence in this research.

“However, we believe that our Polish material, our Silesaurus, has a chance to contribute much more to the research on the evolution of early dinosaurs than its American, scavenging, dinosaur cousin from the late period. Many aspects of the anatomy, physiology and behaviour of Silesaurus have already been discovered through previous work by our team. Many others are in the process of development.”

Poland could face 5,000 additional daily COVID-19 infections due to protests