Maciej Kamiński and Michał Woroch are back on the road, to complete their epic journey across the Americas.

Maciej Kamiński and Michał Woroch are back on the road, to complete their epic journey across the Americas. Inside their 1996 Land Rover Defender 110 they carry their other daily mode of transport – two wheelchairs.

The plan was simple – to start in November, 2016, by shipping the car to Argentina then driving from Buenos Aires to Ushuaia, the southernmost city in the world. After that, they would continue up north on the western coast of South America passing through Chile, Bolivia, Peru, Ecuador, Colombia. Next enter North America and drive through Panama, Costa Rica, Nicaragua, Honduras, Salvador, Guatemala, Mexico and the United States, reach Prudhoe Bay in Alaska and smoothly traverse Canada and US to the finish line in Washington. 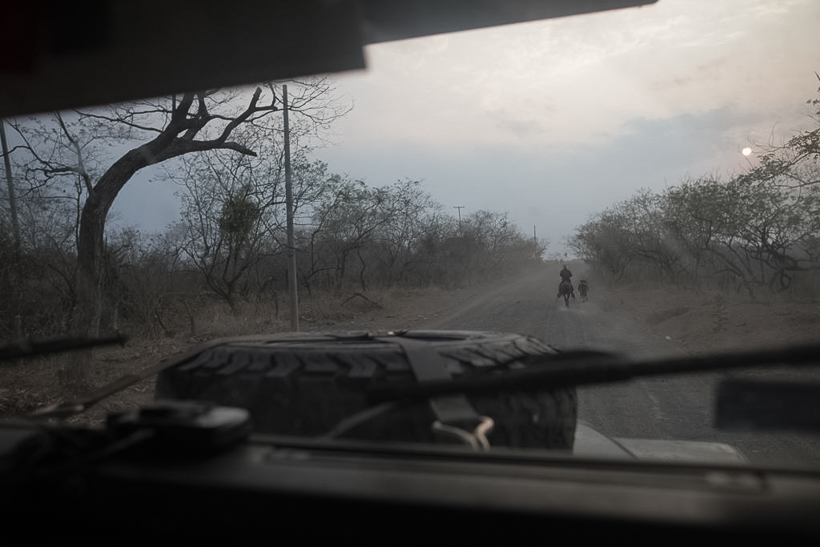 The duo met in a hospital ward. Michał Woroch (34), is a graphic designer, photographer and film editor -- he is also suffering from spinal muscular atrophy. Maciej Kamiński (35), is the Torus Foundation’s co-founder and has a passion for history, politics and nature. In his spare moments he plays poker, both as a hobby and a source of income. A spinal tumour left him incapable of walking.

For these two adventurers with titan-like inner strength and perseverance the plan was both challenging and achievable. Their previous projects in Mongolia, Spitsbergen (Norway), Western Europe, Scandinavia and India proved that with proper preparation, skill, luck -- and the selfless kindness of the people they encounter on the road -- anything is possible. 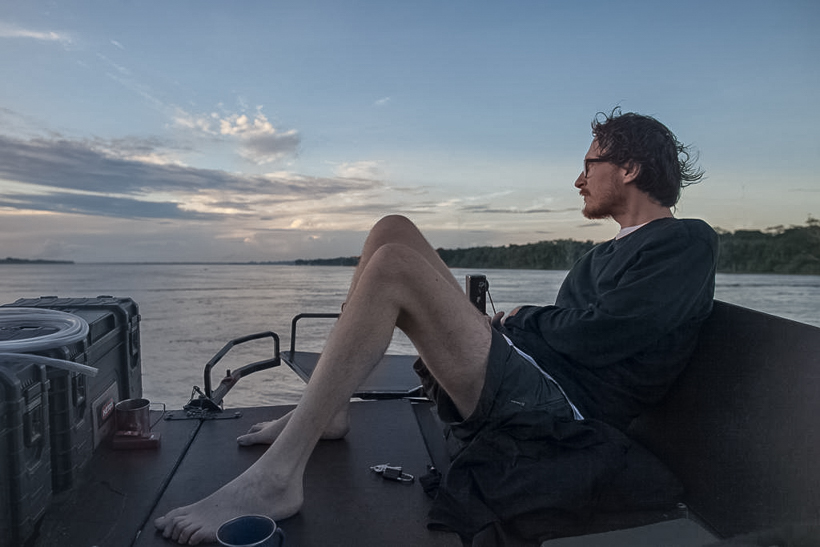 Michał Woroch’s moment of peace on top of the Defender. The barge trip to Iquitos, Peru took several days filled with unexpected dangers, including getting crushed by a tree branch.(wheelchairtrip.com)

“Above all, we want to be constantly on the move and experience thousands of images. It is also about silence and whirr of an engine, reaching a destination and coming back. It is about meeting new people and understanding ourselves, about distance and covering it. It is also about the wheelchair and battling with our own disability, as well as with the body and mind. It is about believing that we can do it. And if we can’t, we should still believe it," they say.

The 40,000 km and 262 days of the expeditions led Maciek and Michał through a myriad of climates and terrains. Deserts, mountains, jungles, forests, ocean coasts and glaciers forced them to deal with the kind of intensity that can only be found in the most unapproachable parts of the Earth. They battled with the usual traveller’s plights: illnesses, food and water poisoning, mosquitos, scorching heat and humidity, as well as their own specific situation – at times being fully dependant on outside help. 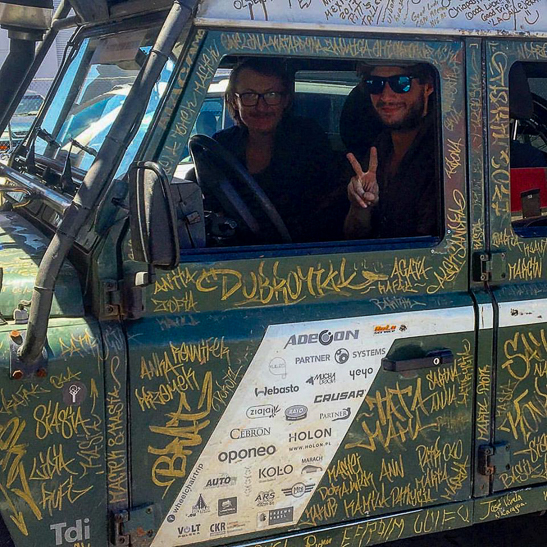 209th day of the trip and Def is covered with more golden signatures every day.
(wheelchairtrip.com)

Yet the rewards were plentiful and the experience made up for all the hardships. As obviously foreign and alien they seemed wherever they went, Michał and Maciek had the chance to witness the local traditions, taste the cuisine and participate in indigenous rituals. One of them was Ayahuasca, a shamanic medical rite combining meditation and the use of herbs. What’s more, they had to cope with some other cultural elements – e.g. that 10 AM tomorrow could actually mean in 3 days time.

The usual constraints for driving didn't apply here. Together they reached the continents' wonders: the salt desert Salar de Uyuni, the glacier Perito Moreno, the winding roads in the Andes, the treacherous currents of the Amazon, which led them to the jungle city of Iquitos. The unforeseen hurdle was to brave the endless traffic jams of La Paz or Mexico City. 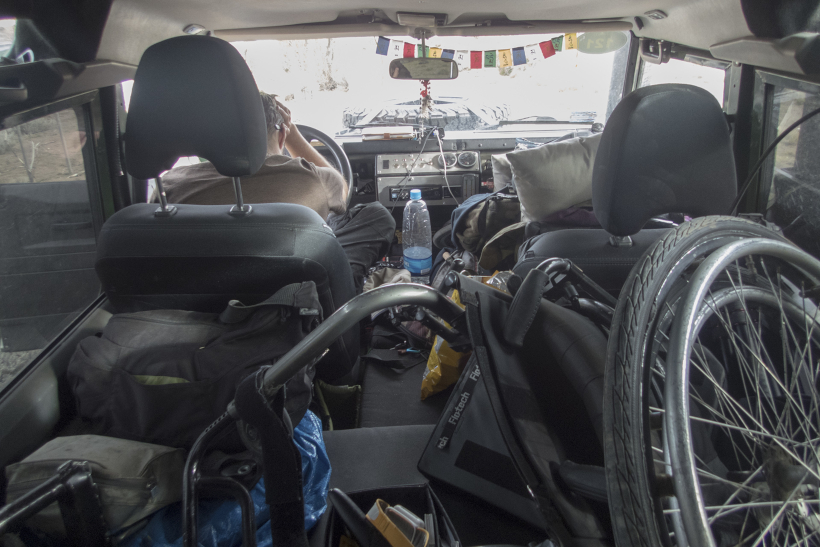 A true puzzle: how to fit two wheelchairs and all the equipment in the Land Rover Defender?(wheelchairtrip.com)

On April 14th, 2017 Maciej and Michał announced on Facebook the end of the South American leg of their journey: “We’ve been travelling for over 5 months. We’re not sure how many kilometres we drove. Twice we had to exchange the fluids and grease the u-joints. A few minor repairs. Out of the 155 days of our trip through South America, we spent a week and a half with a hitchhiking girl. Twice we crossed paths with Krzysiek, who is traversing the continent in the same Defender as ours. The highest point we reached was 4,956 meters above sea level. The lowest temperature at which we slept in the Def was -3 C. We were towed for 8 kilometres.  We spent 10 days on barges. We reached Iquitos, the capital of the Jungle, which cannot be reached on wheels. At 4,600 m a.s.l. we got stuck in a swamp. Once, in desperation, we searched for gas”. 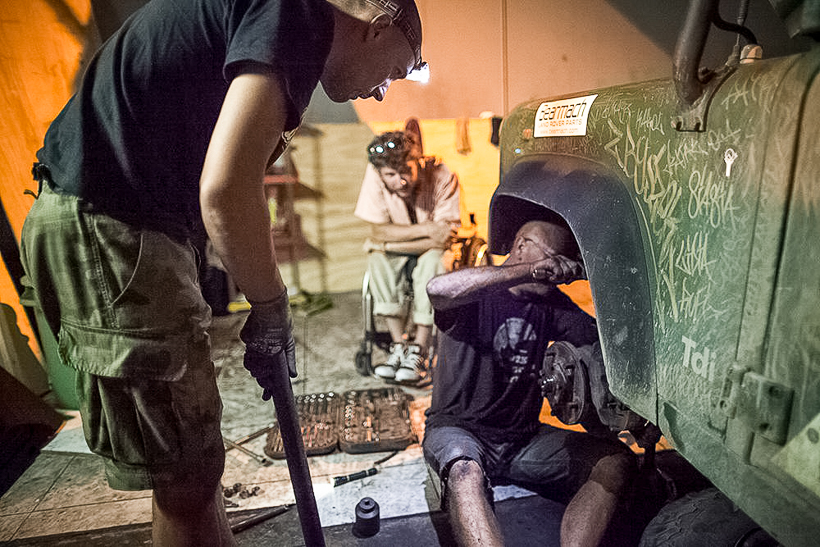 Local mechanics in Lima, Peru. Their help was indispensable for fixing the constantly breaking vehicle.
(wheelchairtrip.com)

Their vehicle of choice, the 1996 Land Rover Defender 110, tenderly nicknamed Def, proved to be one of the biggest challenges. While sturdy, equipped with lifts for wheelchairs and built for all terrain, it would suffer minor and larger breaks at any moment, sometimes the most unfortunate ones. Luckily it is easy to fix and the Land Rover enthusiast community was active wherever the duo went – offering aid with finding parts and repairs or even taking Michał and Maciej under their roofs for a night or two.

The people the Poles met along the way, or took along for the ride, were one of the most moving aspects of the expedition. Each of the friends, new and old, that they encountered was asked to sign their car with a golden marker – a sign of their participation in the journey and the shared kindness and positivity. 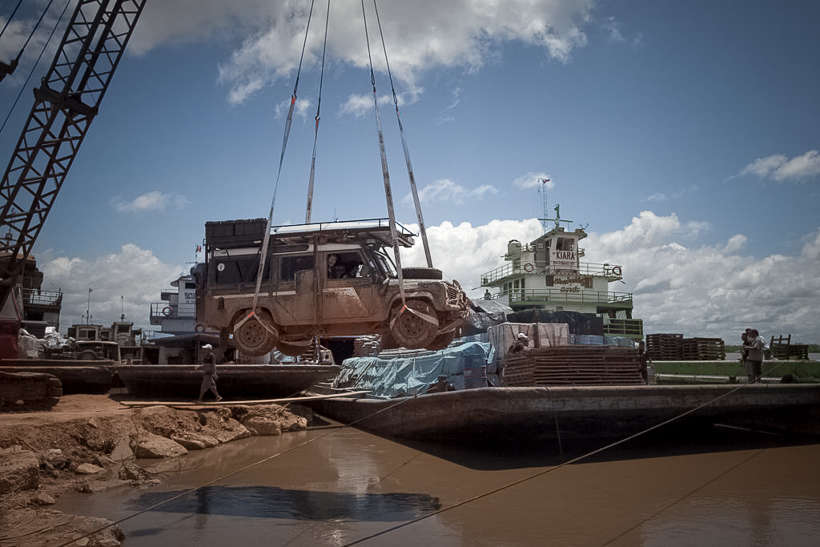 Loading the Defender for the trip to Iquitos, the capital of the jungle. It took only dealing with several people claiming to be the captain and 3 days of waiting to make it happen.(wheelchairtrip.com)

It was not just the people they bonded with, as Michał and Maciek shared on their blog: “During the last journey, homeless and drunk people would often gather around us. This time it was completely different. At almost every stop, a dog appears, sometimes even several. They are different than in Europe, having a sort of indescribable calm. For a short time, they become our companions. They defend and guard us”. 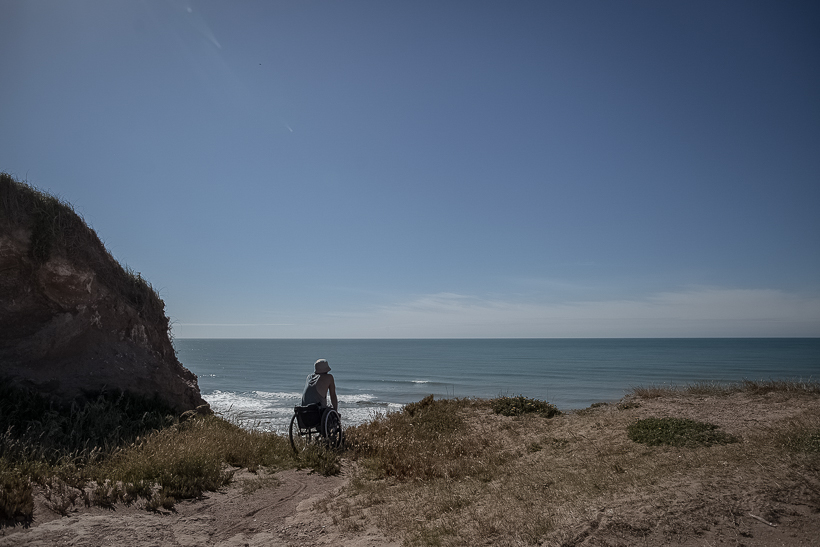 Last moments looking at the Atlantic Ocean. The majority of the journey led through the western parts of the two continents.
(wheelchairtrip.com)

However, breaking point came on July 30th, 2017, the 262nd day of the expedition. A loud bang Maciej and Michał, joined by their friend Lena, heard while driving on the US motorway in the vicinity of Los Angeles heralded the worst – a complete breakdown of the engine. Stuck on the sideway of the four lane road, they slept in the car, weathered the desert heat and waited for the rescue. 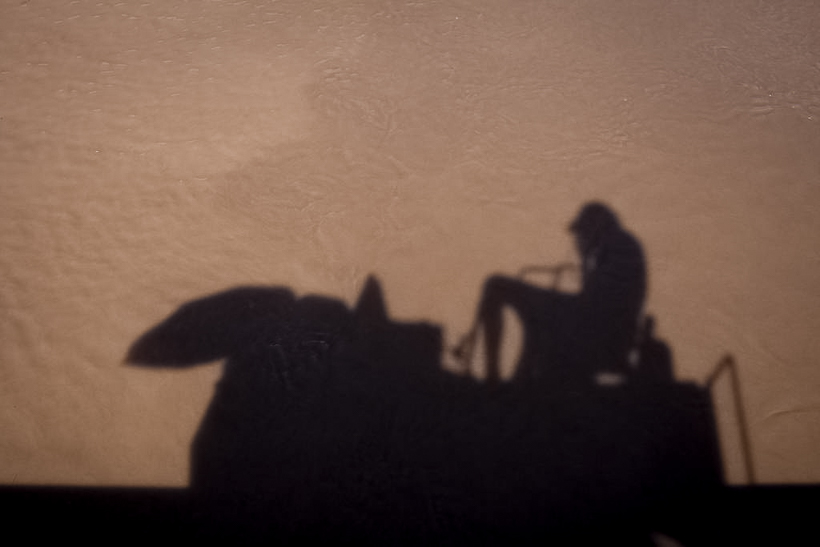 Is it the desert sand? No, just the Defender’s shadow on the Amazon’s waters.(wheelchairtrip.com)

The mechanics in LA confirmed what they feared – the engine needed to be replaced and no one knew how long it would take. The duo which had braved every single hardship thrown upon them had to now accept the inevitable.

With winter fast approaching travelling through the Alaskan and Canadian wilderness could prove too dangerous. The decision to halt the expedition for the time being had been made. Alaska had to wait, but only for a few months. Now, with the new engine, full of motivation and energy Maciek and Michał with their beloved De are on their way to reach the other end of the world. 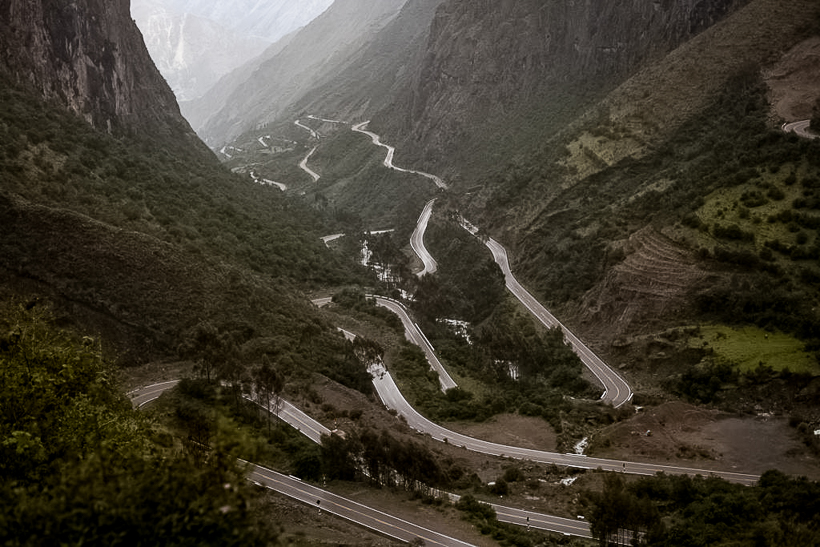 A winding road in the Incas Sacred Valley (Urubamba Valley). Traversing the Andes was made even more difficult by the ever changing weather conditions.
(wheelchairtrip.com)

For their incredible journey Michał Woroch and Maciej Kamiński were presented with the following awards: National Geographic Poland Traveller of the Year 2018, the Most Inspiring Travel Story – Odyseja Travel Festival in Siematycze; the Best Travel Presentation – 8th Travel and Adventure Festival in Stary Sącz, 1st place in categories World and The Most Photogenic Journey - Travel Festival Following Your Dreams (Śladami Marzeń) in Poznań and many many others.