As the Amber Museum in Gdańsk moves into new premises in the historic 14th-century Grand Mill, a kick-off exhibition features new art works using the ‘gold of the sea’.

Alongside the main exhibition, on display will be new works of art and jewellery made by contemporary avant-garde designers.

One of the artists that the museum commissioned to produce pieces for the exhibition is Jakub Pastuszak. 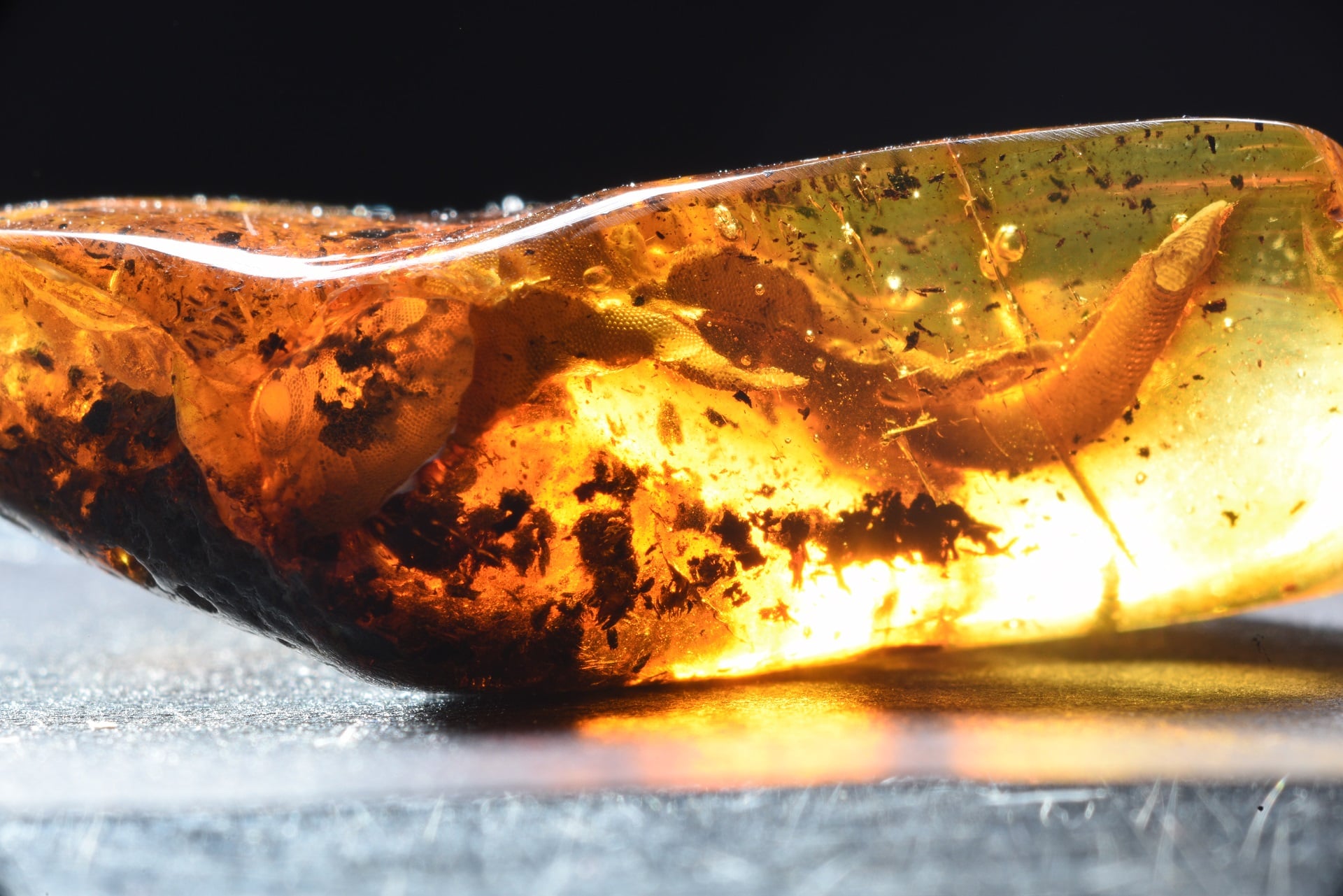 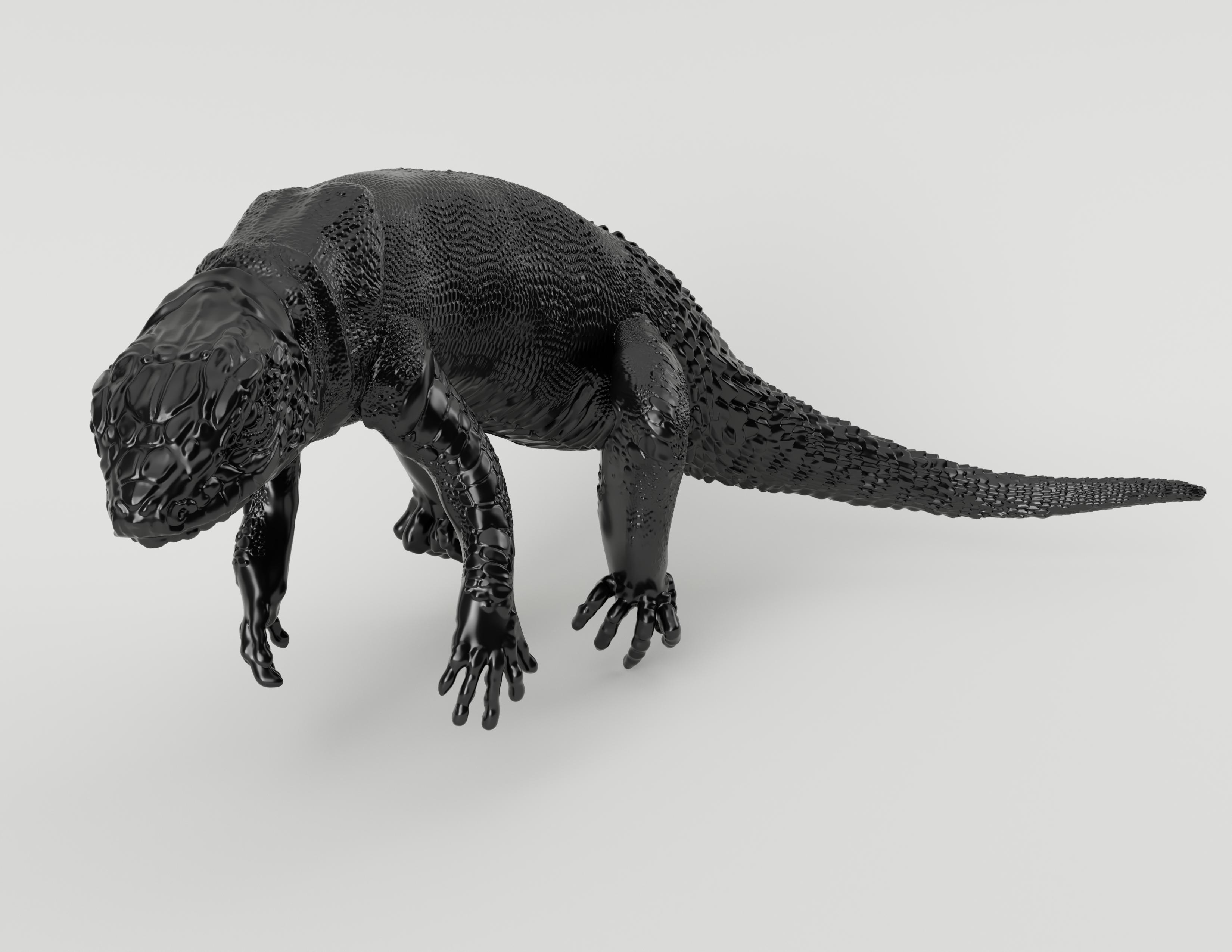 Also included is a model of the famous lizard embedded in amber dating back as far as 40 million years.Press materials

He made his unique pieces by combining the precious material with 3D printing to create intricate scale models.

These include a detailed model of an amber craftsman’s house, a cabinet of curiosities, a miniature of an amber cabinet from 1724, and a model of the famous lizard embedded in amber dating back as far as 40 million years.

Some of these are huge, complex projects with the craftsman’s house alone consisting of over 200 separate works of art. 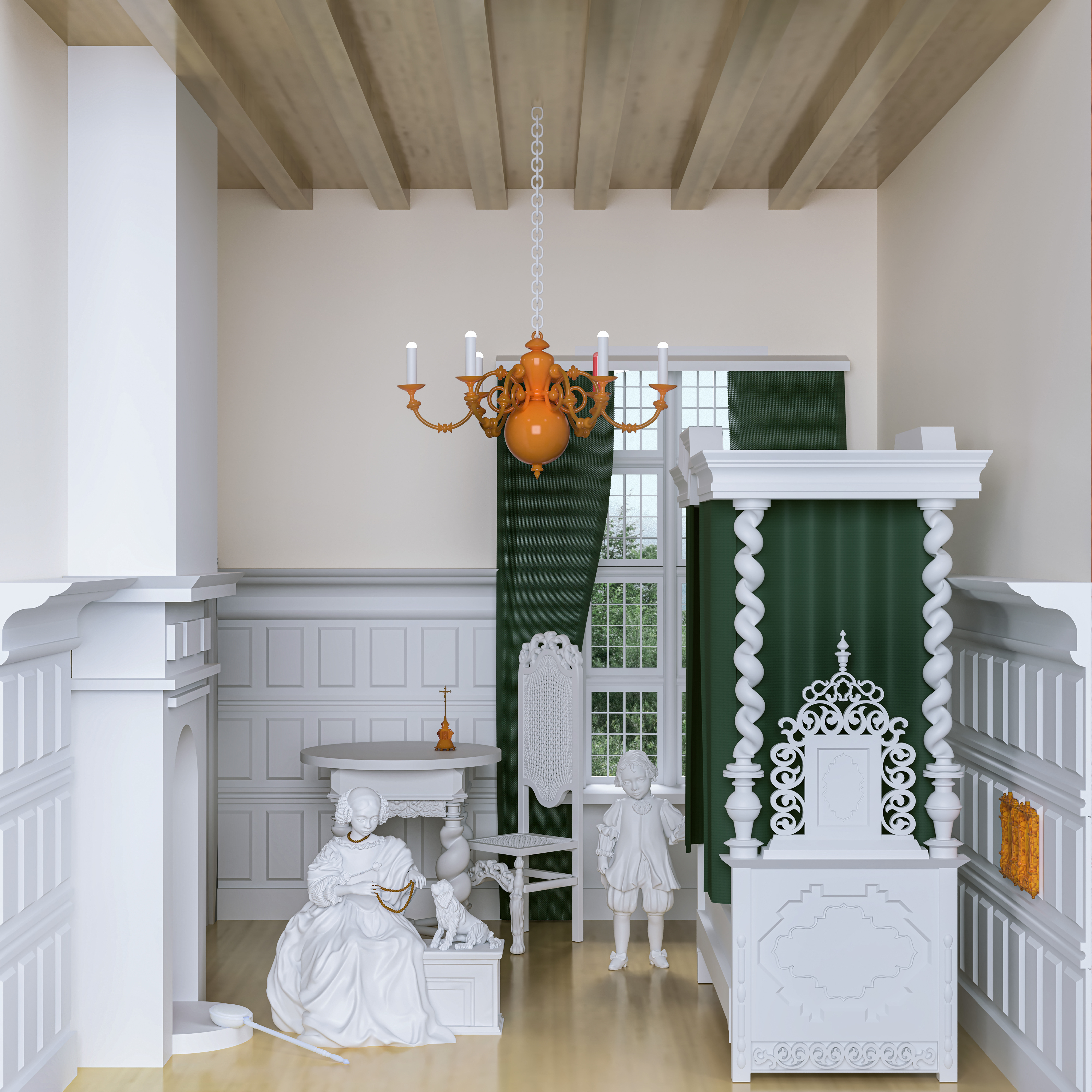 The amber craftsman’s house, which is in fact a doll’s house, will be the first art piece in the world, manufactured in a 1:6 scale with figures and elements of the interior entirely 3D printed.Press materials

The amber craftsman’s house, which is in fact a doll’s house, will be the first art piece in the world, manufactured in a 1:6 scale with figures and elements of the interior entirely 3D printed.

Pastuszak has been working as a designer for three years, and next year, he will graduate from the Academy of Fine Arts in Gdańsk, Poland, majoring in industrial design.

As a student, he cooperated with a furniture company which gave him a lot of insight into the work of an industrial designer. 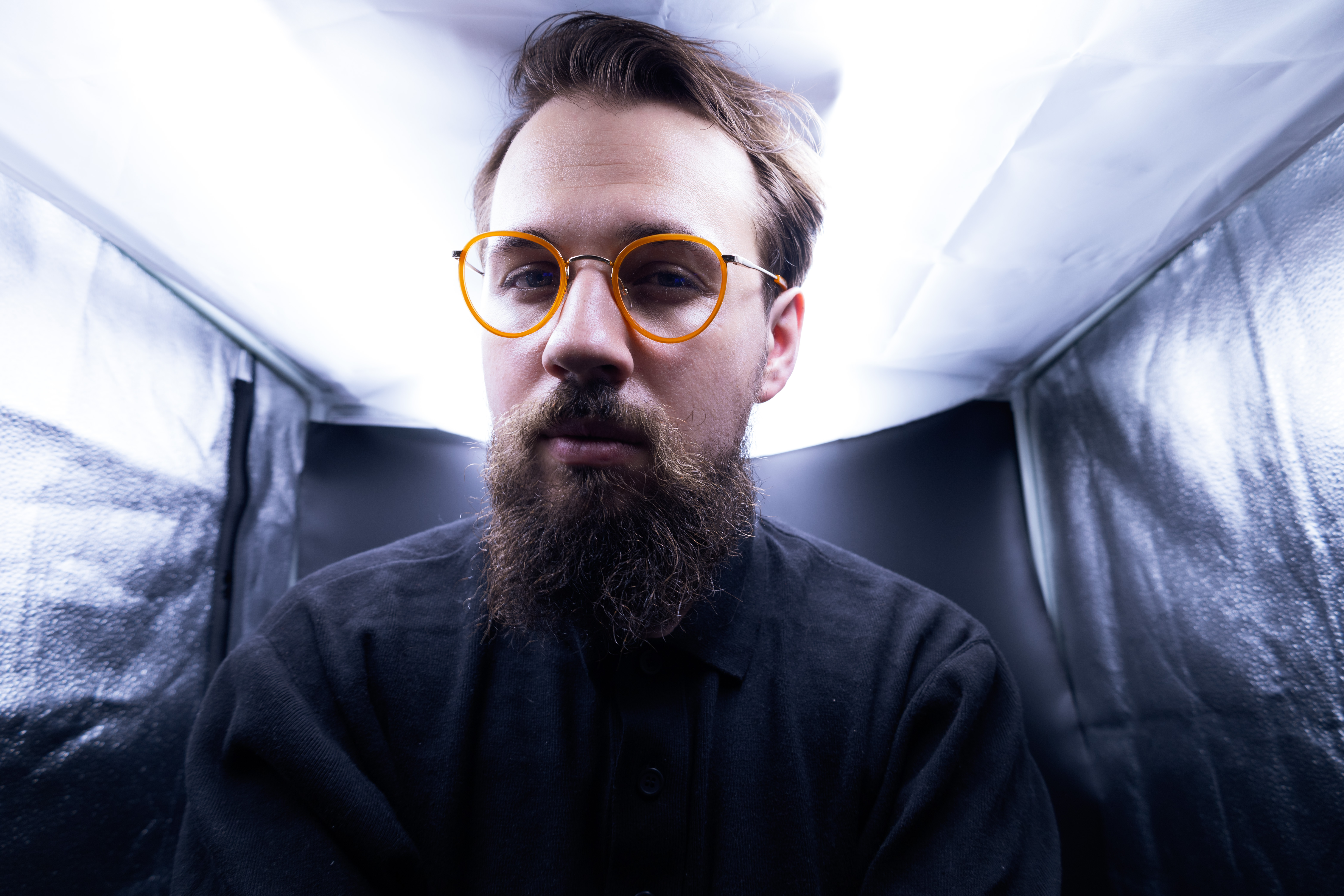 Jakub Pastuszak made his unique pieces by combining the precious material with 3D printing to create intricate scale models.Press materials

This experience made him realise that wanted to focus his designs on people’s interactions with objects.

For his vision to come into life, Jakub saw potential in 3D printing, which he says allows him to keep a balance between a project in a 3D modelling program and reality.

He said: “Lack of contact with living matter creates a cognitive dissonance, which is not good for the implementation of a design. 3D printing can help avoid the risk of the projects remaining only in the sphere of three-dimensional concepts.”

With the move of the Amber Museum from the former Torture Chambers to the Grand Mill, Gdańsk will gain another modern museum, telling the fascinating story of the ‘gold’ from the Baltic Sea. 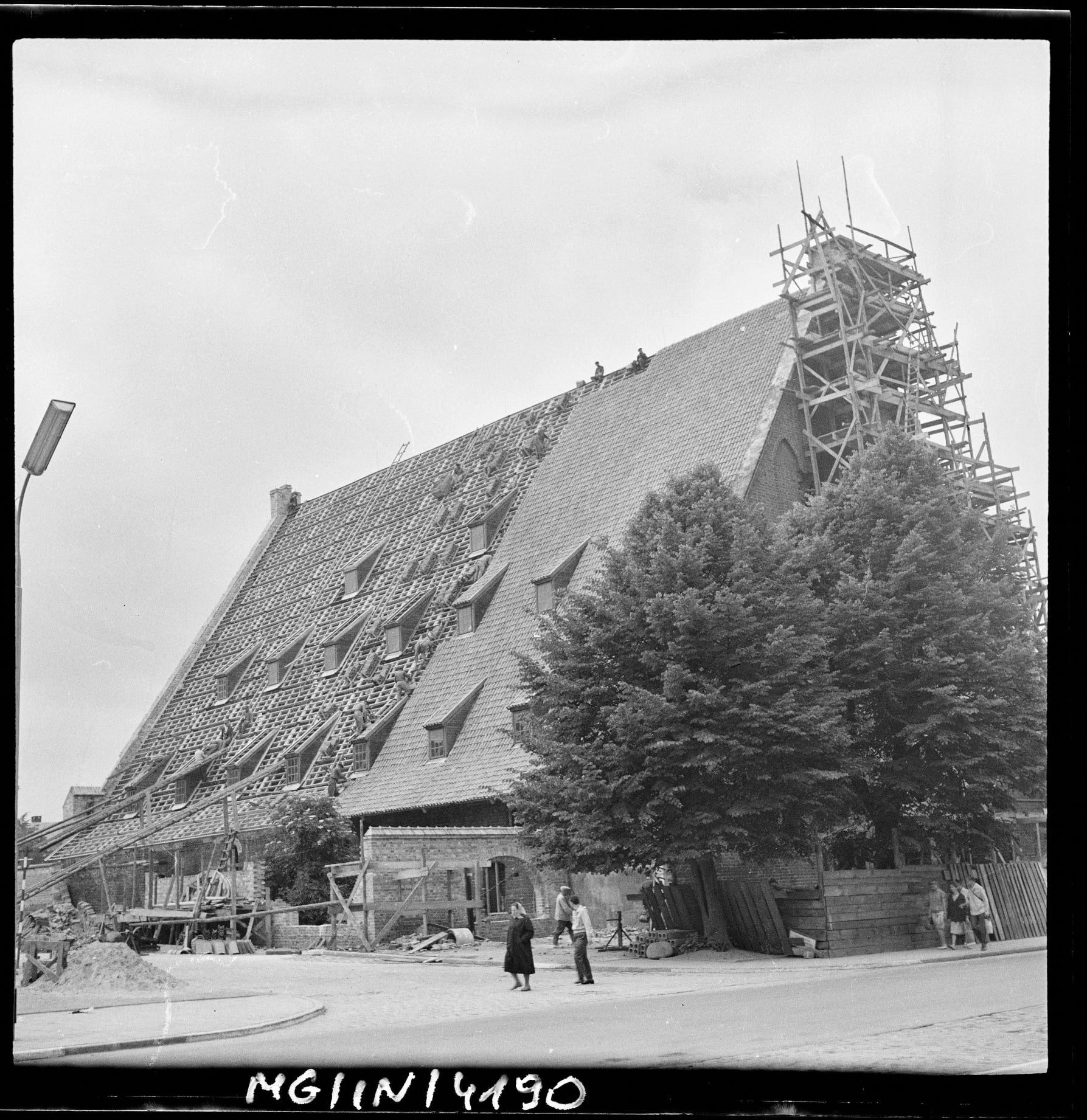 The Amber Museum in Gdańsk is moving to new premises in the historic 14th-century Grand Mill, pictured here just after WWII.Kazimierz Lelewicz/Gdańsk Museum

Visitors will be able to learn about the extraordinary history of amber, enter an amber forest, and even touch a particle of amber acid in 3D.

The most interesting exhibits will be what are called inclusions, which are imprints of ancient flora and fauna.

Standout attractions include the world's largest lump of amber weighing 68 kilograms from Sumatra, amber chess pieces which, after many years, found their way back to Gdańsk where they were originally made and the unique and world-famous lizard trapped in amber.

The museum and exhibition will be open to visitors from 24 July.