The 10th anniversary of the death of a Polish nurse who risked her life to save thousands of Jewish children during WWII will be marked today in Poland and by Holocaust survivors around the world.

Irena Sendler who died in 2008 at the age of 98. is one of the world’s most famous Righteous Among the Nations.

Last year the Polish parliament voted to dedicate 2018 to her memory.

Sendler, a nurse by profession, was born Irena Krzyzanowska in Otwock, Central Poland. Her father, Stanislaw, was a doctor and most of his patients were Jews living in the city, and her family had many Jewish friends. Soon after the outbreak of the World War II in 1939, Sendler joined the activities to aid Jews, which included the distribution of food, care for orphans and financial assistance to people whose property was confiscated by Nazi Germany.

In 1942, when she worked as a senior manager in the welfare department of the Warsaw municipality, Sandler joined "Zegota" – a Polish resistance organization, which was founded by the Polish government-in-exile in London in order to help Jews in Nazi-occupied Poland. She was given the pseudonym "Jolanta" and was given the task of rescuing Jewish children. She risked her life in the rescue operations, as did those who assisted her.

Sendler managed to get forged documents in which she gave Christian names to Jewish children and even obtained certificates saying the children were suffering from contagious diseases to deter the Nazis from being interested in them.

Together with her assistant, Irena Schultz, Sendler entered the ghetto many times with the excuse that she had to take care of sick children. Then she smuggled money, food, medicines and clothing into the ghetto as well as carrying out babies and young children in suitcases.

Sendler also began to smuggle Jewish children out of the ghetto. With forged personal documents created by members of the Polish underground, she transferred the children to Christian families or monasteries for care. In order to make the separation from their biological parents easier, Sendler told some of the children that their Jewish parents were in fact adoptive parents and they will now return to their biological parents. The children were smuggled out of the ghetto in various ways. Some of them were hidden under the passenger seats of the tram that crossed the ghetto. Others were concealed in private cars that also had a dog trained to bark when the children cried, in order to hide the sounds of crying from the Nazi guards.

Sendler made sure that the names of the children she smuggled from the ghetto were accurately recorded so that they could be identified at the end of the war and returned to their biological families. She hid the lists in glass jars buried in her garden. In total, Sendler saved the lives of 2,500 Jewish children.

In October 1943, Sandler was arrested by the Gestapo and was severely tortured. The Nazis demanded she hand over the list of Jewish children she had saved but she refused.

After a short trial, the Nazis sentenced Sendler to death as well as 39 other women prisoners, but her friends in the Polish underground managed to bribe one of the Nazi guards who helped her to escape. Her name was put on the list of prisoners already executed, and Sendler continued to live in hiding under a false identity.

After the end of the war, Sendler worked for the Polish Ministry of Health. In 1965 she was awarded "Righteous Among the Nations" by the “Yad Vashem” institute in Jerusalem for saving thousands of Jewish children while putting her own life at risk. In 1991 she also received the honorary citizenship of Israel.

During a visit to Israel, former Polish President Lech Kaczynski suggested that Poland and Israel jointly submit Sendler's candidacy for the Nobel Peace Prize. In 2006, Israeli organizations of Holocaust survivors and the Polish government submitted a recommendation to the Nobel Prize Committee to award the Nobel Peace Prize to Sendler but without success.

In 2003, Sendler was awarded the highest order of honor in Poland, the Order of the White Eagle. In 2007 she was also awarded by the Polish Parliament for her brave activities. Sendler said she would dedicate the prize to the people who helped her during the war years and to those who are no longer alive. "Every child I saved during the war is a justification for me being alive," she said.

Sendler died in a Warsaw hospital on May 12, 2008. In 2009, the film “The Brave Heart of Irena Sendler” which tells her life story was released in her memory. 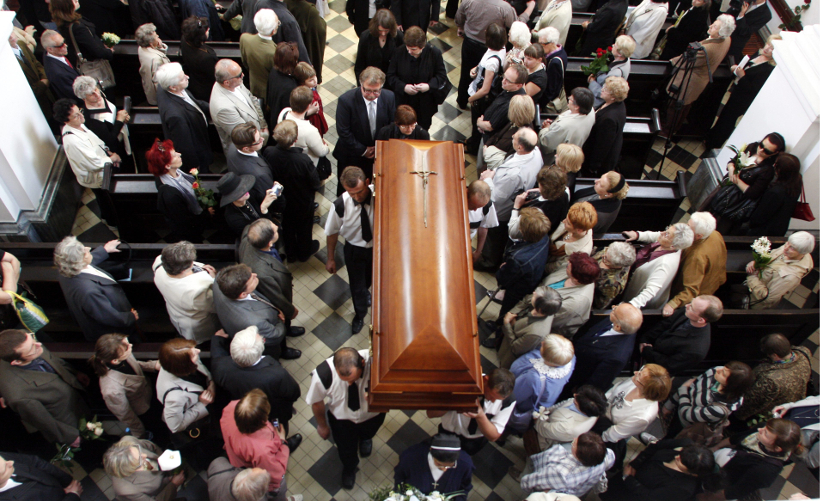 Sendler’s heroic activity, together with many other Polish Righteous Among the Nations, led the Polish government to set March 24 as a holiday in memory of the Righteous Among the Nations who risked their lives to save Jews. In an interview with RMF Radio, Sendler’s daughter Janina Zgrzembska said she was “very happy that this law has been signed.”

She said that her mother never wanted to be called “a hero”. “My mother said that she did it because she was taught at home to lend a hand to people in need, and their origin or religion does not matter. The human being is the important one. Up until her last days she said that “maybe I could have done more, maybe I could save one or two more children,” Zgrzembska said.