1983: Pilgrimage of hope – the Pope in communist Poland under martial law

On June 16-23, 1983, the seemingly impossible happened. With Poland reeling from the imposition of martial law, Pope John Paul II visited for the second time after being chosen as the leader of the Catholic church.

The visit therefore had triple significance - religious, social and political.

The Polish communist authorities were scared of the consequences and tried to postpone it indefinitely, while millions of Poles and the Solidarity movement (Solidarność) were eagerly awaiting it.

Martial law had been introduced just two years earlier, on December 13th, 1981, and was still weighing heavily on the freedom-minded Poles. Threatened by the spreading protests of pro-democratic organizations and trade unions, such as Solidarity, the People’s Republic of Poland’s temporary ‘wartime’ government, led by General Wojciech Jaruzelski had decided to crack down.

The excuse they used was simple – if we do not seize control of the country, the Soviet Army will do it for us, as they did in Hungary in 1956 and Czechoslovakia in 1968 (the intervention included troops from other Warsaw Pact countries, including Poland). Historians are still debating and doubting, whether the danger was real.

The realities of life under martial law were extremely harsh. Solidarity was delegalized, its leaders, like Lech Wałęsa, jailed. Soviet-made tanks rolled out on the streets, in theory to guard public order and keep the 22:00 curfew. Traveling was limited, as was any type of communication – mail was once again subject to postal censorship. In the initial days of the martial law over 90 people were killed in street clashes with the army. 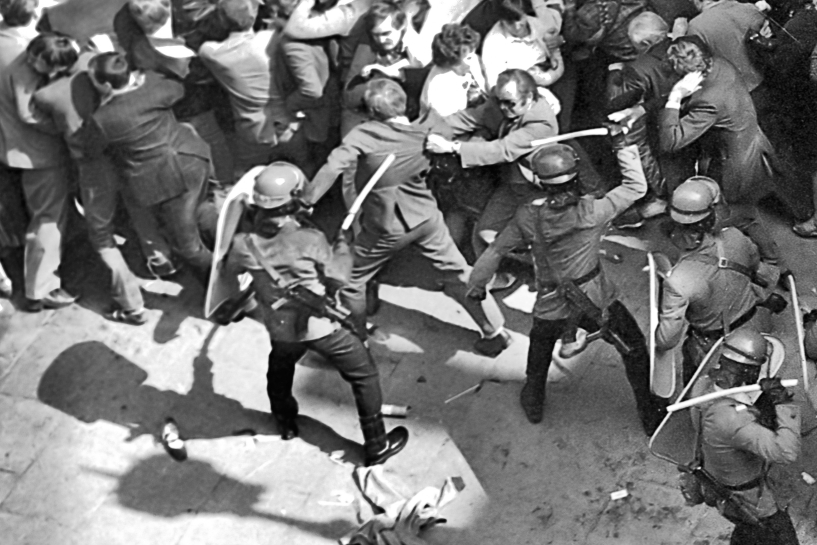 In this context, the visit of the head of Catholic church, which was seen as the enemy of the communist regime, seemed unimaginable. After pushing the date of the Popes arrival several times, General Jaruzelski finally yielded and allowed for it to happen in June 1983. Unexpectedly for the communists, John Paul II was welcomed by millions of his countrymen.

One of the leaders of the then illegal Solidarity, Zbigniew Bujak, reflected on the importance of the Pope coming to Poland: “What do I expect from this visit? That it will let people continue on the way, not cease the fight.” Lech Wałęsa added: “In my opinion the arrival of the Holy Father in Poland will rekindle and strengthen the moral values, which were the spiritual foundation of our union movement.”

The underground press at that time, covering the visit extensively, noted that “the Pope didn’t want the religious celebrations themselves to turn into political protests. Gently and humorously he admonished the people gathered to not raise any shouts, and, if possible, not interrupt him. It was crucial, that the people hear his words and reflect on them.”

The program of John Paul II’s visit to communist Poland was not limited to public masses with the faithful. The 8 days spent on bringing hope to Poles in different cities and honouring the victims of World War II (killed in the Nazi prison “Pawiak” and Jewish ghettos), included a meeting with gen. Jaruzelski and communist authorities. 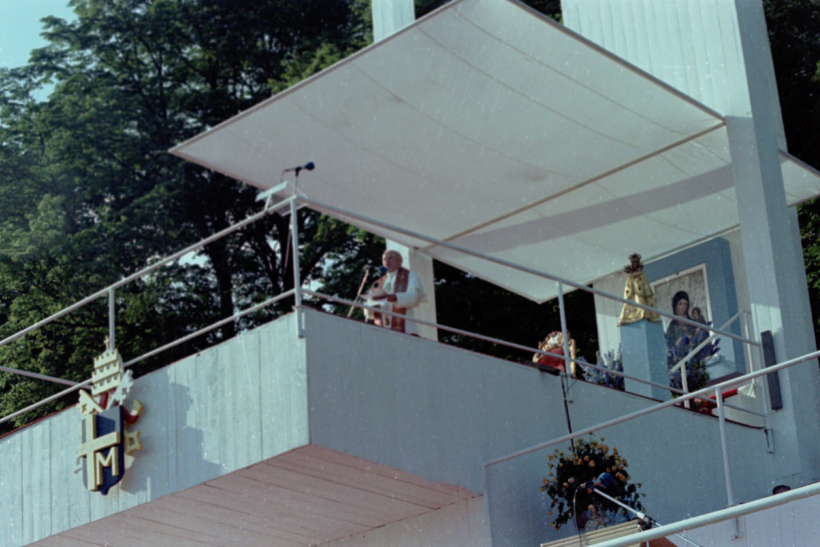 The pilgrimage was interestingly and accurately summarized in the “Solidarność Walcząca” (Solidarity Fighting) illegal newspaper: “Both antagonistic sides are expressing their success and satisfaction with the visit – the government and the people. How is this possible? John Paul II called for dialogue, for agreement (a true one!) between the authorities and the nation. (…) If to this we add his two meetings with gen. Jaruzelski and restrained use of the word ‘solidarity’ – the word which symbolizes the aspirations of Poles, one can understand the contentment of those in power.”

As was rightfully noted later on, the contentment was just a facade. The Pope’s sermons reminded the people of their fundamental rights, that there was a higher power above the communist regime and that it was not infallible. The enormous attendance at the masses and meetings was seen as an unofficial referendum. The people were voting with their feet and showed where their support laid. John Paul II’s visit to Poland was seen as the indirect cause of the martial law’s end, as it was lifted only a month later, on July 22nd, 1983.

Poland’s ombudsman wants to overturn conviction from times of PRL