Poland and America celebrate 100 years of diplomatic relations this year.

The centenary was marked with an event at the elegant Hotel Bristol in Warsaw, attended by senior officials including Polish Prime Minister Mateusz Morawiecki, diplomats and other guests from both countries.

After Poland regained independence after the First World War, diplomatic relations with the US were established in 1919. On 2 May, a 35-year-old American diplomat called Hugh S. Gibson presented his credentials, becoming the first US minister to Poland.

President Wilson had played a key role in helping Poland’s independence be restored — it was one of the points in his famous “fourteen points” on what the world should look like after the First World War, presented in Congress on 8 January 1918. 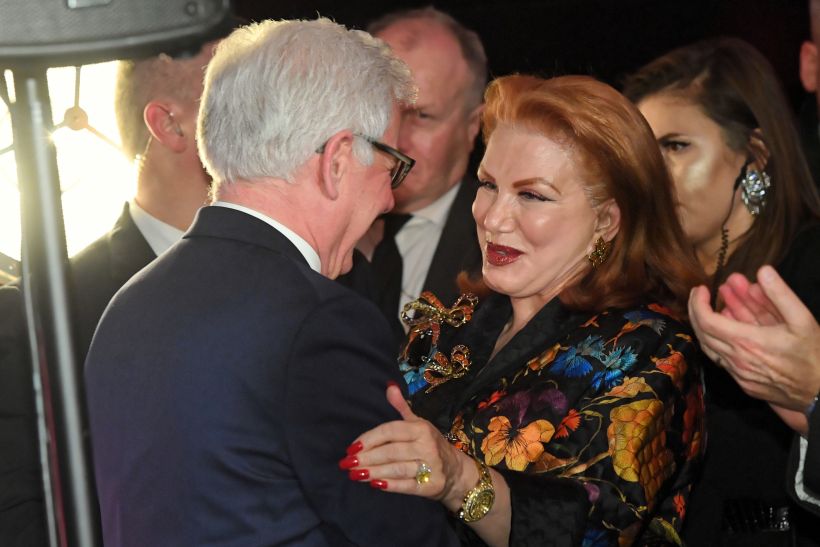 Minister of Foreign Affairs Jacek Czaputowicz and the US Ambassador share pleasantries during the ceremony.Radek Pietruszka/PAP

“An independent Polish state should be erected which should include the territories inhabited by indisputably Polish populations, which should be assured a free and secure access to the sea, and whose political and economic independence and territorial integrity should be guaranteed by international covenant,” Wilson’s thirteenth point stated.

The location of the event was not accidental: the Hotel Bristol is where pianist-turned-prime minister Ignacy Jan Paderewski, who worked closely with Wilson, held meetings of the new Polish government in 1918. 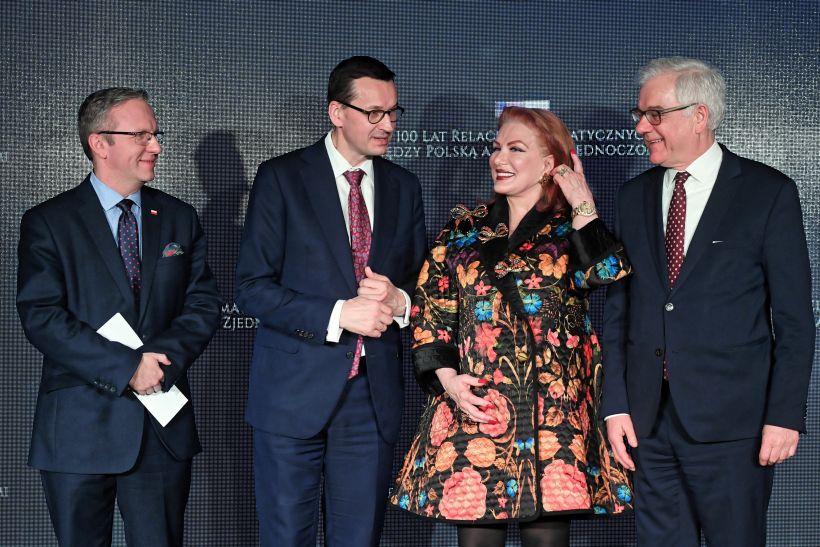 The US Ambassador Georgette Mosbacher said that “the bonds forged between the United States and Poland during the years following Poland’s rebirth still serve as an inspiration to us all.”Radek Pietruszka/PAP

Speaking at the event, US Ambassador Georgette Mosbacher, who arrived in Warsaw last year, invoked the contributions of Paderewski and American Presidential adviser Colonel Edward House to Polish independence.

“Those relationships and the bonds forged between the United States and Poland during the years following Poland’s rebirth still serve as an inspiration to us all,” she said.

“As we now mark our 100 years of diplomatic relations this year, we are confident that our friendship and shared democratic values will endure for another century and beyond,” she added.

Mosbacher also expressed her admiration for Poland for being the first country to bring down the Iron Curtain.

She and the Polish officials present placed Polish-American cooperation in the broader security context.

“Poland has been a NATO member for two decades, and our soldiers have served and still serve on peace missions side by side with their American brothers-in-arms,” wrote President Andrzej Duda in a letter read out by the head of his cabinet, Krzysztof Szczerski.