100 years after disappearing, remains of Zeppelin aircraft ‘laden with gold’ found at crash site in Silesia

A German Zeppelin Staaken aircraft carrying sacks of money and gold on a secret mission to the fledgling Western People’s Ukrainian Republic has been found after disappearing just over 100 years ago in Silesia, southwest Poland.

Described as Central Europe’s first ever air disaster, the location of the crash site remained a mystery until earlier this month when a group of local explorers found remains of the aircraft in a forest near Racibórz.

At the time of its disappearance, Ukraine was fighting the Bolsheviks trying to establish a new state. The German Reich had become the Weimar Republic, Poland had recently declared its independence after 123 years and the first Silesian uprising was about to begin in Poland. 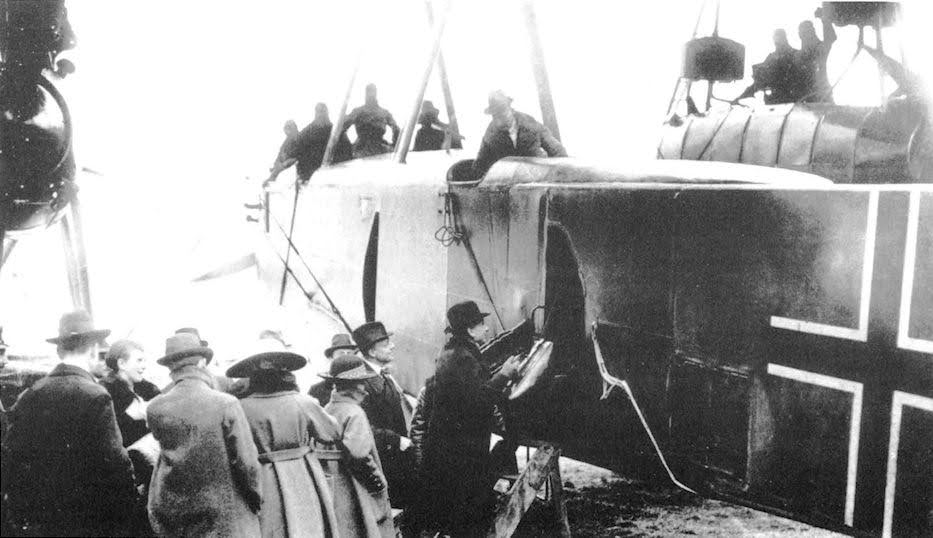 The Zeppelin was transporting Ukrainian banknotes printed in Germany as well as gold and silver coins for the new state of the Western Ukrainian People’s Republic.Public domain

On 4 August 1919, the Zeppelin Staaken took off from Breslau but never arrived at its destination of Kamieniec Podolski in Ukraine.

The craft was a huge five-engine biplane, as big as a flying fortresses from World War Two. It was transporting Ukrainian banknotes printed in Germany as well as gold and silver coins for the new state of the Western Ukrainian People’s Republic.

The cargo of banknotes and coins was essential for the new state to exist, to function normally and to fight for its independence. 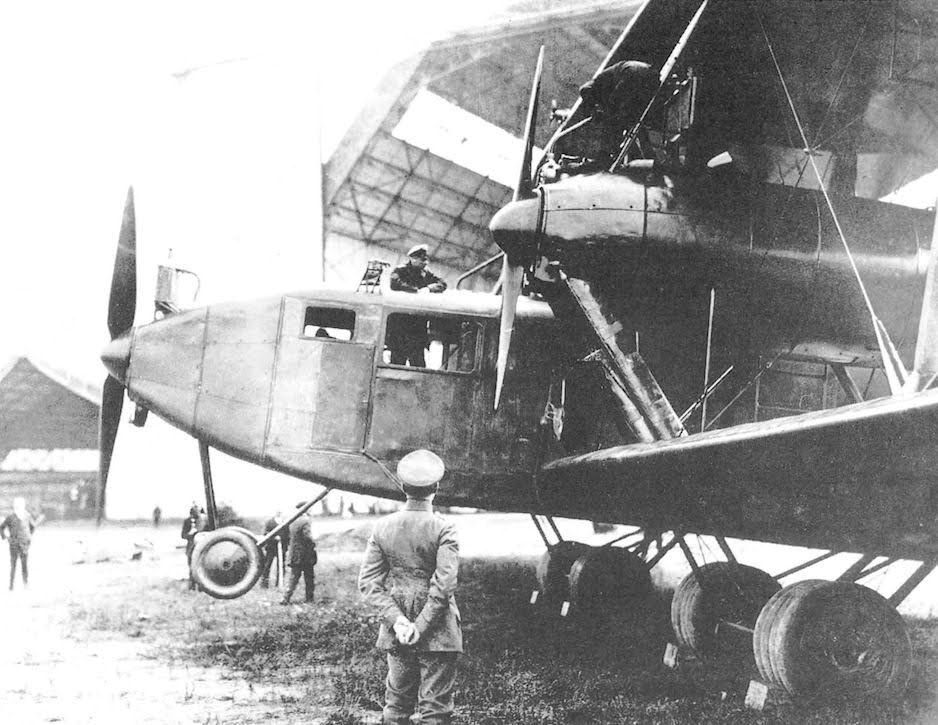 The six-man crew were German and despite their young age they were all experienced airmen.Public domain

Newspaper reports from the time reveal that locals heard an explosion. One of the pilots jumped out of the cockpit but his parachute did not open, and he died when he crashed to the ground.

Other reports claim that the crew dumped chests full of freshly printed Ukrainian banknotes and sacks of gold and silver coins overboard, perhaps in a desperate attempt to keep the craft in the air.

When the plane crashed all the passengers and crew died and the causes of the accident remained a puzzle. 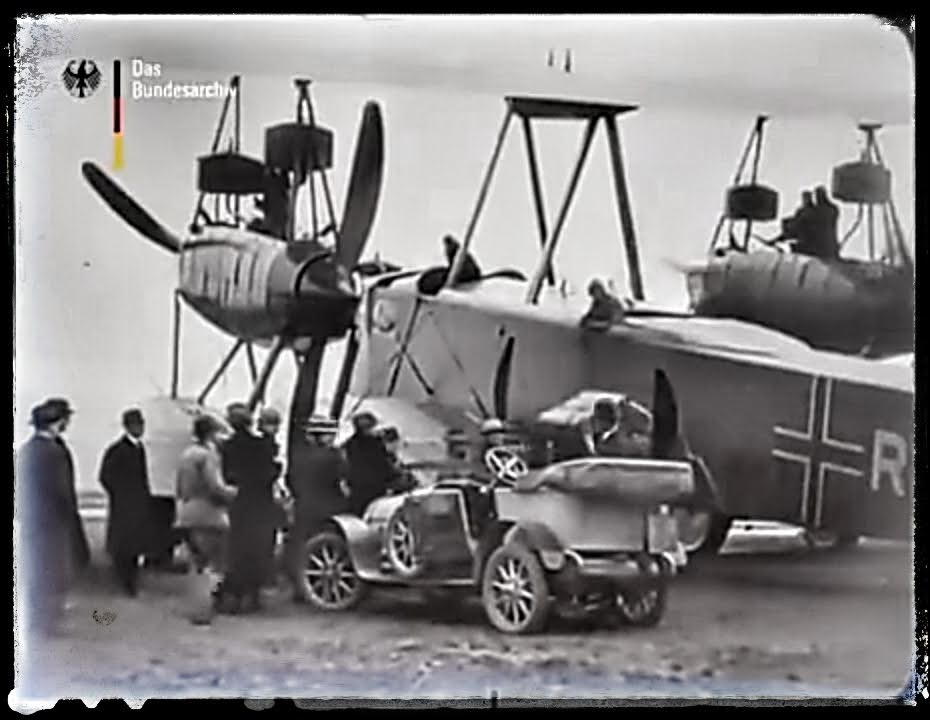 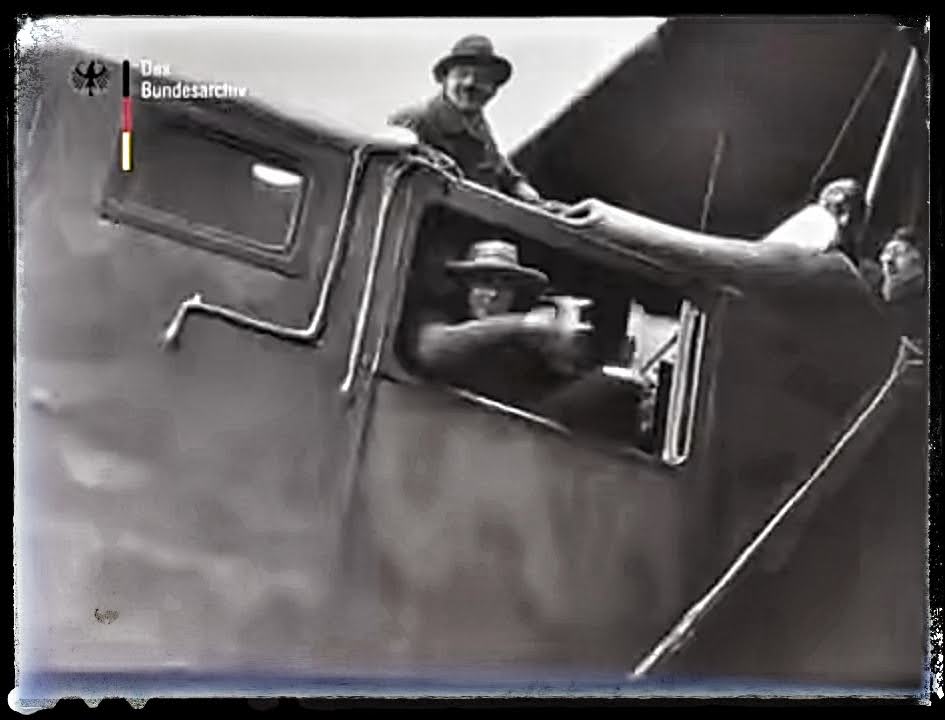 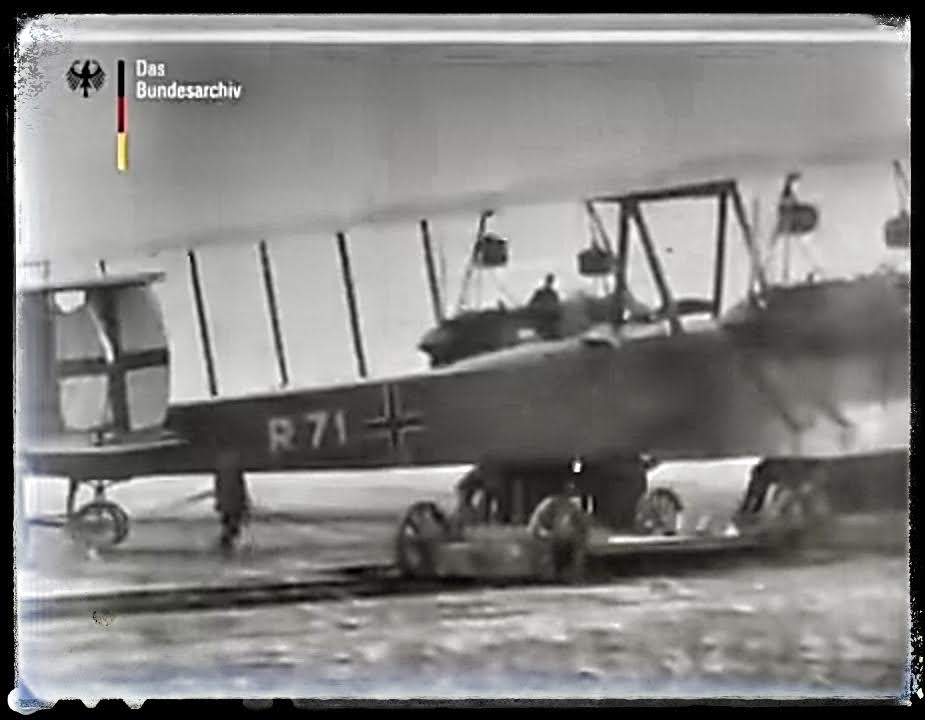 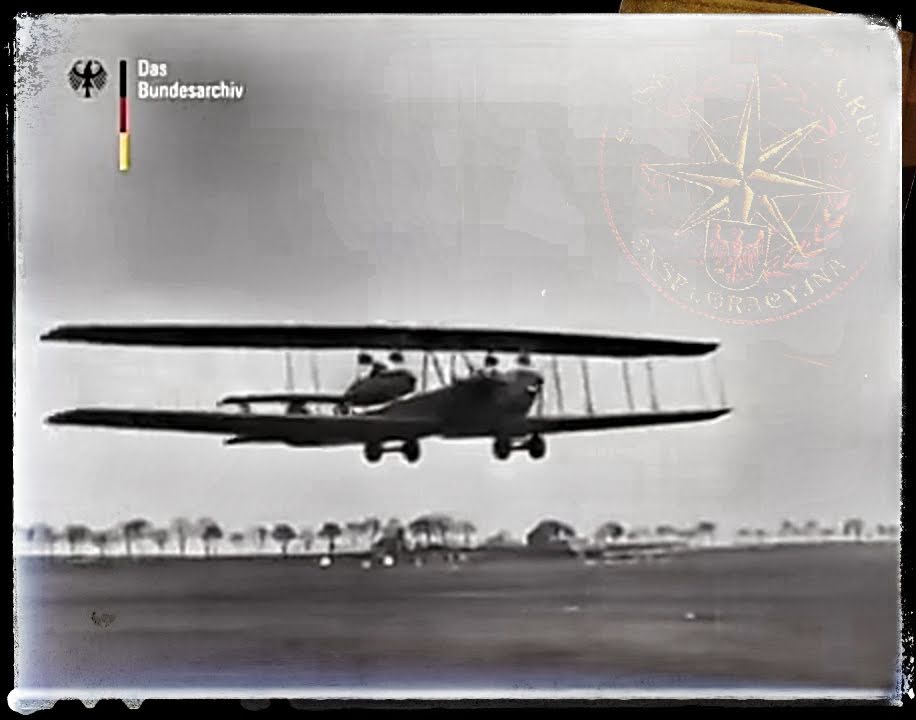 Archive footage shows the Zeppelin as it prepares for take-off.Public domain

The six-man crew were German and despite their young age they were all experienced airmen. Some of them had flown in bombing raids over France and Britain during the Great War.

On board were also two Ukrainian passengers. One of them was Dmytro Witowski, a Ukrainian officer who was a commander in the Ukrainian uprising in Lwów in November 1918 against the Poles. He took part in the Paris Peace Conference in Versailles and was a supporter of the peaceful reconciliation of Western Ukraine with Poland.

Newspaper reports suggest that the craft may have been shot down and speculation exists among historians that Silesian insurgents who wanted Silesia to join the newly emerged state of Poland may have been responsible.

The Zeppelin Staaken took off from Breslau on 4 August 1919 but never arrived at its destination of Kamieniec Podolski in Ukraine.Public domain

While the Ukrainian currency was of little value, the gold and silver German marks were of great value and would have allowed insurgent groups to continue operating.

When the plane crashed, the site was part of Germany. Therefore, German officials came and took away the bodies of the crew and the two Ukrainian passengers as well as parts of the aircraft that remained.

Over the years, knowledge of the crash site faded from memory. As time went by, the site became covered by a carpet of greenery, hiding completely the wounds that the burning plane scorched into the earth. 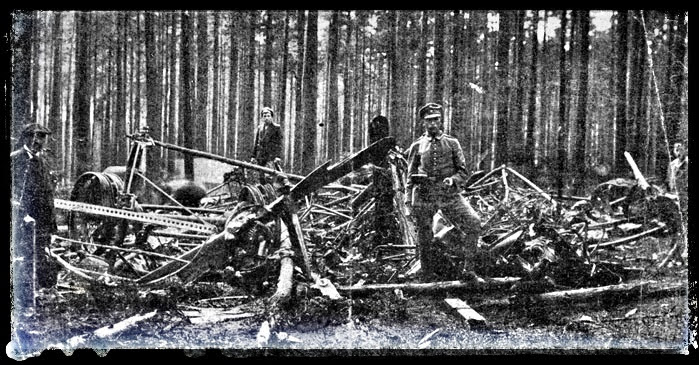 When the plane crashed, German officials came and took away the bodies of the crew and the two Ukrainian passengers as well as parts of the aircraft that remained.Public domain

The roots of the trees gathered around the remnants of the fuselage, breaking it into small pieces and pulled the whole history of the event under the ground.

It seemed that the crash would remain forever just a footnote in local history. That was until a passionate local historian Henryk Postawka published articles in the local press several years ago with details of where he believed the crash took place. 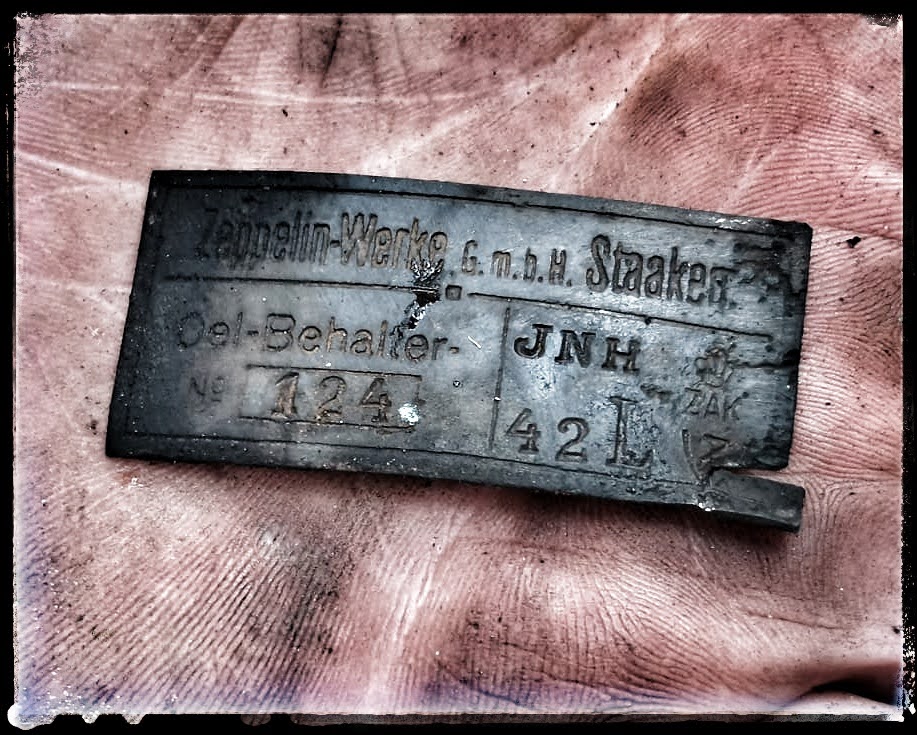 Now researchers from the Silesian Exploration Group have found the site with remnants of the craft bearing the inscription ‘Zeppelin-Werke G.m.b.H. Staaken’, which is unquestionable proof that they had found the crash site.Śląska Grupa Eksploracyjna/Facebook

Piotr Konarski from the Silesian Exploration Group told TFN: “Although the search site measured 70 hectares, we knew from Postawka’s articles and from lots of research in archives more or less where it happened.

“We were able to narrow it down, so step by step, we methodically examined each part of the forest.

“Eventually, at the top of a small hill we found the remains of melted aluminium, so we knew we were in the right place.

“Then we hit the jackpot. We found a button with Cyrillic letters. Then, soon after we dug up plates from the oil tank and the compass.

“We knew then that we had found the Zeppelin.” 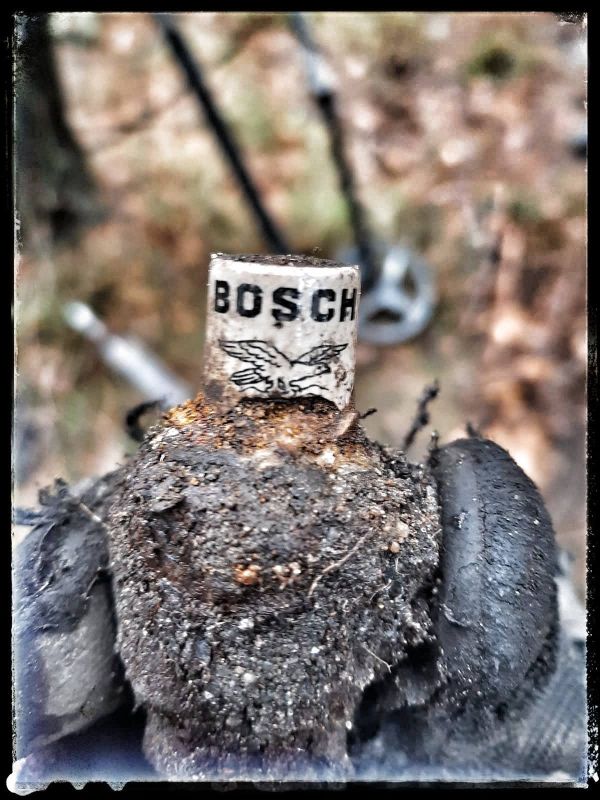 The molten remains were found at the top of a small hill.Śląska Grupa Eksploracyjna/Facebook

According to Konarski, the button almost certainly belonged to one of the Ukrainian passengers. One of the plates, meanwhile, bears the inscription ‘Zeppelin-Werke G.m.b.H. Staaken’, which is unquestionable proof that they had found the crash site.

Although the site has now been found, mysteries remain. What caused the crash and what happened to the valuables on board? Were the Silesian insurgents in the vicinity involved in any way?

One tantalising clue came to light unexpectedly during the search. Konarski revealed that when they were working at the site a man approached them saying that he was the grandson of a Silesian insurgent. 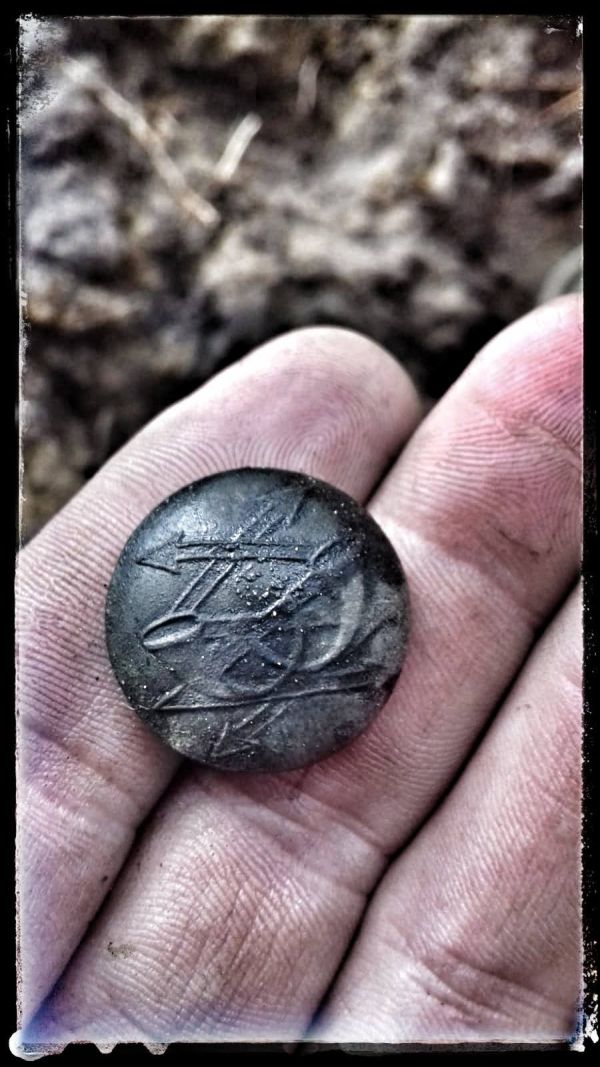 Piotr Konarski from the Silesian Exploration Group said that a button found at the site almost certainly belonged to one of the Ukrainian passengers.Śląska Grupa Eksploracyjna/Facebook

He recalled that his grandfather had been in the area at the time of the crash and that he came into the possession of a number of silver coins.

The group now plans to search the site more thoroughly and finally to erect a commemorative plaque.

The remains from the plane will likely go on display in a local museum.