The merry wives of diplomacy: Ambassadors’ wives get together to fight inequality

A group of diplomatic wives have joined forces to help combat inequality.

The group led by Julia Przyłębska, wife of the Polish Ambassador to Germany, and including the wives of ambassadors from Georgia, Ghana and Ukranie, met for dinner at the ambassador’s Berlin residence where they discussed ways of fighting disproportions in global development and to highlight the problem.

Talking at the event, Julia Przyłębska said: "The riots in various parts of the globe, which often are just results of economic inequalities, makes us all aware that if we do not build more solidarity in the world and actively fight these inequalities in every dimension, from civil society to the political elite, we can pay a high price.”

She added that being wives of diplomats the group is in an ideal position to support those struggling against economic inequalities.

She said: "Within the embassy, it is easy to bring together an international group of people from different countries in order to exchange and work together on solutions for today‘s global problems: unequal salaries and wages, the rights of the disabled and seniors, the access of the poorest to education. Also we ladies often have the advantage of having enough time, because we are rarely active professionally."

The ambassadors‘ wives plan to create a chapter which will choose people or institutions which have remarkable achievements in fighting economic disproportions. 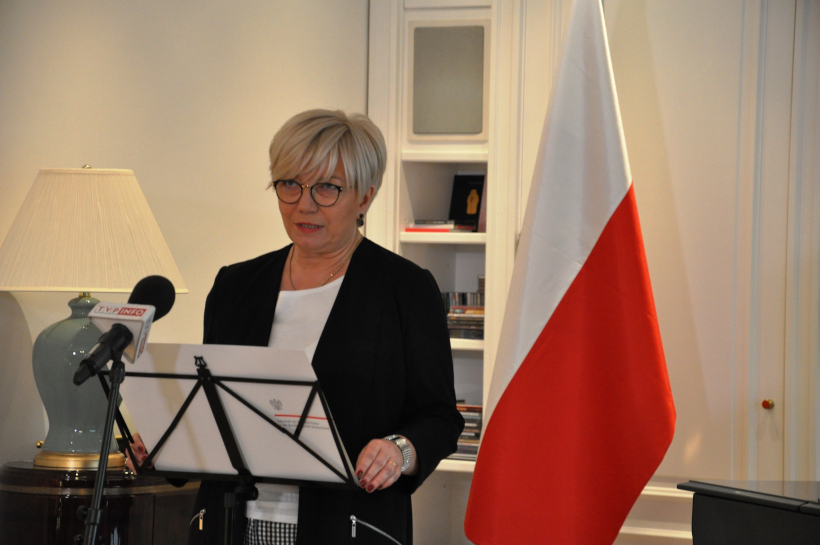 Talking at the event, Julia Przyłębska said: The riots in various parts of the globe, which often are just results of economic inequalities, makes us all aware that if we do not build more solidarity in the world and actively fight these inequalities in every dimension, from civil society to the political elite, we can pay a high price.Polish Embassy in Berlin

The chapter will be chaired by a representative of the Polish diplomatic corps in Berlin, and the embassy will be responsible for all organisational tasks.

The meeting was also attended by representatives of the Polish diaspora in Germany and Mrs Sarah Singer, the President of the JNF-KKL, Jewish National Fund.

She said: "Of course we start our project small right now. But from small steps often something bigger develops, it is not only big politics that solve the world’s problems but also the little movement of movements like ours.

“We want to show the needy what they are supposed to do in order to move on, to further develop, we want to teach them how to help themselves.

“We want to organise international exchanges, whether between Poland and Israel or between other countries, where young people can learn from each other, whether in the area of high tech, dealing with resources/environmental issues or agricultural industry for instance.”

Halina Szymańska, head of the Polish President‘s cabinet who is also involved, said: "We women have enough energy, efficiency and social sensitivity to face such challenges.

“I do not rule out the possibility that the office of the President will also show concrete interest or participate in the initiative in the nearest future.”

Poland does not need lessons in democracy says PM