Poland took home another three medals in a nail biting final day of high drama at the European Athletics Championships in Berlin yesterday.

Anita Włodarczyk, the undisputed favourite in women’s hammer throw, yet again proved her dominance with a staggering 78,94m, setting the European Championship record.

Following her stunning performance, Włodarczyk told reporters: “I was getting better with every throw. I started as always, with 69 meters. In the 4th round, when the result was the best, I threw the hammer badly – it was too low. I fought until the end, because I wanted to reach 80m. In my head I was thinking about the world record, since everything was looking great during training.” 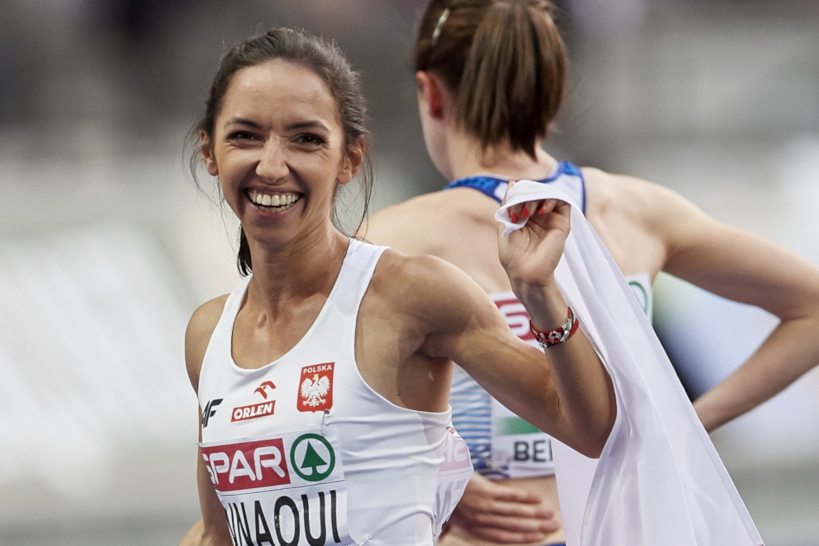 Włodarczyk dedicated her medal to the recently deceased Irena Szewińska (a legendary Polish athlete and sprinter) and her parents. ”I wanted to give them a present for their 40th wedding anniversary, which is today. I quietly hoped for it. I think I managed,” she added.

The third medal, silver in women’s 1500m was won by Sophia Ennaoui, who was beaten only by Laura Muir from Great Britain.

Ennaoui said: “I am extremely happy about this silver. There is no point in wondering, if there was a chance for gold. Two weeks ago I had serious food poisoning, about which I told no one. It made me stop training for a week. It is usually like this for me, that when something begins badly, it ends well. This time it was also the case.”

The medal table rivalry lasted until the very last competition, the men’s 4x100m relay. In an unexpected turn, the Polish team was disqualified due to one of the athletes stepping out of his lane. 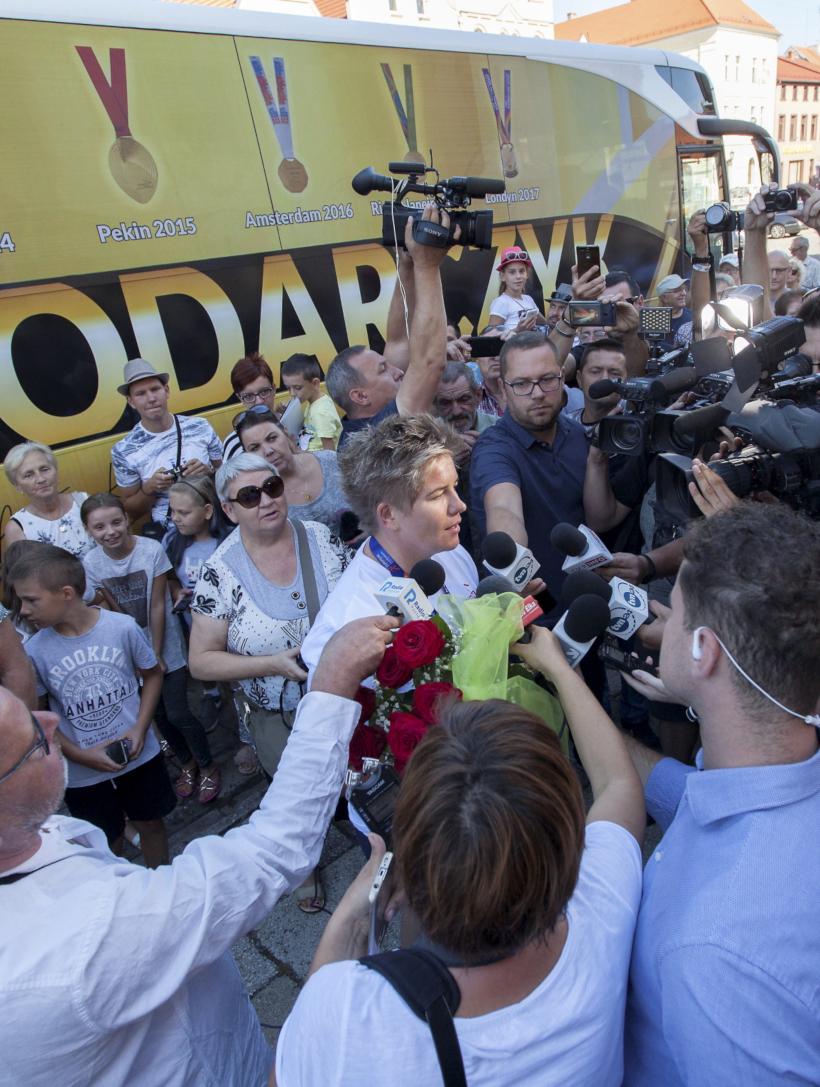 A hero’s welcome: Anita Włodarczyk with the fans, who gave her a lift home in an especially decorated bus. With a marker, Włodarczyk added her newest trophy to the bus design.Aleksander Koźmiński/PAP

The British team grabbed their chance, came first and stripped Poland of its first place in the medal table.

This didn’t stop fans celebrating though. Anita Włodarczyk was met with dozens of cheering supporters, who came straight from her home town of Rawicz to celebrate her 4th European Championship golden medal.  Moved by the gesture, the champion drove home from Berlin with the fans, in a bus decorated with the trophies for her previous achievements.

Włodarczyk shared: “It was cheerful, we had champagne, but it was a well-behaved celebration. Most of the people slept, since they left Rawicz early on Sunday morning. For them it was also a challenge, but they managed it well. For the first time since I come back from major tournaments I rode with the fans. I thanked everyone for their commitment.”